The biggest global issues that weren't discussed at the debates.

Republican nominee Mitt Romney often uses Europe's fiscal woes as a cautionary tale. In the third presidential debate, in Boca Raton, he twice mentioned that out-of-control spending has the United States "headed to the road to Greece," but you would think from listening to the debates that Europe's crisis has no impact on the United States. 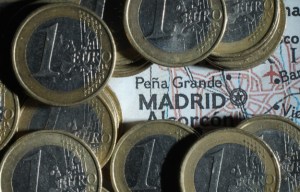 Republican nominee Mitt Romney often uses Europe’s fiscal woes as a cautionary tale. In the third presidential debate, in Boca Raton, he twice mentioned that out-of-control spending has the United States “headed to the road to Greece,” but you would think from listening to the debates that Europe’s crisis has no impact on the United States.

As both candidates know, in an increasingly interconnected financial system, U.S. markets rise and fall on the news from Brussels, and the crisis in Europe has been a drag on America’s own economic recovery. Obama’s Treasury Department has been putting pressure on Germany to support stimulus packages and move away from its previous commitment to austerity, though the United States has been unwilling to put its own money on the table. German Chancellor Angela Merkel nevertheless appears to have gotten the message, though perhaps only because she now sees the crisis’s flames beginning to lick around the edges of her own country.

Would Romney take a different approach? Does either candidate have a contingency plan for the potential economic impact of a eurozone breakup? Do either have thoughts about how the crisis is reshaping the balance of power in the European Union or forcing member states to reduce defense budgets? From the debates, it’s not quite clear. 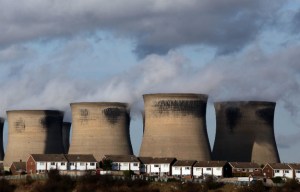 Voters in 50 years, when the effects of rising sea levels and hotter global temperatures are more acutely felt, will likely find it downright bizarre that the two candidates for the presidency in 2012 managed to debate for a total of 4 ½ hours without ever saying the words “climate change” or “global warming.” It was the first time the topic had not been discussed in the last 24 years of presidential debates. (Candy Crowley, moderator of the second debate, later told “all you climate people” that she had wanted to include a question on the topic but ran out of time; Bob Schieffer, who moderated the third and final debate, said, “I had questions about climate change to talk about,” but let the candidates ramble on about teachers and auto bailouts instead.)

Romney, who supported a cap-and-trade plan as governor of Massachusetts, has lately been hesitant even to admit that humans cause climate change. Obama, whose 2008 pledge to “slow the rise of the oceans” has become a Republican laugh line, has frustrated environmentalists with the administration’s lack of action on the issue.

Yes, there was some talk of investments in clean energy in the debates, but paeans to the coal industry were a lot more prevalent. Blogger David Roberts probably spoke for many environmentalists when he tweeted during the second debate, “from a clean-energy/climate perspective, that debate was a f’ing horror show. We are all doomed.” 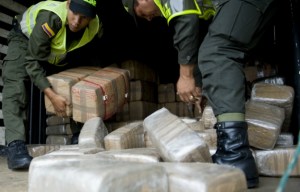 THE WAR ON DRUGS

Except for a brief mention by Romney of the “Fast and Furious” scandal during a discussion of gun violence, there was no discussion in the debates of U.S. drug policy — a topic with serious domestic and international implications.

The United States is spending around $40 billion per year on the war on drugs while leading the world in illegal drug use. Money spent on counternarcotics efforts in Latin America has done little to either control violence or slow the flow of drugs into the United States, and leaders in the region are talking more seriously than ever about plans to decriminalize drug use. The lack of discussion of Mexico’s drug violence — which has killed nearly 50,000 people since 2006 — seems particularly egregious after the killing of a U.S. border patrol agent this week.

Obama tends to laugh off questions on marijuana laws, but thanks in large part to drug arrests, the U.S. prison population dwarfs every other country on the planet, including China, and 40 percent of drug arrests in the United States are for simple marijuana possession — a crime the president himself was once known to dabble in with no apparent ill-effects. Legalization initiatives are on the ballots in three states this year. Washington’s stands a good chance of passing. But the debates gave no indication of how either candidate would respond as president. 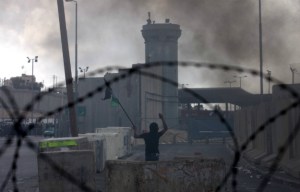 Romney did mention that Israeli and Palestinian leaders “haven’t had talks in two years” in the final debate, but for all the discussion of the state of U.S.-Israeli relations, the debates would still give the impression that Iran’s nuclear program is the only pressing issue facing the Jewish state. Obama was not pressed to defend his administration’s faltering efforts to restart talks between the two sides, and Romney was not challenged to define how he would approach the problem differently, or defend the controversial claim he made in the now-infamous “47 percent” video that “the Palestinians have no interest whatsoever in establishing peace.”

Both candidates may be taking their cues from Israeli Prime Minister Benjamin Netanyahu, who in his international speeches has tended to emphasize the Iran issue over the Palestinian question. But while both U.S. candidates claim — in principle — to support a two-state solution, the debates didn’t offer much hope that they would do anything to make it a reality. 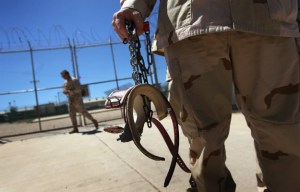 Particularly on foreign policy, the differences between the two candidates are often more a matter of nuance and emphasis than policy. But when it comes to the treatment of terrorism suspects, the differences are pretty clear — making it all the more strange that Schieffer didn’t bring it up.

Obama unexpectedly raised the topic of his administration’s failure to close the detention center at Guantánamo Bay in an interview with Jon Stewart last week, “I still want to close Guantánamo. We haven’t been able to get that through Congress.” Romney famously promised to “double Guantánamo” in 2007. While he’s quieter about the issue in this election, he presumably still favors keeping the detention center open.

There’s also a stark contrast on the issue of “enhanced interrogation techniques.” Obama banned practices not included in the Army Field Manual as one of his first acts as president and has stuck with that policy even as he’s moved in a more hawkish direction on the use of drones and indefinite detention. Romney’s campaign, meanwhile, has suggested that he will rescind the order, and the governor has vowed to use “enhanced interrogation techniques which go beyond those that are in the military handbook right now.” Romney hasn’t specified what techniques he means, and there was no discussion of detainees in any of the debates. 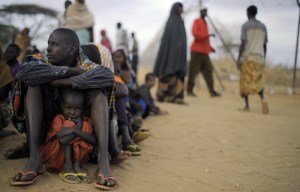 If the candidates had prepared for the debate by learning the name of the president of Ubeki-beki-beki-beki-stan-stan, they didn’t get a chance to show it off. Thanks to Romney, U.S. trade policy in Latin America and the security crisis in Mali made brief appearances in the final debate, but the foreign-policy discussion in this election has still mostly been a Mideast policy debate, with occasional timeouts for China-bashing. The lone mention of Asia’s other rising power — India — was as a competitor for jobs. Other than terrorism in Mali, the United States apparently has no interests worth discussing on the continent of Africa, outside of the coastal Arab states. North Korea was mentioned once by Romney, but not discussed in detail. Japan was mentioned only by Schieffer – and only then during a question about Israel.

So much for that pivot.

NEW FOR SUBSCRIBERS: Want to read more on this topic or region? Click + to receive email alerts when new stories are published on U.S. Foreign Policy, Economics, North America

Ready to Fight Tonight? Not So Much, Some Army Troops Say

The Loneliest Lactation Consultant in the World

Ready to Fight Tonight? Not So Much, Some Army Troops Say

The Loneliest Lactation Consultant in the World