If the president wins again on Nov. 6, he might fire up an Etch-a-Sketch of his own.

Back in April, we looked at the campaign pledges that Mitt Romney would likely have to renege on to be an effective president. But whoever wins on Nov. 6, expect a few more shakes of the Etch-a-Sketch. Here are five issues Obama might want to reverse course on. 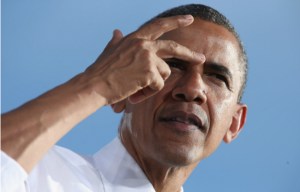 Back in April, we looked at the campaign pledges that Mitt Romney would likely have to renege on to be an effective president. But whoever wins on Nov. 6, expect a few more shakes of the Etch-a-Sketch. Here are five issues Obama might want to reverse course on.

Obama’s campaign promises to “transition security responsibility to the Afghan people, and is on track to responsibly end the war there in 2014.” Vice President Joe Biden was even more explicit in his debate with Paul Ryan, saying, “We are leaving in 2014, period.” Of course, it all depends on what your definitions of the words “end” and “leaving” are.

The State Department says it is conducting negotiations with the Afghan government to extend the U.S. troop presence in the country past 2014 in order to conduct counterterrorism operations and continue training Afghan forces. The Strategic Partnership Agreement signed by Obama and Afghan President Hamid Karzai in May promises an ongoing U.S. commitment to Afghanistan’s security until 2024 but doesn’t specify troop levels. Some military officials say as many as 25,000 U.S. troops could remain in Afghanistan after 2014. 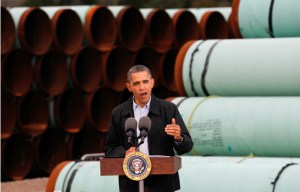 For all the attention it’s gotten on the campaign trail, Obama’s decision to reject the construction of the Keystone XL oil pipeline, which would transport oil from the controversial tar sands of Alberta, Canada, was really more of a delay. Though environmentalists cautiously applauded the decision at the time, Obama’s objection to the project was actually rooted in the 60-day-deadline Congress had insisted on for approval of the project rather than environmental concerns over what climate scientist James Hansen calls “essentially game over” for the planet.

“I’m disappointed that Republicans in Congress forced this decision, but it does not change my administration’s commitment to American-made energy that creates jobs and reduces our dependence on oil,” Obama said at the time. In March, Obama approved construction of the southern portion of the pipeline, and the original decision gives him plenty of wiggle room to revisit the Canadian pipeline after the election, when he’s not worried about disaffected environmentalists staying home. 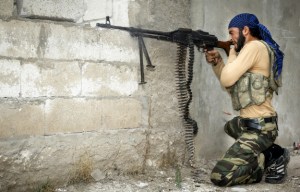 Obama has ruled out imposing a no-fly zone or providing weapons to rebels in Syria unless it appears that Bashar al-Assad’s of mass destruction may fall into the wrong hands. But circumstances on the ground may push the administration to take on a greater role. Earlier this month, it was reported that 150 U.S. troops had been deployed to Jordan to help prepare for a flood of Syrian refugees and work on contingency plans if the Syrian government loses control of its chemical weapons.

Officials have also discussed the possibility of the U.S. supporting Jordanian troops in setting up a buffer zones between the two countries — though the form this support would take is still unclear. The United States is also taking on a greater political role in the Syrian opposition, helping to set up a new leadership body to unite the major rebel factions. There’s also the possibility that NATO member Turkey might invoke Article 5 — which commits members to defense of their fellow states — in response to further provocations from Syria.

Obama would likely wish to avoid another military entanglement in the Middle East, but it’s quite possible he will no longer have that option if the situation continues to deteriorate. 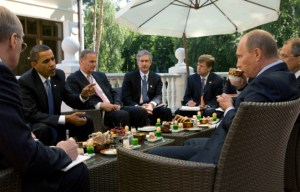 Launched with high hopes — if poor spelling — in early 2009, the vaunted “reset” in relations with Russia has seen better days. Senior U.S. officials maintain that the initiative has been successful in getting Russian cooperation on a variety of issues including nuclear weapons, Iran, and supply routes into Afghanistan. But in recent days, Russia has kicked out USAID, withdrawn from a 20-year pact to secure loose nuclear material, and been accused of continuing to supply weapons to the Syrian government. Russia has likely gone as far as it is willing to on Iran sanctions and the reduced — if not eliminated — U.S. presence in Afghanistan will make the Northern Distribution Network less of a factor. (No wonder President Vladimir Putin wants NATO forces to stay.) The Kremlin is also now crowing over what it sees as the vindication of its opposition to the international intervention in Libya. The United States has also been showing a bit more willingness lately to criticize the Kremlin on human rights grounds.

After friendly first-term relations best remembered for George W. Bush’s claim to have seen into Putin’s soul, things were much frostier in the second term. With Putin now back in power, having supplanted interregnum leader Dmitry Medvedev, Obama may have his own change of heart. 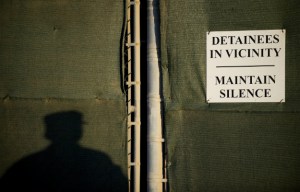 Can you flip-flop on the same issue twice? Obama’s failure to follow through on the executive order he signed in January 2009 closing the detention center at Guantánamo Bay was one of the biggest disappointments for his liberal supporters. In his second term, he’s likely to disappoint them all over again.

“I still want to close Guantánamo. We haven’t been able to get that through Congress,” Obama told the Daily Show‘s Jon Stewart in October. Yes, the GOP-controlled House has been an obstacle in closing the facility, but little about Obama’s record in office indicates that it’s been a major priority. Obama has ordered the resumption of military commissions at Gitmo and signed a Defense Authorization Act allowing the military to indefinitely detain terrorist suspects, including U.S. citizens, without trial.

Assuming the Democrats don’t win back both houses of Congress, it seems unlikely that Obama will spend political capital on this.

Afghanistan: The Taliban's 'War on Drugs' Could Backfire