Why Do We Keep Digging Up Dead World Leaders?

Exhuming the remains of the powerful rarely changes what we know about their deaths.

On Tuesday, a Palestinian medical team cranked open the West Bank grave of former Palestinian leader Yasir Arafat, took samples of his remains, and handed the evidence over to European experts to determine whether Arafat was poisoned -- by Israel, the theory goes -- before his death in 2004. "This will bring closure," Arafat's widow observed, "We will know the truth about why he died."

But that answer won't come for at least another three months, according to Palestinian medical officials. And even then, the results could very well be inconclusive. Polonium-210, which a Swiss lab detected on Arafat's clothing this summer, decomposes quickly. And if the long history of exhuming world leaders is any guide, the macabre exercise rarely proves the conspiracy theorists right. Here are seven of the most famous examples. 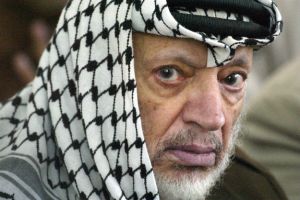 On Tuesday, a Palestinian medical team cranked open the West Bank grave of former Palestinian leader Yasir Arafat, took samples of his remains, and handed the evidence over to European experts to determine whether Arafat was poisoned — by Israel, the theory goes — before his death in 2004. “This will bring closure,” Arafat’s widow observed, “We will know the truth about why he died.”

But that answer won’t come for at least another three months, according to Palestinian medical officials. And even then, the results could very well be inconclusive. Polonium-210, which a Swiss lab detected on Arafat’s clothing this summer, decomposes quickly. And if the long history of exhuming world leaders is any guide, the macabre exercise rarely proves the conspiracy theorists right. Here are seven of the most famous examples.

In 2008, Venezuelan President Hugo Chávez announced a curious new project: a commission to exhume the remains of the 19th century military and political leader Simón Bolívar and determine whether the inspiration for Chávez’s Bolivarian Revolution had really died from tuberculosis in 1830. Chávez’s suspicion? Elites in Colombia and Venezuela had assassinated Bolívar to prevent him from uniting Latin America. “How the oligarchs fooled us,” Chávez marveled, “how the historians who falsified history fooled us.”

Chávez opened Bolívar’s grave in 2010 with characteristic flair, displaying the independence icon’s skeleton on national television. But the results of the investigation, unveiled in 2011, proved the Venezuelan leader wrong. Experts found toxins that may have contributed to Bolívar’s death, but suggested they may have come from medicine. “We could not establish the death was by non-natural means or by intentional poisoning” Venezuela’s vice president explained. Chávez was unmoved. “They killed Simon Bolívar,” he insisted, even while admitting that he didn’t “have proof” (the Venezuelan president is now building a mausoleum for his hero).

The circumstances surrounding the death in 1850 of Zachary Taylor — one of eight U.S. presidents to die in office — are admittedly bizarre. As the History Channel tells it, Taylor “gulped down a large quantity of cherries and iced milk” at an event associated with the construction of the Washington Monument and then chased it with “several glasses of water” after returning to the White House. He died several days later after suffering from a stomach ailment that his doctors suspected was a bacterial infection of the small intestine.

In the early 1990s, the author Clara Rising, convinced that Taylor had been poisoned because of his opposition to slavery, persuaded a coroner in Kentucky, where Taylor is buried, to exhume the former president’s remains. But medical officials determined that Taylor died from any of “a myriad of natural diseases which could have produced the symptoms of gastroenteritis.” Rising too had difficulty accepting the lack of evidence of foul play. “His political enemies benefited from his removal, whether they removed him or not,” she declared. 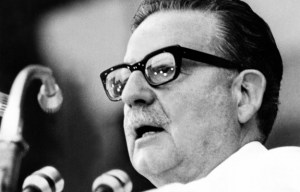 When Chilean President Salvador Allende (pictured above) died in a 1973 coup, the military junta that seized control of the country announced that the Marxist leader had fatally shot himself in the head in his besieged presidential palace with a submachine gun given to him by Cuba’s Fidel Castro, according to an autopsy. But doubts about the official narrative swiftly surfaced; within days of Allende’s death, his wife suggested that her husband might have been murdered by the military, and Castro embraced the theory. Later, a doctor who was with the president on the day of his death insisted that Allende had killed himself, while a Chilean medical examiner backed the assassination hypothesis.

In early 2011, a Chilean judge ordered an investigation into Allende’s death as part of an inquiry into human rights abuses under Gen. Augusto Pinochet. After exhuming Allende’s remains, foreign experts concluded that Allende had indeed committed suicide using the AK-47 he’d received from Castro. After four decades of conspiracy theories about Allende’s death, the second autopsy had confirmed the first.

Wladyslaw Sikorski, the leader of Poland’s government-in-exile during World War II, perished in a plane crash near Gibraltar in 1943. A British investigation at the time blamed the incident on jammed controls, but speculation swirled for decades that Sikorski had been assassinated prior to the crash — perhaps even on the orders of Soviet leader Joseph Stalin or British leader Winston Churchill.

Polish authorities exhumed Sikorski’s remains in 2008, but investigators soon concluded that the general died of the kind of multiple organ failure that people typically suffer in a plane crash, and uncovered no evidence that he was poisoned, shot, or strangled. Poland’s Institute of National Remembrance, which had launched the probe, refused to accept that the plane had simply malfunctioned, quickly moving on to its next suspect: sabotage. 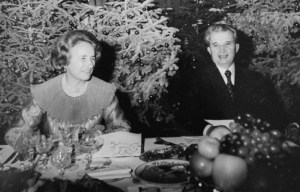 When the Romanian dictator Nicolae Ceausescu was ousted from power in a 1989 revolution and executed by military firing squad along with his wife Elena (both pictured above), Romanian authorities quickly buried the couple in the Ghencea cemetery in Bucharest — under crosses with false names to prevent the tombs from being desecrated.

The hasty interment prompted Ceausescu’s children to question whether their parents were really buried in Ghencea and request the exhumation of their remains as part of a five-year lawsuit. They eventually won their case, and DNA tests confirmed their parents’ identities in 2010. Valentin Ceausescu, whose doubts had kept him from visiting Nicolae and Elena’s graves for years, reburied his parents at the same cemetery.

Asif Nawaz, Pakistan’s army chief and a prominent proponent of democracy, died in 1993 while jogging, in what the Pakistani military described as a heart attack. But his widow suspected that he’d been poisoned, and the Pakistani police ordered an exhumation after scientists in the United States found arsenic in the general’s hairbrush. The autopsy, however, confirmed that Nawaz had suffered a heart attack.

The results didn’t convince Nawaz’s brother Shuja (a frequent FP contributor and no conspiracy theorist). “The mystery remains till someone comes forward from within the US government at that time or from Pakistan,” he wrote in 2008.

The investigation into the death of Turgut Özal, a Turkish prime minister and president, could prove to be the exception to the rule. When Özal passed away in 1993 while in office, Turkish officials cited heart failure as the cause of death. But his wife Semra soon suggested that her husband, whose efforts to create a Turkic union and end the Kurdish insurgency had earned him enemies, had been poisoned by lemonade that he drank at the Bulgarian Embassy in Ankara.

Turkish investigators have since exhumed Özal’s body, and Today’s Zaman reported over the weekend that forensic tests have discovered four different poisonous substances in the former president’s remains, including DDT and DDE at 10 times the normal level. But the official report on his death has yet to be released.

Even if Turkish authorities find that Özal was poisoned, the record of high-profile exhumations validating conspiracy theorists is spotty at best. Just this month, scientists determined that the 16th-century Danish astronomer Tycho Brahe, who has now been exhumed twice, did not die from mercury poisoning, as some suspected. After coming up empty so many times, you’d think we would learn to just let the dead rest in peace.

Uri Friedman is deputy managing editor at Foreign Policy. Before joining FP, he reported for the Christian Science Monitor, worked on corporate strategy for Atlantic Media, helped launch the Atlantic Wire, and covered international affairs for the site. A proud native of Philadelphia, Pennsylvania, he studied European history at the University of Pennsylvania and has lived in Barcelona, Spain and Geneva, Switzerland. Twitter: @UriLF