Which world leaders will be getting coal in their stocking this year?

With the year coming to an end, and Santa finalizing his list, we run down the leaders most deserving of praise and scorn in 2012.

With the year coming to an end, and Santa finalizing his list, we run down the leaders most deserving of praise and scorn in 2012. 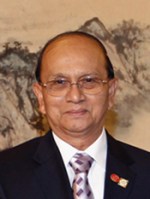 There were plenty of reasons to be skeptical in 2011 when this longtime member of Myanmar’s ruling military junta took over the presidency, but so far he’s followed through on his pledges to allow the country to slowly democratize, holding relatively free and a fair parliamentary elections in April that brought longtime regime foe Aung San Suu Kyi into the parliament. The two might make an unlikely pair, and Myanmar is still a long way from true democracy, but this year’s success is worth noting.

Banda took over the presidency in April after the unexpected death of her predecessor Bingu wa Mutharika, who had been best known for lavishing millions on presidential palaces, private jets, a fleet of Mercedes (while his people have one of the lowest living standards in the world), and brutally crushing the political opposition. Banda quickly came in to clean house and restore her struggling country’s reputation: she leased the jet, fired officials known for cracking down on the opposition, and persuaded foreign governments — including Britain and the United States, who had tired of Mutharika’s antics — to start sending aid again. 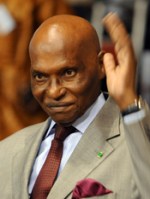 Senegal’s president for the past 12 years leaves a decidedly mixed legacy, praised by some as a bold reformer but chastised for wasting public money on garish monuments, pursuing a constitutionally questionable third term in office, and seeming to groom his son as a successor. But when push came to shove, and polls showed he had been commandingly defeated by onetime protégé Macy Sall in April’s presidential election, Wade surprised many by quickly calling Sall to concede — avoiding yet another political crisis. Considering Senegal’s unruly neighbors — every one of the four countries it borders has had a coup in the last five years — that’s sadly worth some praise.

Francois Hollande
France
He went on a real apology tour.

Putting aside his controversial economic plans and views on the Eurocrisis for a moment, Hollande deserves credit for publicly confronting some of the uglier moments in French history. In July, at a ceremony marking the 70th anniversary of the Vel d’Hiv round-up — during which over 13,000 Jews were detained by French police and deported by concentration camps, an event that was denied by French governments for decades  — Hollande gave a moving speech calling for citizens to come to terms with this “crime committed in France by France,” and praised political rival Jacques Chirac for being the first president to acknowledge French complicity.

In October, Hollande became the first French president to acknowledge the government’s responsibility for the 1961 massacre of hundreds of pro-Algerian protesters by Paris police. In a visit to Algeria this month, he followed up by referring to the “profoundly unjust and brutal” nature of French colonial rule. While the remarks stopped short of the direct apology many Algerians were hoping for, Hollande deserves credit for his willingness to discuss the times France has not lived up to its ideals. 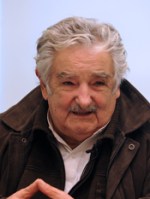 Lots of presidents talk about their humble origins and portray themselves as men (or women) of the people, but Mujica backs it up. The “world’s poorest president” donates 90 percent of his salary to charity, has forgone the presidential palace to live in a ramshackle farmhouse outside Montevideo, and gets around in a 1987 Volkswagen Beetle. Uruguay’s business community may have worried when the former leftist guerilla fighter was elected in 2009, but so far he’s been more Lula than Hugo on economics this year, while pursuing some dramatic social reforms — including measures to loosen restrictions on abortion, allow gay marriage, and legalize small amounts of marijuana. 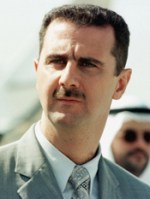 Bashar al-Assad
Syria
He’s in his own category of awfulness.

Once widely considered among the most promising of the Middle East’s reformist autocrats, Assad has taken the wholesale destruction of his own country to unspeakable levels this year, with the death toll topping 37,000 according to some estimates, hundreds of thousands displaced, and entire towns leveled. Assad also apparently has few reservations about using weapons like Scud missiles and cluster munitions on his own people. Even his friends in Russia seem to be getting tired of defending him.

Kim Jong Un
North Korea
He’s a daddy’s boy… and consider who his daddy was.

Hopes that North Korea’s young leader might take some steps to help his isolated and impoverished country rejoin the world faded quickly this year, with Kim reaffirming his father’s “military first” policy, launching ballistic missile in defiance of international condemnation, detaining U.S. citizens, and — reportedly — executing wayward military officials by mortar fire. Perhaps fatherhood will soften him a bit, but we wouldn’t count on it.

Aleksandr Lukashenko
Belarus
For not even being embarrassed about being a dictator.

Most dictators at least deny being dictators. But Lukashenko is done with that facade, telling a Reuters correspondent this year, “I am the last and only dictator in Europe. Indeed there are none anywhere else in the world… You came here and looked at a living dictator. Where else would you see one?” Lukashenko, who seems to be grooming his 7-year-old son as his successor, lived up to his reputation this year, with widespread arrests of journalists and political opponents. He ended the year on another low note, seeming to endorse a return to serfdom by seriously proposing that wood-processing workers be prevented by law from leaving their jobs. The only good news? With the way things are going in Ukraine, he may not be able to brag about being Europe’s last dictator for much longer.

Paul Kagame
Rwanda
He’s suppressing his own citizens and destabilizing his neighbors.

While he still has some friends in Washington, this seems to have been the year the gloss finally came of the Rwandan president’s international reputation as a democratic reformer. Kagame’s supporters in the West have largely looked the other way in recent years as evidence of his government imprisoning opponents and muzzling the press has mounted. But the tipping point may have come this year with a long-delayed U.N. report accusing Rwanda of actively supporting the M23 rebel movement, which has taken over wide swathes of the neighboring Democratic Republic of Congo. Several countries, including Britain and Germany, have now suspended aid to the onetime darling of the development community.

It’s still early to say, but Morsy hasn’t exactly reassured his opponents and critics, who feared that once in power the Muslim Brotherhood leader would seek to limit open democracy in Egypt. Indeed, he’s pushed through a new Islamist-backed constitution that contains few protections for the press, minorities, and women’s rights — and which many fear could put political power in the hands of clerics. There are also disturbing reports that Morsy’s supporters have abused and abducted opponents during demonstrations against his constitutional power grab and that he has blocked investigations of their actions. Let’s hope the last month was not a sign of what’s to come.