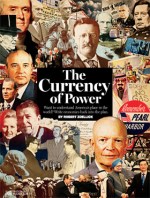 In arguing that the United States should reintegrate economics into its foreign policy (“The Currency of Power,” November 2012), Robert Zoellick ransacks America’s past to make his case for a future foreign policy based on the conservative economics of debt reduction and budget-cutting. Echoing U.S. presidential candidate Mitt Romney’s dismissive view of America’s “47 percent,” Zoellick, who was the Romney transition team’s chief national security advisor, argues for a foreign economic policy that favors “makers over takers.”

Twelve years ago, Zoellick had a different reading of history. His Foreign Affairs essay “Campaign 2000: A Republican Foreign Policy” foreshadowed a radical turn in U.S. foreign policy under President George W. Bush, under whom he served as U.S. trade representative and deputy secretary of state. Zoellick wrote that “a modern Republican foreign policy recognizes that there is still evil in the world,” after joining neoconservatives in signing two open letters about the need for U.S.-led regime change in Iraq. More than a decade later, national debt has displaced evil in Zoellick’s eyes as the leading threat to U.S. national security.

Zoellick concludes his Foreign Policy essay by asking, “If the United States does not lead now, who will?” That’s certainly a central question in international relations. But neither U.S. military preeminence nor the conservative economics Zoellick embraces will restore America’s hegemony. The kind of global swashbuckling practiced by the Bush administration — and once hailed by Zoellick — underscored the futility of U.S. military power while eroding respect for American leadership.

In his search for the keys to future influence, Zoellick has buried himself and the Republican Party in the doctrines of the past rather than looking forward. If the United States is to reassume global leadership, it will be because the country offers domestic and foreign policies that address climate change, economic inequity, and resource depletion, and chart new paths for international cooperation — not because, as Zoellick argues, it signs more free trade treaties, reduces the debt by slashing social services for the “takers,” or seeks power by maintaining a $700 billion military budget. Zoellick and the Republican Party will further marginalize themselves and the United States by continually trotting out old dogma about national power and the private sector. The new currency of global affairs lies elsewhere.

First, Tom Barry attacks me as “joining neoconservatives” when Foreign Policy has also reported that neocons attack me. Perhaps I should ask FP for a ruling?

Second, I do believe that there is evil in the world. How would Barry describe al Qaeda? Or what I saw on many trips to aid victims of atrocities in Darfur? Or genocides in Europe, Cambodia, and Rwanda?

Third, as for fostering free trade, Barry may wish to expand his acquaintances in the developing world. At the World Bank, I encountered many people, from the poor to government leaders, who fought trade protectionism and obstacles to growth and opportunity. Free trade challenges domestic oligopolies, oligarchies, and special interests, and the Labor parties in Australia and Britain side with me.

Fourth, regarding the U.S. national debt, Barry seems to be an admirer of Alexander Hamilton, America’s first Treasury secretary, whom I respect. But one can have too much of a good thing. President Barack Obama — and former President Bill Clinton — have favored debt and deficit reduction too. They also seem to back the private sector that Barry disdains.

Fifth, Barry takes me to task on the military budget even though my article said nothing about the size of that budget. As a fiscal conservative, I believe all spending should be scrutinized. However, the first duty that the U.S. Constitution assigns the president is “commander in chief,” and national security is the first responsibility of government.

Finally, as for climate change, I led the U.S. negotiations for the successful 1992 U.N. Framework Convention on Climate Change, and at the World Bank I raised more than $7 billion — leveraged to $50 billion — for Climate Investment Funds that are assisting about 50 developing countries. I advanced biodiversity, debt-for-nature swaps, protection of species ranging from elephants to tigers, and initiatives to save life and livelihoods in the oceans.

Debate is all to the good. But illogical vitriol is thin gruel.