The Things They Carried: The Third Amiga

What rising GOP star Kelly Ayotte takes with her to the Senate.

First-term U.S. Senator Kelly Ayotte, 44, is making a name for herself in foreign-policy circles, teaming up with her gray-haired Republican colleagues John McCain and Lindsey Graham to lead the GOP’s critique of Barack Obama’s administration. With a key seat on the Armed Services Committee, she has been dubbed the “third amiga,” filling the shoes of departed Sen. Joe Lieberman, who worked closely for years with McCain and Graham on international issues. A former New Hampshire attorney general, she brought a prosecutor’s eye to the investigation of the attack on the U.S. Consulate in Benghazi, Libya. As the wife of a former Air Force pilot, she says that maintaining a strong military amid pending defense cuts is her top priority. Here’s what the senator carries in her black Buxton leather tote. 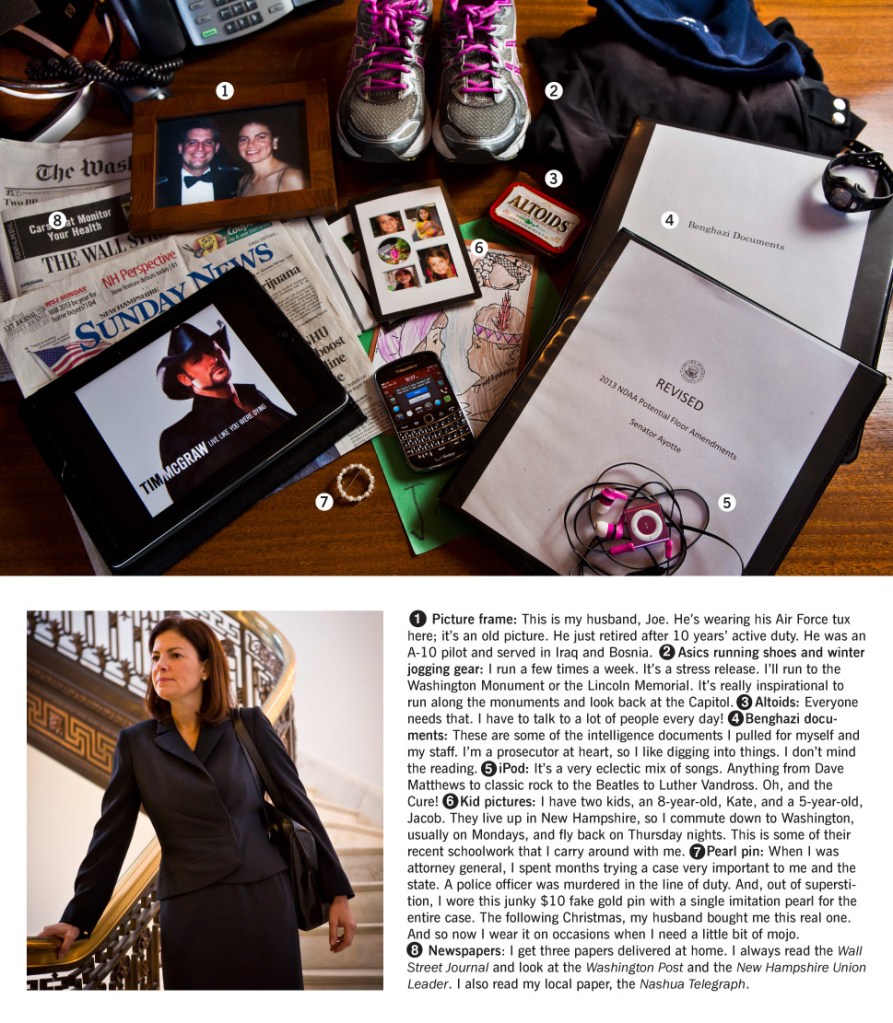