A Binder for Obama

Has the U.S. administration become too much of a boys' club? Here are 10 women the president could appoint to top national security jobs.

With the departure of Hillary Clinton and the scuttled nomination of Susan Rice — and men slotted as nominees or returnees for key positions including secretary of state, defense secretary, CIA director, director of national intelligence, White House chief of staff, and national security advisor — it’s hard to avoid the impression that the Obama administration’s foreign-policy team is something of a boy’s club. As FP columnist Rosa Brooks put it in a recent article, “It’s fine to say that such critical foreign-policy and national security positions ought to go to the best guy for the job, but sometimes, the best guy is a woman.”

There are exceptions, of course: Rice and Homeland Security Secretary Janet Napolitano might stay in their positions, and there are certainly plenty of high-ranking women scattered across various agencies, but at the uppermost levels, it’s looking awfully male. (And awfully white, for that matter.) Now, some of the United States’ most prominent female national security experts are finding themselves on the outside looking in.

Here are a few alternative names Barack Obama might want to consider for high-ranking posts:

Qualifications: Jane Harman has been closely involved in U.S. national security policy since Jimmy Carter’s administration, when she served as counsel to the Department of Defense. Over her two decades in Congress, Harman served on the Armed Services, Intelligence, and Homeland Security committees, traveling widely as part of congressional delegations. She stepped down in 2011 to run one of the country’s most respected foreign-policy think tanks. She has lately been a critic of America’s overreliance on drone strikes in counterterrorism. Due to her longtime interest and expertise in intelligence issues, she had been mentioned as a potential successor to David Petraeus as director of the CIA. 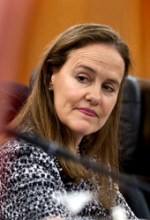 Current job: Board member at the Center for a New American Security

Qualifications: Michèle Flournoy served in several capacities in Bill Clinton’s Defense Department and went on to co-found the Center for a New American Security (CNAS) — one of Washington’s most influential defense think tanks. She led Obama’s defense transition team and from 2009 to 2012 ran the Pentagon’s powerful policy shop. During the 2012 campaign, she was one of the Obama campaign’s leading surrogates on foreign policy and more recently was one of the main names being mooted as defense secretary prior to Chuck Hagel’s nomination. FP‘s Brooks made the case for Flournoy in December. She’s knowledgeable, well-liked in Washington, and extremely capable. 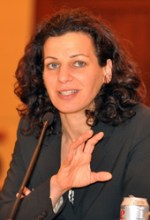 Current job: Lecturer in public policy at the Harvard Kennedy School and columnist for the Boston Globe

Qualifications: Juliette Kayyem previously served as assistant secretary for intergovernmental affairs at the Department of Homeland Security, coordinating the Obama administration’s response to crises including the BP oil spill, the Christmas Day attempted terrorist attack in 2009, and the H1N1 virus. One of the highest-ranking Arab Americans to serve in Obama’s administration, she’s a lawyer by training who specializes in protecting civil liberties while combating terrorist threats. Her columns, which range in topic from Arctic oil drilling to Israeli missile defense to Al Jazeera, are a testament to the wide range of her expertise. 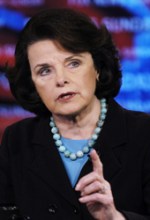 Qualifications: First elected to the Senate in 1992, the former mayor of San Francisco has emerged as a leading voice on national security, becoming the first woman to chair the Select Subcommittee on Intelligence in 2009. Dianne Feinstein has been a frequent critic of U.S. intelligence efforts during the Obama administration — particularly the CIA’s failure to predict the Arab Spring — but has also pushed measures, such as allowing federal agencies to continue to conduct warrantless wiretapping, through Congress over the objections of many congressional Democrats. After two decades in the Senate, it’s possible Feinstein may be looking to focus more intensely on security issues. 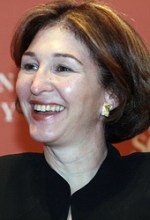 Qualifications: Anne-Marie Slaughter served as director of policy planning at the State Department from 2009 to 2011, receiving wide acclaim for leading the department’s inaugural Quadrennial Defense and Development Review process. Before that, she was dean of Princeton’s Woodrow Wilson School of International Affairs for seven years. Although she chose a uniquely public way to announce her reasons for leaving Washington — with an Atlantic cover story on the difficulty women face raising children while holding down demanding jobs — perhaps she could be coaxed back into the fold with the right job. 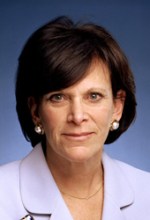 Qualifications: Jessica Matthews has long-standing experience in government, having served on Jimmy Carter’s National Security Council and in Bill Clinton’s State Department, but first established herself as a leading foreign-policy thinker with the widely cited 1997 Foreign Affairs article “Power Shift,” which predicted a move away from national governments years before “American decline” became a catchphrase. That same year, she took over as president of the Carnegie Endowment — FP‘s former publisher — and has expanded it into a global think tank with offices in five countries. Like Obama, she was a vocal opponent of the Iraq war, and she has been calling for environmental issues to be part of the nation’s national security portfolio – now conventional wisdom — since the 1980s. 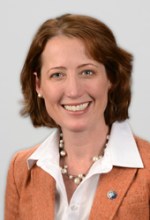 Qualifications: An administration gig would be another quick turnaround for Kristin Lord, who was just named to her position at USIP after four years as director of studies at CNAS — a time when the think tank emerged as perhaps Washington’s most influential voice on military and security affairs. Before that, she held several positions at the Brookings Institution and George Washington University, focusing primarily on U.S. grand strategy. She was a special advisor to undersecretary of state for democracy and global affairs Paula Dobriansky during George W. Bush’s administration. She has recently argued that the State Department should take cues from the private sector in reforming its processes to become more cost-efficient.

Qualifications: As the ranking Democrat on the House Appropriations Committee, Nita Lowey has been a leading congressional voice in defense of foreign aid spending, championing funding for the U.S. Agency for International Development, relief efforts in Darfur, increased attention to HIV/AIDS in the developing world, and enhancement of development work targeted at women’s rights. She has national security experience as well, having served on the House’s Select Intelligence Oversight Panel and the Homeland Security Subcommittee. As a bonus for the president’s political advisors, unlike other leading congressional voices on national security like Jeanne Shaheen and Tammy Duckworth, she represents a safe Democratic district in suburban New York. 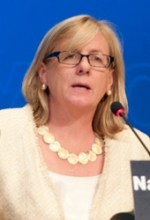 Current job: President of the Connect U.S. Fund, visiting distinguished scholar at the University of North Florida, chair of the Public Interest Declassification Board

Qualifications: Nancy Soderberg worked in the Clinton administration on both the National Security Council and the U.S. delegation to the United Nations. Since then she has been a vice president of the International Crisis Group, started her own consulting firm, written two acclaimed books on foreign policy, and run (unsuccessfully) for Florida’s state Senate. Obama recently named her to lead the Public Interest Declassification Board, an advisory committee set up to promote government transparency, but her interests lie primarily in foreign affairs. As president of the Connect U.S. Fund, which pushes the United States to take a greater role in international governance, she has argued that human rights, development, and climate change should get top billing. 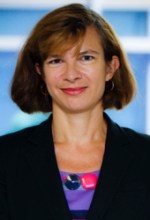 Qualifications: Heather Hurlburt, a former Clinton speechwriter, has long been a leading voice calling for Democrats to take more of a leadership role on national security issues. Under her stewardship, the National Security Network has established close ties to Democratic congressional offices and the Obama administration, and she is a widely published writer on national security strategy and the politics of foreign policy. Fittingly, in 2011, she argued that U.S. foreign policy is hampered by the institutional sexism that keeps women out of positions of power.