Five unlikely but extremely destabilizing global crises that Obama must prepare for now. 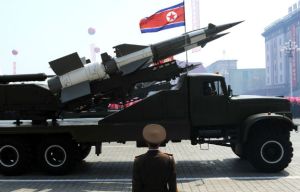 U.S. President Barack Obama begins his second term at a critical moment in world affairs — al Qaeda raising its head in North Africa, President Bashar al-Assad possibly preparing to use chemical weapons in Syria, Iran moving toward the nuclear weapons threshold, and tensions rising in Asia. An unstable world promises to present the president with many challenges in the next four years, and his advisors are already grappling with how to confront them.

Some looming challenges — like the America’s debt or China’s rise — have been the focus of a good deal of attention. However, low-probability but high-impact “black-swan” events could also define Obama’s second term, diverting the president from his intended foreign-policy agenda. These events would be so catastrophic that he needs to take steps now to minimize the risk that they might occur.

Here are some of the black swans that could upend the Obama administration’s agenda over the next four years:

There is a serious risk of an acute U.S.-China confrontation over — or even a direct military conflict on — the Korean Peninsula. The North Korean regime is facing an existential internal crisis. Under such conditions, it is prone to lashing out at neighboring states or engaging in other forms of risky behavior. Although it seems strong, it is also dependent on China’s support and vulnerable to quick-onset instability. If Washington and Beijing fail to coordinate and communicate before a collapse begins, we could face the possibility of a U.S.-China confrontation of almost unimaginable consequences.

The Obama administration has sought to sharpen Pyongyang’s choices, pushing it to recognize that it can’t have nuclear weapons and genuine national strength. To reduce the risks of a confrontation with China over the possibility of a North Korean collapse, the administration should pursue four objectives with Beijing. The countries should disclose information on the location, operation, and capabilities of each other’s military forces that could soon intervene in North Korea; share intelligence on the known or suspected location of North Korea’s weapons-of-mass-destruction assets; initiate planning for the evacuation of foreign citizens in South Korea; and discuss possible measures to avoid an acute humanitarian disaster among North Korean citizens seeking to flee. 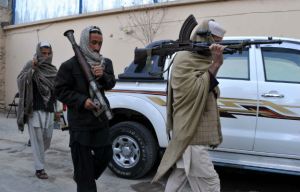 As the 2014 transition to a radically diminished U.S. presence in Afghanistan approaches, the United States will leave behind a perilous security situation, a political system few Afghans see as legitimate, and a likely severe economic downturn. Obama has not yet specified how many U.S. troops will remain in Afghanistan after the transition, but he has made it very clear — including during the recent visit by President Hamid Karzai — that troop levels will be in the low thousands and that their functions will be restricted to very narrow counterterrorism and training missions. He also conditioned any continuing U.S. troop presence in Afghanistan on the signing of a status of forces agreement that grants immunity to U.S. soldiers, a condition that the Afghan government may find difficult to swallow.

Although a massive security deterioration, including the possibility of civil war, is far from inevitable, it is a real possibility. Such a meltdown would leave the administration with few policy options, severely compromising America’s ability to protect its interests in the region.

A major security collapse in Afghanistan would, in all likelihood, initially resemble the early 1990s pattern of infighting between ethnic groups and local power brokers, rather than the late 1990s, when a Taliban line of control moved steadily north. The extent of violence and fragmentation would depend on whether the Afghan army and police force splintered.

Even then, the Afghan government may have enough strength to hold Kabul, major cities, and other parts of Afghanistan. The Taliban would easily control parts of the south and east, while fighting could break out elsewhere among members of a resurrected Northern Alliance or among Durrani Pashtun power brokers. But ethnic fighting could eventually explode even on the streets of Kabul, where Pashtuns harbor resentments about the post-2001 influx of Tajiks that changed land distribution in the capital. In the event of massive instability, a military coup is also a possibility, particularly if the 2014 presidential election is seen as illegitimate.

An unstable Afghanistan will be like an ulcer bleeding into Pakistan. It will further distract Pakistan’s leaders from tackling their country’s internal security, economic, energy, and social crises, and stemming the radicalization of Pakistani society. These trends, needless to say, will adversely affect U.S. interests.

Even though U.S. leverage in Afghanistan diminishes daily, decisions made in Washington still critically affect Afghanistan’s future. The Obama administration can mitigate risks by withdrawing at a judicious pace — one that doesn’t put an unbearable strain on Afghanistan’s security capacity. It should also continue to provide security assistance, define negotiations with the Taliban and Afghan government as a broader reconciliation process, and encourage good governance. 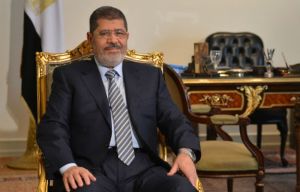 Since the collapse of Hosni Mubarak’s regime in Egypt, the United States has been resolutely focused on maintaining the Egypt-Israel peace treaty, which serves as a cornerstone of stability for the region, an anchor for U.S. influence in the Middle East, and a building block for efforts at Arab-Israeli coexistence. Happily, Egyptian President Mohamed Morsy has signaled his willingness to set aside the Muslim Brotherhood’s ideological opposition and most Egyptians’ hostility to Israel. Several factors, however, could still destabilize the situation, including terrorist attacks in Sinai or from Gaza, the collapse of the Palestinian Authority, and populist demands to break relations with Israel.

If Morsy were to ditch this peace treaty, it would represent a profound strategic defeat for the United States in the Middle East and could threaten a regional war. The United States should continue its policy of conditional engagement with Morsy’s government and, in particular, deepen its security cooperation and coordination. It should also develop a new modus vivendi with Egyptian and Israeli partners through cooperation over common concerns in Sinai and Gaza that would advance the sustainability of the peace treaty. 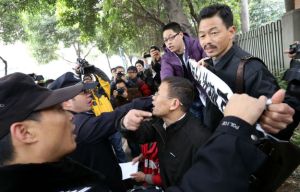 While China continues on its path of growth and seeming political confidence, a number of problems lie beneath the surface of its apparent success. A sense of political uncertainty — as well as a fear of sociopolitical instability — is on the rise. Many in the country worry about environmental degradation, health hazards, and all manner of public safety problems. These pitfalls could trigger any number of major crises: slowed economic growth, widespread social unrest, vicious political infighting among the elite, rampant official corruption, and heightened Chinese nationalism in the wake of territorial disputes. In this rapidly modernizing but still oligarchic one-party state, it is not hard to see how such a crisis could take the form of a domestic revolution or foreign war.

Either event would be very disruptive, severely impairing global economic development and regional security in the Asia-Pacific. A combination of the two would constitute one of the most complicated foreign-policy problems of the president’s second term. A domestic revolution and a foreign war would certainly be the defining events of our time. The latter could potentially risk leading the United States into military conflict in Asia.

The best way to prepare for either likelihood is for the White House to achieve a delicate balancing act — cultivating a deeper relationship with Xi Jinping and his new leadership team on the one hand, and reaching out directly to the Chinese people on the other. The United States should more explicitly articulate to leaders in Beijing and the Chinese public the long-standing goodwill that the United States has toward China and America’s firm commitment to democracy, human rights, media freedom, and the rule of law. 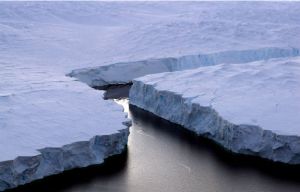 Global warming is happening faster than predicted by scientists. Temperatures are rising, ice caps and glaciers are melting, and extreme weather is more frequent and intense than ever before in recent history. If these trends continue, the results will be monumental and far-reaching. But it could get even worse: If warming accelerates dramatically and if polar ice melts even faster — particularly if the Greenland ice sheet or the West Antarctic ice sheet melts — the results could be catastrophic.

Some scientists have suggested that the melting of polar ice has not previously proceeded in a smooth and linear process, but rather had “sensitive tipping points.” Although unlikely, this raises the possibility of a black-swan nightmare in which rises in sea level coupled with extreme weather events threaten some of the world’s major cities. It’s not difficult to imagine another superstorm like Hurricane Sandy during Obama’s second term, but perhaps we should be thinking — and planning — for a year in which we suffer through a dozen Sandys.

A significant rise in sea levels throughout the world would have a particularly devastating impact on concentrated populations living in low-lying coastal areas. The local economy, politics, and security in these regions would all be transformed, but perhaps the biggest impact would be climate-induced migration and displacement. The United States can help mitigate these risks by giving climate change a higher priority in international and domestic policymaking — leading new multilateral initiatives and increasing mitigation and adaptation.

Obama needs to keep his word and move climate change higher on his political agenda. In 2009, he pledged to reduce U.S. greenhouse gas emissions by 2020 to a level 17 percent lower than that in 2005 — but no legislation, executive order, regulation, or published plan currently exists to translate this promise into action.

All these black swans may seem to be leading the world into an era of greater violence and instability. But as Obama enters his second term, this time of uncertainty and instability is actually a moment of opportunity for the president. The world currently faces a “plastic juncture” — a moment when the United States has a chance to remold the international system into something better. Obama has a unique opportunity to strengthen and extend the liberal world order from which Americans and so many others around the world have benefited.

To create a more secure and prosperous world, Obama will need to place a series of “big bets” — investing his power, time, and prestige in major efforts that can have a transformational impact on America and the world, as well as on his legacy. But he will always need his radar tuned to those untoward events that could disrupt his best-laid plans.

How To Tell What’s Really Happening With the Wuhan Virus

The Rohingya Find Some Justice in Court