After Republicans' election-year drubbing, the United States has an historic opportunity to fix its broken immigration system. And the arguments against reform simply don't hold up anymore.

“Mexicans Will Keep Flooding the United States If Allowed.”

Not likely. Starting in 2005, the number of migrants coming from Mexico — who comprise one-third of the U.S. foreign born population — began declining. The deceleration then picked up pace with the 2008 world financial crisis, so much so that a 2012 Pew Hispanic report noted that for the first time in decades, the number of Mexicans entering the country was the same as those leaving — leading to a “net zero” in terms of flows.

Though the U.S. recession played a role, perhaps the most important — and permanent — factor behind this shift is demographic. In the 1970s, even as mortality rates declined, Mexican women on average had seven children. Today, that number is much closer to two — much like the United States. This means that the “extra” Mexican youth who came of age in the 1990s and early 2000s have dissipated, and are unlikely to return again. These fewer siblings are staying in school longer — most now through high school and many into college — further reducing the pool of young men and women searching for opportunities to the north.

Economic prospects at home have also improved. The booms and busts of the 1980s and 1990s, which pushed so many Mexicans across the border, seem to have ended. Instead, Mexico’s new economic story is one of a growing middle class — now some 60 million strong — made up of lawyers, accountants, small and medium size business owners, higher-skilled factory workers, and taxi drivers, among many other professions. These economic shifts also have encouraged Mexicans to stay home.

This is not to say that immigration from Mexico will dry up completely. The combination of better pay and rising U.S. demand for labor will continue to draw many from Mexico — as well as from around the world — to America’s workplaces. For instance, immigration from Central America — though much lower in terms of sheer numbers — continues unabated. And immigration reform, which is now on the table after the Republican Party’s record-low showing with Hispanic voters, could make it easier for many to stay, and for more to come.

Still, even if new legislation opens the door to citizenship, history suggests that all of these immigrants wouldn’t rush in. In the 26 years since Congress passed the Immigration Reform and Control Act, which created a pathway for legalization, fewer than a third of the 2.7 million Mexicans eligible under the law decided to naturalize. 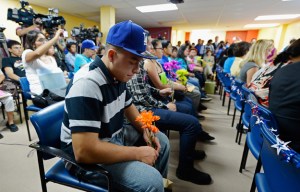 “The U.S. Economy Already Has All the Workers It Needs.”

Not for long. The United States is going through a demographic shift of its own, as the nearly 80 million baby boomers get ready to retire. In January 2011, the first members of this generation celebrated their 65th birthdays, and 10,000 more will reach this milestone every day until 2030. The succeeding “Generation X” is more than 10 million individuals smaller, making it unable to fill the vacated spots alone.

Already, business leaders, politicians, and columnists are touting the need for more engineers, doctors, and technology geniuses — hoping to ensure that the next Google, Ebay, or Intel (all founded by immigrants or children of immigrants) begins in the United States rather than elsewhere. Today, the 65,000 H-1B visas are snapped up in just days, attesting to overwhelming pent-up demand. Some propose doubling these numbers; others argue that the United States should be “stapling a green card to the diploma of any foreign student who earns an advanced degree at any U.S. university” to ensure the innovation happens here.

But the United States will also need those without fancy degrees or patents in hand, willing to clean buildings, to watch children, to maintain landscapes, or to care for the elderly and infirm. The United States is producing fewer and fewer (willing) candidates. Not only are the rising generations from smaller families, but they are also better educated, as the number of Americans without a college degree has declined over the past 30 years. It is doubtful that those working hard to invest in higher education will settle for these positions, which will likely number in the tens of millions.

Most studies suggest the opposite. Nearly all economists agree that immigration helps the U.S. economy overall. Where the debates begin is how these benefits are distributed — who wins and who loses. The most careful studies show that women, those with college degrees, and those with any advanced education (degree or not) come out ahead, even if they live in areas with high levels of immigration. U.S.-born men with a high school degree or less fare worse, though the average effect amounts to only a few dollars a week (some 1 percent of total wages). Those hit hardest are other immigrants, who directly compete with newcomers. In economic parlance, U.S.-born workers of almost all stripes tend to “complement” rather than “substitute” for immigrants.

Studies also find that restrictive immigration laws — such as those passed in Arizona, Alabama, Georgia, and South Carolina — hurt local workers and local economies. By scaring away immigrants, not only do farms and factories suffer, but so do main street businesses and public tax rolls, as restaurants, grocery stores, malls, and laundromats sit empty. A study out of the University of Alabama estimates the state’s annual GDP may shrink by up to $11 billion or 6 percent in the wake of its reforms. Others find similar economic effects when conducting state-level estimates of deporting unauthorized immigrants in Arizona and California. More broadly, reports by the Americas Society/Council of the Americas and Brookings Institution find that restrictive immigration laws actually reduce the number of jobs in local economies by shrinking both production and the local consumer base.

Other studies show that it is the illegal aspect — not immigration per se — that hits lower-skilled U.S. born workers the hardest. The vulnerable nature of these immigrants allows unprincipled employers to underpay and underprotect their employees. If these immigrants were legalized, wages for all workers on the lower skilled rungs would rise.

“We Can’t Pass Immigration Reform Until We Secure the Border.”

It doesn’t and can’t work that way. Over the last 12, years the number of border-patrol agents has doubled — making the Customs and Border Patrol one of the largest police forces in the United States. The federal budget for border enforcement has also grown to more than $18 billion dollars a year. The added money has gone to fund the more boots on the ground, some 700 miles of physical fencing, sophisticated border technology, and a growing number of detention centers. Prosecutions for illegal entry are at an all-time high — now representing half of all federal crimes.

With all these resources and manpower, the border has arguably become the securest it has ever been. Apprehensions have declined from a high of some 1.7 million in 2000 to now just a fifth of those levels. Crime rates are also down. Despite sharing a border with Ciudad Juárez, one of the deadliest cities in the world over the past few years, El Paso reported only 16 homicides during 2011. The numbers for less-reported crimes, such as kidnapping, have also fallen. The much-discussed threat of spillover violence has not only failed to materialize in El Paso, but also in other border linked cities — including San Antonio, San Diego, and Austin — all of which boast safer records than similar-size cities far from the Rio Grande.

In the end, American politicians must recognize that the border can’t be sealed; it can only be managed. And with more than a billion dollars’ worth of legal goods, 400,000 people, 13,000 trucks, and 1,000 railroad cars crossing each day, the costs of more enforcement go beyond Homeland Security budgets, as billions in revenue and an estimated 6 million American jobs depend on U.S.-Mexico trade.

The obsession with securing the border also ignores the changing realities of illegal immigration. At least 40 percent of the unauthorized population in the United States came in legally, and then overstayed their visas. Higher fences and more border policing will do nothing to staunch these flows. 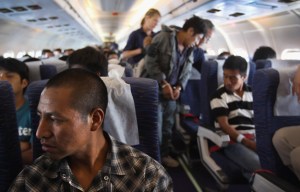 “Deportation Is the Answer.”

False. While many undocumented immigrants come to the United States thinking only about work, over time their ties extend much deeper. Millions are now forever linked to America, as parents to an estimated 4.5 million U.S. citizens. These family bonds won’t be voluntarily sundered, no matter how far these individuals are pushed into the shadows. Tougher policies affect not only those here without papers but also their American kids and relatives, afraid of engaging fully in their schools or communities for fear of exposing and losing their loved ones.

Recent stepped-up deportations show this can’t be the solution either. During Obama’s first term, his administration forcibly sent home a record 1.4 million immigrants. This caused great hardship for many Americans, including parents, spouses, and children, and broke up families and communities. It also illuminated the economic costs of such efforts, and their irreplicability on a large scale. A study by the Center for American Progress estimates that the cost of deporting the 11 million unauthorized individuals in the United States today at nearly $60 billion a year for five years — roughly the entire budget of the Department of Homeland Security. And these calculations leave out the toll to local businesses dependent on these individuals.

Finally, a side effect of the hardening border is to keep people here longer, many permanently. Once, many Mexican migrants spent part of the year working in the United States and part in Mexico with family, a pattern scholars dub “circular migration,” which kept migrants rooted in their hometowns. Now, with the higher costs and dangers of crossing the border, this back and forth has plummeted, with few voluntarily returning each year.

So if deportation isn’t the answer, what is? Already, President Barack Obama has taken up the call for reform, as have a bipartisan group of senators that includes Republicans John McCain and Marco Rubio and Democrats Charles Schumer and Dick Durban. They champion a comprehensive reform that includes the possibility of citizenship for those already here, an overhaul of visa and guest worker programs for both high- and low-skilled workers, and better employment verification systems to strengthen workplace policing. As Obama said in his Tuesday statement, the solution is “smarter enforcement; a pathway to earned citizenship; improvements in the legal immigration system so that we continue to be a magnet for the best and the brightest all around the world. It’s pretty straightforward.”

The opportunity for change is more promising than at any moment since 2007, when the previous bill came within a few votes of passing. The U.S. economy is recovering, albeit slowly. Mexican migration has slowed, dampening some of the sensationalism of the past. And perhaps most importantly, the political calculations are shifting. The Latino community’s overwhelming support for Obama, and their important role in pushing the swing states of Colorado, Florida, and Nevada to blue, bring political heft to this demographic. This group’s electoral power will only grow, as each month some 50,000 Latinos turn 18. Republicans are taking note.

The immigration debates will still be vitriolic, especially in the House of Representatives. To make reform happen, the White House must to lead the charge with the Senate. Civic groups — businesses, labor unions, religious leaders, police officers, and grassroots advocacy groups — will need to come forward as well, offsetting those adamantly opposed.

But for those doubting a successful path forward, some historical perspective is in order. Immigration debates raged for years before major reforms occurred in the 1920s, 1960s, or in 1986, the last major overhaul of the system. While the details may differ, today’s politicians, like their political forbearers, may too rise to meet the challenge this time around. And if they succeed, America will benefit again, as it has in the past, by boosting its economy, reinforcing its the rule of law, and returning to its roots as a country of immigrants propelled by their dynamism.