Neither snow, nor rain, nor heat, nor gloom of night may stay the American mail carrier, but pretty soon, the weekend will. On Feb. 6, the United States Postal Service made the long-anticipated move of ending Saturday mail delivery. With demand for snail mail and paper billing falling and the payments of employee benefits piling up, the venerable USPS is anxiously looking for ways to cut costs, having twice defaulted on its required payments to the federal government.

But how do America's mail carriers stack up internationally? In late 2011, Oxford Strategic Consulting, a British firm, released a report ranking the postal services of the G-20 countries based on three metrics: "provision of access to vital services," "operational resource efficiency," and "performance and public trust." Guess who came in first? That's right: the good old U.S. of A. 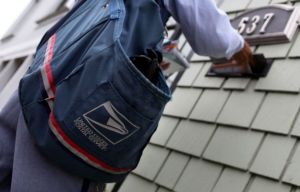 Neither snow, nor rain, nor heat, nor gloom of night may stay the American mail carrier, but pretty soon, the weekend will. On Feb. 6, the United States Postal Service made the long-anticipated move of ending Saturday mail delivery. With demand for snail mail and paper billing falling and the payments of employee benefits piling up, the venerable USPS is anxiously looking for ways to cut costs, having twice defaulted on its required payments to the federal government.

But how do America’s mail carriers stack up internationally? In late 2011, Oxford Strategic Consulting, a British firm, released a report ranking the postal services of the G-20 countries based on three metrics: “provision of access to vital services,” “operational resource efficiency,” and “performance and public trust.” Guess who came in first? That’s right: the good old U.S. of A.

Efficiency may not be the first word that comes to mind when Americans think of the USPS, but U.S. mail carriers are better at using their limited resources than any of their counterparts, according to OSC’s study. In one year, America’s mailmen and women delivered 268,894 letters and 2,633 parcels per carrier — more than any other country — to 151 million addresses. All told, the USPS accounts for 40 percent of the world’s mail volume (yes, that figure counts your Victoria’s Secret catalogues). And despite complaints about customer service, when researchers in a different study tested 159 countries’ post offices on how fast an average letter sent to a fake address would be returned, the United States also came in first.

The Oxford authors acknowledge that the situation is in flux due to the rapidly declining demand for the post office’s services. The United States already lags behind other countries in 12th place on “provision of access” — which measures the number of citizens per post office — and would likely worsen if the USPS follows through on its retrenchment plans.

The biggest obstacle to a more efficient post office may be the U.S. Congress, which has failed to approve reform efforts such as setting up retail outlets in post offices, raising prices, shuttering less-used offices, and ending six-day delivery. (As part of its new cost-saving measures, the USPS has managed to circumvent Congress by keeping only parcel service on Saturdays so that, technically, there’s still some service six days a week.)

And in case you American declinists were wondering, China ranks last on the survey. 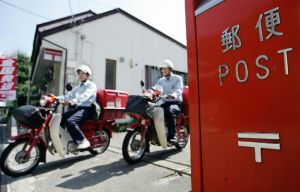 Japan’s post office scores highest on public trust as measured by surveys conducted by the World Economic Forum and second on efficiency. And unlike most countries, it has actually increased the number of post offices in recent years. It’s also much more than a post office. Japan Post also provides banking and insurance services and is the world’s largest financial institution, with assets of $3.3 trillion — more than the GDP of France.

Despite its popularity with customers, the fate of Japan Post has been one of the most contentious issues in Japanese politics over the last decade. Prime Minister Junichiro Koizumi pushed through a bill ordering the privatization of Japan Post in 2005 as the centerpiece of a broad economic reform agenda, despite fierce opposition that nearly brought down his government. The plan was scaled back after the opposition Democratic Party took over in 2009, but the hope is still to eventually spin the financial services division off into a private bank that can subsidize the cost of mail delivery.

Japan Post took a major blow in the 2011 tsunami, with as many as 330 post offices destroyed or suffering major damages. 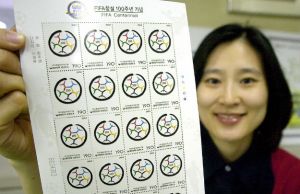 Ranking in the top five in all three of the study’s metrics, Korea Post stands out for the transparency of its customer service: It lists all customer complaints individually on its website for the public to see. Employees receive bonuses tied to customer service, and consumer surveys rank it as one of the country’s most popular institutions.

In recent years, Korea Post has been following Japan into the financial services market, providing savings accounts, insurance products, and credit cards aimed at low-income customers. In some remote areas, post offices even provide services like train and airline bookings as well. 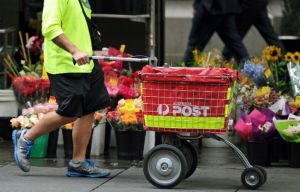 With large and sparsely populated rural areas to cover in the country’s vast interior, Australia’s national postal service faces economic dilemmas similar to those the USPS faces in covering the Mountain West and Great Plains, and its scores on all three measures have fallen in recent years.

But Australia Post has been a pioneer in finding innovative ways to raise revenue and maintain services in remote regions. These include allowing privately owned post offices in small towns that operate like franchises, with owners purchasing a license to provide official postal services. 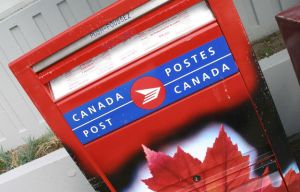 With only 1,516 citizens per post office — compared with 8,409 and more than 24,000 in China — Canada ranks highest in the world for access to postal services. But like its neighbor to the south, Canada has been hit by rising costs and decreased demands for its services.

The government launched a $2 billion modernization plan in 2010, which will include updating equipment and buying more vehicles. Unions have objected to new rules requiring letter carriers to carry two bundles instead of one, and have also expressed concerns that the investment in new technology is a prelude to large-scale layoffs. (Canada Post denies this, but does plan to reduce its workforce through attrition.)

Canada Post has also set up a free online billing service called ePost, which allows customers to pay bills online and manage financial documents through the postal service’s website. The U.S. Government Accountability Office has suggested that the USPS set up a similar service, but Congress has yet to take up the idea. 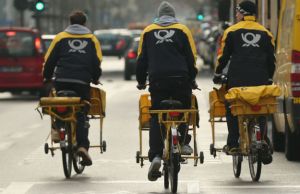 If the Tea Party had its way, the future of the USPS might look a lot like Germany, which has the only fully privatized post office in the G-20. Though it is still required by law to deliver nationwide six days a week, Deutsche Post has jettisoned almost all of its infrastructure since it was privatized in 1995, eliminating 100,000 positions and all but 24 of its physical buildings. German post offices are now, for the most part, within other business like banks, grocery stores, and — in some rural areas — private homes.

Though it lags behind public competitors in efficiency — its carriers deliver less than a fifth of the letters than their counterparts in the USPS — Deutsche Post has been innovative in other areas such as E-Postbrief, which allows customers to sent e-mails that are delivered as physical mail. In 2002, Deutsche Post purchased international logistics company DHL, making it the world’s largest courier service — meaning that many Americans have actually already used the German post office without even realizing it.

NEW FOR SUBSCRIBERS: Want to read more on this topic or region? Click + to receive email alerts when new stories are published on Economics, North America, Australia, Japan