Remember the heady days of just a couple of years ago, when China’s economy was growing at near double-digit rates? No longer. The BRICS are still growing, of course, but their wild teenage years are coming to an end. And as these markets have begun to cool, investors are venturing even farther afield. The new buzz is about “frontier markets,” a motley collection of dynamic countries — from Persian Gulf petrostates to mineral-rich African countries — that promise rapid growth and low correlation to developed (and troubled) markets like the eurozone. But politics in these countries often matter as much as economics. Corruption, political instability, and weak-to-nonexistent regulatory infrastructure are common on the investment frontier. Then again, so are the jaw-dropping returns that have made these markets hot. In other words, these are the markets that have the potential to boom when everyone else is going bust — even if they can blow up at a moment’s notice.

June 1996
The International Finance Corp. (IFC), the World Bank’s private-sector investment arm, announces it will begin publishing data on 14 “frontier markets” — a term coined by Farida Khambata, head of IFC’s capital-markets department — as part of its Emerging Markets Database (EMDB). Like the buzzing “emerging markets” of the 1980s, these frontiers are just beginning to open up to foreign investors, but they generally exhibit lower liquidity, smaller market capitalization, and unreliable trading infrastructure. The inclusion of these markets — such as Bangladesh, Botswana, Ghana, Ivory Coast, and Kenya — in the EMDB is intended to facilitate the inflow of foreign portfolio investment by signaling credibility to investors. It works.

1996-2004
The IFC Frontier Index (which is acquired by financial-services company Standard & Poor’s — S&P — in 2000) returns an average of 8.4 percent annually, far better than S&P’s emerging-market index, which posts an average of 2.6 percent. The index includes the original 14 frontier countries plus a number of later additions.

2004-2007
The frontier takes off, with average annual GDP growth of just over 7 percent among the 25 countries that will eventually be classified as frontier markets by both S&P and Morgan Stanley. The rise is powered by and empowering the global middle class, which is adding 70 million people a year, according to Goldman Sachs. 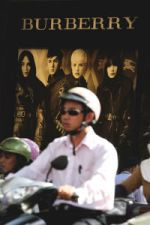 October 2007
S&P rolls out its Select Frontier Index, the first investable index targeting a broad array of frontier equity markets. The index originally includes 30 companies — primarily banks, real estate, and oil firms — in Bulgaria, Cambodia, Colombia, Jordan, Kazakhstan, Pakistan, Panama, the United Arab Emirates, and Vietnam, and it has a market capitalization of $47 billion, just under the market capitalization for all emerging markets combined in 1980.

November 2007
With the global credit market beginning to slump, investors turn to frontier markets, which the Wall Street Journal reports are “set to become next year’s darlings” for investors. In 2007, Morgan Stanley’s frontier index gains a whopping 42 percent.

April 2008-February 2009
Frontier markets crater along with the rest of the global economy as investors race to throw their money in U.S. Treasury bills and other safe bets. The MSCI Frontier Markets Index loses roughly two-thirds of its value (slightly worse than comparable emerging- and mature-market funds), and its recovery is considerably slower, due at least in part to the reluctance of investors to pursue outsized risks in the aftermath of the financial crisis.

February 2009
A cautionary tale for investors: Morgan Stanley downgrades Argentina — one of the original emerging-market darlings — to frontier status, citing increased restrictions on capital flows. The investment climate worsens in subsequent years, culminating in the nationalization in 2012 of the country’s largest oil company.

November 2010
The Economist likens Brazil, China, and India to the most popular girls in school (“a little too full of themselves”) and calls attention to a number of frontier markets, particularly in Africa, that offer superior growth prospects. These markets “offer businesses a chance to get in on the ground floor,” enabling them to strike early deals with companies and governments and “shape the tastes of future consumers.” Still, the stock markets in these countries remain small and the investment opportunities limited. Nigeria, for example, is Africa’s largest frontier market, but its GDP is less than 2 percent of U.S. GDP.

2011
As the BRICS begin to cool off, the long-predicted explosion of the frontiers starts to happen as markets like Ghana, Kazakhstan, Nigeria, and Zimbabwe charge onto the scene with impressive growth rates powered by a potent combination of natural resource abundance, population growth, and technological catch-up. Mongolia leads the pack with jaw-dropping 17.5 percent growth.

November 2011
Citigroup’s “Call of the Frontier” report focuses on 15 countries that could generate outsized returns: Argentina, Bangladesh, Egypt, Ghana, Iraq, Kazakhstan, Kenya, Mongolia, Nigeria, Pakistan, Romania, Sri Lanka, Ukraine, Venezuela, and Vietnam. These 15 markets, according to Citigroup, are “smaller than they should be” given their populations and economic potential, and they thus are poised for rapid economic expansion.

2012
Ruchir Sharma, Morgan Stanley’s head of emerging-markets equities, argues that the rise of the BRICs is “really about one country”: China. “To the extent that there will be a new crop of emerging-market stars,” he writes in Foreign Affairs, “it is likely to feature countries whose per capita incomes are under $5,000, such as Indonesia, Nigeria, the Philippines, Sri Lanka, and various contenders in East Africa.” Meanwhile, 13 top funds investing in the likes of Romania and Vietnam notch an impressive 24 percent average return for the year — outpacing emerging- and mature-market funds by as much as 10 percent.

2017
Twenty-three of the world’s 26 fastest-growing economies are frontier markets, according to the most recent IMF five-year projection. Among the top performers: Bhutan, East Timor, Guinea, and Iraq. Time to find a banker in Baghdad.