The Things They Carried: The Congolese Rebel

Maj. John Imani Nzenze is a commander in the Democratic Republic of the Congo’s M23 movement, a Tutsi rebel group of army defectors that captured the eastern provincial capital of Goma late last year and is now threatening to plunge Congo into another protracted war. Foreign Policy caught up with Nzenze at M23’s military headquarters in Rumangabo — about 30 miles north of Goma, inside the famous Virunga National Park — where rebel forces were awaiting tense peace negotiations with the government. The camp is filled with the spoils of the rebellion: a jeep that belonged to Congolese President Joseph Kabila, anti-aircraft guns, heavy artillery, piles of ammunition and rockets, and even a German-made tank. Nzenze, who boasts of leading a few dozen rebels to beat back hundreds of Congolese soldiers in one of last year’s pitched battles, says everything they didn’t capture from the Congolese army came from the black market in Dubai. One thing is clear: Even in a remote jungle camp, today’s rebels are increasingly wired for war. “Technology is our advantage,” the major says. Here’s what he carries in his camouflage backpack. 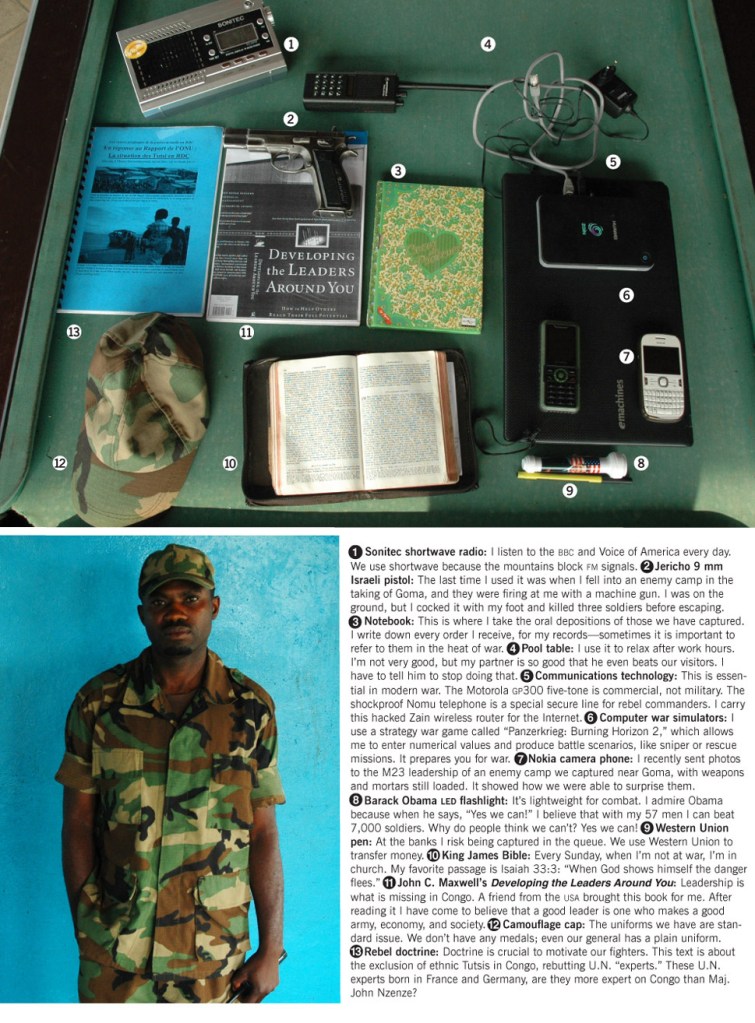 How the United States Handed China its Rare Earth Monopoly