The 10 Commandments of Visiting Israel 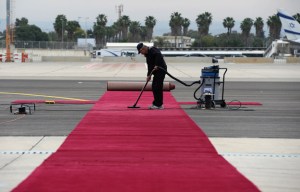 Barack Obama heads to Israel this week, his first presidential visit to the country since he took office. The White House has been keen to lower expectations, stressing that the president will not bring a specific peace initiative to the region, but is arriving mainly “to listen.” For many Israelis, it’s about time.

For while Israelis are generally a pro-American lot, Obama may encounter a tougher crowd than on his last visit, five years ago, as a campaigning senator. Many here were put off by his failure to visit the country during his first term, and by what they saw as his nonchalance at the toppling of Hosni Mubarak and rise of the Muslim Brotherhood in Egypt. Obama’s notoriously testy relations with Prime Minister Benjamin Netanyahu didn’t help, though this week’s swearing-in of a new government coalition, including centrist factions led by Yair Lapid and Tzipi Livni, may portend more amicable ties.

Obama can always count on a certain swathe of Israel’s public — subscribers to Haaretz and voters who tilt Labor and leftward — to support him about as reliably as does his Democratic base at home. But to reach the rest of the populace (two-thirds of it, if recent elections are indicative), he’ll need some guidelines. As the Ten Commandments guided the Israelites through a perilous amphibious crossing to the Promised Land, a new set could help Obama navigate a sea of hostile Israelis.

“Linkage,” in a Mideast policy context, is the idea that the region’s manifold ills can only be healed by solving the Arab-Israeli conflict. If that quarrel were resolved — the conventional thinking goes — the Arab and Muslim worlds will no longer suffer Islamists, autocrats, and terrorists, but edge closer to liberal democracy, economic development, and sympathetic ties with the West. But as Jeffrey Goldberg wrote earlier this year at Bloomberg, the absence of Israeli-Palestinian peace has nothing to do with the unraveling of Syria or Yemen, inter-ethnic violence in Bahrain or Iraq, violence in Libya and Algeria, or the rise of fundamentalists in Egypt or Pakistan. In 2008, Obama described the absence of Israeli-Palestinian peace as a “sore” infecting all of U.S. foreign policy and serving as the pretext for terrorism. In the lead-up to this trip, the president has been more generous in conceding that Israel lives in a “tough neighborhood” with no shortage of homegrown problems. He’ll have to stick to the second track if he hopes to leave Jerusalem with more friends than he came with. 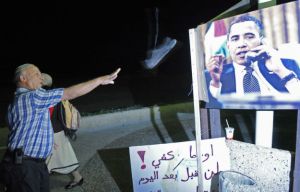 2. Though shalt not freeze.

Obama’s first-administration insistence on a one-year freeze of West Bank building was a rookie mistake that yielded no results — other than alienating many Israelis. For while all men are created equal, all settlements are not. Maj. Gen. (ret.) Amos Yadlin — a former army attaché to Washington who now directs Tel Aviv’s Institute for National Security Studies — told reporters last month that a solid majority of Israelis would sign on for a freeze in roughly 80 percent of the West Bank, particularly the isolated ones east of the security fence. But halting building in the large settlement blocs, and in most Jewish neighborhoods of East Jerusalem — areas the Americans, Israelis, and Palestinians know will remain in Israel even after a peace deal — is pointless, and only creates bilateral bad blood. 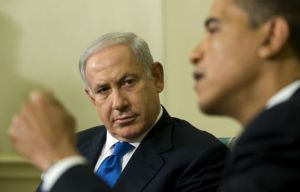 3. Though shalt not dis thy counterpart.

Obama’s image in Israel was scarcely helped when in 2011 he was caught on a hot mic lamenting having to work with Netanyahu on a daily basis. Then, last month, the president reportedly told Goldberg that not only is Netanyahu moving his country toward international isolation, but the Israeli public itself “doesn’t know what its best interests are.” Jerusalem’s education minister was forced to issue an awkward response assuring the president that once reelected, Netanyahu would “know how to work with Obama very well while at the same time safeguarding Israel’s interests,” thank you very much. 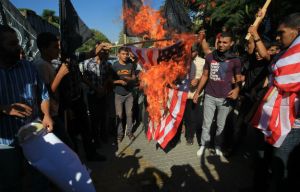 4. Honor thy friends more than thy foes.

Here in the Levant, the ability to identify allies and enemies — and reward and punish in kind — is a time-honored talent admired by Jews and Arabs alike. “Today you have humiliated all your followers,” bewails King David’s army chief as the monarch weeps over his rebellious son’s murder, “by showing love for those who hate you and hate for those who love you.” More recently (a thousand years ago, give or take), the fabled Muslim ethicist Ibn Hazm observed, “He who befriends and advances friend and foe alike will only arouse distaste for his friendship and contempt for his enmity.” Israel — its public and leadership — remain unshakably pro-American. Among its neighbors, anti-Americanism is both widespread and resilient, and has increased from the George W. Bush era to Obama’s. Israelis know that Egypt’s Muslim Brotherhood and Iran‘s ruling theocracy are anti-American in their marrow. They remember, on 9/11, Palestinians celebrating in the street. They struggle to grasp why it’s them on the receiving end of Obama’s ire while the rest of the region’s actors seem to get a free pass. 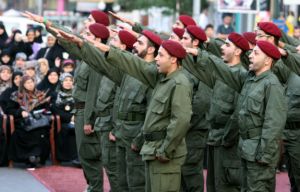 5. Thou shalt call things by their names.

Israelis respect directness and have little patience for bull. They expect Obama to demonstrate the same candor he’s shown in reference to their best interests — and the character of their premier — when speaking of their bitterest enemies. Hezbollah is an instructive example. Obama’s new defense secretary was one of 12 senators who refused to sign a letter to the EU urging it to designate Hezbollah a terrorist organization, despite it having shed the blood of more than 250 Americans — including the assassination of a CIA chief and brutal abduction of a Marine Corps colonel and hundreds of Jews and Israelis worldwide. John Brennan, the president’s newly confirmed CIA chief has called the group a “very interesting organization” whose “moderate elements” Washington hopes to build up. To win respect in Israel, he’ll have to show he’s harder-headed than his national security leadership, that he understands that for certain organizations and regimes, hatred of the West — and its torch-bearer America — is a fundamental pillar of their worldview. Asking a Muslim Brother or Hezbollah member to stop hating the United States is like asking Americans to quit that whole freedom business. To win over Israelis — at least those on the center and the right — Obama will have to show he’s learned some people are unengageable. 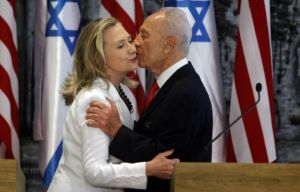 6. Marriage is for life.

In 2011, then Secretary of State Hillary Clinton announced in this magazine that her administration would “pivot” the bulk of its strategic resources from the Middle East to Southeast Asia. To an American public tired of losing blood and treasure in Iraq and Afghanistan, the move seemed to make sense. But America cannot divorce the Middle East, try as it might. For all the talk of U.S. energy independence, the region remains the world’s leading source of fossil fuels for the near future. And even if America becomes a domestic energy giant over the next few decades, it must still ensure the lucrative fuel deposits of the Persian Gulf don’t fall into extremists’ hands. Finally, for all the hopes of the “tide of war receding,” the instability wrought by the Arab revolts — and the rise of Islamists regionwide — means the Mideast will almost certainly remain the world’s leading exporter of terrorism for decades to come. 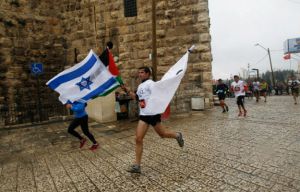 The Arab-Israeli conflict will not likely be solved by bold new ideas but by tireless work on the old. It may not be definitively solved in our lifetime. Some disputes drag on for decades — even if they garner less press coverage. The independence movement in Baluchistan began in 1948, the same year as the first Israeli-Arab war, and has claimed roughly the same number of lives (20,000) without a resolution. The Korean War started the same year, and six decades and five million deaths later, has (like Israel and the Arabs) produced a truce but no peace deal. Last week, North Korea even declared that six-decade-old armistice “null and void.” Publicizing expectations for a final resolution after a year of talks was setting oneself up for disappointment. This time around, the administration’s soft-pedaling of expectations for a peace agreement is a welcome change — not because a deal is an unworthy objective, but because it can’t be forced. 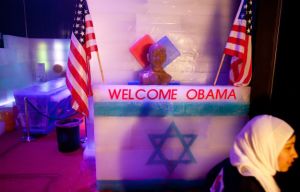 8. Thou shalt touch the people.

The White House has hinted that one of the visit’s main objectives is  resetting relations with a newly reelected Netanyahu. And yet the gaps between the two leaders — Obama’s sensibilities were formed at Columbia, Netanyahu’s in the commandos — mean they’ll never be great friends. Four years ago, Obama’s conciliatory Cairo address helped endear him to Arabs and Muslims worldwide (but inevitably, alienated Israelis). This week, his “Jerusalem address” to 600 Israeli university students is a prime opportunity to flip the script. 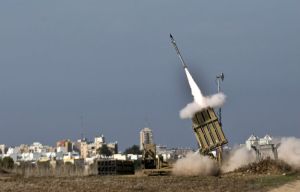 9. Thou shalt make thy own case.

Israeli officials from Ehud Barak (the left-leaning outgoing defense m
inister) to Danny Ayalon (a right-leaning former ambassador to Washington) have touted the Obama administration’s military cooperation with Israel as the strongest in memory. The Iron Dome rocket-intercept system — funded mostly by U.S. dollars, and which Obama will visit on his trip — is but one example of that cooperation, and one for which Israelis are deeply grateful. If the president can convince them their misgivings towards him have more to do with style than substance, he may well emerge from the Holy Land unscathed. 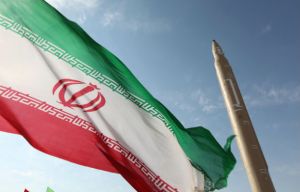 10. Thou shalt stop Iran or step aside.

Beyond forging a connection with Israel’s people, the overarching policy goal of the trip — unspoken or not — relates to Iran’s nuclear program. The world’s decade-long dispute with the Islamic Republic is not the function of a misunderstanding or failure to engage: there is no overlap between the objectives of Iran (a bomb, or the ability to build one quickly) and the world (no bomb). A broad segment of Israelis see a nuclear-capable Iran as the greatest threat to their country, to the region and to world peace; the Wikileaks trove showed Arab leaders feel the same. Israelis would like to believe Washington’s assurances that it won’t shrink from military action should other options continue to fail. And yet their doubts persist — Ronald Reagan didn’t keep Pakistan from acquiring nukes, nor did Bill Clinton stop North Korea. Late last year, Israel’s Channel 2 revealed that, in 2010, Netanyahu and Barak had ordered the air force to prepare for an imminent attack, only to be rebuffed by senior military officers. If Obama fails to convince Israelis to trust him on Iran — if Tehran goes nuclear, or Jerusalem chooses to strike — no tablets from Sinai will help restore his legacy to the Promised Land.