The big spenders are wrong: Maintaining sustainable budgets is essential to economic growth. 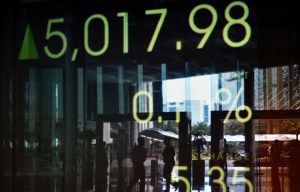 In the current global financial crisis, austerity has become a term of abuse — one that connotes unnecessary pain and suffering on the part of already-hurting citizens. But that couldn’t be further from the truth. What austerity actually means is “measures to reduce a budget deficit” or responsible fiscal policy. And that’s hardly the only misconception that has clouded our economic thinking of late.

Although you’d never know it, the so-called global financial crisis is really a public debt crisis — and the countries that have reigned in their spending are now growing briskly while the profligate founder. Here are five other myths about austerity that have muddied the waters.

Wrong. In fact, the opposite is true. Sustainable long-term economic growth requires sound public finances as well as capital, labor, human capital, technology, and strong institutions. British economist John Maynard Keynes, the original proponent of stimulus spending, argued in The General Theory of Employment, Interest and Money that classical economic theory is “applicable to a special case only” and “that the duty of ordering the current volume of investment cannot safely be left in private hands.” But stagflation in the 1970s taught us that the relevance of Keynesianism was limited to brief periods of recession. Even Keynes envisaged that budgets should be balanced over the course of the business cycle.

For a fiscal stimulus to be permissible there must be what economists call “fiscal space” for it. In other words, the public debt accrued through stimulus spending must be sustainable. The trouble is, fiscal space is difficult to establish, and it’s typically much smaller than we think. During a severe financial crisis, moreover, public debt usually doubles, meaning that there is virtually no fiscal maneuverability. By the end of 2011, for example, eurozone public debt averaged fully 98 percent of GDP, and by the end of 2012, the six biggest Western economies had the following debt-to-GDP ratios: 83 percent in Germany, 89 percent in Britain, 90 percent in France, 107 percent in the United States, 126 percent in Italy, and 237 percent in Japan. None of these countries has any fiscal space.

Given this reality, the main objective of fiscal policy should be to contain public debt, all the more so because of its negative impact on growth. According to economists at the University of Massachusetts, GDP growth falls substantially — and predictably — with rising public debt. When a country’s debt-to-GDP ratio sits between 60 and 90 percent, they note, average annual real GDP growth is close to 3.2 percent. Where the debt-to-GDP ratio falls in the 90 to 120 percent range, average real GDP growth is 2.4 percent. And when the ratio is between 120 and 150 percent, average growth is a sluggish 1.6 percent.

But it’s not just public debt that needs to be taken into account when considering fiscal stimulus — access to international financing is also critical. Small countries with illiquid bond markets can lose such access at minimal levels of indebtedness, as Latvia and Romania did in 2008, when their ratios of gross public debt to GDP were just 20 and 13 percent, respectively. Despite this cautionary tale, however, the IMF in 2008 and 2009 urged Cyprus, Slovenia, and Spain to pursue fiscal stimulus, wrongly claiming they had fiscal space. That unfortunate advice contributed to pushing all three countries into financial jeopardy. So far, nine out of 27 EU member countries have faced sharp output falls and financial stabilization programs because of irresponsible fiscal policy. 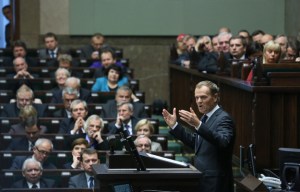 “OK, Stimulus Isn’t Always a Good Idea, but It’s Necessary When a Country Has a Large Output Gap.”

False. Fiscal stimulus is rarely beneficial. Before the global financial crisis, there was broad macroeconomic consensus that fiscal policy was not an appropriate tool for moderating the business cycle. It’s slow, imprecise, and difficult to reverse. Monetary policy, by contrast, can be decided, implemented, and withdrawn instantly and is thus a far superior vehicle for countercyclical policy.

But in the midst of the financial crisis, desperate G-20 leaders threw these well-established insights overboard and embraced old-style Keynesianism once again. At the November 2008 G-20 summit in Washington, leaders declared their intention to “use fiscal measures to stimulate domestic demand to rapid effect, as appropriate, while maintaining a policy framework conducive to fiscal sustainability.” It would have been better if they had stuck to monetary measures.

Fiscal stimulus requires parliamentary authorization, which takes time and usually involves complex compromises. Typical projects, such as infrastructure investments, take years to implement, easily turning procyclical. In this way, temporary fiscal stimulus tends to become permanent, leading to chronic budget deficits. Cyprus and Slovenia offer excellent illustrations. In 2008, both countries had relatively small public debt loads (22 and 49 percent of GDP, respectively). In 2009, however, both expanded their budget deficits to 6 percent of GDP, where they got stuck, eventually ending up in financial crisis.

In theory, an output gap represents free capacity, but in periods of severe overheating, like in 2007, economies are operating far beyond their capacities. According to the European Commission, for example, Latvian GDP in 2007 was as much as 14 percent above actual capacity. In such cases, what looks like an output gap is actually nothing but the usage of borrowed resources. It is also difficult to assess whether free capacity is of real economic value until years later. Often, an apparent cyclical problem turns out to be structural. In the 1970s, for example, Western Europe considered its steelworks and shipyards in cyclical crises until it became apparent that they were chronically underperforming and had to be closed down. “Output gaps” that have lasted for five or more years are probably chimeras. 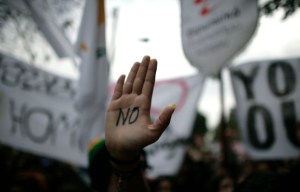 Sweden and Britain offer the starkest contrasts. Sweden maintained a steady budget surplus during the good years from 2004 to 2008. In 2009, it let the budget balance slip by 3 percent of GDP, but it returned to budget surplus in 2010. Britain, by contrast, wasted the good years with budget deficits of around 3 percent of GDP and lurched to a massive 11.5 percent budget deficit in 2009, when it rolled out the largest stimulus package in the European Union. The result? Austere Sweden enjoyed 6 percent more growth than free-spending Britain from 2009 to 2011.

Remarkably, British financial journalist Martin Wolf has written one article after another in the Financial Times complaining about alleged British “austerity,” ignoring the fact that his country has maintained the largest public deficit (9.3 percent of GDP) from 2009 to 2012 of any EU country apart from Greece, Ireland, and Spain. Until it gets its public finances in order, Britain will have trouble restoring investors’ confidence. 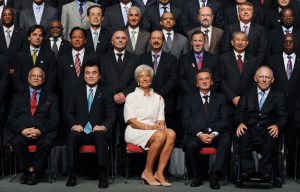 “Even if Austerity Works, It Should Be Delayed as Long as Possible.”

Not if you want to kick-start growth as soon as possible. At the annual IMF meeting in Tokyo last October, the fund’s managing director, Christine Lagarde, told crisis countries to abstain from front-loading spending cuts and tax increases: “It’s sometimes better to have a bit more time,” she said, singling out Portugal, Spain, and Greece for slower fiscal adjustment. Lagarde’s advice was based on an IMF working paper claiming that fiscal multipliers are greater in the short term than previously thought. But the paper was based on dubious forecasts of growth and considered only the ensuing year, disregarding other factors like access to capital markets.

Contrary to the IMF’s position, countries in serious financial crisis have plenty of reasons to front-load stabilization programs. For example, many countries hit their borrowing ceilings suddenly and unexpectedly because of the inherent volatility of credit markets. The earlier sufficient fiscal adjustment is undertaken, the earlier confidence can be restored among citizens, businesses, governments, and foreign investors.

Early crisis resolution also breeds better reform programs that rely more heavily on expenditure cuts than tax hikes, since the latter are difficult to swallow during an economic crisis. Large expenditure cuts drive structural reforms, which in turn promote growth. Rapid crisis resolution, moreover, means a faster return to growth and, thanks to structural reforms, a higher trajectory of growth than would have otherwise been the case.

Early and radical adjustment may also be preferable from a political standpoint because people are prepared to make sacrifices when a crisis hits — not many months (or years) after the fact, when they are tired and interest groups have had a chance to regroup. This April, Lagarde called “fatigue of both governments and population” the greatest risk to the eurozone: “What we’re saying,” she said, “is ‘There’s a bit more to do. Please don’t give up now.'” But why did she tell them to slow down half a year earlier?

The empirical record is stunningly clear. The three Baltic countries — Estonia, Latvia, and Lithuania — suffered the most from the international liquidity freeze in the fall of 2008. All subsequently undertook front-loaded fiscal adjustment programs. By 2011 and 2012, they were Europe’s fastest-growth countries, averaging around 5 percent growth annually. The Southern European crisis countries, by contrast, followed the IMF’s advice to delay fiscal tightening. They have tried to raise more revenues instead of cutting expenditures and have carried out far milder structural reforms. As a result, their economies continue to suffer, and their populations are rightly upset over their governments’ impotent response to the crisis. 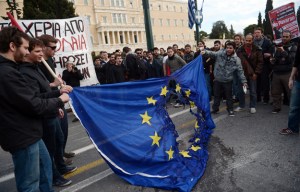 “Greece Is a Victim of German Austerity.”

Paul Krugman wants you to think that. But it couldn’t be further from the truth. In one of his many New York Times columns on the current eurocrisis, Krugman argues that while there are “big failings” in Greece’s economy, politics, and society, “those failings aren’t what caused the crisis that is tearing Greece apart.” Instead, the Princeton University economist blames the euro and Germany: Greece “is mainly in trouble thanks to the arrogance of European officials,” he writes.

If the EU is guilty of arrogance, its sin was one of omission — not imposing its standards. From 1990 until 2008, Greece ran an average budget deficit of over 7 percent of GDP, failing to comply with the EU’s budget ceiling of 3 percent of GDP in any single year. By the end of 2011, its public debt stood at an unsustainable 171 percent of GDP.

The first IMF-EU financial support program, moreover, was probably the softest and most heavily-financed program in history. Incredibly, Greece’s public expenditures as a share of GDP increased marginally to 51.8 percent of GDP the following year. Not even Sweden made such large public expenditures. Far from austerity, the program amounted to a massive waste of public resources.

Shockingly, the IMF and the EU have failed to require even elementary liberalization. Greece has the worst business environment in the EU, according to the World Bank’s “Ease of Doing Business” index, and Transparency International reports that its corruption is far worse than that of Bulgaria and Romania. The problem isn’t that Germany and the EU have been too tough with Greece; it’s that they’ve been too soft.

The second death of Keynesianism is long overdue. Expansionary fiscal policy has not only proved useless, but harmful in the European financial crisis. As former U.S. Treasury Secretary Lawrence Summers pointed out this month, “It is simply wrong to assert that austerity is never the right policy.”