1 Pentagon Weapons System That Was on Time and Under Budget

Look on the bright side: It could have been 0.

In the spirit of Ben Smith's "11 BuzzFeed Lists That Explain the World" for the May/June 2013 issue of Foreign Policy, the FP staff decided to look at the world through BuzzFeed's eyes for a day. For more, check out 14 Hairless Cats That Look Like Vladimir Putin, 7 Things North Korea Is Really Good At, 36 Mustaches That Explain Why There's No Peace in the Middle East, and 9 Disturbingly Good Jihadi Raps.

In the spirit of Ben Smith’s “11 BuzzFeed Lists That Explain the World” for the May/June 2013 issue of Foreign Policy, the FP staff decided to look at the world through BuzzFeed’s eyes for a day. For more, check out 14 Hairless Cats That Look Like Vladimir Putin, 7 Things North Korea Is Really Good At, 36 Mustaches That Explain Why There’s No Peace in the Middle East, and 9 Disturbingly Good Jihadi Raps. 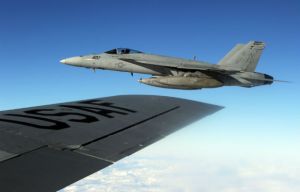 We’re always hearing about Pentagon weapons purchases that go so far over budget it becomes hard for normal people to wrap their heads around the staggering numbers involved. Exhibit A: the Lockheed Martin-made F-35 Joint Strike Fighter (JSF), meant to be an “affordable” supersonic stealth fighter that can fly from aircraft carriers or regular airfields and even hover like a helicopter, all while incorporating some of the most advanced spy gear and data-sharing tools ever invented. Needless to say, the program is years behind schedule and has seen its cost balloon to $396 billion, an almost 50-percent increase in cost from when the JSF program was started in 2001 and each jet was estimated to cost only (ha!) $69 million. Today, F-35s are estimated to cost $137 million apiece, according to some estimates. No surprises here: late and over budget is what we’ve come to expect.

But what about that rare bird — the elusive under-budget, ahead-of-schedule, Pentagon-purchased weapons system? As it happens, the U.S. Navy has managed to purchase one fighter jet — the Super Hornet — that was delivered ahead of schedule and cost less than the initial price estimates. How cheap is a Super Hornet? Around $57 million a plane. It’s no slouch when it comes to features either: The fighter is a larger version of the 1980s-vintage F/A-18 Hornet, featuring more powerful engines and the ability to carry more weapons. Its design features and electronic warfare gear give the jet a degree of stealthiness that is greater than any other U.S. jet except the F-22 Raptor and the F-35. The Navy should have around 515 Super Hornets and 114 Growlers by the time it receives its final delivery of the planes in 2015. Boeing, in fact, has taken advantage of the problems with the JSF program to offer customers around the globe an upgraded version of the Super Hornet that can carry an additional 3,500 pounds of fuel, new sensors, and even a stealthy weapons pod to hide bombs and missiles, making it that much easier for the jet to evade radar systems.

John Reed is a national security reporter for Foreign Policy. He comes to FP after editing Military.com’s publication Defense Tech and working as the associate editor of DoDBuzz. Between 2007 and 2010, he covered major trends in military aviation and the defense industry around the world for Defense News and Inside the Air Force. Before moving to Washington in August 2007, Reed worked in corporate sales and business development for a Swedish IT firm, The Meltwater Group in Mountain View CA, and Philadelphia, PA. Prior to that, he worked as a reporter at the Tracy Press and the Scotts Valley Press-Banner newspapers in California. His first story as a professional reporter involved chasing escaped emus around California’s central valley with Mexican cowboys armed with lassos and local police armed with shotguns. Luckily for the giant birds, the cowboys caught them first and the emus were ok. A New England native, Reed graduated from the University of New Hampshire with a dual degree in international affairs and history.

NEW FOR SUBSCRIBERS: Want to read more on this topic or region? Click + to receive email alerts when new stories are published on Military, Security, Economics