The Doctor Without Borders

What MSF founder Jacques Bérès takes with him to the field.

Jacques Bérès co-founded Médecins Sans Frontières in 1971, but these days the white-bearded 71-year-old often acts like a one-man “doctor without borders.” The border he has been crossing recently is the one into war-torn Syria, where he has headed into rebel territory over and over again, entering illegally from Turkey and often during peaks of horrific violence. Sometimes, Bérès practices war surgery in actual, if rudimentary, hospitals; other times he sets up shop wherever he can receive people in need. The work is relentless: With bombs exploding nearby, sleep can be nearly impossible, and death is never far. “Syria,” he says, shaking his head, “is a mess. A real mess.”

Foreign Policy visited Bérès in his Paris apartment weeks before a trip “with some friends” to the Kivu region of the Democratic Republic of the Congo. The French doctor’s suitcase, a muddied but sturdy old Samsonite with an Ethiopian Airlines sticker on the side, was packed with his gear — ready to go at a moment’s notice. “I need to be prepared to leave for anywhere within 10 minutes,” he says. 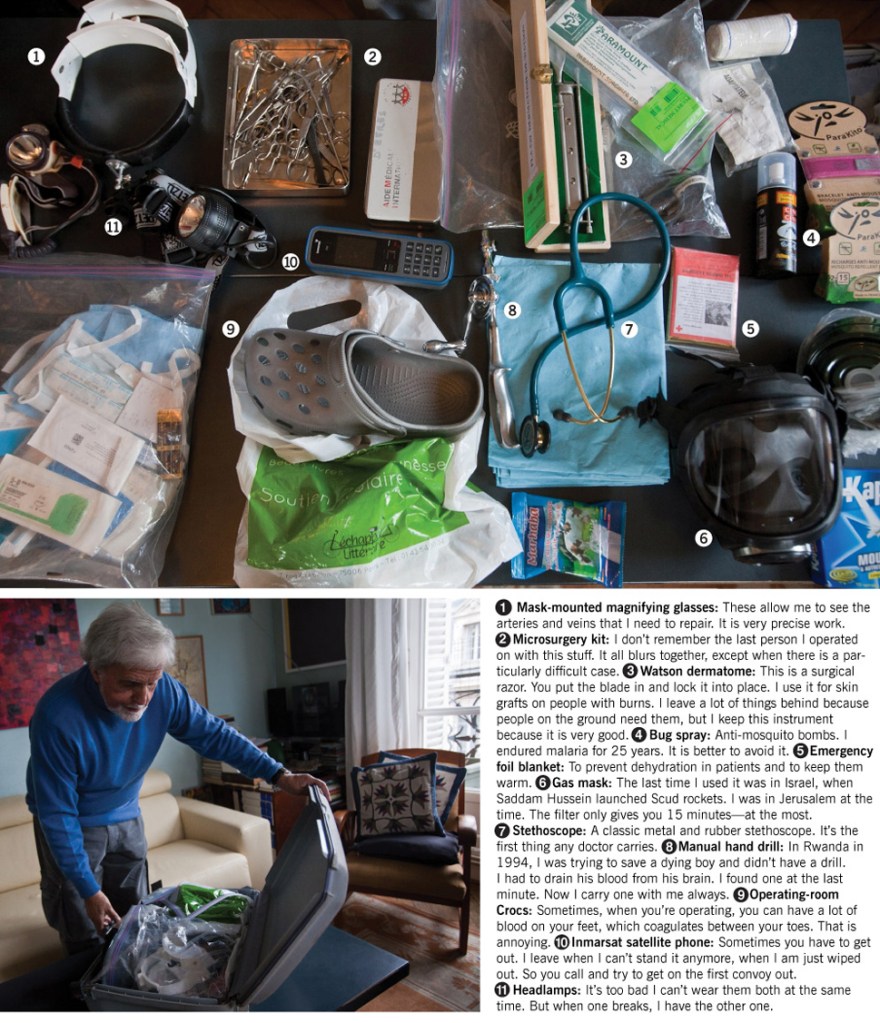