On Tuesday, Iran’s Guardian Council confirmed the list of approved candidates for Iran’s June 14 presidential elections — and with it the suspicions of many that this will be a less-than-exciting election season. In whittling down 686 presidential hopefuls to just eight finalists, the Council arguably left off the two most interesting contenders: former President ...

On Tuesday, Iran's Guardian Council confirmed the list of approved candidates for Iran's June 14 presidential elections -- and with it the suspicions of many that this will be a less-than-exciting election season. In whittling down 686 presidential hopefuls to just eight finalists, the Council arguably left off the two most interesting contenders: former President Akbar Hashemi Rafsanjani and President Mahmoud Ahmadinejad's hand-picked successor Esfandiar Rahim Mashaei.

So who are the 1 percent of aspirants deemed fit to rule Iran? These eight may all be symbols of the status quo and Supreme Leader Ayatollah Ali Khamenei's considerable influence in the political realm. But between them they have some pretty colorful qualifications for the job.

On Tuesday, Iran’s Guardian Council confirmed the list of approved candidates for Iran’s June 14 presidential elections — and with it the suspicions of many that this will be a less-than-exciting election season. In whittling down 686 presidential hopefuls to just eight finalists, the Council arguably left off the two most interesting contenders: former President Akbar Hashemi Rafsanjani and President Mahmoud Ahmadinejad’s hand-picked successor Esfandiar Rahim Mashaei.

So who are the 1 percent of aspirants deemed fit to rule Iran? These eight may all be symbols of the status quo and Supreme Leader Ayatollah Ali Khamenei’s considerable influence in the political realm. But between them they have some pretty colorful qualifications for the job. 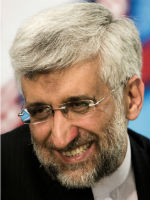 Iran’s current nuclear negotiator, Jalili is also considered the race’s frontrunner — not to mention Khamenei’s choice for president. A former member of Iran’s Revolutionary Guard Corps, he lost his right leg in the Iran-Iraq war during the 1980s.

In 2007, when Jalili was chosen as nuclear negotiator by Khamenei, many thought he was too inexperienced for the job. Since then, he has developed a reputation for being uncompromising. And if a recent interview with the Financial Times is any indication, it appears that trait will carry over into his presidency. “My understanding is that the more we rely on our religious and internal principles,” he told FT, “the more we can resist [the demands of the international community].”

But you have to give Jalili credit for his optimistic lemons-into-lemonade attitude. “At least over the past few years when I have been carefully following the effects of sanctions, I see that they can be easily bypassed and turned into opportunities,” he added. Jalili did not elaborate as to how. 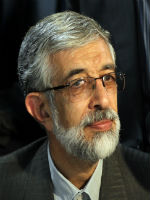 One of the country’s self-styled conservative “principlists,” Adel, along with Ali Akbar Velayati and Mohammed Baqr Qalibaf,  positions himself in direct opposition to the reformists who attracted many Iranians during Iran’s contentious presidential election in 2009. He’s also a favorite of Khamenei’s as both an advisor and a relative (his daughter is married to Khamenei’s son).

A lesser known fact about the prominent politician: Adel penned an influential work of Islamic “feminist” thought, The Culture of Nakedness and the Nakedness of Culture, in the 1980s. According to Pamela Karimi, a professor of art history at UMass Dartmouth, he advocates “the concealment of women’s bodies as a way to protect the larger society from the manipulation of capitalism and imperialism.” He strove to “catch up with modernity and yet indigenize it through Islam.” 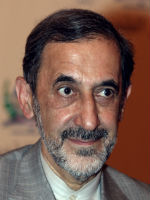 Iran’s longest-serving foreign minister (from 1980 to 1996), he is currently Khamenei’s senior advisor on international affairs. Velayati is credited with helping shape Iran’s tough stance toward the West, but he might be more willing to engage than it seems. In 2009, as Velayati contemplated a bid for president, an aide reached out to U.S. diplomats expressing interest in cooperating with the West and asking that some sanctions be lifted in order to help raise funds for Velayati’s campaign, according to leaked cables. A doctor by training, Velayati studied pediatrics at Johns Hopkins before the 1979 revolution.

Velayati has also been implicated in authorizing the Mykonos operation in 1992, during which three Iranian Kurdish political figures and a supporter were murdered while dining in a private room of the Mykonos restaurant in Berlin. 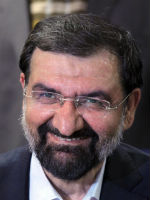 A past presidential contender who came in third in 2009, Rezaei has said he’s “in it to win it” this time around. In addition to being the former commander of Iran’s Revolutionary Guard, Rezaei is also the secretary of Iran’s Expediency Council, which advises Khameini. In 2009, he memorably stated that he would include women in his cabinet if elected.

Not-so-fun fact: Rezaei has the distinction of being on Interpol’s wanted list for his alleged complicity in the 1994 bombing of a Jewish community center in Argentina that killed 85 people, in the deadliest attack in the country’s history. Rezaei, for his part, vigorously denies involvement in the incident (Velayati, above, is also a suspect in the attack). 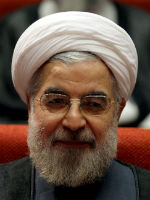 Rowhani is the closest of the remaining candidates to a reformist. In April, Roberto Toscano — a former Italian ambassador to Iran —  told Al-Monitor that “if the reformists do not run their own candidate or one who is insignificant, Rowhani could get a lot of votes.” He went on to note Rowhani’s “impeccable CV” — if you’re really interested you can see it here — which includes over 100 publications.

Rowhani’s candidacy brings the nuclear issue to the forefront, as he was Iran’s most cooperative — if short-lived — nuclear negotiator between 2003 and 2005. But although he is close to Rafsanjani, don’t expect too much of a departure from Khamenei. Rowhani has also been an advisor to the supreme leader since 1989 and has close ties to the political establishment. 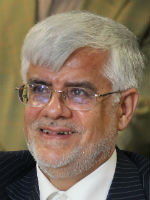 Aref was Iran’s vice president during President Mohammad Khatami’s second term (2001 to 2005). Though he is a bit more on the reformist side than many of the other candidates, as a current member of the Expediency Council he remains an advisor to Khamenei.

Though you might not expect it from his long political career, Aref’s educational background is actually in statistics. He received a Ph.D. from Stanford. If you’re interested in seeing an example of the potential future president’s academic work (or if you want to learn about a “mathematical model for a general single-source single-sing communication network”), check out his thesis here. 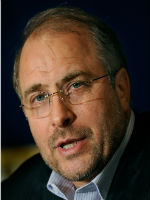 Qalibaf succeeded Ahmadinejad as mayor of Tehran in 2005, after losing to him in that year’s presidential election. And what a mayor he has been. In 2008, he came in eighth place in the World Mayor Awards (a bienniel award aiming “to raise the profile of mayors worldwide and honour those who have served their communities well”). According to the organization, he beat out other global mayoral heavy weights “for his modernisation of the capital’s infrastructure and public services.” The foundation also described him as “a keen student of other metro areas around the world, actively investing in monitoring innovation in traffic management and public transport.” Is there a better recommendation for president than that?

On the flip side, Qalibaf recently took heat for acknowledging his role in vigorous government crackdowns on political protests in 1999, 2003, and 2009. 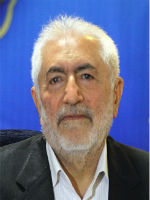 The Guardian Council’s inclusion of this former minister of petroleum and parliamentarian has left many scratching their heads. Unlike his fellow nominees, Gharazi has been out of the political spotlight for over a decade and faded into relative obscurity.

One website, Iran’s View, says it all with an article entitled “Everything About Mohammad Gharazi, Unknown Qualified Presidential Candidate.” Word count: 240.

Marya Hannun is a Ph.D. student in Arabic and Islamic studies at Georgetown University. Follow her on Twitter at: @mrhannun.
Tag: Iran

One key to securing peace in Ukraine will be exposing the faulty argument for the war’s necessity.