Why everybody, from corporate titans to terrorists, wants to make life more like a game.

If you’re checking in on Foursquare or ramping up the “strength” of your LinkedIn profile, you’ve just been gamified — whether or not you know it. “Gamification,” today’s hottest business buzzword, is gaining traction everywhere from corporate boardrooms to jihadi chat forums, and its proponents say it can revolutionize just about anything, from education to cancer treatment to ending poverty. While the global market for gamification is expected to explode from $242 million in 2012 to $2.8 billion in 2016, according to market analysis firm M2 Research, there is a growing chorus of critics who think it’s little more than a marketing gimmick. So is the application of game mechanics to everyday life more than just a passing fad? You decide. 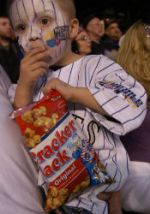 1910
Kellogg’s cereals offers its first “premium,” the Funny Jungleland Moving-Pictures book, free with every two boxes. Two years later, Cracker Jack starts putting prizes, from stickers to baseball cards, in its boxes of caramel-coated corn snacks. “A prize in every box” is an instant hit; over the next 100 years, Cracker Jack gives away more than 23 billion in-package treasures. By the 1950s, the concept of gamification is yet to be born, but its primary building block — fun — is motivating billions of consumers around the world.

1959
Duke University sociologist Donald F. Roy publishes “Banana Time,” an ethnographic study of garment workers in Chicago. Roy chronicles how workers use “fun” and “fooling” on the factory room floor — including a daily ritual game in which workers steal a banana — to stave off the “beast of monotony.” The notion that fun can enhance job satisfaction and productivity inspires reams of research on games in the workplace.

1980s
As video and computer games become increasingly widespread, education scholars start to think about their potential to enhance learning. Leading the charge are the Massachusetts Institute of Technology’s Thomas Malone and Stanford University’s Mark Lepper, whose research looks at how games inspire players to think critically and solve problems. (The key? A balance of challenge, fantasy, curiosity, and control — think 1980s edutainment mainstays “The Oregon Trail” and “Where in the World Is Carmen Sandiego?“) Although Malone and Lepper don’t use the term, “gamification” comes to mean something quite different from what Bartle originally had in mind: It’s no longer about making games better, but about breaking games down into their component parts — goals, competition, narrative — and applying them to real life.

1994
Japanese entertainment giant Sony unveils its first home console, PlayStation, selling more than 100 million units over the next decade as the global video-game industry explodes to roughly $15 billion in 1996 (from $4 billion in 1990).

2002
Ben Sawyer and David Rejeski co-found the Serious Games Initiative at the Woodrow Wilson International Center for Scholars to solve challenges in education, health care, homeland security, and national defense. Some games spawned by the movement are purely educational — like Spongelab Interactive’s “History of Biology” game — while others are designed to actually change players’ behavior. In 2008, for example, a game called “Re-Mission,” developed by a nonprofit, is shown in clinical trials to improve pediatric cancer patients’ adherence to chemotherapy regimens. 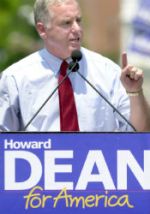 2003
Howard Dean’s campaign rolls out the first official U.S. presidential election video game. Produced by Persuasive Games, the “Howard Dean for Iowa Game” helps supporters visualize grassroots outreach and drum up real-life support for Dean. The game is played 100,000 times in the month leading up to Iowa’s caucuses, and it generates considerable buzz in the blogosphere, despite costing only $20,000 to produce. “The bang for the buck was worth it,” one campaign advisor tells the New York Times.

2005
The Washington D.C.-based production company York Zimmerman Inc. teams up with one of the co-founders of Otpor!, known for its role in ousting Slobodan Milosevic, to produce “A Force More Powerful,” a game designed to teach nonviolent resistance.* (The game is later adapted to train members of Egypt’s April 6 Youth Movement prior to the 2011 revolution.) Even the United Nations gets into the game, literally, with “Food Force,” which helps players learn to deliver aid to war zones.

2007
Bunchball, a California-based company that uses game mechanics to help clients improve online engagement, lands its first contract — to build a fan website for the NBC comedy show The Office. Soon, more industry leaders come calling, with everyone from Playboy to Ford Motor Co. enlisting Bunchball to “gamify” their operations. Conceptually distinct from serious games that aim to teach or alter players’ behavior, the marriage of advertising with game dynamics is all about getting consumers hooked on a website.

2010
Sweden unveils a “speed-camera lottery,” temporarily gamifying traffic laws in Stockholm to see whether people will drive more safely for money. The camera snaps photographs of speeding motorists so they can be fined, but it also documents those driving at or below the speed limit, automatically entering them into a lottery funded by their lead-footed compatriots. It works — at least in the immediate vicinity of the speed cam — inspiring drivers to go 22 percent slower during the three-day experiment.

2010-2011
Corporate gamification takes off. Fueled by the success of gamified applications like Foursquare, thousands of companies — including Coca-Cola, IBM, and global software giant SAP — jump on the bandwagon. In 2011, global revenue from gamification marketing, software, and consulting reaches nearly $100 million, according to M2 Research. “The business world,” innovation expert Saul Kaplan writes for the Harvard Business Review, “has gone gaga for gamification.”

2011
Volkswagen unveils a gamified crowdsourcing campaign in China, the German automaker’s biggest market, inviting consumers to design a vehicle, post their designs online, and rate others, with the results tracked on a public leaderboard. Volkswagen doesn’t actually build any of the 119,000 People’s Car Project submissions, but it makes a video simulation of one — a circular hovercraft meant to navigate narrow, crowded Chinese streets. The gamified ploy still achieves its intended purpose: driving 33 million visitors to the website in the campaign’s first year.

April 2011
Jarret Brachman and Alix Levine of the security consultancy Cronus Global write for the first time about Islamic extremists embracing gamification. “Like virtually every other popular online social space,” they write on ForeignPolicy.com, “the social space of online jihadists has become ‘gamified.'” Gateway sites like IslamicAwakening.com — where virtually every American jihadist posted at some point — use features like reputation points or “rep power” to entice users to spend more time perusing their extremist subforums.

May 2011
The U.S. Navy launches a massively multiplayer video game to generate ideas for fighting piracy in the Horn of Africa and Gulf of Aden. Unlike the popular “America’s Army“ game series, developed in the early 2000s as a U.S. Army recruiting tool, this game is all about intellectual capital. The goal, according to the Office of Naval Research, is to develop strategies that “otherwise might not emerge from more traditional wargame approaches.”

September 2011
Gamification earns serious scientific street cred as players of “Foldit,” an online protein-folding game created by University of Washington researchers, successfully map the structure of a retroviral protease that could help treat HIV infection and AIDS. What had puzzled scientists for more than a decade is accomplished by crowdsourced gamification in just 10 days.

November 2012
During an eight-day offensive against militants in the Gaza Strip, Israel’s military promotes gamification features on the front page of the Israel Defense Forces (IDF) website, allowing visitors to score points for tweets and repeat visits. The move, like Israel’s announcement of the war via Twitter, attracts considerable criticism. “Innocent people are dying on all sides, and the IDF wants to reward people for tweeting about it,” writes tech blogger Jon Mitchell. “It makes me sick.” 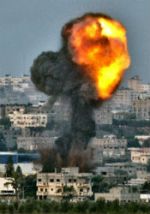 2014
Seventy percent of firms on the Forbes Global 2000 list will use at least one gamified application, according to the research firm Gartner. But some 80 percent of those applications are also expected to fail. If gamification endures, it might depend on turning big data into useful data. Already, more than 50 U.S. government organizations — and all 15 executive departments, as well as the Army, Navy, and Air Force — use games to crowdsource ideas for everything from enhancing arms control transparency to mapping dark matter.

*Correction: A previous version of this article incorrectly stated that Otpor! developed the game “A Force More Powerful.” In fact, it was York Zimmerman Inc., in consultation with one of Otpor!’s co-founders, that developed the game.