What Kim Hyuk has carried with him on his harrowing journey from the streets to the speaking circuit.

Kim Hyuk, 31, can divide his life into two parts — one for each side of the divided Korean Peninsula. These days, he lives in a small studio apartment 50 miles south of Seoul. He holds a master’s degree in public policy and gives speeches about his experience on behalf of the South Korean Ministry of Unification. But growing up in Chongjin, a factory town in North Korea’s frigid northeast, he was a street beggar and illicit cross-border trader, dashing into China to pick up iron and jewelry that he could sell back home. Arrested after one of those night raids, he spent 20 months in a North Korean “re-education camp,” where meals were fist-sized helpings of corn husks and leaves.

When Kim escaped for good on Christmas Eve 2000, crossing the Tumen River — the same route used by defectors today — he left what remained of his family and possessions and began a perilous 353-day journey through China to Mongolia, whose border police ferry refugees to freedom in South Korea. He took with him only a couple of clothing items, some vitamins, 100 Chinese yuan (about $12), a lighter, a razor, and a safety pin. “The lighter, because I smoke,” he explains. “The razor, you can use to slash yourself. And the safety pin, you can use it for getting out of handcuffs. You can also use it for suicide if you swallow it. If I had been repatriated to North Korea, I would have tried to kill myself.”

When he arrived safely in the South, Kim was treated as any other defector: with an interrogation by intelligence officials and a mandatory stint at Hanawon, a government resettlement facility. It was this time of transition that he says ranks among the toughest. He has built a new life now, but he’s still not sure what remains of those he left behind. His mother died when he was young, and he figures his father and older brother died of starvation, though he’s not certain. These are the few things Kim acquired as he went from one life to the next. 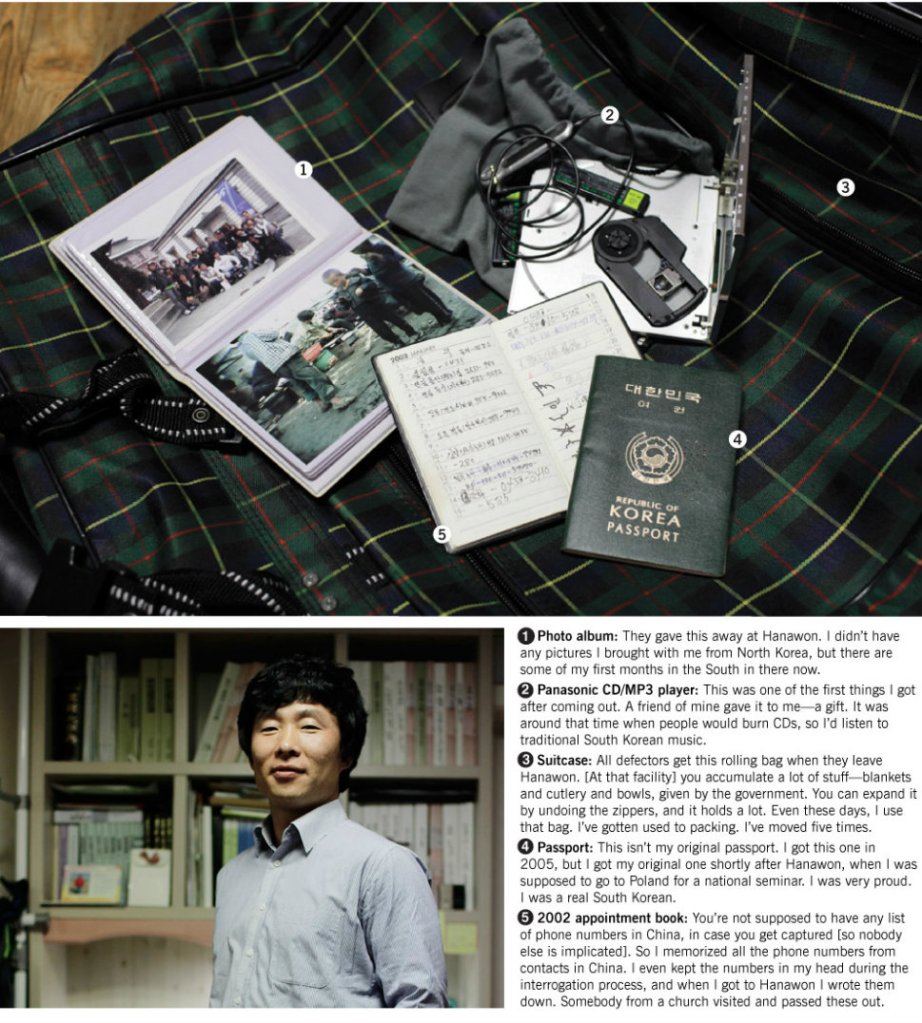