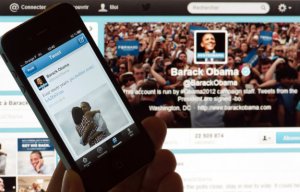 With 500 million users and counting, Twitter has become a favored platform for politicians — or, at the very least, their PR departments — to share their views with the world. In fact, according to a recent study on so-called “Twiplomacy” by the communications firm Burson-Marsteller, more than three-quarters of world leaders have “joined the conversation.” As of July, the 505 world leaders with Twitter accounts boasted nearly 106 million followers combined. Politicians ranging from Iran’s new President Hassan Rouhani to Pakistan’s former leader Pervez Musharraf have taken to the medium to exercise leadership — in 140 characters or less.

All this political tweeting has provided us with a virtual treasure trove of information about these leaders. “You are what you tweet,” as the saying goes. With this in mind, Foreign Policy has turned to four of the most interesting Twitter analytics tools available to see what insights we can glean from the Twitter accounts of eight of the most powerful leaders on the globe, from America’s Barack Obama to India’s Manmohan Singh.

Here’s what we found; take it all — particularly, the findings of TweetPsych, which builds a psychological profile of a user from his or her tweets — with the grain of salt it deserves.

The U.S. president’s score on Klout, which seeks to measure a user’s “influence” on social media by the level of response to what he or she shares, is a whopping 99. On this front, Obama even manages to edge out Twitter heavyweights like Justin Bieber (96) and Lady Gaga (95). He is by far the most-followed world leader on Twitter, but it’s not just a one-way street — Obama also follows more people than any of the other leaders on our list. However, according to Twiplomacy, only two of those people are other world leaders (cue the op-eds about Obama’s standoffishness diminishing American influence on the world stage).

Klout also seeks to measure who a user is influenced by. So, who influences Obama most? According to Klout, it’s Joe Biden, the Democratic National Committee, and Michelle Obama — in that order.

The MyTopTweet app claims that Obama’s Top Tweet — the one that garnered the greatest number of retweets and favorites — came in March of 2010, when the House passed the Affordable Care Act:

If that doesn’t sound right to you, you’re on to something. The president’s most retweeted tweet — and the most popular tweet in Twitter’s history — is actually the post-reelection image of him embracing Michelle with the caption, “Four more years.” Like we said, take the findings of these Twitter apps with a grain of salt.

The British prime minister has found Twitter to be something of a rude awakening, as it’s brought him up close and personal with some Britons who previously had to lob their disdain at the premier from a distance. Last December, reports of the abuse Cameron has faced on social media even made headlines, after he found himself on the receiving end of digs about everything from his policies to his weight. So far, however, the prime minister appears to be taking his Twitter notoriety in stride. “Trolls are my new favorite things,” he told journalists.

He’s no Barack Obama, but Cameron’s Klout score is still an impressive 92. The Twittersphere may enjoy trolling Cameron, but at least that means they’re following him.

If Barack Obama is a workaholic, is the prime minister a nymphomaniac? According to TweetPsych, Cameron tweets about sex 433 percent more than the average user. And yet, a quick scan of Cameron’s recent tweets reveals a feed that is disappointingly tame. Perhaps some recent talk about “sneak previews” and “special relationships” triggered the algorithm’s Freudian slip.

The prime minister of the United Kingdom reached his greatest heights of Twitter glory to date riding on the coattails of a boy band.

Though Twiplomacy deemed Pope Francis the most influential tweeter of all world leaders, his Klout score when tweeting in English comes in below some of the others we examined at 89. But combine that with the Klout scores of his German (65), French (70), Polish (61), Portuguese (78), Spanish (80), Italian (72), Latin (66), and Arabic (63) accounts and you get a force to be reckoned with.

Reassuringly, TweetPsych tells us that the pope is a good counselor, who tweets about social issues 164 percent more than the average user. Francis, according to TweetPsych, exhibits a high prevalence of “inclusive Tweets, social behavior, and speaking directly to the listener.” It’s exactly what you’d want in a tweeting pontiff.

Francis’s top tweet was his first upon being tapped to lead the Catholic Church (according to the Twiplomacy study, the pope, with an average of 11,116 retweets per tweet, is the “most influential” world leader on Twitter):

Dear friends, I thank you from my heart and I ask you to continue to pray for me.Pope Francis.

Once upon a time, the French president was a regular tweeter, but he hasn’t made much noise since taking office last May, tweeting only one time since his inauguration. Perhaps Hollande is keeping a low profile on the social network after his embarrassing Twitter tangle last year. Hollande’s current partner tweeted a knock against his ex, and French Twitter tongues began wagging.

Incredibly, Hollande’s Klout score of 87 means the French president, despite his radio silence, manages to wield just a bit more influence in the social media sphere than actor Ryan Gosling, who comes in at 85.

Unfortunately, we don’t have much insight into Hollande because TweetPsych doesn’t analyze accounts for those who don’t tweet primarily in English. It’s a problem one would run into a lot in trying to sketch a psychological portrait of the world’s tweeters in chief; according to the Twiplomacy study, world leaders tweet in 48 different languages.

Translation: “My mission, my duty is to serve the Republic, serve France!”

The Israeli prime minister isn’t a frequent tweeter, but hashtag-laden tweets like this one have won him a Klout score of 87:

The #Iranian #nuclear #program must be halted. Period.

Middle East policy wonks won’t be surprised to learn that the accounts with the most influence over his Twitter feed are the White House and the U.S. embassy in Tel Aviv.

Netanyahu is alone among the national leaders we studied in having more followers in another country — the United States — than in his own.

Netanyahu exhibits no pronounced Twitter personality traits, aside from tweeting about work slightly more (13 percent) than your average user.

Netanyahu sent out his most popular tweet to date during the highly charged (and social media-saturated) eight days of fighting between Israel and Gaza in November 2012:

The #terrorists in #Gaza are committing a double #war #crime. They fire at Israeli civilians, and they hide behind #Palestinian civilians

Medvedev is an active social networker, juggling Facebook, Twitter, and Instagram accounts. But take note: Just because you follow the Russian prime minister on Twitter doesn’t mean you’re friends. In March, Medvedev’s office released a statement warning his followers not to get too familiar when tweeting at the politician. “He’s not Dimon [a nickname for Dimitry] to you,” said spokeswoman Natalya Timakova. “He’s the head of the government.”

Despite his hardline stance on online familiarity, Medvedev maintains a Klout score of 86. Who influences Medvedev’s Twitter feed the most? Not his boss Vladimir Putin, but rather his best Twitter buddy Arnold Schwarzenegger. The two have maintained a very public friendship on the social media platform since they met in Silicon Valley in 2010, even using it to plan a ski vacation.

Medvedev, according to TweetPsych, tweets about “control” 281 percent more than the average user. “This includes restraint and moral imperatives and may indicate a desire to impose order,” reads the app’s analysis. Perhaps TweetPsych is picking up on the psychological toll of political life in the shadow of Vladimir Putin.

Medvedev’s greatest hit came during a 2010 trip to the United States:

Haven’t had a burger in a while. Lunch with Obama at Ray’s Hell Burger: http://eng.kremlin.ru/photo/177

Argentina’s president, an avid tweeter who once sent 61 tweets in 9 hours during protests against her government, boasts a Klout score of 82 (as the Economist cheekily observerd, “She seems to view Twitter’s 140-character limit as rather like the other checks on her power: an annoyance to be sidestepped rather than a hard rule”). She also boasts over 2 million followers — more than most of the figures on this list.

According to the app, her major influencers on Twitter include the late Venezuelan President Hugo Chávez, an epic tweeter.

Kirchner tweets in Spanish, so TweetPsych wasn’t available for her account.

Kirchner’s top tweet happens to be of a strikingly personal nature:

Translation: “This would make him happy. Max, our son, is going to be a father. I’m going to have a grandson! CFK grandma! God takes …, God gives”

As the prime minister of India, Singh has faced criticism for his camera-shy, sometimes-aloof demeanor. But detractors should take note of his Klout score: a whopping 80. Not too shabby, considering he has only 700,000 followers.

Prime Minister Singh is also a bit of a workaholic, tweeting about employment and work-related issues 127 percent more often than your average user.

“While she may have lost her battle for life, it is up to us all to ensure that her death will not have been in vain.” pib.nic.in/newsite/erelea…

Marya Hannun is a Ph.D. student in Arabic and Islamic studies at Georgetown University. Follow her on Twitter at: @mrhannun.
Tags: Barack Obama, Economics, Media, Politics, Science and Technology