Shantytown resorts, homeless hotels, and 6 other tasteless vacations for the 1 percent

By Catherine A. Traywick 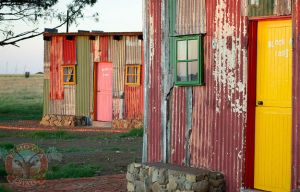 When Marie Antoinette wanted to escape the confines and pressures of courtly life, she retreated to her quaint Petit Hameau where she and her companions donned their finest peasant frocks and pretended to be poor. A century later, fashionable Londoners took that pauper fantasy to a new extreme — nocturnally touring East London’s slums, where they gawked at ladies of the night and coined the phrase “slumming it.” The idiosyncratic pastime eventually made its way across the pond and, before long, New York City socialites were hitting the Bowery in search of opium dens and low-brow adventure. Back then, slum tourism was sort of a DIY diversion.

Today, it’s an all-inclusive destination vacation. Twenty-first century slum tourism is a far cry from the back alley excursions of yesteryear. For the right price, discerning travelers can experience firsthand how the poorest of the poor live — without ever having to sacrifice first-world conveniences like WiFi, heated floors, and jacuzzi tubs.

Here are details of eight of our (least) favorite poverty-chic getaways, including what a vacation or tour will set you back, where to book — and just how tasteless these options are.

Have you ever wanted to steal away to a cozy tin shack in one of South Africa’s sprawling shantytowns — only to change your mind over concerns about crime, noise, and generally poor infrastructure? Emoya, a luxury hotel in Bloemfontein, may be just what you’re looking for: A quaint little shantytown tucked safely away on a game preserve. A mere $82 per night will get you a private shack, made of corrugated tin sheets, so you can experience the charm of living in a post-apartheid shantytown, without ever having to set foot in one. The shantys are child-friendly, and come equipped with heated floors, free WiFi, and spa services. 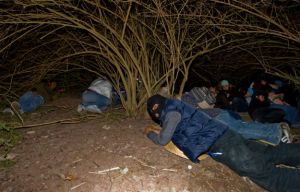 In Southern Mexico, an eco-park owned by Hñahñu Indians offers tourists a chance to live out the drama and tension of an illegal border crossing. Called “Night Walk,” the strange excursion lasts about four hours and takes groups on an imaginary journey through the desert and across the Rio Grande. A dozen or so Hñahñus act out different roles: fellow migrants in search of work, as well as police on the lookout for border crossers. The park has many other attractions, too — including hot springs, kayaking and camp grounds — but the Night Walk seems to be the biggest draw. 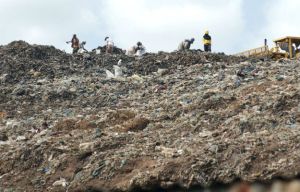 3. Take a load off at the largest garbage dump in the Philippines
Smokey Tours
Manila, Philippines
Landfill Tour $17 per person
Cockfighting Tour $22 per person
Tastelessness: Moderate

Manila’s largest landfill is also home to thousands of urban poor who eke out a living by sifting through trash. Now, an enterprising company is inviting curious tourists to participate in that bleak reality. “We wander down the narrow alleys of the area … and see residents living in small, wooden huts with poor sanitation, and with poor access to water and electricity,” the company’s website advertises. The tour costs $17 and participants are asked to wear plastic booties and surgical masks to protect themselves from the refuse. There is a silver lining to this troubling voeyeruism: The company claims that the tours are meant to raise awareness of the plight of Manila’s urban poor communities. As such, no photos are allowed and 100 percent of profits from the tours reportedly supports education and health programs for children who live in the dump. That said, they also offer a cockfighting tour. 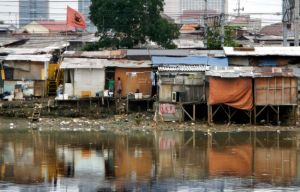 Travelers looking for a more realistic third-world experience may find it at “Banana Republic,” a plantation village just minutes outside of Jakarta. Ten dollars per night will get you a room, a mattress, and a fan within this interconnected complex of shanty homes. Bring your own flashlight if you expect to use the outdoor toilet at night, as well as your own toiletries for the communal shower. If that’s not authentic enough for you, the Airbnb posting notes that “In December, the floods arrive. Heavy rain causes the river surrounding the village to overflow…. The rusty roofs leak and leave the homes damp.” According to the ad, your $10 will go towards unclogging the river and repairing damaged roofs — but not before you get the chance to enjoy both.

A Brazilian company called Exotic Tours was the first to offer sightseeing tours of Rio de Janeiro’s biggest slum, Rocinha. In recent years, it began hiring local favela residents to work as guides, an effort that created a more authentic experience for travelers, and provided some income for members of the community. The company claims that some of the proceeds benefit a local school, so tourists can rest assured that they’re doing their part to help Rio’s urban poor. Be warned, though: Increasing tourism has helped to transform Rocinha from a sprawling shantytown into a semi-developed urban slum, so it’s perhaps less gritty than the average poverty tourist might prefer. 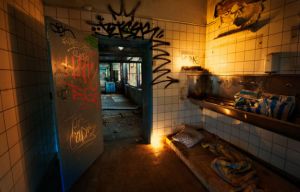 6. In Sweden, book a spot below an overpass like a homeless per
son
Faktum Hotels
Gothenburg, Sweden
Lodging starting from $15 per night
Tastelessness: Moderate

Gothenburg, Sweden has more than 3,000 homeless people. Now, one company, Faktum Hotels, has mapped out 10 of their favorite places to sleep, and is renting them out to intrepid travelers who want to experience Sweden from the perspective of its most destitute. Book a corner at the abandoned paper mill, curl up under a bridge, or camp out in a public park (conveniently situated near several trendy cafes). Admittedly, the enterprise is a tad tongue-in-cheek. Hotel proceeds go towards programs that benefit Gothenburg’s homeless population. Patrons aren’t even expected to sleep in the spots they book — but it’s probably fair to assume that at least a few bold souls have given it a try. 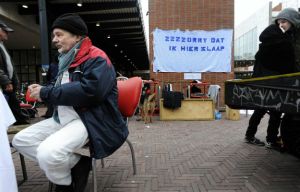 7. Walk a mile in a homeless person’s shoes, in Amsterdam
Mokum Events
Amsterdam, Netherlands
Tour starts at $16 per person
Tastelessness: Moderate (though Mokum’s advertising language gets a High)

If you want a more textured experience of homelessness than a single night under a bridge can accomplish, you might trek on over to Amsterdam, where an entertainment company is offering city tours guided by an actual homeless person. As advertised on its website, Mokum Events “has found a homeless person in Amsterdam who experienced it all.” For a fee, you can take a walk with this man, beg for food together, and hear all about the ups and downs of living on the street. And lest you question the ethics of this pastime, the company reassures tourists that “your homeless person is not unhappy!” He’ll even show you where he sleeps and “point to the rubbish bins of restaurants, where at times a royal meal can be made from hearty scraps.” 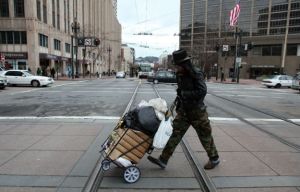 Most visitors to San Francisco try to avoid the Tenderloin, a downtown neighborhood once notorious for its high crime rate but now better known for its population of vagrants. One man, Milton Aparicio, is trying to change that, by offering tours that highlight the Tenderloin’s unique culture of homelessness. “We’ll go to a couple of shelters, day centers for children, soup kitchens, ” he advertises, offering “a guided experience of what it’s like to be homeless from a friendly homeless person.” Like most other examples of slum tourism, it promises an eye-opening experience that will certainly lead to personal growth and enlightenment.

In that respect, contemporary poverty tourism still resembles its 19th century predecessors. While the original London slumming parties were unabashedly voyeuristic and exploitative, they nevertheless revealed an upside: The parting of the veil between rich and poor moved some members of the upper classes to charitable action. “London slumming brought to the notice of the rich much suffering,” the New York Times reported in 1884, “and led to sanitary reforms.” Modern day slumming, by contrast, is often characterized at the outset as a socially responsible endeavor — often purporting to benefit impoverished communities. That said, it’s still a little creepy to pay for the experience of watching poor people like animals in a zoo.