The Things They Carried: The Chemical Weapons Inspector

What to pack for the Syrian front lines. 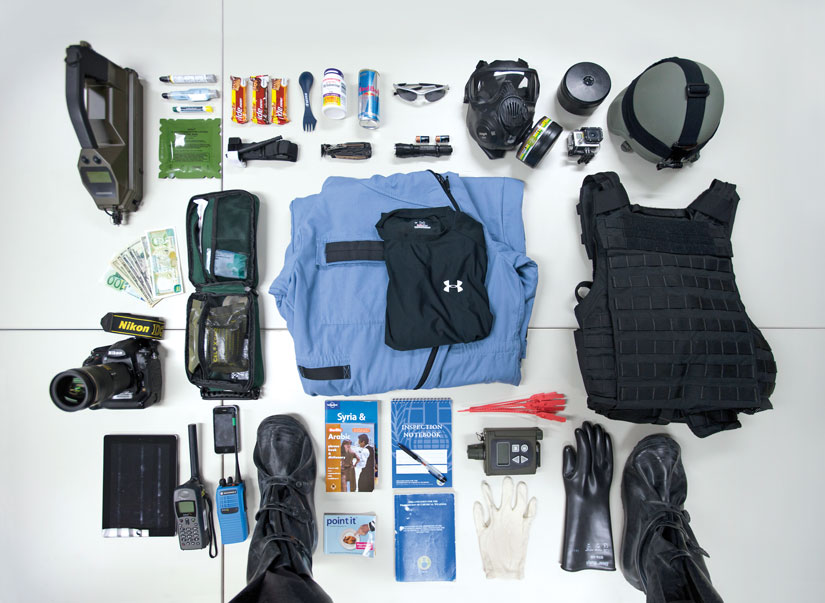 Peter White has traveled the world helping countries dismantle their chemical weapons facilities. Until he visited Syria, however, he had never worked in a war zone. “There were a few sleepless nights in the first week, and we weren’t really sure what was happening,” says the inspector with the Nobel Peace Prize-winning Organization for the Prohibition of Chemical Weapons (OPCW). “All day and all night, we heard gunfire and artillery shelling, which wasn’t something I’ve experienced before.”

White, who is British and carries the official job title of “senior chemical demilitarization officer,” went to Syria for five weeks last September. He was part of the OPCW team allowed into the country after an international deal was reached to destroy Bashar al-Assad’s arsenal of chemical weapons, which the regime used on its own people during Syria’s bloody, intractable civil war. White, who grew up wanting to be a farmer before deciding that the work was too hard and munitions were more interesting, visited facilities where chemical weapons were made and advised the Syrians on how to get rid of their stockpile. “What struck me was how sophisticated the Syrian program was. They had bought the best of everything,” he says. As for Syrian officials, White insists that they surprised him. “We had prepared for and trained for going into a nonpermissive environment.… However, from what I experienced out there, they couldn’t have been more helpful.”

Foreign Policy met with White in December at the OPCW storage facility, a warehouse-like space near The Hague where inspection gear is housed alongside a small lab equipped for weapons analysis. White, who has been with the OPCW since 2007, offered a glimpse of what he takes with him on trips. He was packing his bags that day for a mission in France, but he is volunteering to return to Syria in 2014. 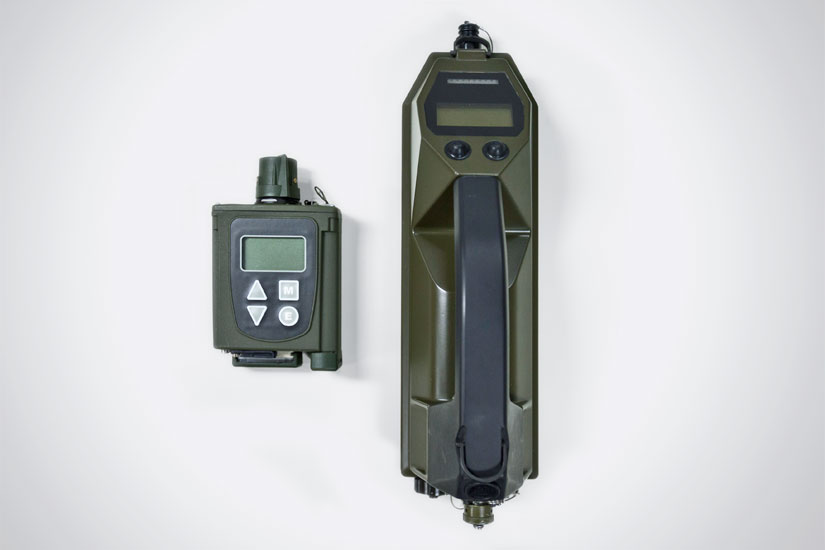 “This crucial bit of high-tech equipment allows us to detect all chemicals and nerve agents in an area so that we know exactly the situation that we are dealing with.” 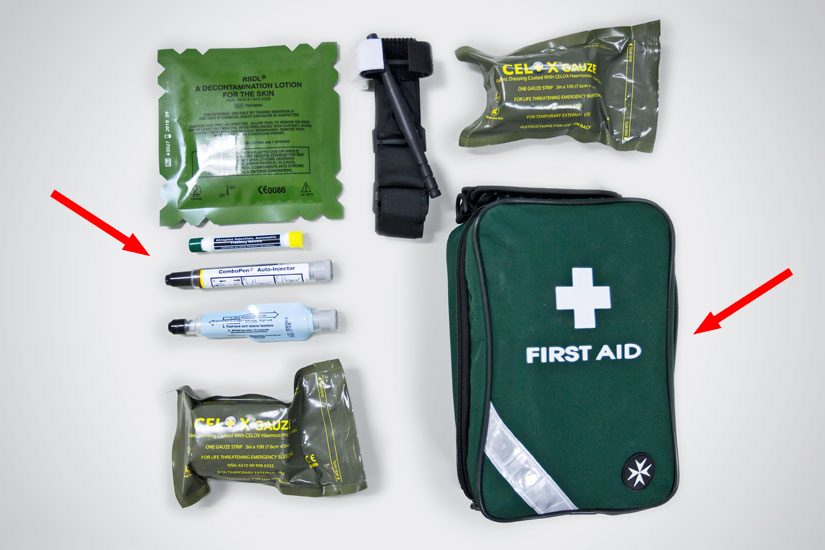 “If you get contaminated with nerve agent, you take the cap off one of the pens and bang it into your leg. I’ve never had to use these.”

“We all have a personal first-aid kit with us in case of emergencies. Medical support personnel are on hand, but if you’re working in a bunker, you may be a few hundred meters from help.” 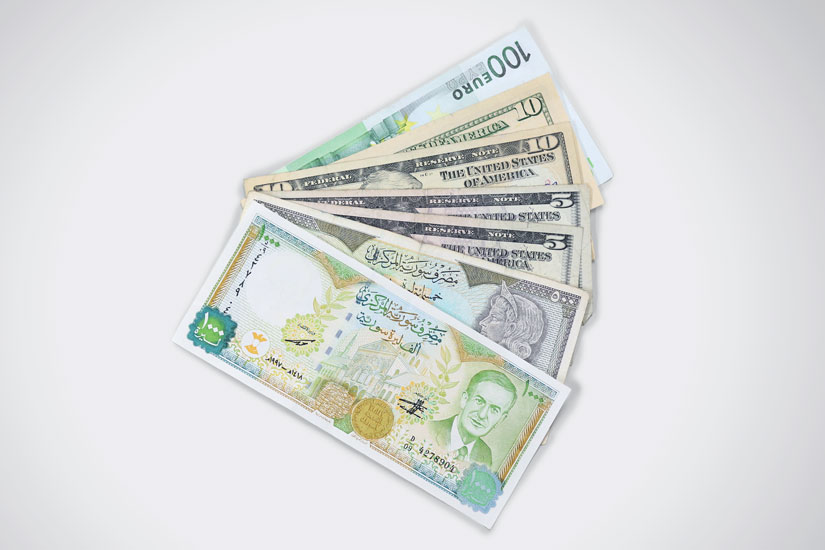 “I take a range of different currencies depending on where I go. For Syria, I took dollars, euros, and Syrian pounds. They really liked euros.” 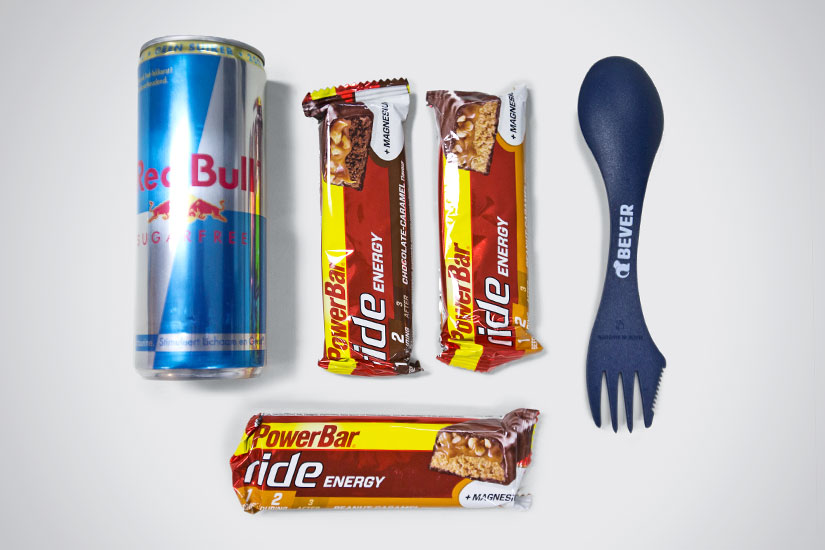 “Handy if food has been provided but someone has forgotten the cutlery.” 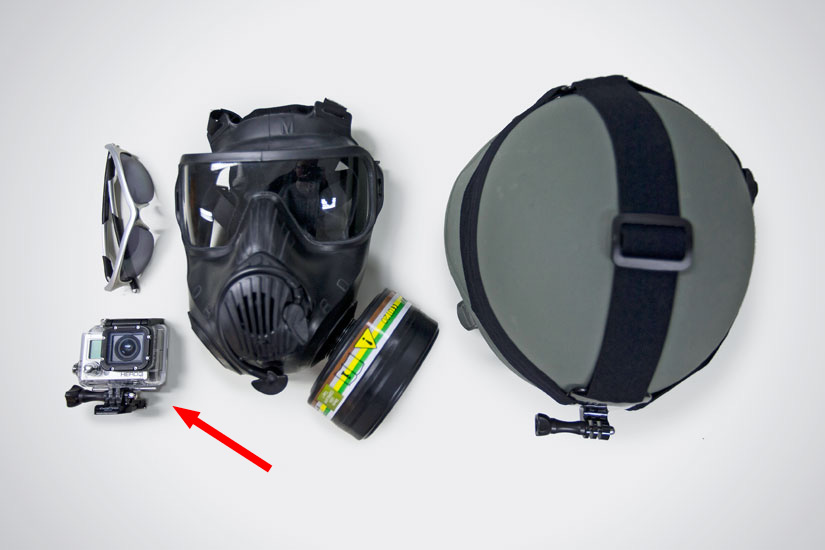 “This is great for the future planning of destroying everything, noting the heights of the tunnels, whether you can get forklift trucks in, and things like that.” 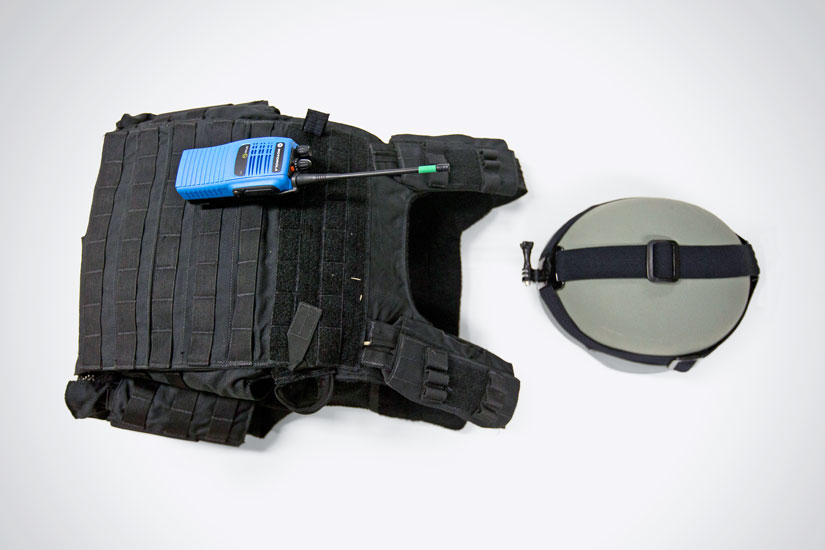 “A vital bit of kit that helps protect you against bullets and bomb fragments, although in some areas, we would take it off for greater mobility. You have to weigh up the risk of being shot against the risk of exposure to chemicals.”

“We wear butyl and neoprene rubber gloves that protect us.… The cotton undergloves go on first to make them more comfortable. They absorb the sweat.” 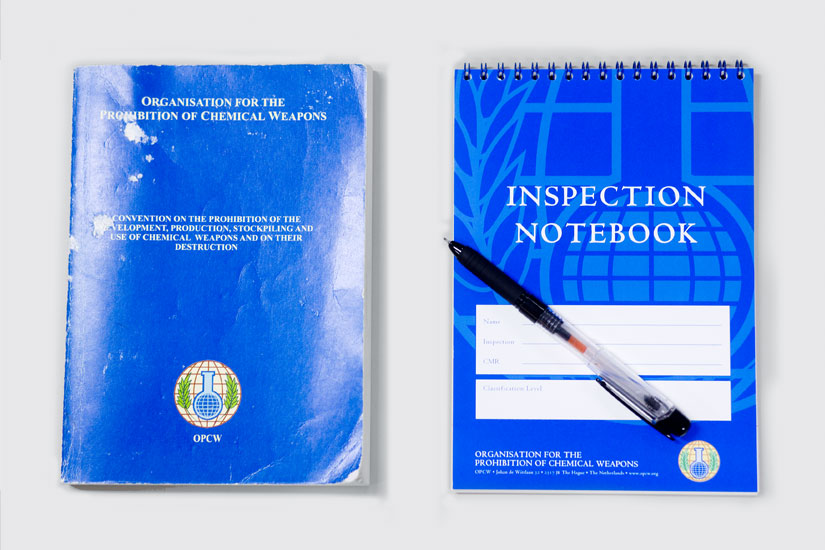 “All notes must be taken in this little book. You can’t write on anything else, since [OPCW] state parties have the right to see all notes.” 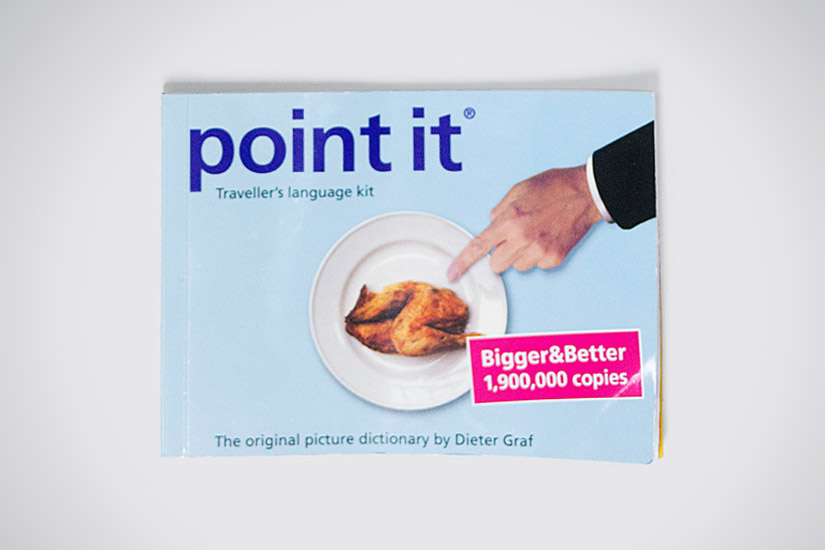 
“This is the world’s best thing. It’s got hundreds and hundreds of pictures of everything, so no matter where you go, you’re always going to be able to get by, even if no one speaks any English.” 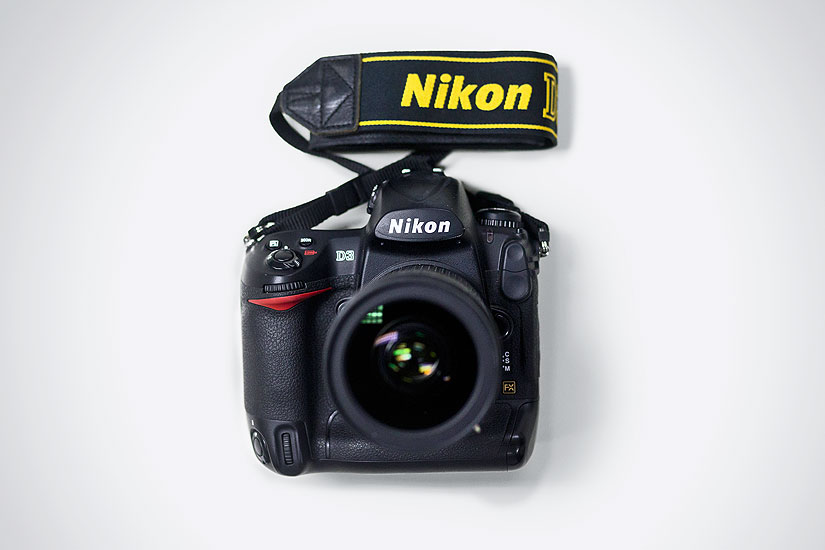 “You can shoot a picture in great detail. Then when you get back and someone asks, “What’s in the far corner of that room?” you can zoom in to the nth detail and pull out all the information you need.”