Satellite images show that Pyongyang is up to no good at its Punggye-ri nuclear site. The question isn't if a nuclear test will happen -- but when.

Recent commercial satellite imagery indicates that movement at North Korea’s Punggye-ri Nuclear Test Site is more than just stagecraft to stoke tensions — the curtain is likely to rise on its fourth nuclear test, if not in the next few days, then in the next week or two.

In the six-week period from early March 2014 until April 23, satellite imagery has shown an increase in activities at key facilities at Punggye-ri, where the North has set off three blasts in the past eight years. It is virtually impossible to catch North Koreans in the act of moving a nuclear device to a potential test site. And making matters even more complicated is the fact that information provided by commercial satellite companies is limited — they do not take pictures everyday, so when they do it is just a snapshot in time that may or may not capture important activities. In contrast to the amount of information the United States gathered during the Cold War, when the Soviet Union conducted hundreds of nuclear tests, data on North Korea’s nuclear testing methods are much more limited since it has only conducted three tests so far.

One such place that has provided clues, however, has been Punggye-ri’s Main Support Area, where the North managed operations as well as handled personnel and equipment used for its previous test in February 2013. This year, on April 19, satellite imagery indicated that all was pretty quiet in that area: The snow had been cleared and some boxes were visible, but no vehicles were seen. By April 23, satellite imagery showed probable command-and-control vehicles parked in the Main Support Area — likely intended to provide secure communications between the test site and other facilities (Figure 1). And this was an important sign: Satellites also spotted these vehicles in the weeks before the 2013 test (Figure 2). Thus, it would not be too much of a stretch of the imagination to wonder whether another test is in the cards.

Figure 2. Command and communications vehicles before the February 2013 nuclear test. 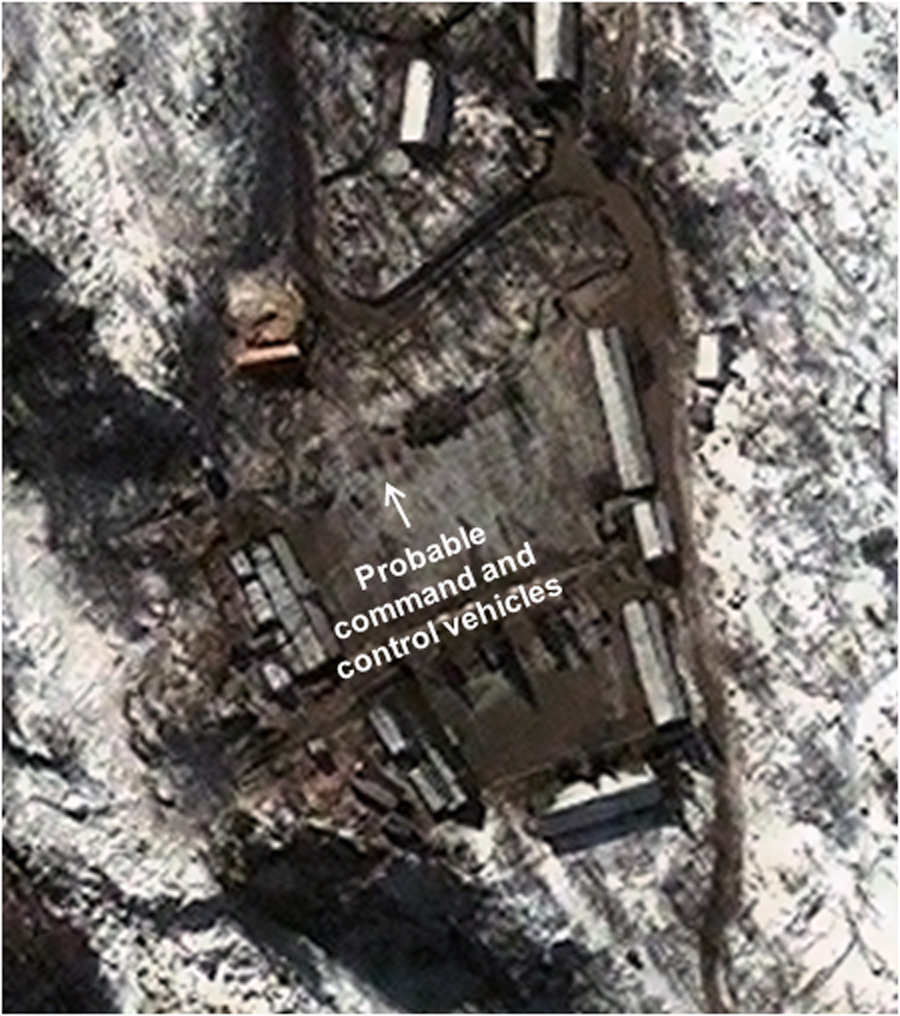 It is also worthwhile to look at the areas where North Korean workers are digging tunnels for the nuclear tests. As far as we know, there are three at Punggye-ri where tests are conducted. The spot where the 2006 test was held is no longer in use. The second, the West Portal, is the location of the 2009 and 2013 tests. Pyongyang is digging there again, but we do not think the work is complete. The third spot, the South Portal, is where we have noticed at least two tunnel entrances, which, we think, lead to completed tunnels that are ready to be used. This is where it appears the North will conduct its next blasts.

Commercial satellite imagery from March and April 2014 indicates that activity has increased at the entrances to those tunnels. From early March to April 19, workers seem to have cleared a parking area and moved crates, boxes, and what may be lumber near those entrances. It is possible that these materials are being moved inside the tunnels. Vehicles are likely coming and going, as shown in an April 19 image of a large trailer truck traveling away from the test site. By April 23, there was additional movement near the tunnel entrances. Satellite images spotted more vehicles and equipment; boxes had clearly been moved, possibly inside the tunnel. This activity is consistent with what we saw before the February 2013 nuclear test. If we had daily satellite pictures, we might see preparations peaking two to three days before the detonation, followed by the withdrawal of all equipment, vehicles, and personnel before the blast, as well as the sealing of the test tunnel — much like what happened last year. However, whether North Korea will follow the same timeline in 2014 remains unclear (Figure 3).

Based on limited information, it is very difficult, if not impossible, to pinpoint the exact date of a nuclear test in the North. While over the past few weeks the media have focused on the possibility of a nuclear detonation during U.S. President Barack Obama’s current visit to Seoul on April 25 and 26th, this narrative has been stoked by the unrelenting drumbeat from the South Korean Ministry of Defense, which has provided a play-by-play analysis of activities at the North’s test site.

We, on the other hand, hampered perhaps by our limited information, have tried to be more cautious about predicting timing. From our perspective, that’s the wisest course of action when dealing with anything North Korean.

Figure 3. Increased activity around the tunnels at the South Portal. 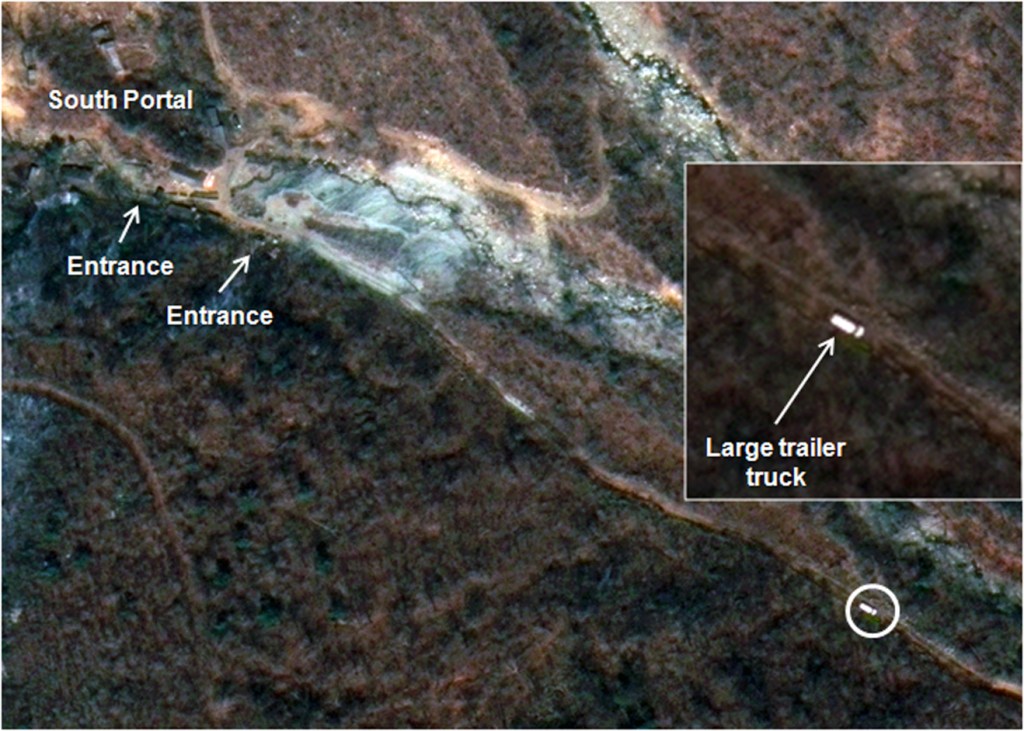 This article is in cooperation with 38North, which published the original analyses on its website.