How a renowned South Indian fast food magnate got away with murder.

Saravana Bhavan doesn’t look like a house of secrets. Its dining room at the corner of Lexington Avenue and 26th Street is clean and bright and often attracts a line out front. It doesn’t advertise because it doesn’t need to; the fact that it’s one of the world’s largest chains of vegetarian restaurants – 33 in India, another 47 in a dozen other countries – is considered too obvious to its core clientele of Indian expatriates and tourists to be worth trumpeting. In a city overwhelmed with underwhelming north Indian food, Saravana Bhavan is the standard-bearer of the delicacies of the south, but it makes no effort to educate the uninitiated. If you don’t know what a dosa is or how to eat it, you’re on your own.

The man behind the chain is an elusive 66-year-old named P. Rajagopal. Among his peers in the restaurant business in Chennai, the south Indian city where Saravana Bhavan is headquartered, Rajagopal is a legend. “He brought prestige to the vegetarian business,” said a restaurateur named Manoharan, who runs a competing chain called Murugan Idli. “He made a revolution.”

“Death From Above: How American Drone Strikes Are Devastating Yemen,” by Vivian Salama, Rolling Stone

On the ground in a country where unmanned missile attacks are a terrifyingly regular occurrence.

The people of Yemen can hear destruction before it arrives. In cities, towns and villages across this country, which hangs off the southern end of the Arabian Peninsula, the air buzzes with the sound of American drones flying overhead. The sound is a constant and terrible reminder: a robot plane, acting on secret intelligence, may calculate that the man across from you at the coffee shop, or the acquaintance with whom you’ve shared a passing word on the street, is an Al Qaeda operative. This intelligence may be accurate or it may not, but it doesn’t matter. If you are in the wrong place at the wrong time, the chaotic buzzing above sharpens into the death-herald of an incoming missile.

Such quite literal existential uncertainty is coming at a deep psychological cost for the Yemeni people. For Americans, this military campaign is an abstraction. The drone strikes don’t require U.S. troops on the ground, and thus are easy to keep out of sight and out of mind. Over half of Yemen’s 24.8 million citizens — militants and civilians alike — are impacted every day. A war is happening, and one of the unforeseen casualties is the Yemeni mind.


Every month, hundreds in north Africa and the Middle East leave by boat to seek new lives in Europe. But many vanish without trace.

Wertane lives in El Kabariya, a poor suburb of Tunis, where electricity cables sag across the dusty streets and many of the buildings are half-built or derelict. In this small community, there are 25 missing people, all driven by the uncertainties of the Arab spring and the ailing Tunisian economy to take to boats in the hope of finding work in Europe. All but one were young men whose only income came from recycling empty bottles. All had talked, with longing and anger, of the need to leave Tunisia, to go somewhere they could find work and earn money to send home. Pointing at the ramshackle houses, the shabby clothes, the thin, small, solemn children, one old man explains that his son left in order to “faire l’avenir” — find a future. With the economic slump, and Europe’s ever more closed borders, the only way to seek one was illegally.

The lost men of El Kabariya are not typical of the flows of boat people-175,000 are officially recorded as having arrived in Italy alone in the past six years, and the true figure is thought to be much higher — because the possibility of leaving for Europe across the sea lies on their doorsteps. Far more — Eritreans, Sudanese, Ethiopians — have already survived terrifying flights from persecution in their sub-Saharan countries, then crossed the deserts and mountains of north Africa, before their boat journey even begins. But all boat people, wherever their journeys start, share the same despair and yearning. As the popular north African rapper Samir Balti recently put it in a song, “They’ve gone where the wave decided they would go/Where death is present/They went where the news is lost/…They went where they feed fish/They went where mothers weep.”

An investigation into the Third Reich’s enduring mystery.

Whatever the ultimate outcome of Vladimir Putin’s Crimean Gambit, now threatening to The Third Reich was founded on a conspiracy theory. The Communists, the Nazis’ most implacable opponents, had won 17 per cent of the vote in the last completely free elections of the Weimar Republic, in November 1932, increasing their support while the Nazis dropped back. They had never made any secret of wanting to destroy Weimar democracy and create a Communist state. It seemed obvious to Hitler that the destruction of the Reichstag could only be the result of a Communist plot to seize power. The Nazi leadership proceeded therefore to charge a number of Communists with conspiracy. A wave of propaganda convinced many middle-class Germans that the emergency decree was justified.

During the blaze, the police found a young Dutchman called Marinus van der Lubbe in the building. He had firelighters in his possession and other suspicious material. By the time he was brought to trial before the Supreme Court in Leipzig, he had been joined in the dock by Georgi Dimitrov, head of the Central Europe Section of the Communist International, two other Bulgarian Communists who had been in Berlin at the time of the fire, and Ernst Torgler, chairman of the German Communist Party in the Reichstag. The trial was a fiasco. Dimitrov ran rings round the prosecution, reduced Göring, who appeared as a witness, to incoherent rage, and mocked the Nazis’ conspiracy theory with wit and panache. The trial judges, led by Wilhelm Bünger, a conservative but not a Nazi, a form
er minister-president of Saxony, found that the Communists had planned the fire, but dismissed the charges against Torgler and the three Bulgarians on the grounds of insufficient evidence. 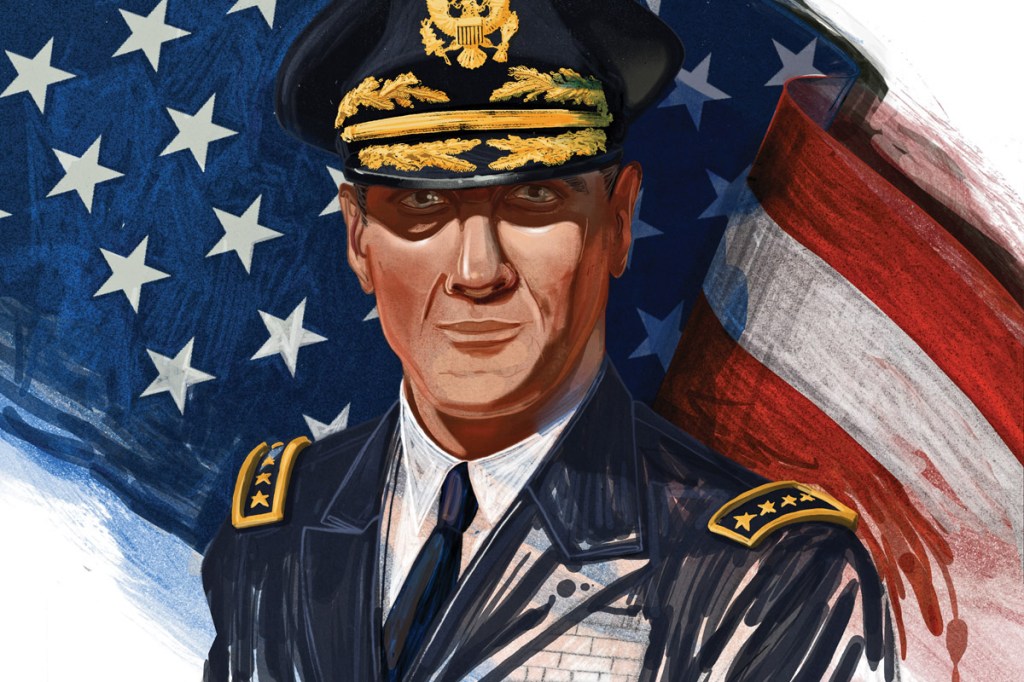 “Portrait of the Army as a Work in Progress,” Rosa Brooks, Foreign Policy

The service’s plan to revamp itself for the post-post-9/11 world is ambiguous and rife with contradiction. That’s what makes it brilliant.

It’s raining in the kuwaiti desert.

It’s not supposed to rain here, and the downpour is snarling traffic, flooding barracks, and leaving military vehicles sodden and afloat at camp arifjan, the largest u.s. military base in kuwait. Smaller than new jersey, the country is home to more than 8,000 american soldiers — the largest concentration of deployed army personnel outside afghanistan, germany, and south korea.

“So what are you guys doing here?” I ask the young private next to me in line at the camp’s spacious Starbucks. “I mean, in Kuwait. What’s your mission here?”

He offers a sheepish shrug. “Got me, ma’am. That’s above my pay grade. I’m just trying to stay dry.”

“Ours not to wonder why, ours but to try and stay dry,” quips the lieutenant standing nearby, carefully maneuvering a lid onto his overflowing caramel latte.

NEW FOR SUBSCRIBERS: Want to read more on this topic or region? Click + to receive email alerts when new stories are published on Politics, Military, Economics