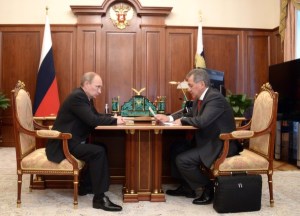 How Soviet history helps explain Russia and the crisis in Ukraine.

Although an expansionist foreign policy is one ideological legacy of Soviet communism, so is a belief in a strong social safety net, egalitarianism, and the dignity of workers. If those more progressive values can survive the corruption and cronyism that suffuse Russian economic and political life today, Putinism’s internal contradictions might become more apparent. Putin’s regime stands on a Soviet material base that is rapidly crumbling, and his political style, with its gaudy embrace of the very Western consumerism it claims to disdain — Brezhnev would never have cruised around Moscow in a convoy of Mercedes-Benzes — might over time come to seem fundamentally alien to the Russian body politic.

The drunk, jingoistic computer programmer I sat next to on that Aeroflot flight is certainly one face of the new Russia. But so are the tens of thousands of people who poured into the streets of Moscow in March to protest the Russian military incursion into Crimea. With Putin cracking down on dissent and squeezing the remnants of the independent media, and with much of the country in the throes of a kind of war lust, things do not look good. But if there’s any lesson to be learned from Russian history, it’s that things can change very quickly. 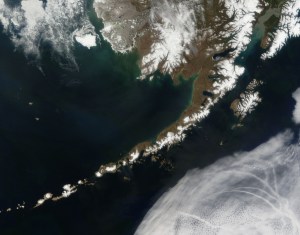 When World War II threatened a remote chain of islands off the Alaskan coast, the indigenous Aleut people were displaced from their homes.

Under American rule, the several hundred remaining Aleut people were classed as “wards” of the state. Residents of the islands St. George and St. Paul — north of the main Aleutian chain, where the rich seal hunt took place — were overseen by the Fish and Wildlife Service. The rest of the Aleut communities fell under the purview of the federal Bureau of Indian Affairs and its subsidiary, the Alaska Indian Service. When war loomed with Japan in the 1930s, the Aleuts’ fate was in the hands of an array of overlapping government departments.

The bureaucracy was tangled even further in 1940 and 1941, when the US military, seeing the Aleutians as both a possible enemy target and a potential launching point for an American attack on Japan, initiated a military buildup in the islands. Dutch Harbor — the military and marine facility adjacent to the civilian town of Unalaska — was the hub of the new activity. Soldiers and labourers flooded in from outside, property values rose and liquor flowed. On December 2, 1941, just days before the attack on Pearl Harbor, frustrated federal officials handed civilian administration of the town over to the military authorities. 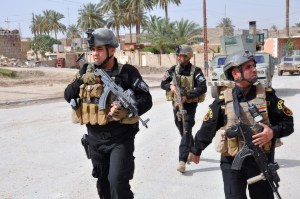 Back to Baghdad: Life in the City Of Doom, Roy Scranton, Rolling Stone.

A former U.S. soldier returns to Iraq’s capital, ten years after he left.

Ahmed drove me around some of the neighborhoods I’d once driven myself, behind the wheel of a Humvee. The streets were viscerally familiar yet wholly strange. American military hardware obtruded everywhere, not just Humvees but also MRAPs and even Abrams tanks. Many Iraqi soldiers wore American desert fatigues, some with American unit patches, especially the Screaming Eagle worn by the 101st Airborne. If I squinted, it was almost like I’d never left.

But while the Baghdad I remembered had been divided into American and Iraqi zones, this new city was divided by religion and money. In poor neighborhoods like Sadr City and New Baghdad, rawboned children ran through streets slippery with rancid garbage, while in affluent Karrada, paunchy men sat in smoky nightclubs drinking whiskey, watching glammy young women dance in hip-tight dresses and showing off by throwing wads of money into the air. Strongholds controlled by Shiite political parties and foreign embassies rose up over abandoned houses, while entire Sunni neighborhoods were shut in by blast walls. 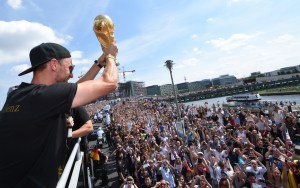 The Bearable Lightness of Being: How Germans Are Learning to Like Themselves, Der Spiegel.

A tour through Germany — and German identity — around the country’s recent World Cup win.

Domestically, Germans are pampered by Merkel’s governing coalition and see no reason to bicker with one another. Abroad, however, there is no overarching vision and even less consensus. The country used to play the role of model student and was America’s best friend in Europe. That is no longer the case, but what is next?

When German President Joachim Gauck earlier this year called for the country to play a greater role abroad, he was blasted by the Left Party for being a “loathsome warmonger.” Indeed, most Germans would prefer policies that both protect their prosperity from risk and their soldiers from danger. It is an effective strategy for preserving lightness, but it is also egoistic. 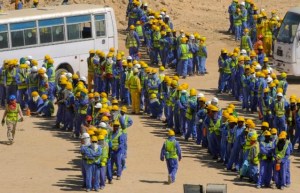 Watching the World Cup finals in the labor camps of Qatar.

Working in Qatar is dangerous business. The high temperature on the day of the World Cup final was a staggering 116 degrees Fahrenheit — and workers often toil for 12 or more hours a day, spending long periods in the glaring desert sun. Many survive on meager meals, while others say employers don’t provide them with proper drinking water. Labor camps can be overcrowded, some have broken air conditioning or irregular water and electricity supply, and some employers don’t even provide bedding or cooking equipment. According to official government data, the main cause of migrant worker deaths was “sudden cardiac arrest” — unusual among young and physically active men. Worker advocates have speculated that the combination of grueling working conditions and little rest have resulted in what Nepali migrants call the “sleeping death.”