Behind the Scenes in Putin's Court: The Private Habits of a Latter-Day Dictator, Ben Judah, Newsweek. 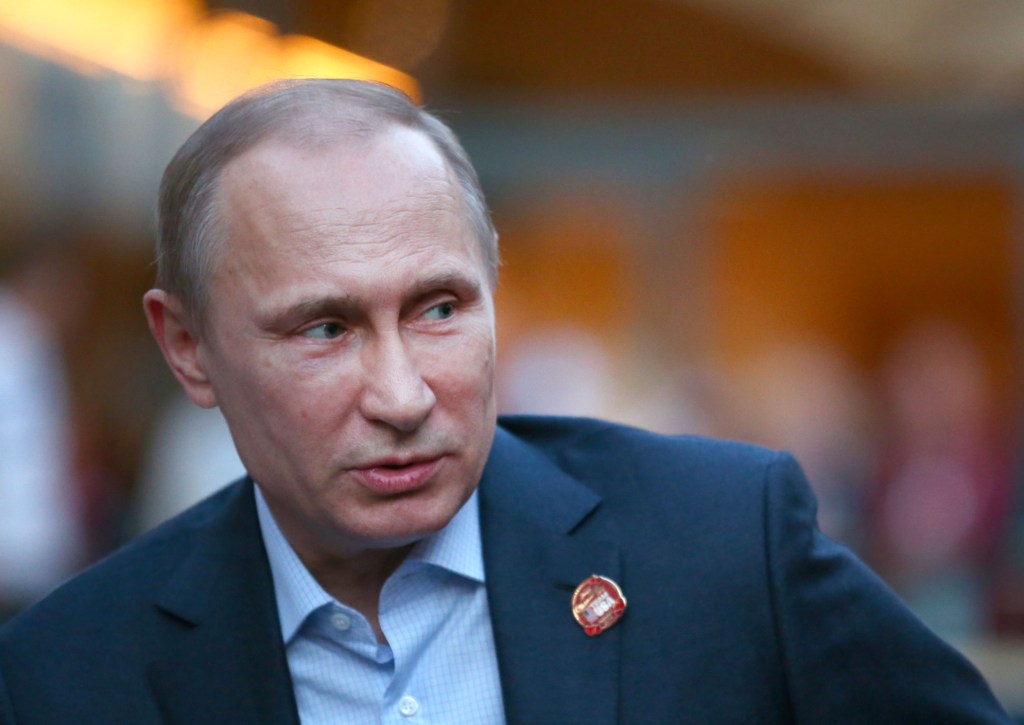 Behind the Scenes in Putin’s Court: The Private Habits of a Latter-Day Dictator, Ben Judah, Newsweek.

Vladimir Putin might have a tough exterior as Russia’s president, but in private he lives a solitary life.

He is obsessed with information. The thickest, fattest folders at his request are not intelligence reports: they are press clippings. His hands first open the Russian press digest. The most important papers come at the front: the obsequious national tabloids – such as Komsomolskaya Pravda and Moskovsky Komsomolets. These matter most, with their millions of readers. Their headlines, their gossip columns, their reactions to the latest Siberian train wreck affect the workers’ mood.” 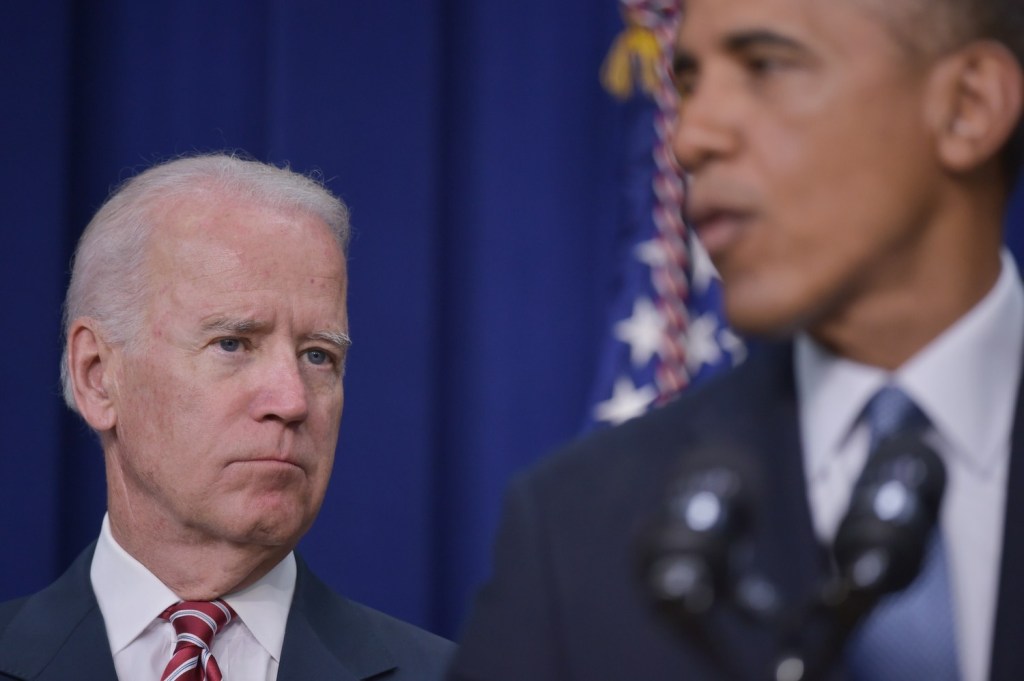 Joe Biden is reckoning with Ukraine and Iraq, and keeping an eye on 2016.

“Air Force Two touched down in Kiev, a city with gracious boulevards, chestnut trees, and so many domed churches that the Bolsheviks declared it unfit to be a Communist capital. The fighting in the city was finished, but the Maidan encampment, which had been the center of protests, still resembled a set for “Les Misérables”: tall, jagged barricades of metal, timber, and tires marked the battle lines. Sparks rose from open-air fires. In one of the few signs of recovery, the cobblestones that had been pried up to hurl at the police were stacked and ready for repaving.

At the parliament, a Stalin-era building with a colonnaded entrance, Biden was ushered in to see a group of politicians who were vying to lead the new government. After so many years, he has an arsenal of opening lines that he can deploy in Baghdad, Beijing, or Wilmington. One of his favorites: “If I had hair like yours, I’d be President.” He also adapts his routine to fit the circumstances. In Kiev, he approached Vitali Klitschko, a six-foot-seven former heavyweight boxing champion who was known as Dr. Ironfist before he entered politics. Biden peered up and clenched Klitschko’s right biceps. Moving down the table, he met Petro Poroshenko, a Presidential candidate and billionaire who had made his fortune in the candy business. Biden, who is considering a long-shot run for the Presidency in 2016, told the group, “I’ve twice been a Presidential candidate and I hope you do better than I did.” (The next month, Poroshenko won the Presidency.)” 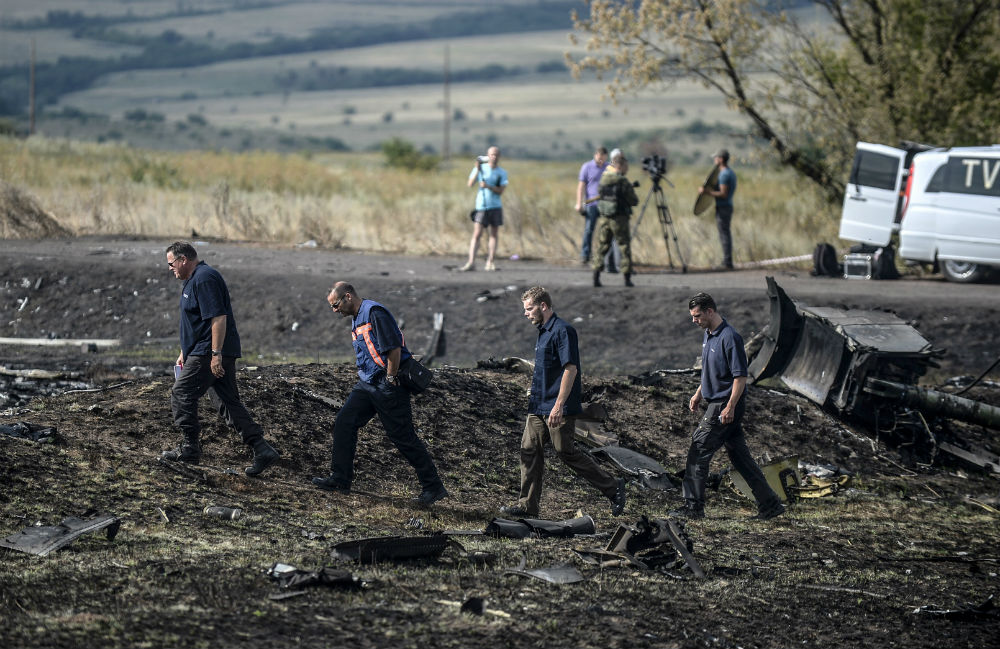 The downing of MH17 brought the world back into the conflict in Ukraine’s east.

“Pieces of Malaysia Airlines Flight 17, a number now retired from the carrier’s daily timetable, remain scattered by roadsides and in open fields. The flight began in the Netherlands and was to end in Malaysia, countries at peace. It ended over Ukraine, a nation torn in two. The jet was shot out of the sky, according to U.S. intelligence officials, most likely by Russian-backed separatist rebels in eastern Ukraine. Video of the rebels’ missiles and the passengers’ belongings and the people themselves, some mangled, some eerily whole, zipped across the globe.

One plane, 298 people, tumbled from the sky, wreckage from an explosion that no one has claimed as their own, onto a land that two nations claim as their right. A pilot on his way home to celebrate his oldest son’s birthday, and one of the world’s most accomplished AIDS researchers, and a family bound for the white sandy beaches of Bali — they were all now the macabre subject of negotiations between foreign governments and local rebels, chips in a brutal battle for rights and recognition. From Washington and Moscow to Kiev and Kuala Lumpur, a week of wrangling over corpses and charred metal became tangled in a global debate over Russia’s eagerness to expand its sphere of influence. ” 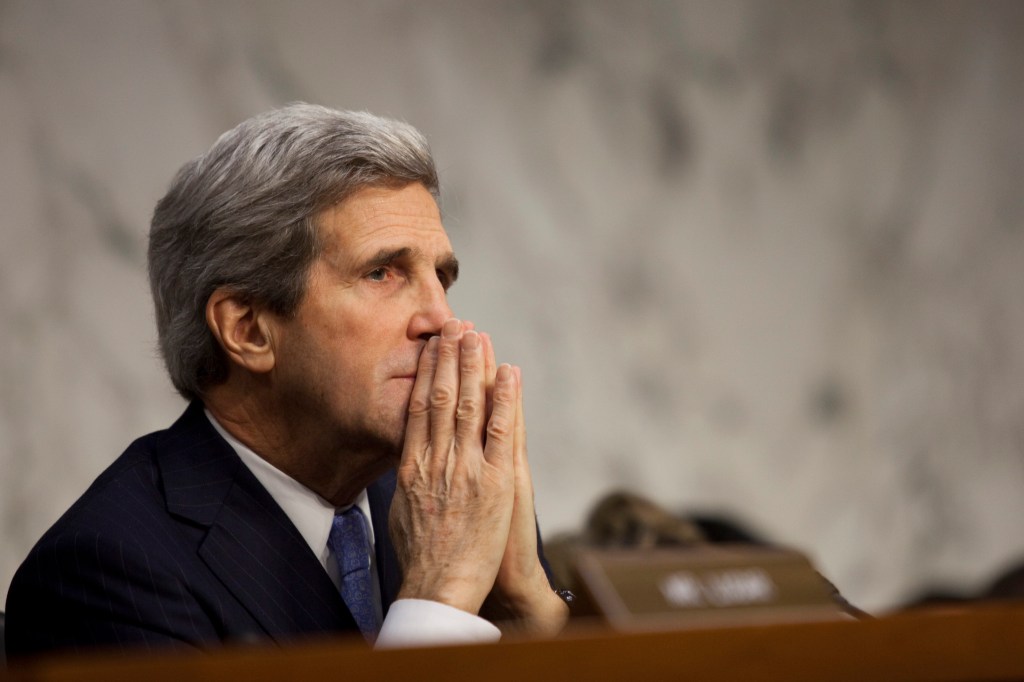 The Explosive, Inside Story of How John Kerry Built an Israel-Palestine Peace Plan and Watched it Crumble, Ben Birnhaum and Amir Tibon, the New Republic.

A look at what would and could have been for Israel and Palestine.

“Fortunately for Obama, “going for it” would require little time and political capital. In Kerry, he had someone eager to expend his own. Kerry recognized the foibles of Abbas and Netanyahu, but also their merits. In the former, Kerry saw a leader well ahead of his public on the subject of peace with Israel-and who, at age 77, might not be around much longer. And in the latter, he saw an uncontested prime minister, who, if only persuaded to make the tough compromises most of his countrymen were prepared to accept, could shepherd a deal through the landmines of Israeli politics. Above all, in the weeks since assuming office, Kerry had become convinced that the parties didn’t have much longer to craft a two-state solution. As he would say at a House hearing the following month: “I think we have some period of time-in one to one-and-a-half to two years-or it’s over.”

Back at Peres’s office, the Israeli president saluted Obama and Kerry for taking on the decades-old conflict. He had known almost every president and secretary of state since John F. Kennedy. And he had seen most of them parachute into the world of Middle East peacemaking, only to walk away frustrated and empty-handed. But he shared Kerry’s sense of urgency-and, strangely, his optimism. He told Obama that Abbas remained “the best peace partner Israel could hope for” and that Israel’s recent elections-which had forced the right-wing Netanyahu into a more centrist coalition-presented an opportunity that shouldn’t be missed.” 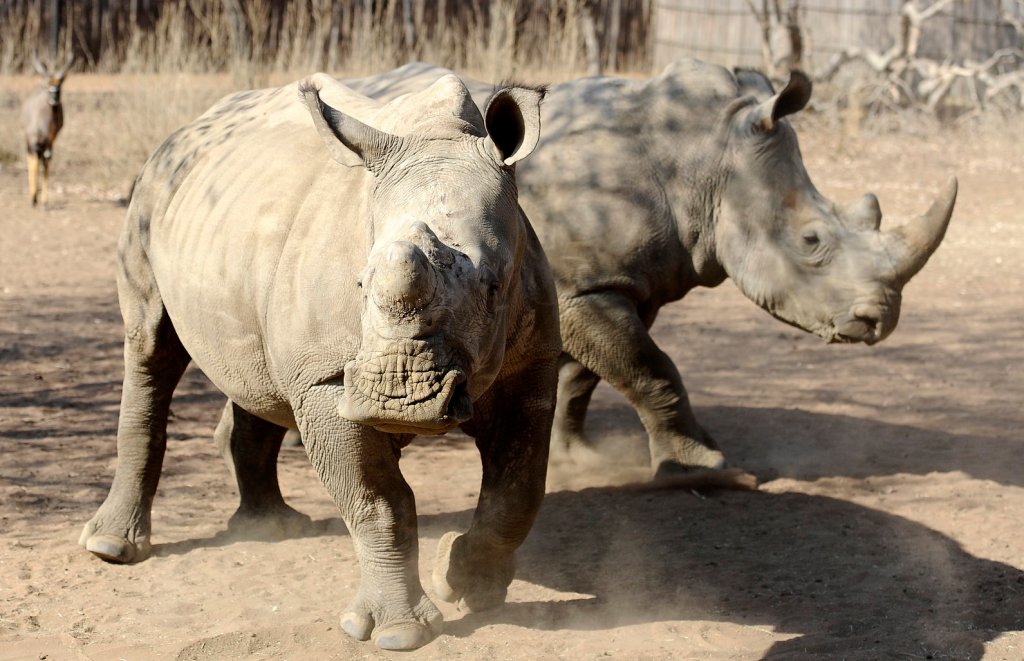 Heavily armed conservationists are fighting to save the world’s remaining rhinos. A dispatch from the front lines of South Africa’s poaching wars.

“For millions of years, herds of rhinos roamed across Africa. The San, the original inhabitants of South Africa, created elegant rock paintings and engravings depicting rhinos as far back as 25,000 years ago. But over the past century, rhino numbers have risen and fallen as wars, insurgencies, hunting, and poaching have all taken their toll. Black rhinos, which once inhabited large swaths of north and central Africa, are critically endangered, and one subspecies, the western black rhinoceros,went extinct in 2011.

In the late 1950s, poaching and hunting had reduced South Africa’s rhino population to just 437 animals — all of which had been herded into one 72,000-acre site that was much too small to sustain an entire population. The number of white rhinos dipped into the low hundreds; these plodding, docile creatures roam in open spaces, which make them easy targets. But conservationist Ian Player set out to change that in the Umfolozi game reserve (now the Hluhluwe-iMfolozi) in South Africa’s KwaZulu-Natal province. His scheme was fairly straightforward: He shipped some rhinos abroad, including to the United States, and sent others to South Africa’s own game farms, where they could mate all year in safe conditions. Against the odds, it worked. By the late 1960s, rhino numbers in South Africa had quadrupled to 1,800.”