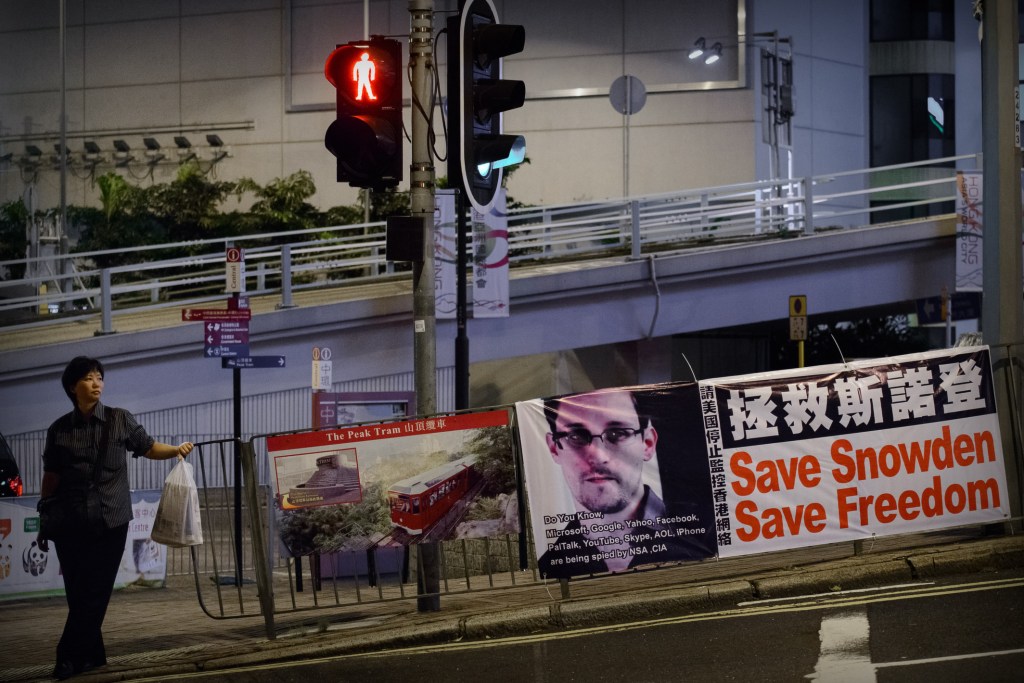 The Most Wanted Man in the World, Wired.

Edward Snowden sits down and speaks with Wired about how he became a household name.

“But in all my work, I’ve never run across anyone quite like Snowden. He is a uniquely postmodern breed of whistle-blower. Physically, very few people have seen him since he disappeared into Moscow’s airport complex last June. But he has nevertheless maintained a presence on the world stage—not only as a man without a country but as a man without a body. When being interviewed at the South by Southwest conference or receiving humanitarian awards, his disembodied image smiles down from jumbotron screens. For an interview at the TED conference in March, he went a step further—a small screen bearing a live image of his face was placed on two leg-like poles attached vertically to remotely controlled wheels, giving him the ability to “walk” around the event, talk to people, and even pose for selfies with them. The spectacle suggests a sort of Big Brother in reverse: Orwell’s Winston Smith, the low-ranking party functionary, suddenly dominating telescreens throughout Oceania with messages promoting encryption and denouncing encroachments on privacy.

Of course, Snowden is still very cautious about arranging face-to-face meetings, and I am reminded why when, preparing for our interview, I read a recent Washington Post report. The story, by Greg Miller, recounts daily meetings with senior officials from the FBI, CIA, and State Department, all desperately trying to come up with ways to capture Snowden. One official told Miller: “We were hoping he was going to be stupid enough to get on some kind of airplane, and then have an ally say: ‘You’re in our airspace. Land.’ ” He wasn’t. And since he disappeared into Russia, the US seems to have lost all trace of him.” 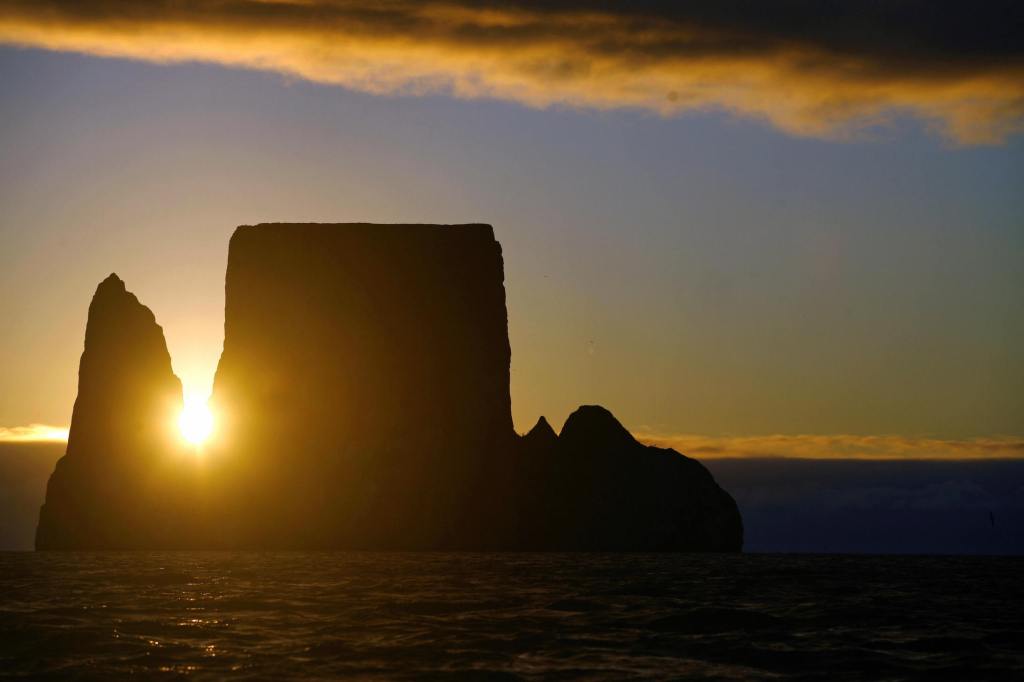 Settled in 1790 by mutineers, Pitcairn Island is one of the British Empire’s most isolated remnants, largely ignored until 1996. Then Pitcairn’s secret was exposed: generations of rape and child molestation as a way of life. Delving into the South Pacific island’s past, the authors chronicle its 10-year clash with the British legal system, which ripped apart a tiny society.

“Before he was convicted of five rapes and sentenced to three years, Steve Christian had been the mayor of Adamstown, the only settlement on Pitcairn, and generally the big man on the island. A seventh-generation grandson of Fletcher’s, Steve is the dentist (mostly extractions), drives the bulldozer, and, at 56, is still as good as anyone with a longboat, a job more important than any political post. He had been a leader—some said a boss—all his life, even as a kid. The special Pitcairn prosecutor, Simon Moore of Auckland, called him “the leader of the pack” of Pitcairn youngsters whose romps through places like Taro Ground and Bang Iron Valley in the 1960s often ended in sexual initiations. Some of the charges against him were made by women who had been children on Pitcairn and were now middle-aged and long gone.

Steve Christian is not a penitent man. Convicted, he refused to resign as mayor. The British governor fired him. His rights had been “trampled upon,” the charges against him “freshly fictionalized history,” he told us. “It was all consensual sex,” he said, an argument he seems determined to carry to his grave. Later, from his cell, he decided to take his case all the way to the European Court of Human Rights, in Strasbourg.” 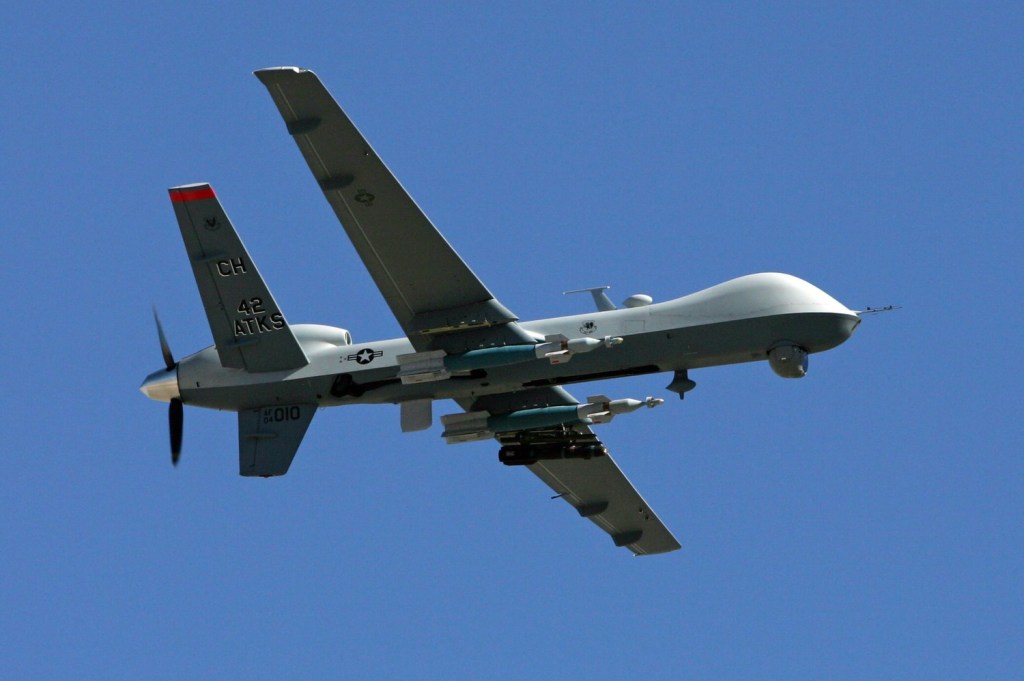 Nothing Says “Sorry Our Drones Hit Your Wedding Party” Like $800,000 And Some Guns, Gregory D. Johnsen, the Buzzfeed.

On December 12, 2013, a drone struck and killed 12 members of a wedding party in Yemen. If the U.S., which claims the strike was clean and justified, didn’t pony up the $800,000 in cash and guns as reparations, then who did?

“For much of the past century, the United States has gone to war with lawyers, men and women who follow the fighting, adjudicating claims of civilian casualties and dispensing cash for errors. They write reports and interview survivors. But what happens when there are no boots on the ground? When the lawyers are thousands of miles away and dependent on aerial footage that is as ambiguous as it is inconclusive? How do you determine innocence or guilt from a pre-strike video? When everyone has beards and guns, like they do in rural Yemen, can you tell the good guys from the bad? Is it even possible? And when the U.S. gets it wrong, when it kills the wrong man: What happens then? Who is accountable when a drone does the killing?

On Dec. 12, 2013, a U.S. drone carried out a strike in Yemen. Little of what happened that day is known with any degree of certainty. Most of the facts are adrift somewhere in the shadowy sea of a classified world. Identities shift and change depending on the vantage point, and what appears true thousands of feet up in the air often looks different on the ground. Following two reviews, the U.S. claims it was a clean strike and that all the dead were militants. Yemen disagrees, calling the attack a tragic mistake that killed civilians. Two countries, two conclusions. But one of them paid the families of the dead men a lot of money.” 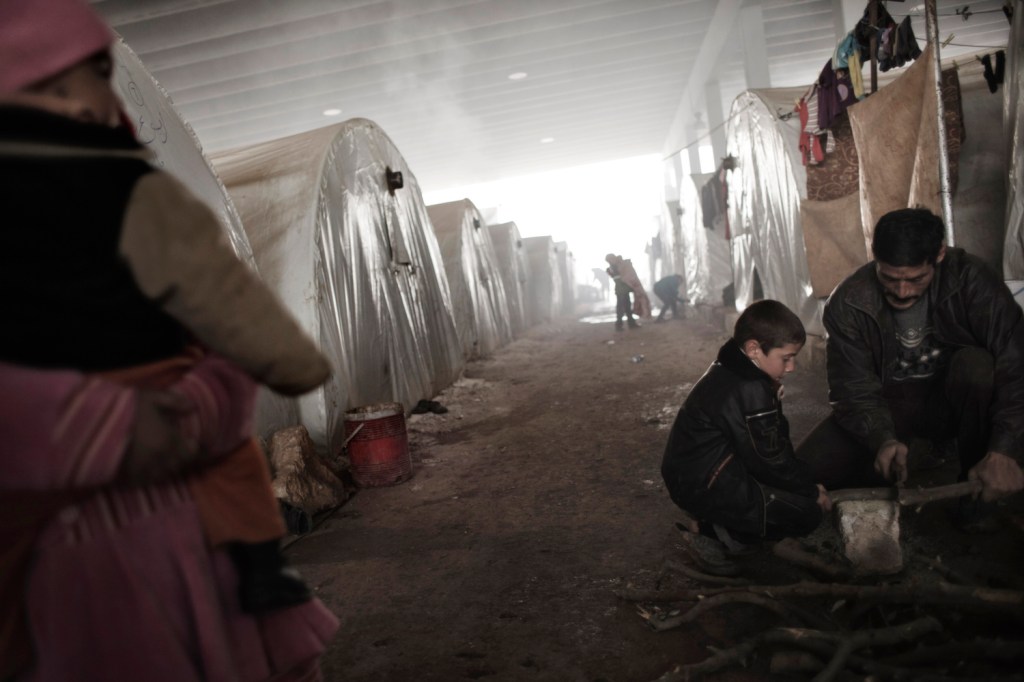 Escape From Syria: On the Road With the Refugees Walking to Europe, Alev Scott, Newsweek.

The civil war in Syria has not only sparked a mass exodus from the country, but has spurned a human trafficking network, taking Syrians to Europe.

“Ten thousand euros is a lot of money, but it gets results, and Jamil’s brother is lucky – only 50 Syrians have been officially accepted as refugees by the UK under the Syrian vulnerable persons relocation scheme, established in January. Most Syrians cannot afford the cost of getting as far as the UK, which may be part of the reason for the relatively low number of Syrian refugee applications (460 in the first quarter of 2014, compared to Germany’s 5,385, for example.) Most Syrians heading for Europe have to make complex and dangerous journeys, mainly overland, starting with the crossing from Turkey to Greece, the traditional gateway to Europe. The usual port of departure from Turkey is Izmir, on the Aegean coast, south of Istanbul, from where they cross to one of the Greek islands – Mytilene, Samos and Chios are the nearest, most popular destinations. Some used to cross via the river Evros on the Turkish-Greek land border, but this route has become impassable since November 2013, when the Turks built a barbed-wire wall. Now the Bulgarian border is becoming a popular alternative.

Sea crossings are dangerous and – like everything in the murky world of smuggling – open to both negotiation and exploitation. Migrants pay different amounts depending on the type of boat, and the Turkish smugglers, ever businessmen, have raised their prices for the summer season, when passage is easier and demand higher. A place on one of the smallest boats, little more than dinghies with motors and most liable to capsize, used to cost around €600 in winter. “Now it is high season, so boat places are €800-€1,000,” says Walid, who sometimes acts as a middleman for Syrians paying the smugglers. “In summer the smugglers can charge more, just like for tourists.”” 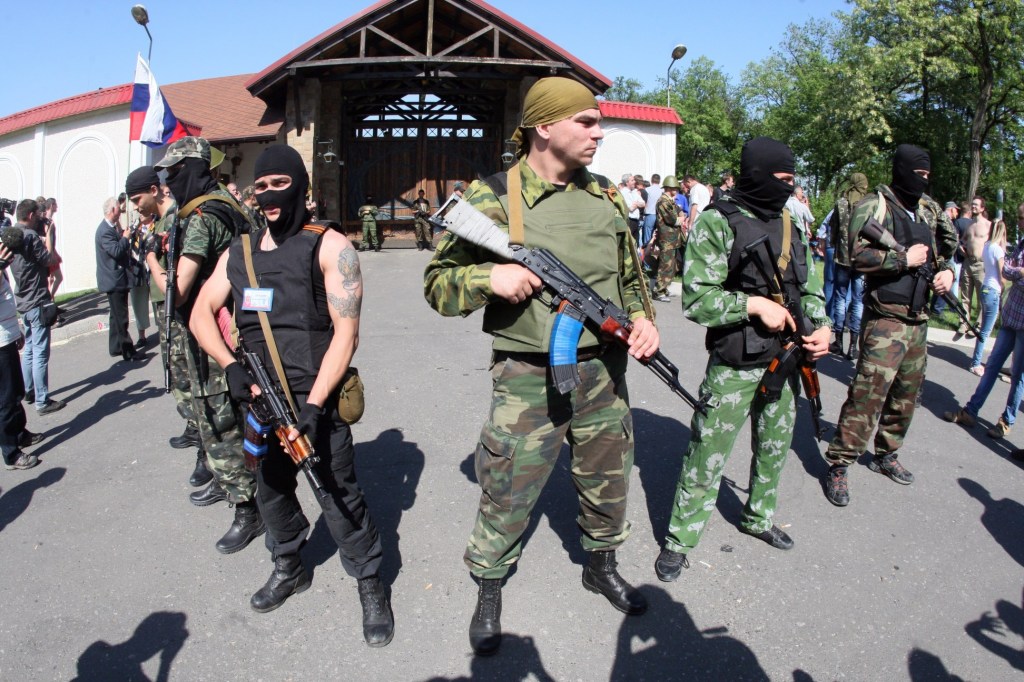 The revolutionaries of the Maidan wanted to end crony capitalism. But it’s back with a vengeance.

“Life has also become more complicated for Rinat Akhmetov, one of Yanukovych’s sometime allies. The collapse of the Yanukovych regime and the outbreak of the rebellion by pro-Russian separatists have hit Akhmetov, Ukraine’s richest man, particularly hard. Much of his wealth is tied up in factories in the industrial city of Donetsk, now the heartland of the separatist rebellion and the focus of Kiev’s military campaign to restore control over the east. Work at some of his plants has ground to a halt because of the fighting.

Now, caught between the rebels and the government in Kiev, Akhmetov finds himself desperately maneuvering to find a balance between the two sides. Even as he’s bent over backward to express his support for the government in Kiev (once even accusing the separatists of “genocide” in his native Donbass region), he’s also been urging President Petro Poroshenko to stop bombarding Donetsk as the Ukrainian military campaign fights to take the city back. Just to be on the safe side, Akhmetov has seen fit to relocate to Kiev since the pro-Russian militants took over his hometown. (He is notably reluctant to travel to Europe, however, apparently fearing a fate similar to the one that has met Firtash.)”