The Soldiers of Sinjar

Forced from their homes, a ragtag group of Kurdish mountain men are headed home to fight the Islamic State to the death. 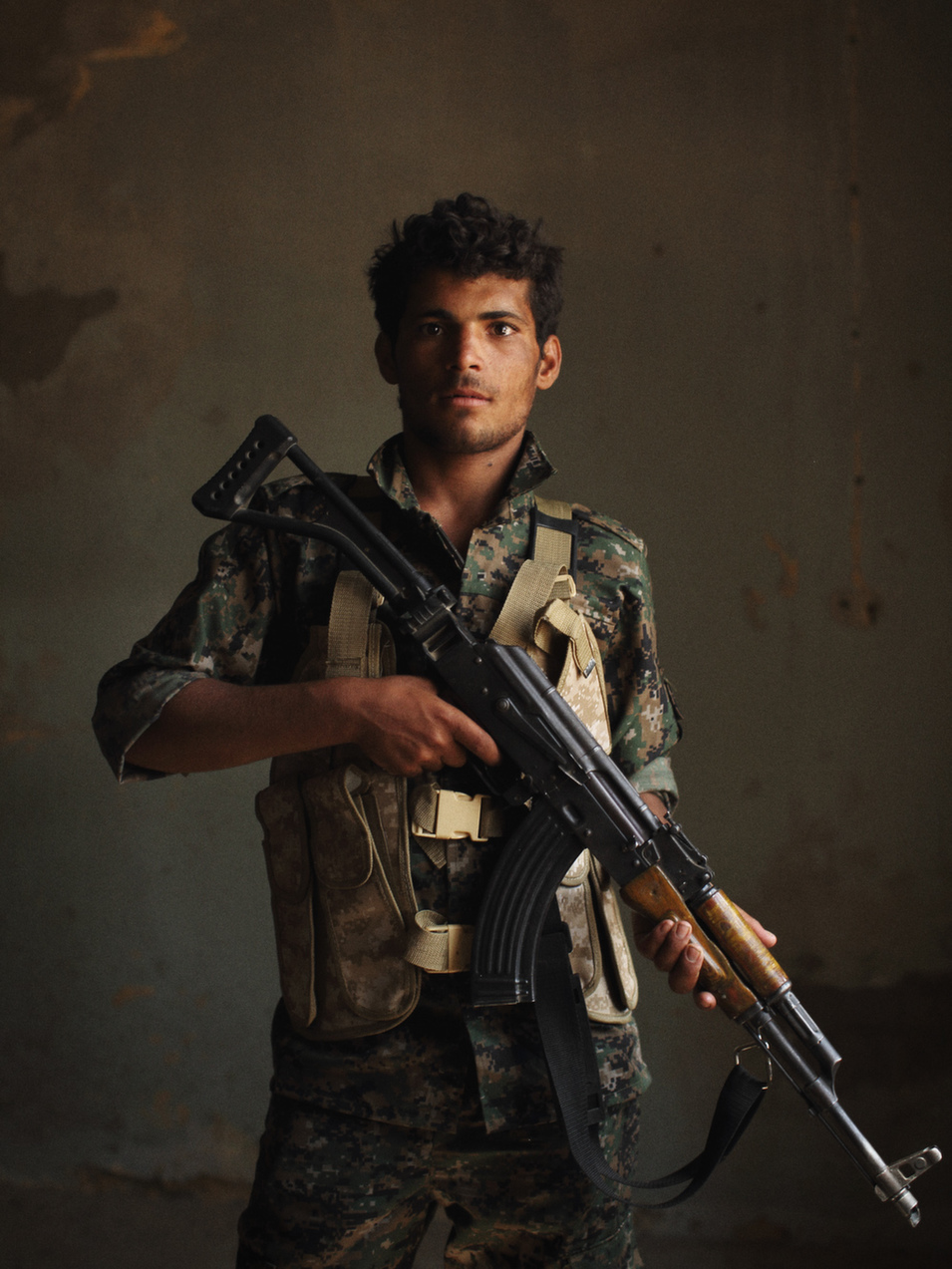 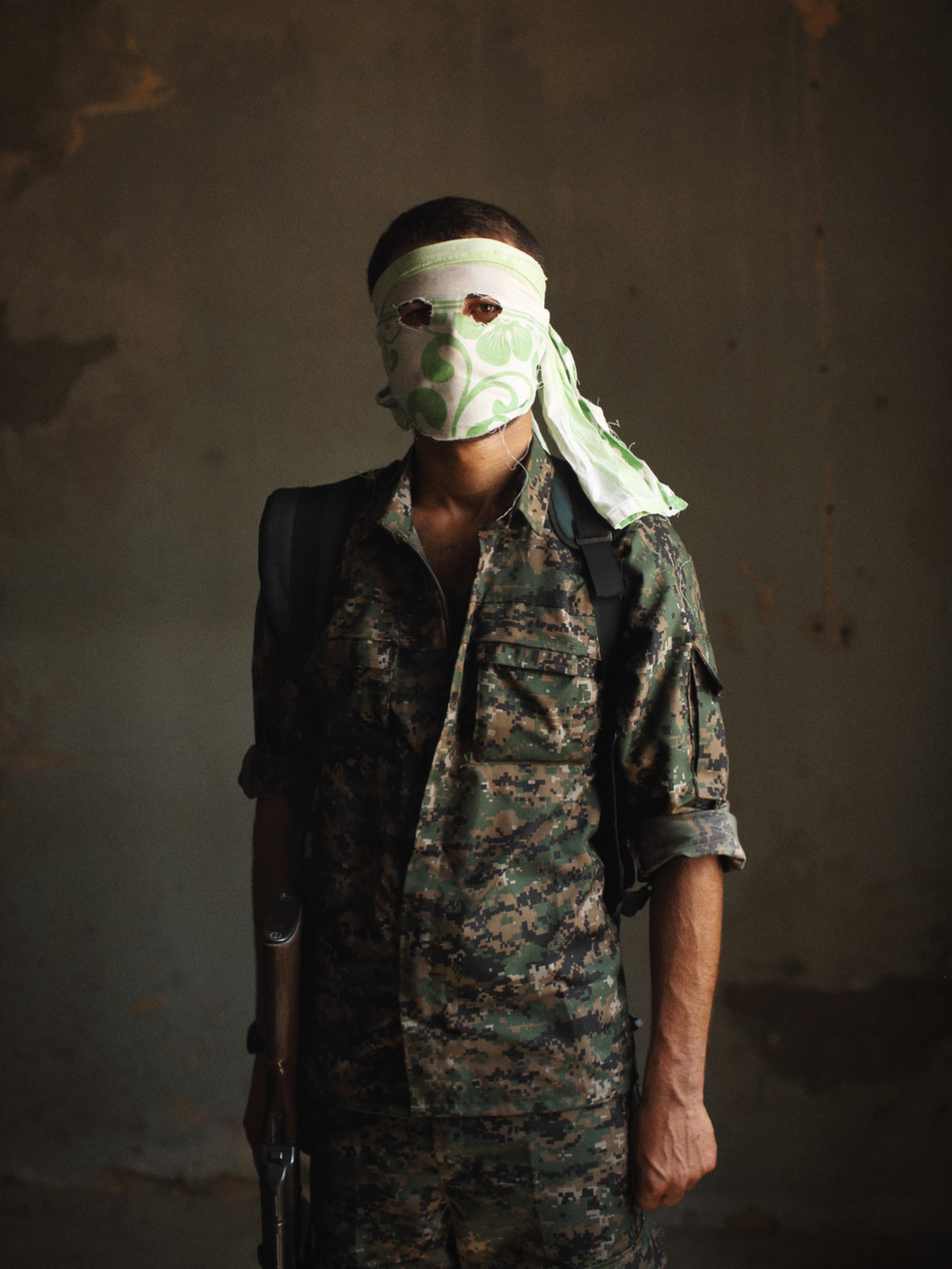 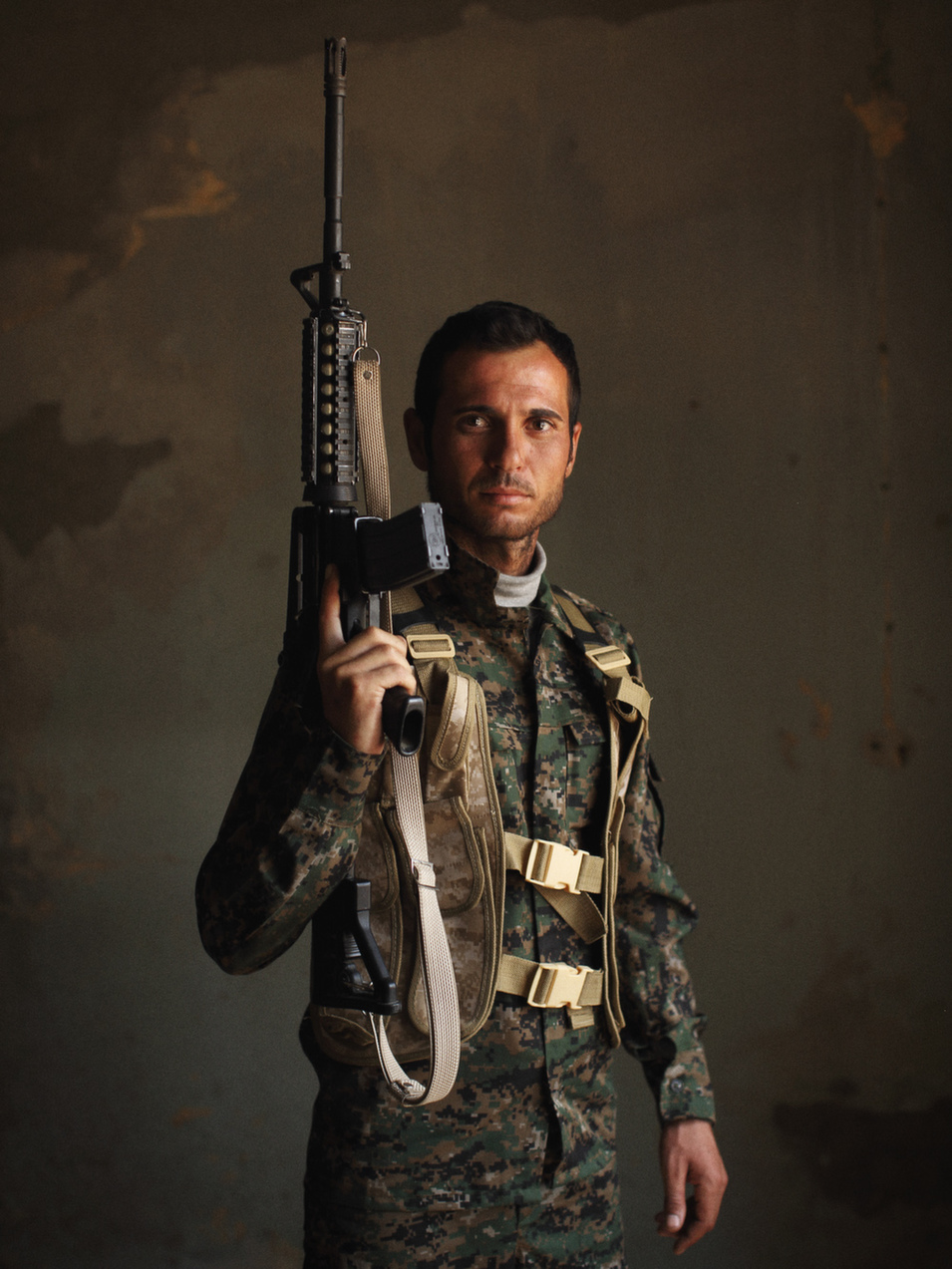 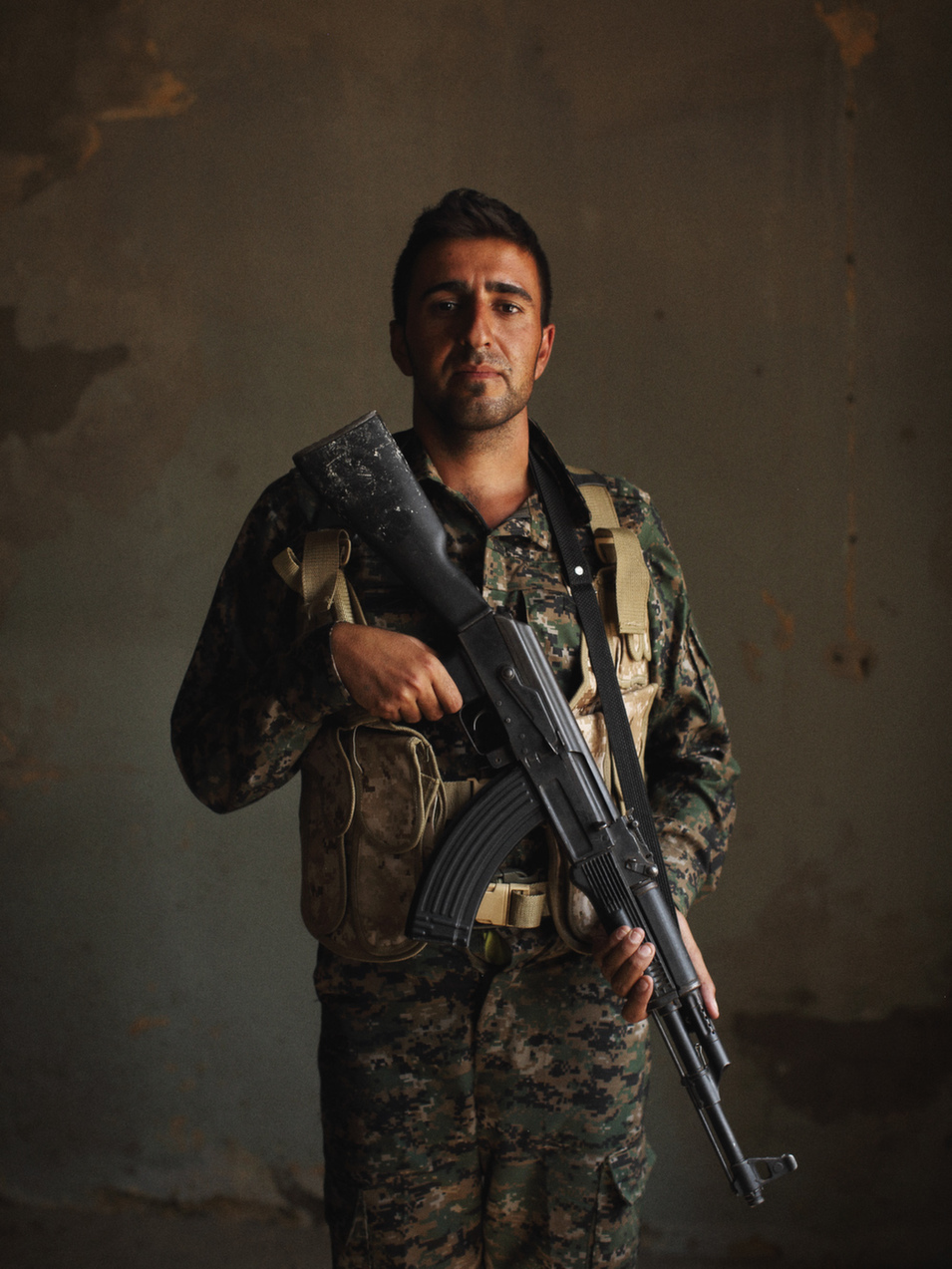 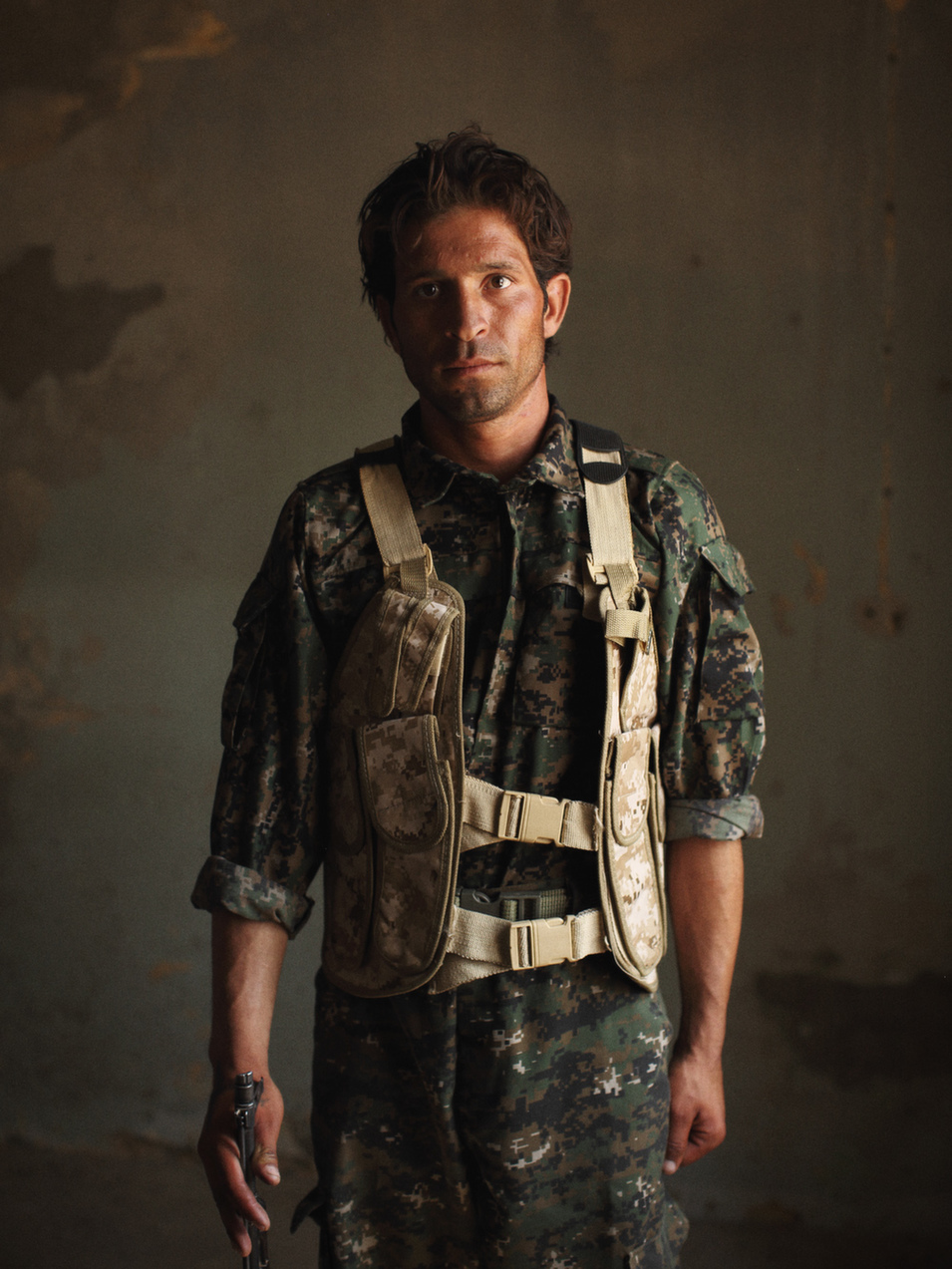 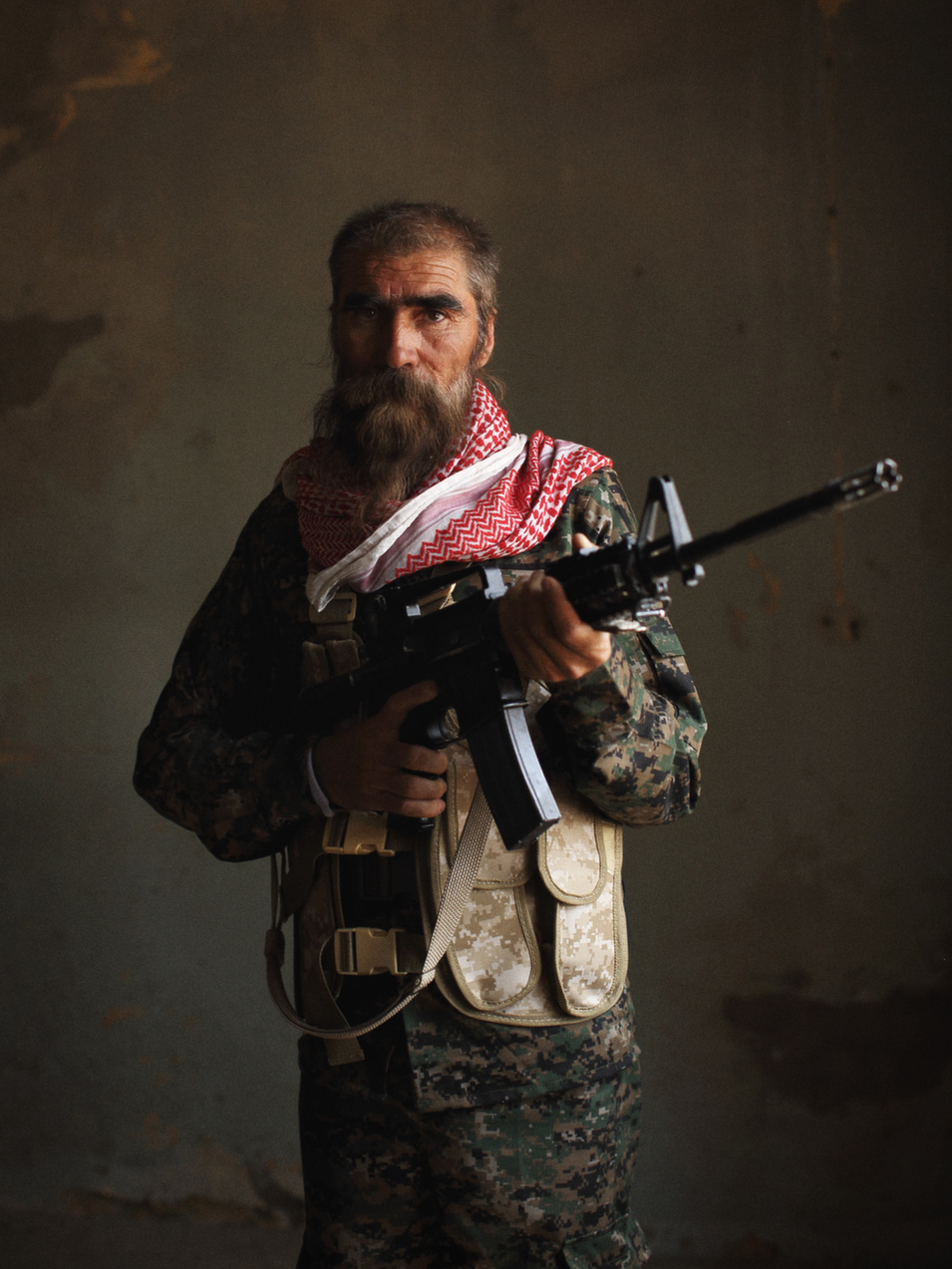 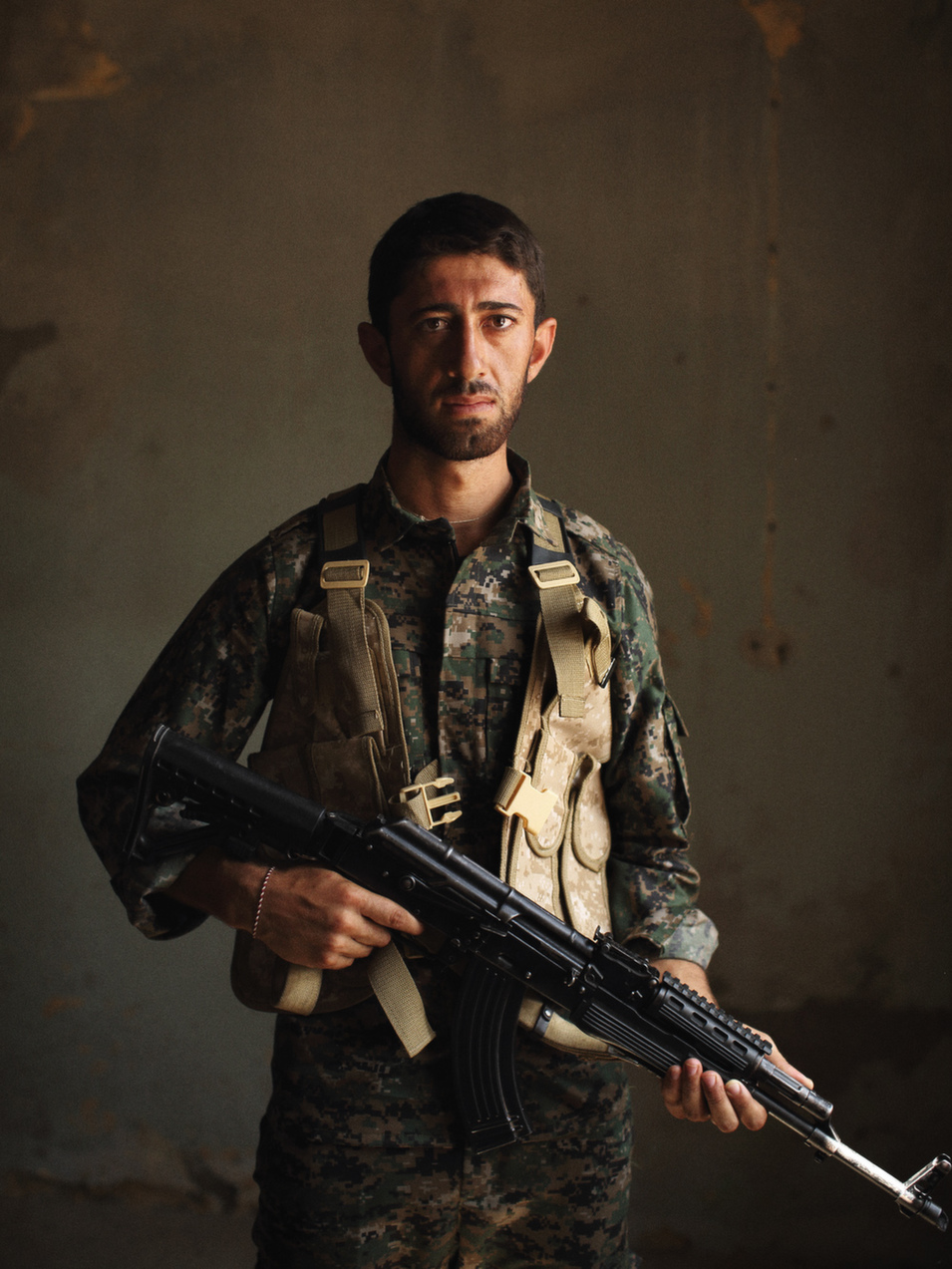 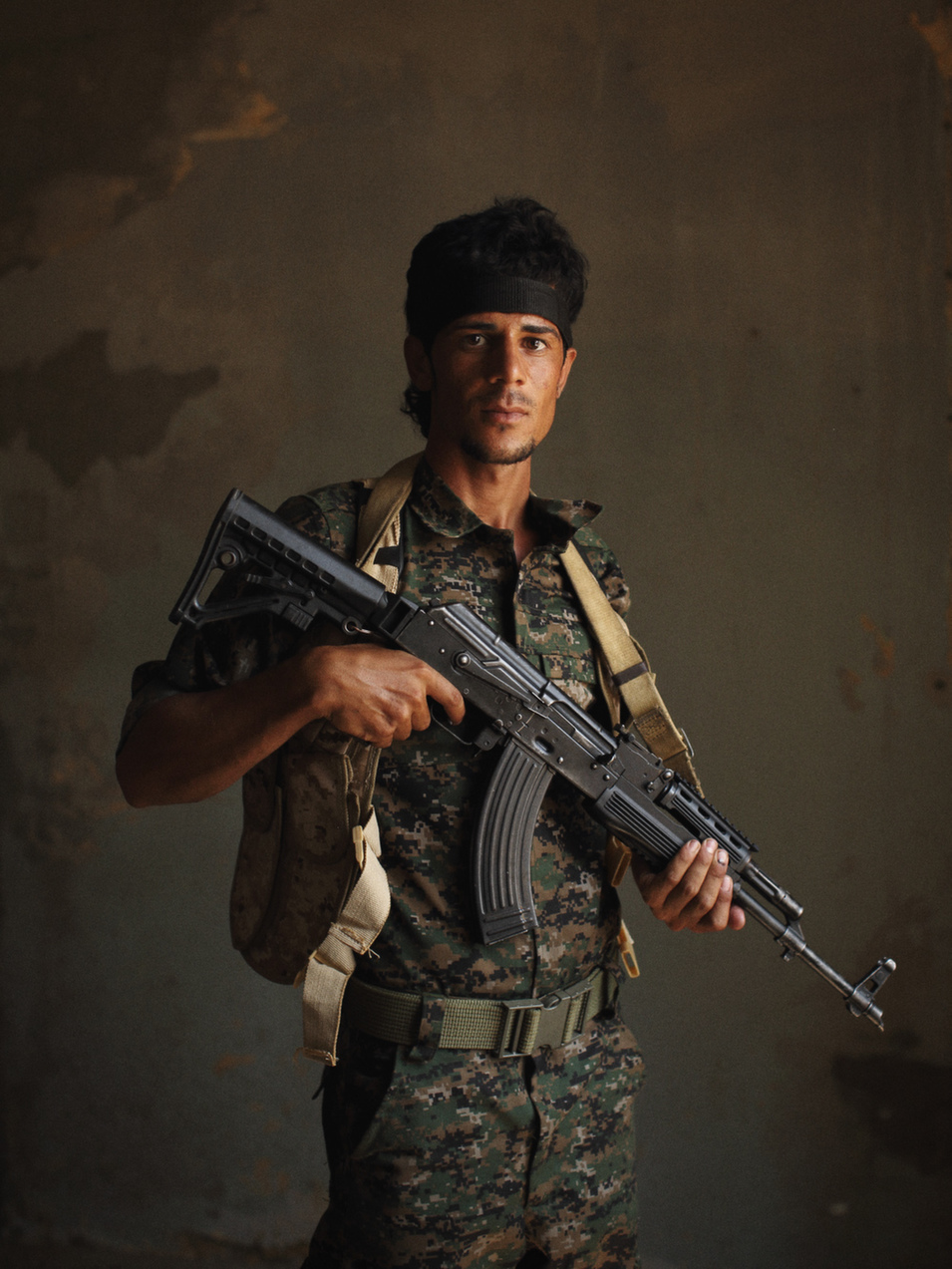 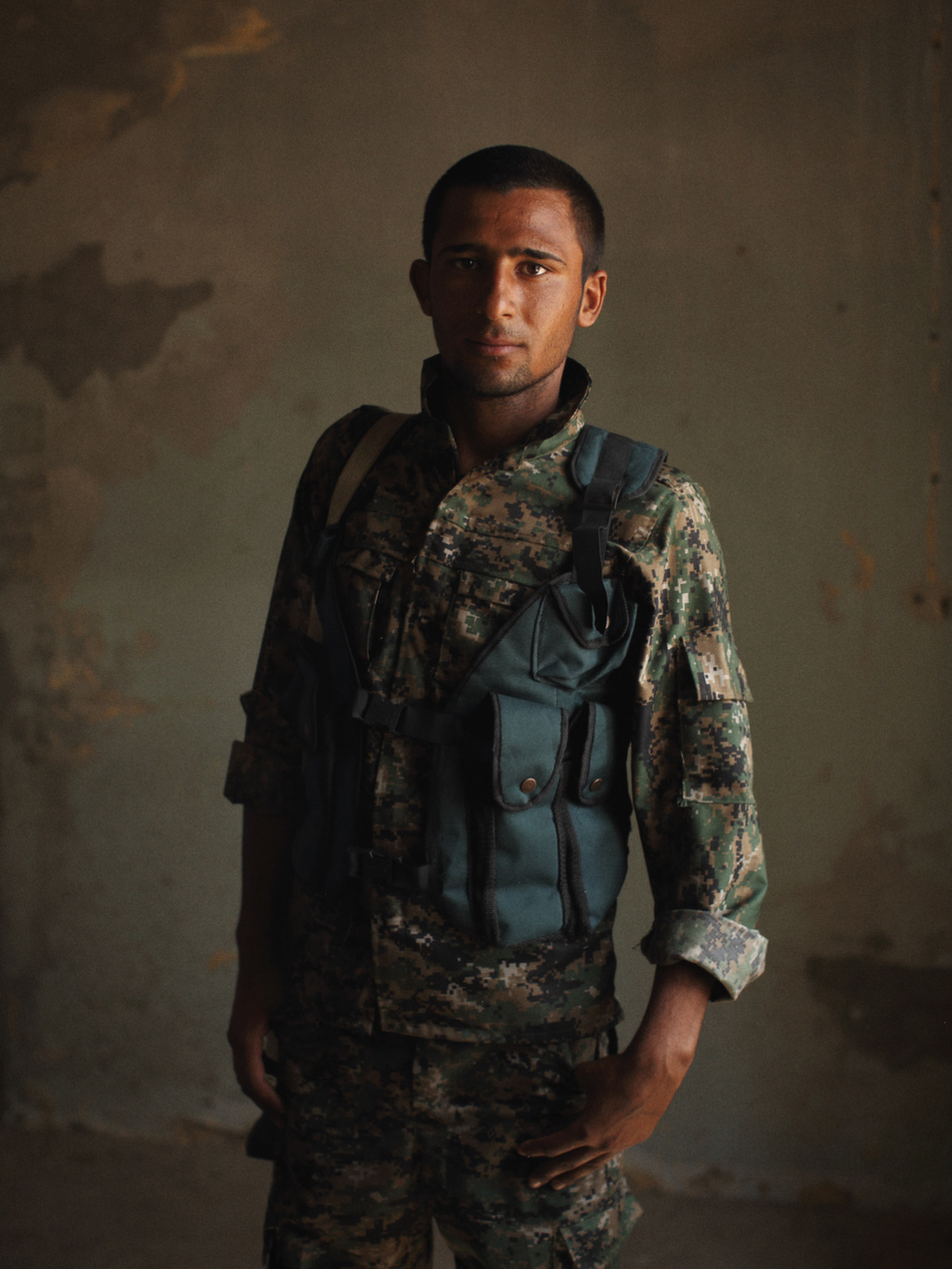 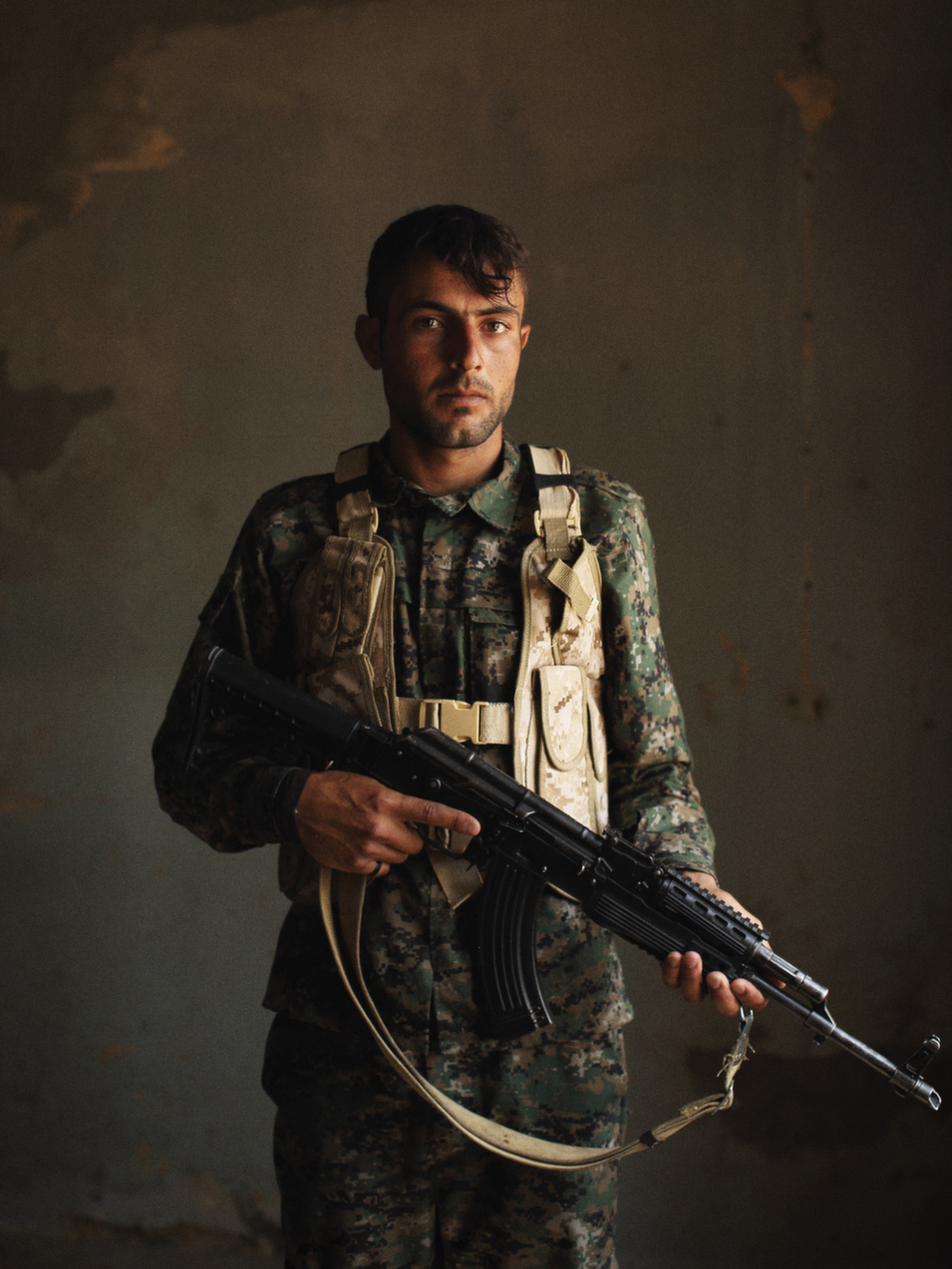 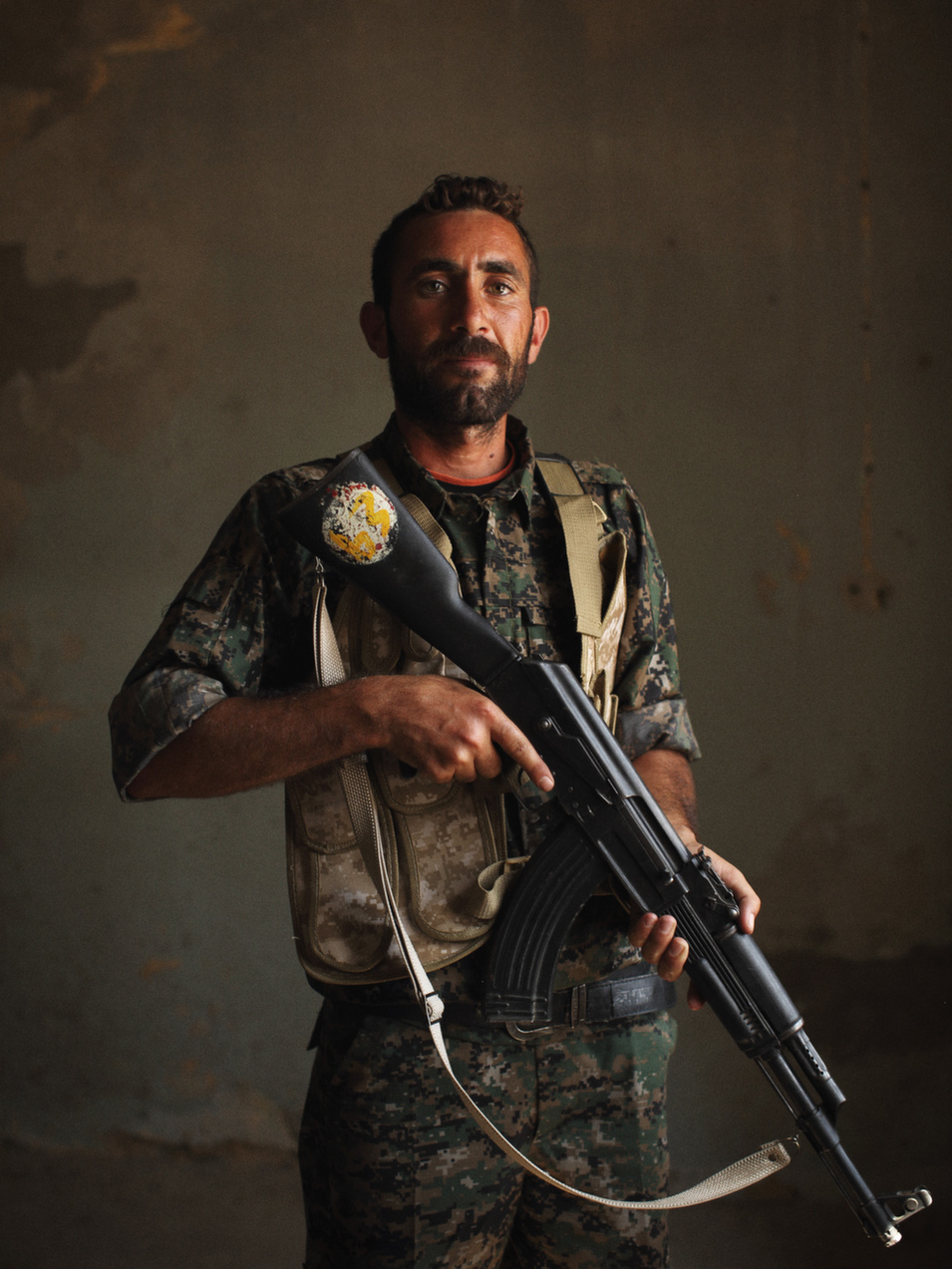 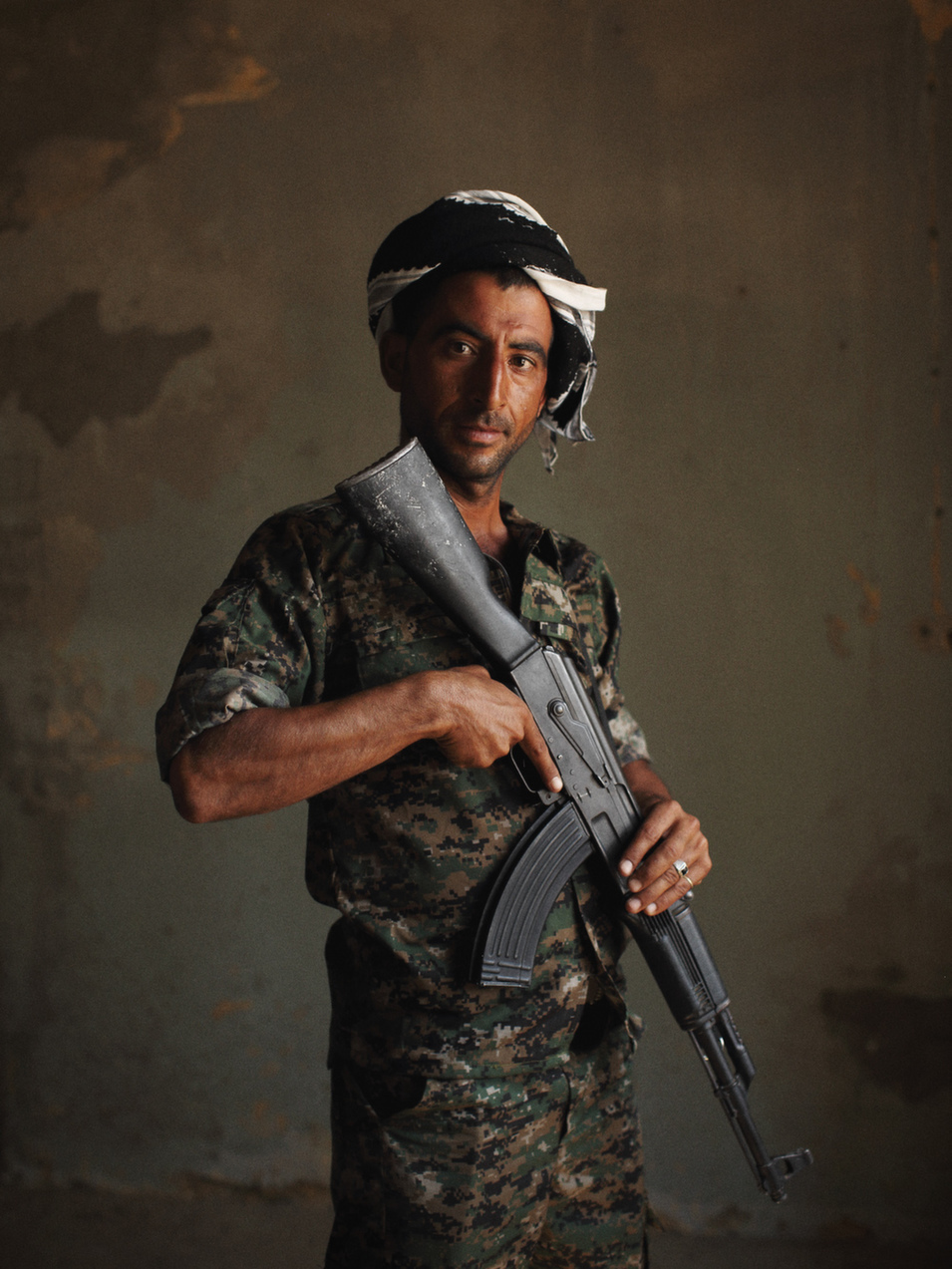 Kawa Sinjari is a commander at a two-week-old militia training camp on the Syria-Iraq border. Here, he says, he is training men who "will suicide for" their cause.

Sinjari's men are from various villages in Sinjar—the district in northwestern Iraq from which thousands of (mostly) Yazidi families fled when Islamic State (IS) militants advanced west from Mosul, the center of their continued assault on Iraq since the June 5 invasion. On Aug. 17, photojournalist Andrew Quilty spent the day with Sinjari's unit in a run-down facility close to Peshkhabour on the Syrian side of the border with Iraq, in the northern Kurdish region. They are training, Sinjari says, to take back their homeland.

The men at the training camp wear matching uniforms and carry various incarnations of Kalashnikov rifles. Sinjari himself, however, is never without his U.S. military standard-issue M4 carbine, which he says was first given to then-Prime Minister Nouri al-Maliki's army by the United States before being captured by the Islamic State in the group's mid-June advance, until he himself wrested it away from an IS fighter, he says with a wry smile.

But these men come together not under a Yazidi flag but under one of geographical unity—for the protection of Sinjar. While the ragtag unit in training is made up of Yazidis, Muslims, and Christians, they consider themselves all to be Kurdish. Sinjari, 35, (who would not allow Quilty to photograph him) says they're not motivated by religious ideology, nor do they want to fight for territory outside the Sinjar region. "We tolerate all people. All people, all nations are the same [to us]," he says.

The men in Sinjari's unit are mostly in their early 20s or younger. Before the IS advance on Aug. 4, most were with the Iraqi army. Some were Peshmerga (Kurdish Iraqi military), and some were common workers. There are few among them who didn't have relatives killed or abducted by IS in the days that followed.

At the training camp they receive basic weapons provided by the YPG (the Kurdish acronym for the People's Protection Units), which maintains control of much of the northern Kurdish region of Syria and has recently become active in preventing the Syrian civil war from spreading to the region. The Kurdistan Workers' Party (PKK)—which is categorized by the United States as a terrorist organization—and the Kurdistan Regional Government are also contributing to the modest war chest, says Sinjari.

While he bemoans the lack of support they're receiving from the likes of the United States and NATO, Sinjari claims defiantly that it is not technical training and sophisticated weapons that his men need. "We have the soul and spirit of Apo," he says, referring to the imprisoned leader of the PKK, Abdullah Ocalan.

"Our souls are better protecting these people than weapons and tanks."