China, the Climate, and the Fate of the Planet, by Jeff Goodell, Rolling Stone 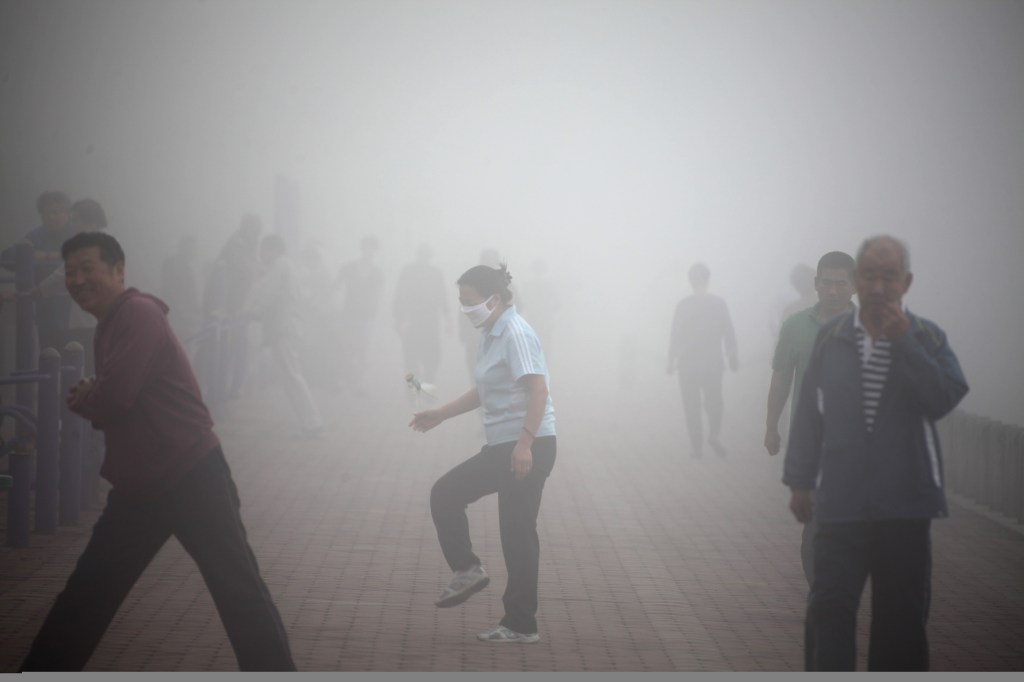 China, the Climate, and the Fate of the Planet, by Jeff Goodell, Rolling Stone

If the world’s biggest polluter doesn’t radically reduce the amount of coal it burns, nothing anyone does to stabilize the climate will matter. Inside the slow, frustrating — and maybe even hopeful — struggle to find a new way forward.

The blunt truth is that what China decides to do in the next decade will likely determine whether or not mankind can halt – or at least ameliorate – global warming. The view among a number of prominent climate scientists is that if China’s emissions peak around 2025, we may – just barely – have a shot at stabilizing the climate before all hell breaks loose. But the Chinese have resisted international pressure to curb their emissions. For years, they have used the argument that they are poor, the West is rich, and that the high levels of carbon in the atmosphere were caused by America’s and Europe’s 200-year-long fossil­fuel binge. Climate change is your problem, they argued – you deal with it. But that logic doesn’t hold anymore. 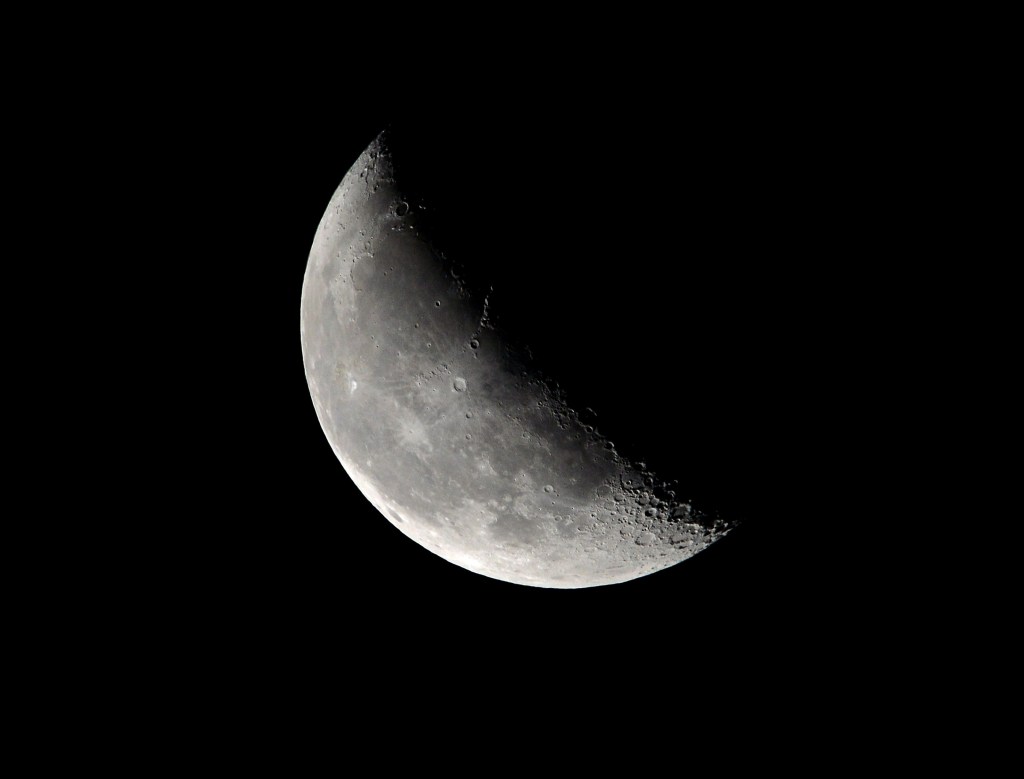 The Plan to Nuke the Moon and Other Cold War Plots Revealed in Secret Documents, by Kurt Eichenwald, Newsweek

The United States and the Soviet Union both wanted to get to the moon first because they thought it would give them military superiority in their long, bitter and costly Cold War.

This is not the stirring tale of macho crew cuts and heroic deeds from The Right Stuff that is now a fat chapter in every U.S. high school history book. This is a tale replete with fumbling, bumbling, bickering and at least one insane-sounding notion. To nuke the moon.

The polished-smooth history of America’s successful effort to land a man on the moon starts with President John F. Kennedy announcing in 1961 his goal to send a manned mission there by the end of the decade, and culminates eight years later with Neil Armstrong stepping out of a lunar landing module and declaring that he was taking a small step for a man but a giant step for mankind. Instead, the just-released documents from the 1950s and ’60s, many of which were obtained by the National Security Archive at George Washington University, portrays the much messier—and sometimes quite frightening—story playing out behind the scenes in what is arguably the most important international competition in human history. 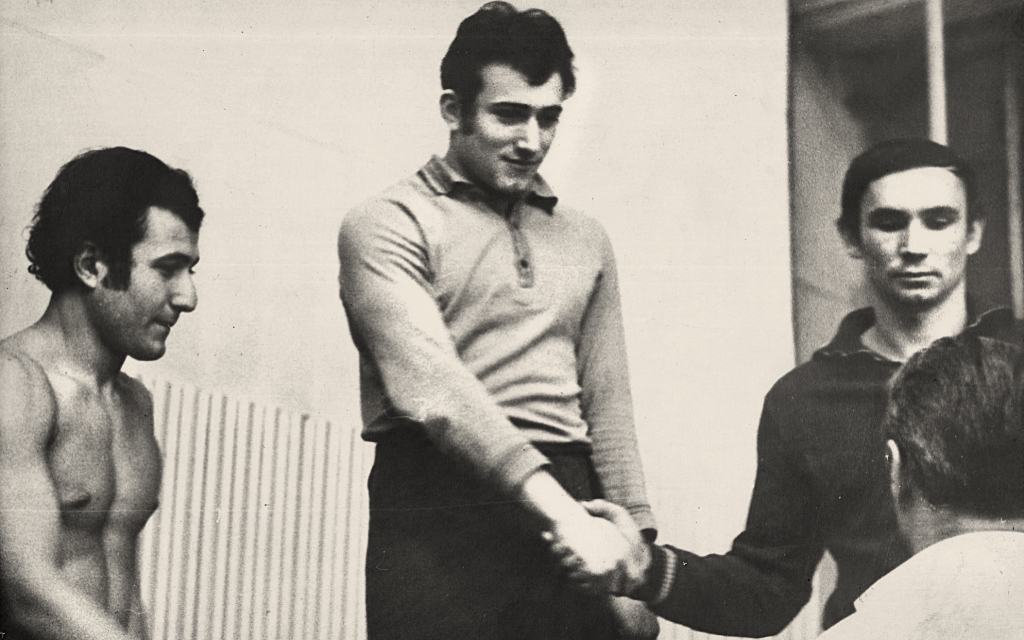 The incredible story of Shavarsh Karapetyan, a Soviet swimming champion who dove into Armenia’s Lake Yerevan and saved dozens of lives from a sinking trolleybus nearly 40 years ago.

Karapetyan’s opponents in the years after the bus crash had no idea of the trauma that half-hour in Lake Yerevan had wrought on his body and mind. In fact, outside of a handful of people — witnesses, government officials, and Karapetyan’s friends and family — hardly anyone in Armenia or the rest of the Soviet Union knew of his heroics.

That’s because Soviet authorities hushed up the accident. “Their ideological rationale was that a Soviet trolleybus could not fall in the water,” explained Pushkin Serobyan, a former Armenian sports official who worked for the Yerevan city prosecutor’s office at the time of the accident. This was not unusual. Soviet authorities were loath to publicize news of nuclear accidents, plane crashes, terrorist attacks — anything that might alarm the public or reveal weaknesses in the communist state. The public was shielded either completely from such events or offered the barest of details in remote corners of state-run newspapers.

The Writer and the Valet, by Frances Stonor Saunders, London Review of Books

Dr Zhivago may be a great novel, but in the battlefield of the Cold War it had to be great in order to be a powerful weapon.

The story of Dr Zhivago’s publication is, like the novel itself, a cat’s cradle, an eternal zigzag of plotlines, coincidences, inconsistencies and maddening disappearances. The book was always destined to become a ‘succès de scandale’, in Berlin’s words, but the machinations and competing energies that went into seeing it into print, on the one hand, and trying to stop it going to print, on the other, make it the perfect synecdoche for that feint, counterfeint round of pugilism we call the Cold War. Some punches were landed, of course, reminding the contestants that this was a real fight and not just a protracted argument about washing machines. But the Cold War was also a great engine of false realities, and the Zhivago Affair (as it immediately became known) is the story of how its protagonists became embroiled in these inventions and, more controversially, enlarged them.

Ghosts of the Maidan, by Michael Weiss, Foreign Policy

First revolution. Then war. Now what?

They’re the same as the old rules. “The police are at best useless and at worst criminal,” she said. The same lumpen elements that had populated the Interior Ministry and police force during the Yanukovych era were still at work, prompting a necessary but difficult reckoning in reconstruction options. Do you purge the cops and risk having them descend wholly into underworld activities, or do you a cut a deal with them to remain and simply hope that they don’t steal too much — until they can be phased out by honest professionals?

These are the questions Ukraine is now asking itself, six months on from the popular protest movement that ousted a kleptocratic satrapy of Moscow. The new president, Petro Poroshenko, dissolved the entire Verkhovna Rada, which was stacked with Yanukovych loyalists and MPs accused of sponsoring the pro-Russian separatists in the east — though the parliament continues to hold sessions and act as a legislature before new elections are held at the end of October. Nevertheless, the bricks-and-mortar work of state-building goes unnoticed to ordinary Ukrainians. “Kiev is like it was a year ago,” Forostyna said. “The winter period is now over.”