The People Behind Hong Kong’s Protests

A Christian minister, a law professor, and a 17-year-old high school student are among the figures behind a movement that has captivated the world.

HONG KONG — An uneasy calm rests over Hong Kong as the city closes its fourth day of demonstrations, the largest protests to hit the city since its handover from Britain to China in 1997. With some area banks, ATMs, schools, and subway stops closed due to the occupiers purposefully obstructing main thoroughfares, Hong Kong’s Beijing-backed government has repeatedly demanded that protesters return home; the demonstrators, ranging from high school students to retirees, have refused. Who leads this disparate group of city residents, who have launched the port city, well-known for its stability and investment-friendly environment, into historic civil disobedience? From a 17-year-old with an already long history of standing up to Beijing, to a 70-year-old reverend with a dream for the city, Foreign Policy explains which movements and leaders to watch.

The Hong Kong Federation of Students (HKFS), founded in 1958 and made up of student unions from eight schools, is known for cultivating social activists from different generations. The HKFS has helped orchestrate Hong Kong’s class boycott, which on Sept. 22 included striking students converging upon the Chinese University of Hong Kong wearing matching white T-shirts. The HKFS helped engage the support of university professors, some of whom have recorded their lectures to help boycotting students keep up with classes; other professors turned out to support the students.

Occupy Central with Love and Peace is a pro-democracy civil disobedience movement founded as a response to what some in Hong Kong see as Beijing’s gradual encroachment upon the city’s political freedoms. Occupy Central proposed in January 2013 that if Hong Kong were not granted universal suffrage as outlined by Hong Kong’s Basic Law, Occupy Central protesters would shut down Hong Kong’s central financial district, effectively crippling the city, which has been known as a safe and stable destination for global business. Occupy Central held an unofficial referendum in June about the future of voting reform, with over 800,000 of Hong Kong’s 7.2 million residents casting votes. As two of the three leaders are devout Christians, Occupy Central has a distinct religious vibe, as the name suggests. The movement kicked off in March 2013, when the three leaders held a press conference to announce the manifesto at a church in Kowloon, a densely populated area at the heart of Hong Kong. 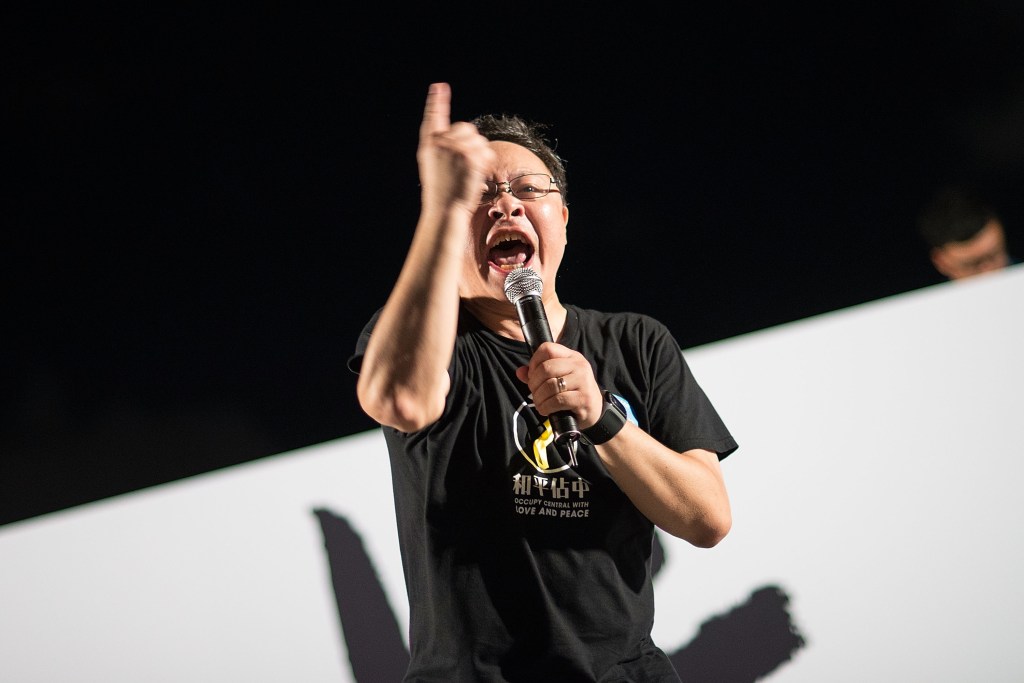 Benny Tai, an associate professor of law at the University of Hong Kong, first proposed nonviolent civil disobedience in a January 2013 article he wrote for the Hong Kong Economic Journal, and since then he has been an outspoken leader of Occupy Central. In the early morning hours of Sept. 27, after the protesters led by Scholarism (profiled below) and the Hong Kong Federation of Students clashed with police, Tai announced the official start of Occupy Central’s civil disobedience. Tai, along with Occupy Central co-organizers, has called upon Hong Kong Chief Executive Leung Chun-ying, the head of Hong Kong’s government who’s known to be accommodating toward Beijing, to resign. 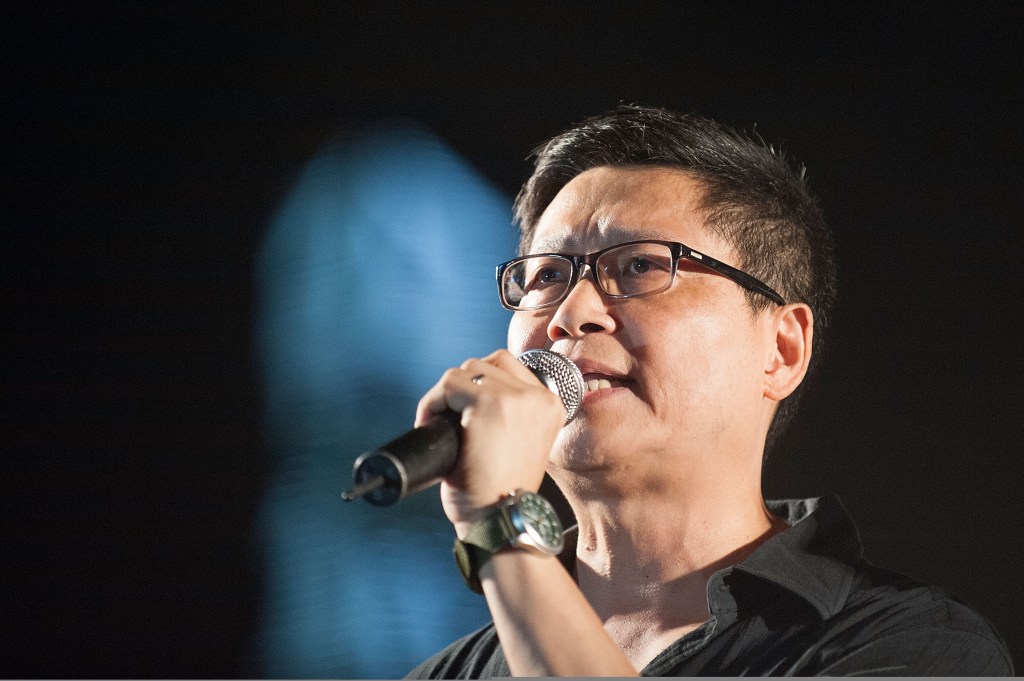 Chan Kin-man, a sociologist at the Chinese University of Hong Kong, is one of Occupy Central’s co-organizers. Chan formerly served as director of the university’s Chinese studies center, but stepped down from that role in early August to prevent his involvement with Occupy Central from affecting the program’s reputation. 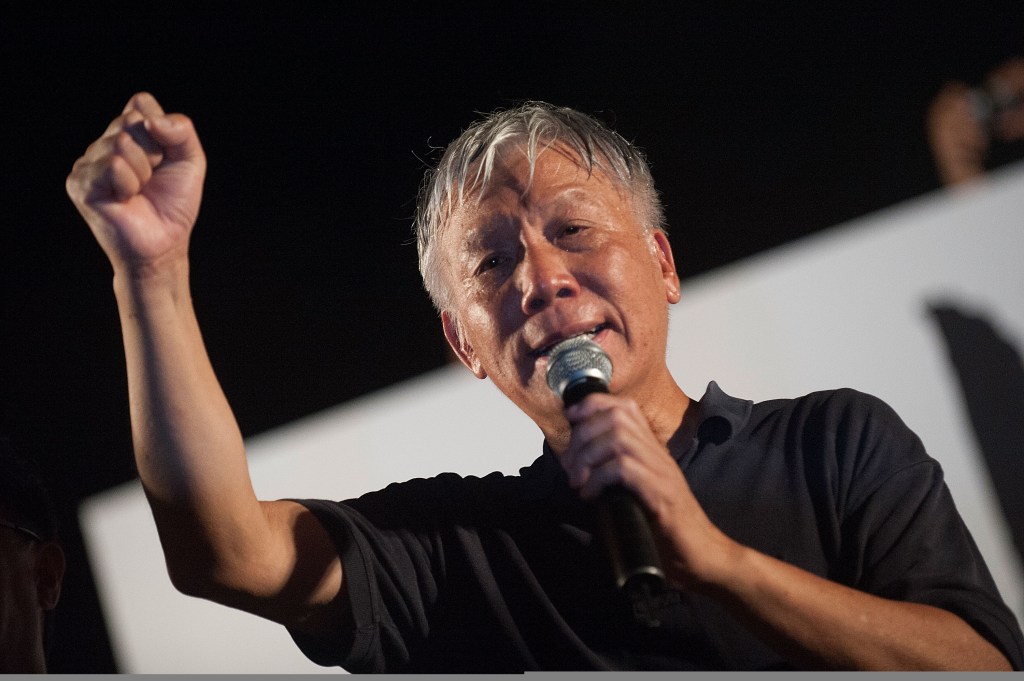 Chu Yiu-ming, a church minister and veteran human rights activist, is an Occupy Central co-organizer. Now 70 years old, Chu grew up in mainland China and lived through the Cultural Revolution, a traumatic period of Communist Party-led turmoil from 1966 to 1976; he is known for helping several Tiananmen Square protesters flee China in 1989 in an operation called Yellowbird. Involved with Occupy Central since 2013, Chu assumed the position of leader of Occupy Central in January 2014. Chu has stated that although he is “really afraid of the Communist Party,” he believes that “if we bow to fate, we will lose everything.”

Joshua Wong, a 17-year-old high school student, has faced down Beijing before — and emerged in one piece. The teenager founded the student movement Scholarism in 2012 in response to the Hong Kong government’s bid to introduce “patriotic education” to Hong Kong’s schools through a Beijing-style curriculum that some residents feared would brainwash the city’s students. After a month of protests, during the movement’s peak more than 120,000 people gathered at the government headquarters, with three of the movement’s members going on a hunger strike. (The proposal was later shelved.) Wong has been the target of pro-Beijing media outlet attacks, most recently on Sept. 25 when Hong Kong’s Wen Wei Po, a paper known to be sympathetic to Beijing, accused him of ties to the United States. Hong Kong police arrested Wong on Friday, Sept. 26, after he led a charge for protesters to climb over the fence of a government building, and released him two days later without charge. 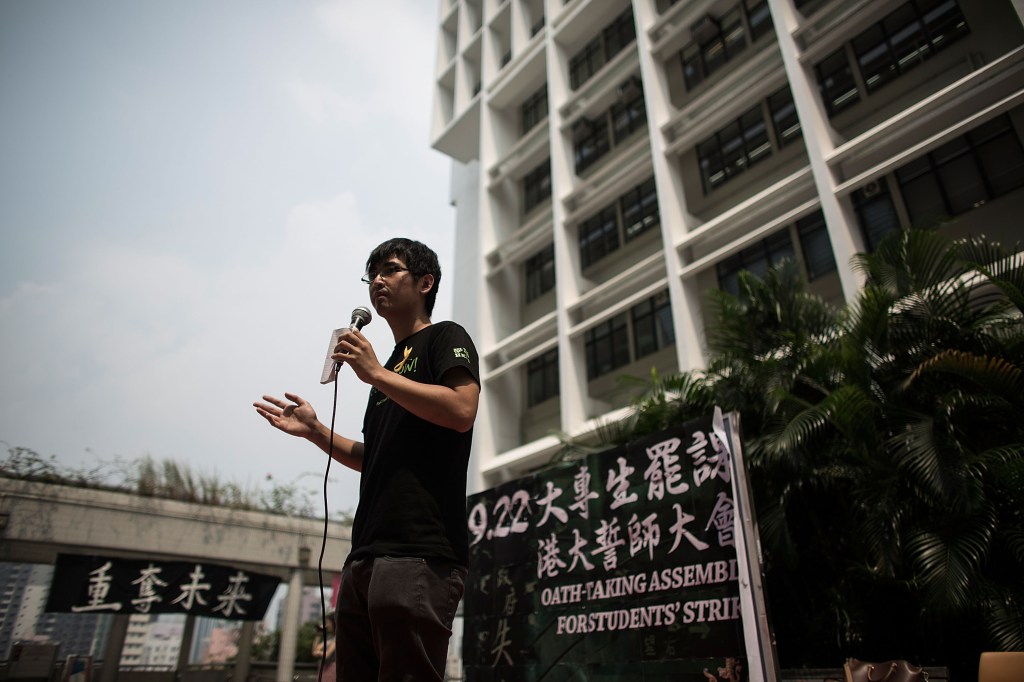 Alex Chow is secretary-general of the Hong Kong Federation of Students (HKFS), which has organized the class boycott in which institutions across Hong Kong are currently participating. In a Sept. 15 interview with Harbour Times, a Hong Kong-based bilingual newspaper, the 24-year-old Chow stated that he had been followed and his phone tapped. “They are not reporters, but are public security from China,” he told the Times, but he said he wouldn’t be deterred by these threats. Majoring in comparative literature and sociology at the University of Hong Kong, Chow had little experience organizing social movements before the class boycott. 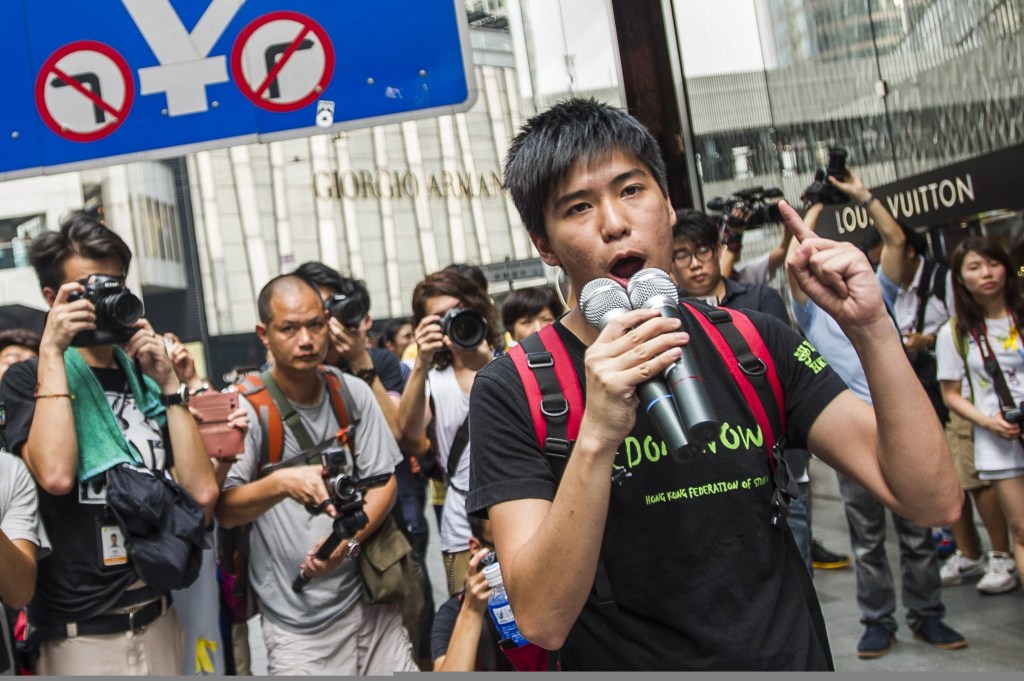 Lester Shum, a government and public administration student at the Chinese University of Hong Kong, has held the post of deputy secretary-general of HKFS since April. Like Chow, Shum is a novice at leading student movements. In an interview in September with the pro-democracy Hong Kong-based Next Magazine, Shum said his political awakening came from a popular Internet forum called Hong Kong Golden. Both Shum and Chow were detained by police for more than 30 hours, and Shum said that police officers refused to let him take medicine despite a fever.