Protests in Hong Kong; pilgrims on the Hajj; and preparations to "Aerosail" the Mediterranean.

Medical staff members of the Croix Rouge NGO remove the corpse of a victim of Ebola, from a house in Monrovia, on Sept. 29. 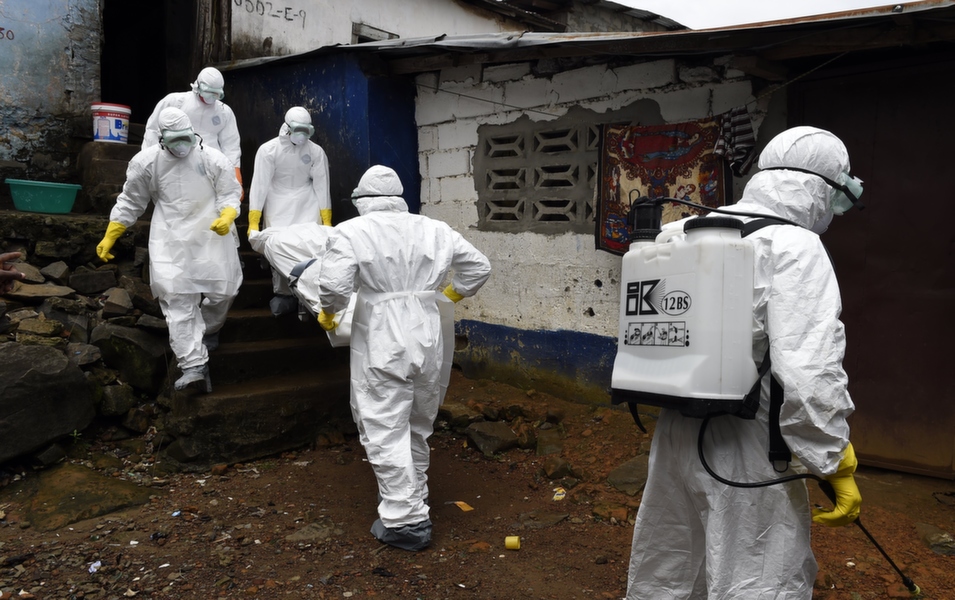 Medical staff members of the Croix Rouge NGO remove the corpse of a victim of Ebola, from a house in Monrovia, on Sept. 29. 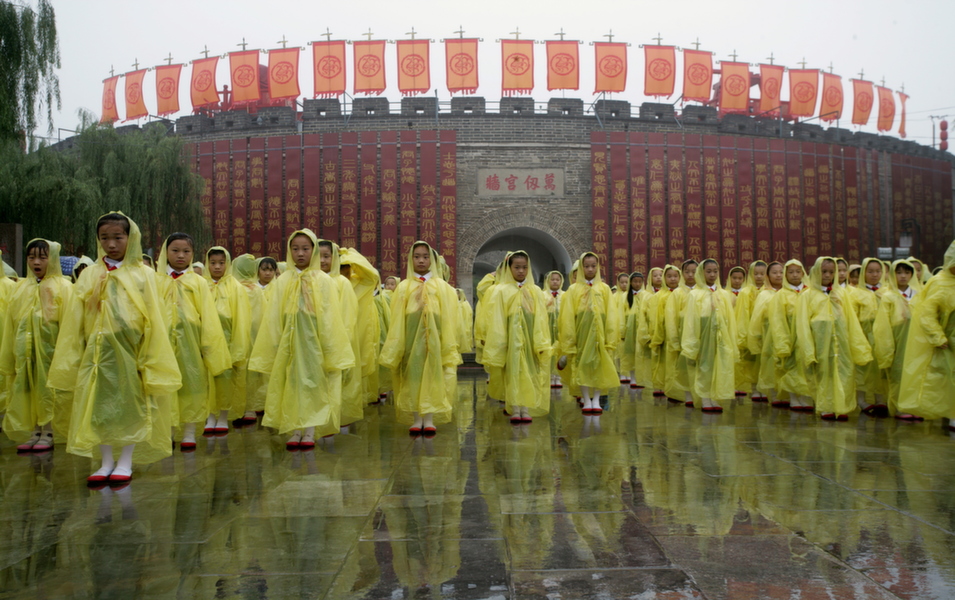 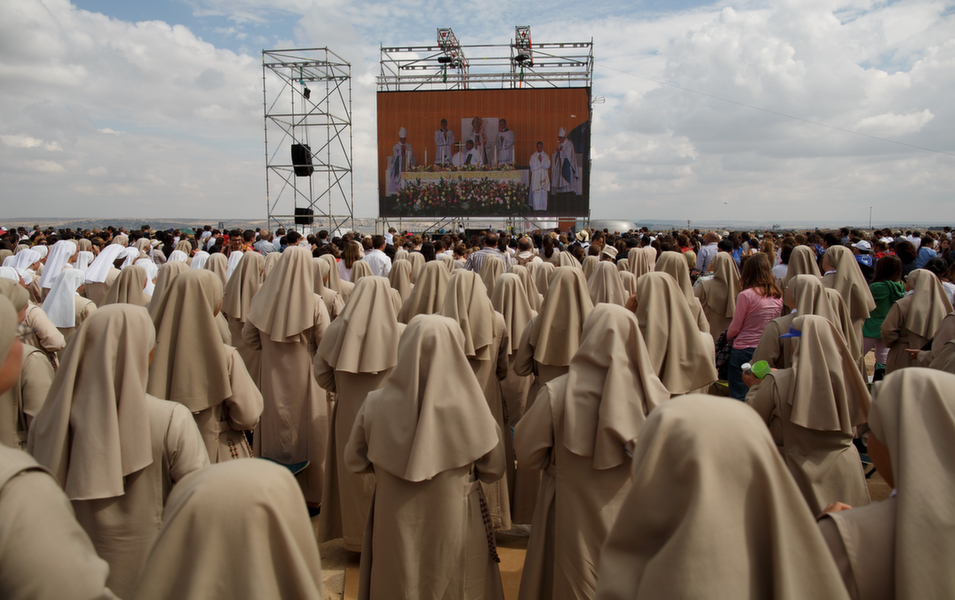 Nuns attend the beatification ceremony for Opus Dei former leader Alvaro del Portillo on Sept. 27 in Madrid, Spain. Thousands of Catholics from around the world joined the ceremony in a huge open air mass. 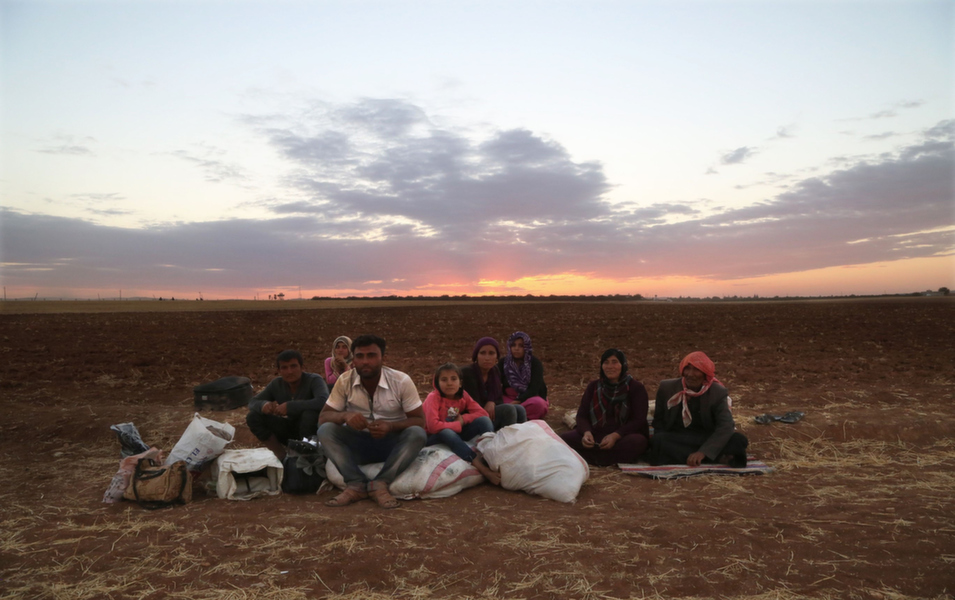 A girl of Syrian Kurdish Azad Azad family, fled from the clashes between Islamic State and Syrian Kurdish armed groups in Ayn al-Arab city and Tell Abyad district of Ar-Raqqah, waiting to find a refuge after crossing into Turkey through Yumurtalik border crossing in Sanliurfa, a southeastern province of Turkey, on Sept. 26. 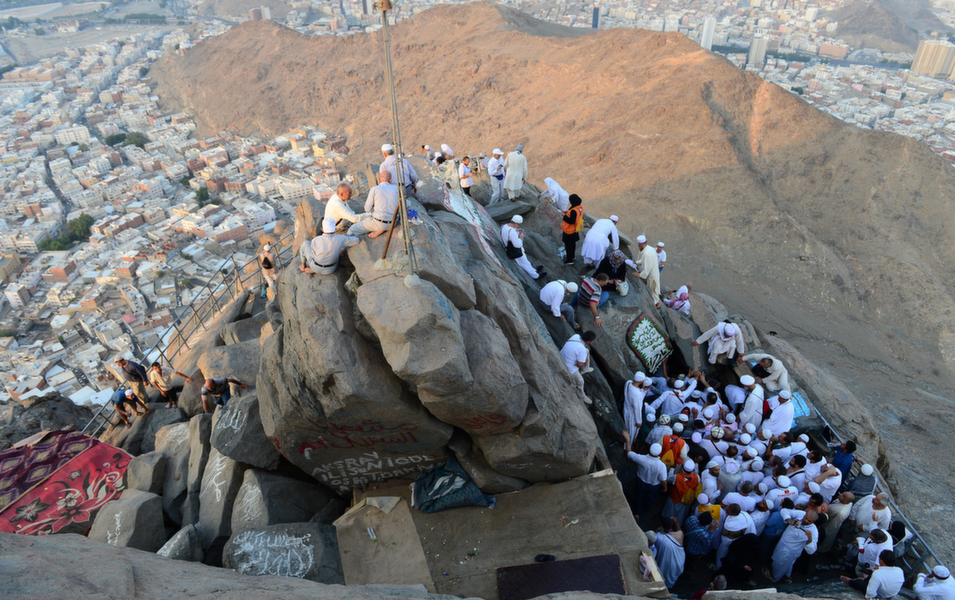 Muslim pilgrims visit the Hira cave where Prophet Muhammad received the first revelation of the Quran, at the top of al Nour mountain (Jabal al-Nour) on Sept. 28 in Mecca, Saudi Arabia. 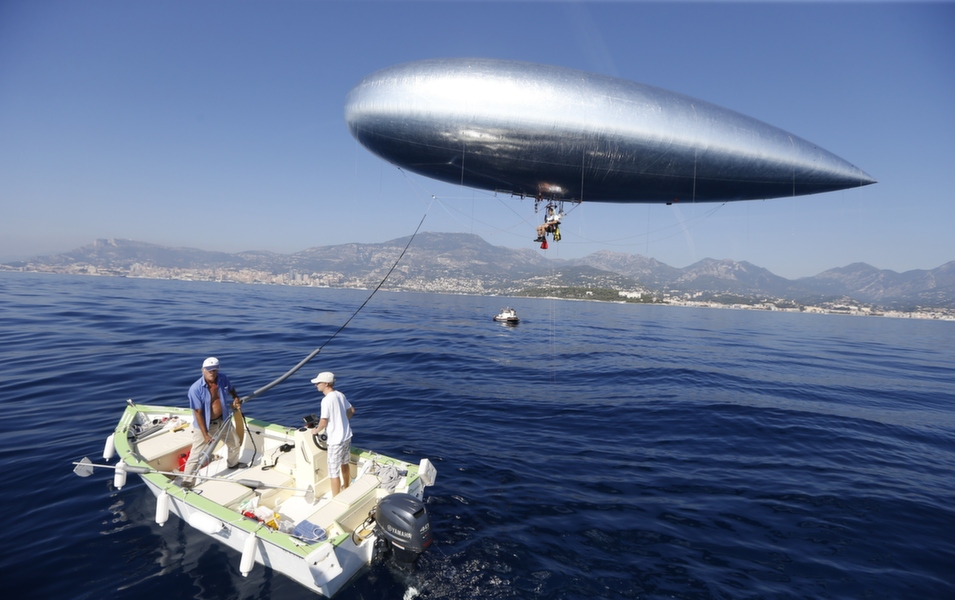 French adventurer and researcher Stephane Rousson prepares his ‘Aerosail’ on Sept. 28 in Roquebrune-Cap-Martin in southeastern France, prior to his planned attempt to cross the Mediterranean from Nice to Calvi on the French Mediterraean island of Corsica. 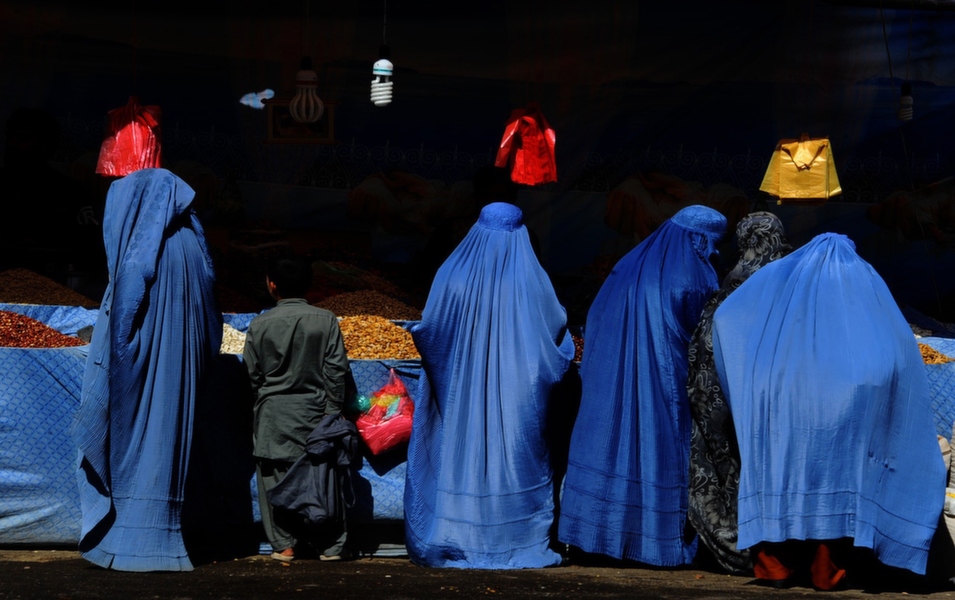 Afghan women buy fruit at the one of the main markets in Herat on Oct. 1. Muslims across the world are preparing to celebrate the annual festival of Eid al-Adha, or the Festival of Sacrifice, which marks the end of the Hajj pilgrimage to Mecca. 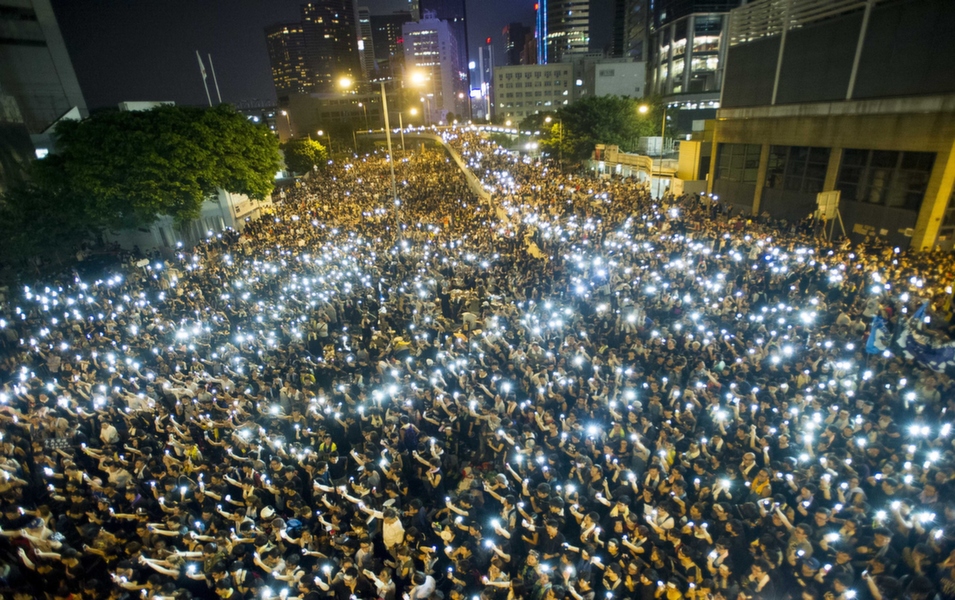 Protestors and student demonstrators hold up their cellphones in a display of solidarity during a protest outside the headquarters of Legislative Council in Hong Kong on Sept. 2. Hong Kong has been plunged into the worst political crisis since its 1997 handover as pro-democracy activists take over the streets following China’s refusal to grant citizens full universal suffrage. FP‘s Rachel Lu reports on the ground in Hong Kong. 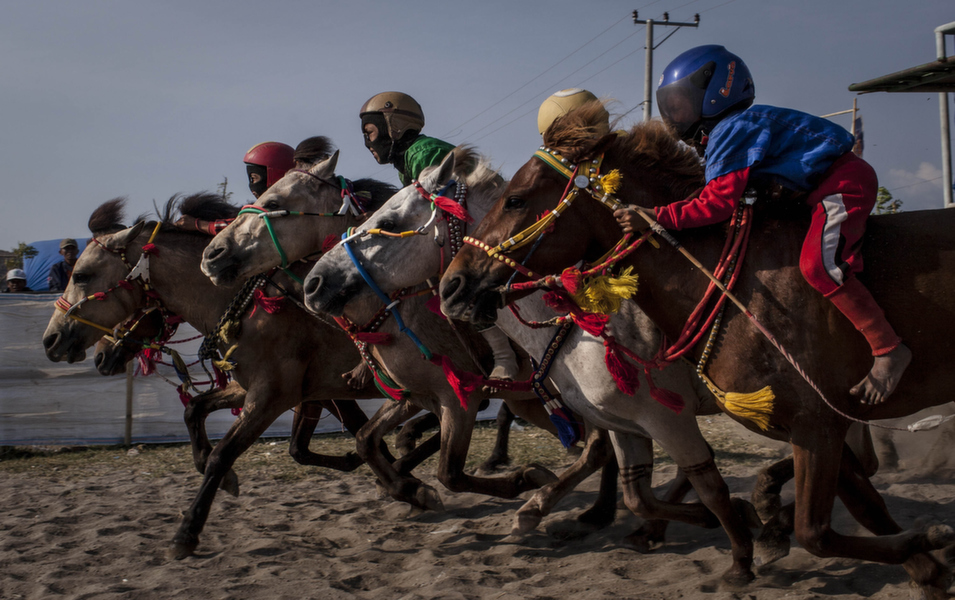 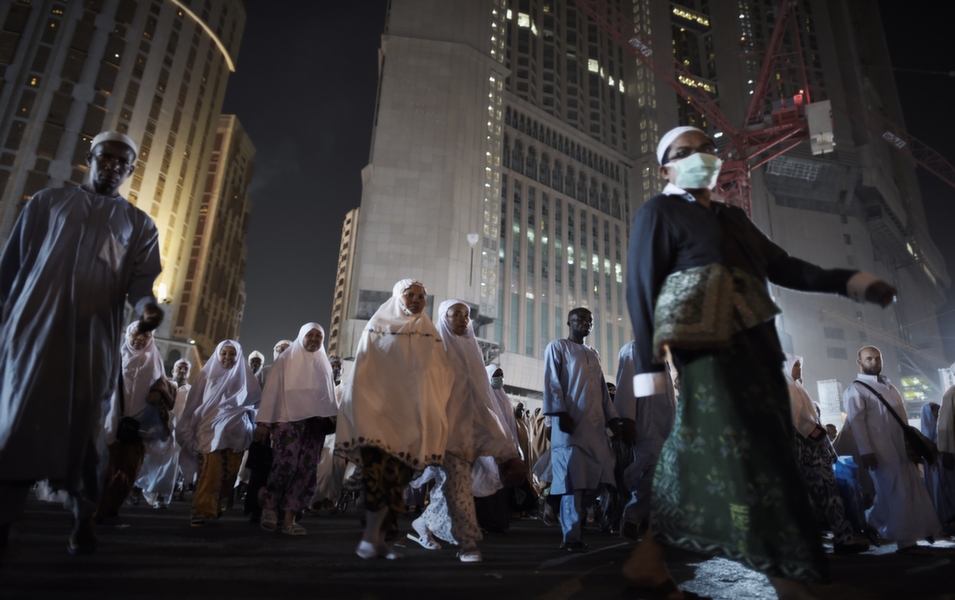 Muslim pilgrims leave after a prayer at Mecca’s Grand Mosque, home of the cube-shaped Kaaba or “House of God” that Muslims believe was built by Abraham 4,000 years ago, on Sept. 30. 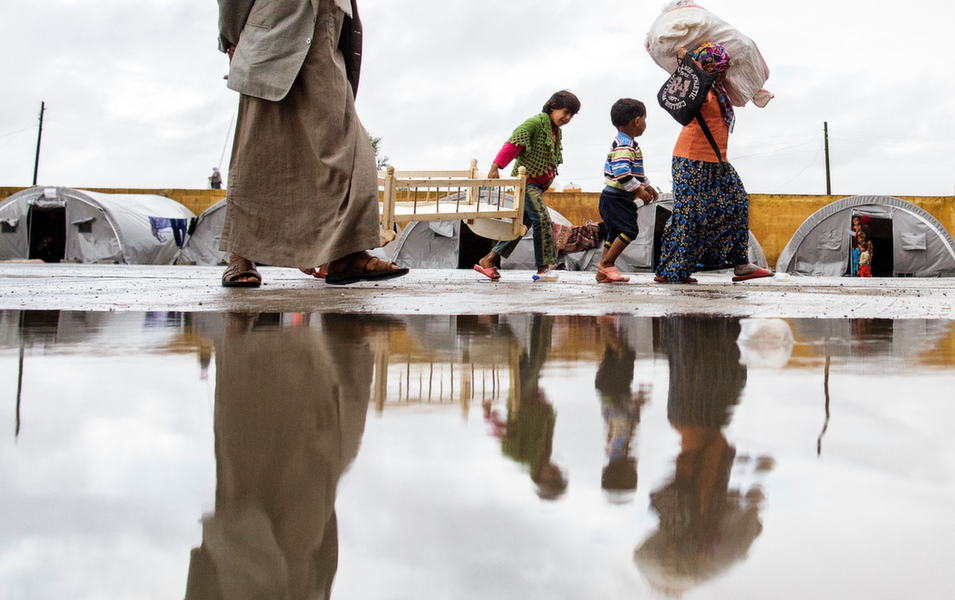 People carry their belongings in a refugee camp after crossing from Syria into Turkey in Suruc Sept. 28 south of Sanliurfa, Turkey. Islamic State fighters are reportedly advancing with heavy weaponry on the strategic Kurdish border town of Kobani (also called Ayn Al-Arab), which they have surrounded on three sides. Several hundred thousand refugees are reportedly in Kobani and aid agencies are bracing for a massive exodus into Turkey. 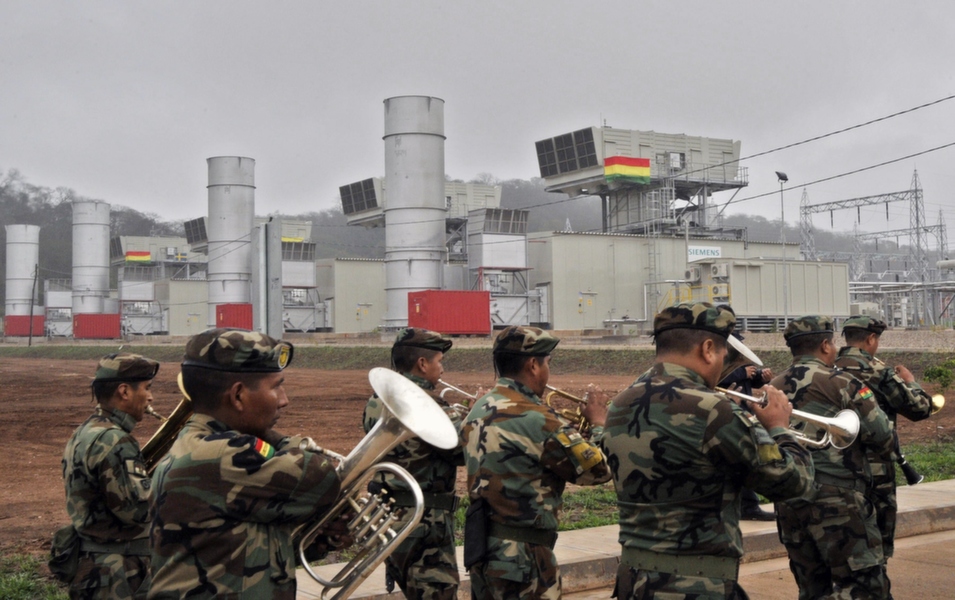 An army music band plays during the inauguration of a thermoelectric plant in Yacuiba, Bolivia on Sept. 27. The plant will supply the south of the country. 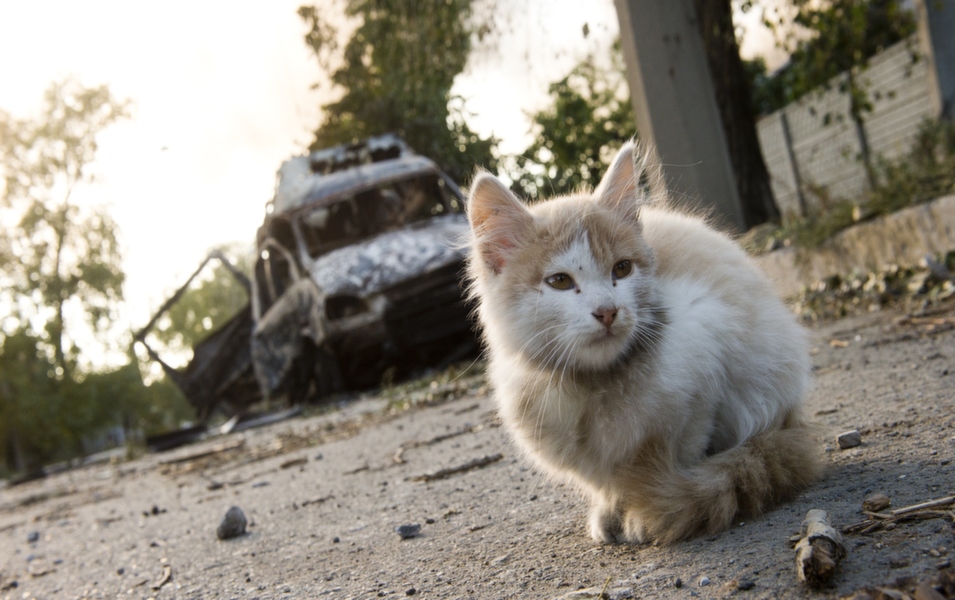 A kitten sits in front of a vehicle damaged by shelling in Donetsk’s Oktyabrsky district, adjoining the airport, on Oct. 2. Pro-Russian insurgents launched a fresh assault on Oct. 2 on an airport held by isolated Ukrainian forces as a month-old truce came under renewed strain and calls grew for the Kremlin to help halt the bloody revolt. 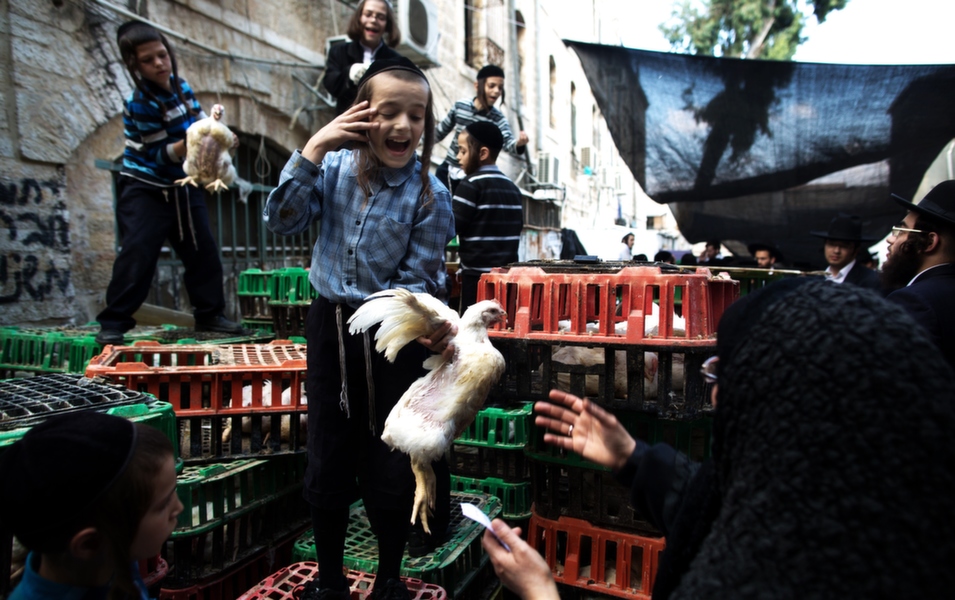 Ultra-Orthodox Jewish children help sell chickens during the Kaparot ceremony in the Ultra-Orthodox neighborhood of Mea Shearim in Jerusalem on Oct. 2. Nepalese devotees splash water on a buffalo to be sacrificed during the ninth day of the Hindu Dashain Festival in Bhaktapur, on the outskirts of Kathmandu on Oct. 2. Dashain is the longest and the most auspicious festival in the Nepalese calendar and celebrates the triumph of good over evil. 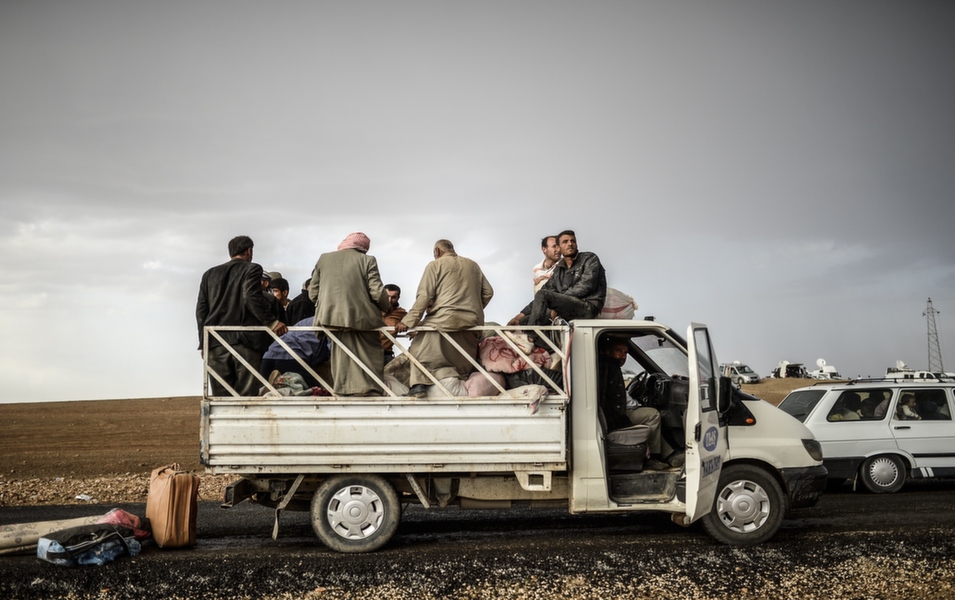 Syrian Kurds sit in the back of a pick-up truck in the southeastern town of Suruc in the Sanliurfa province after crossing the border between Syria and Turkey after mortars hit both sides on Oct. 2. 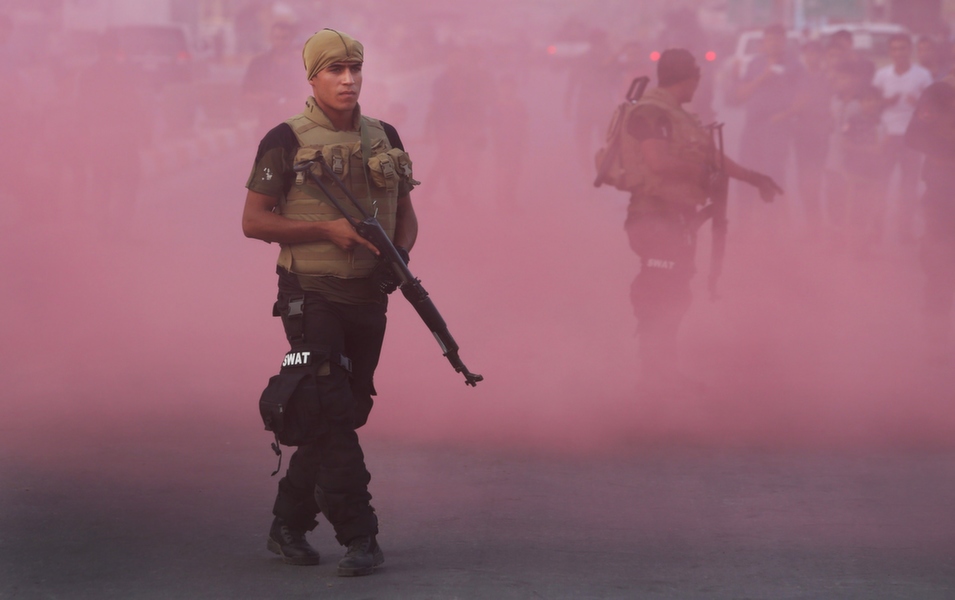 Iraqi Shiite fighters from Tal Afar, loyal to Grand Ayatollah Ali al-Sistani, take part in a parade in the Shiite shrine city of Karbala in central Iraq on Oct. 2, ahead of joining the fight against the Islamic State