The Women of Kobani

Fleeing the Islamic State militants, they’ve left behind not only their homes in Syria, but their husbands and sons who have stayed behind to fight. 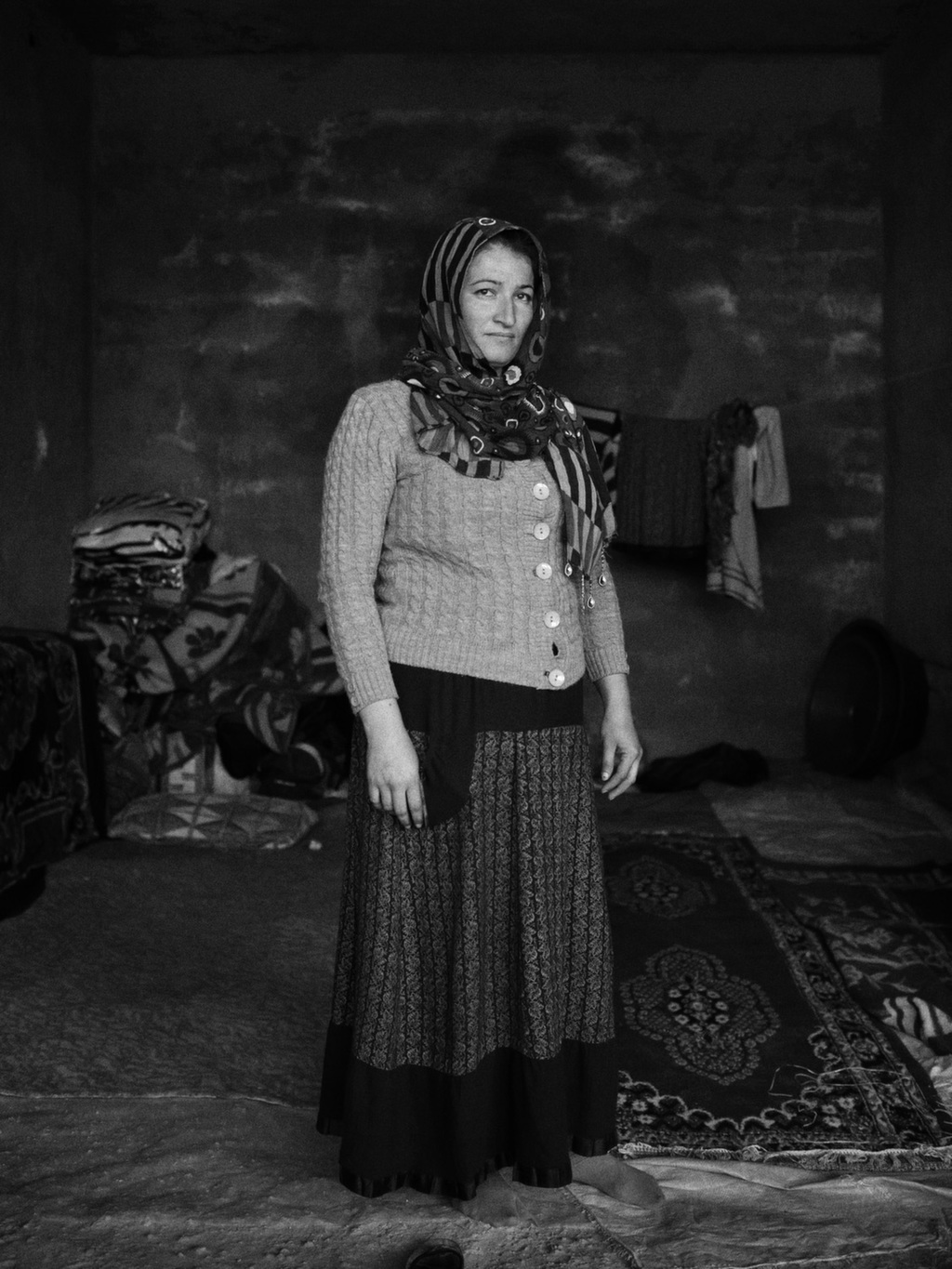 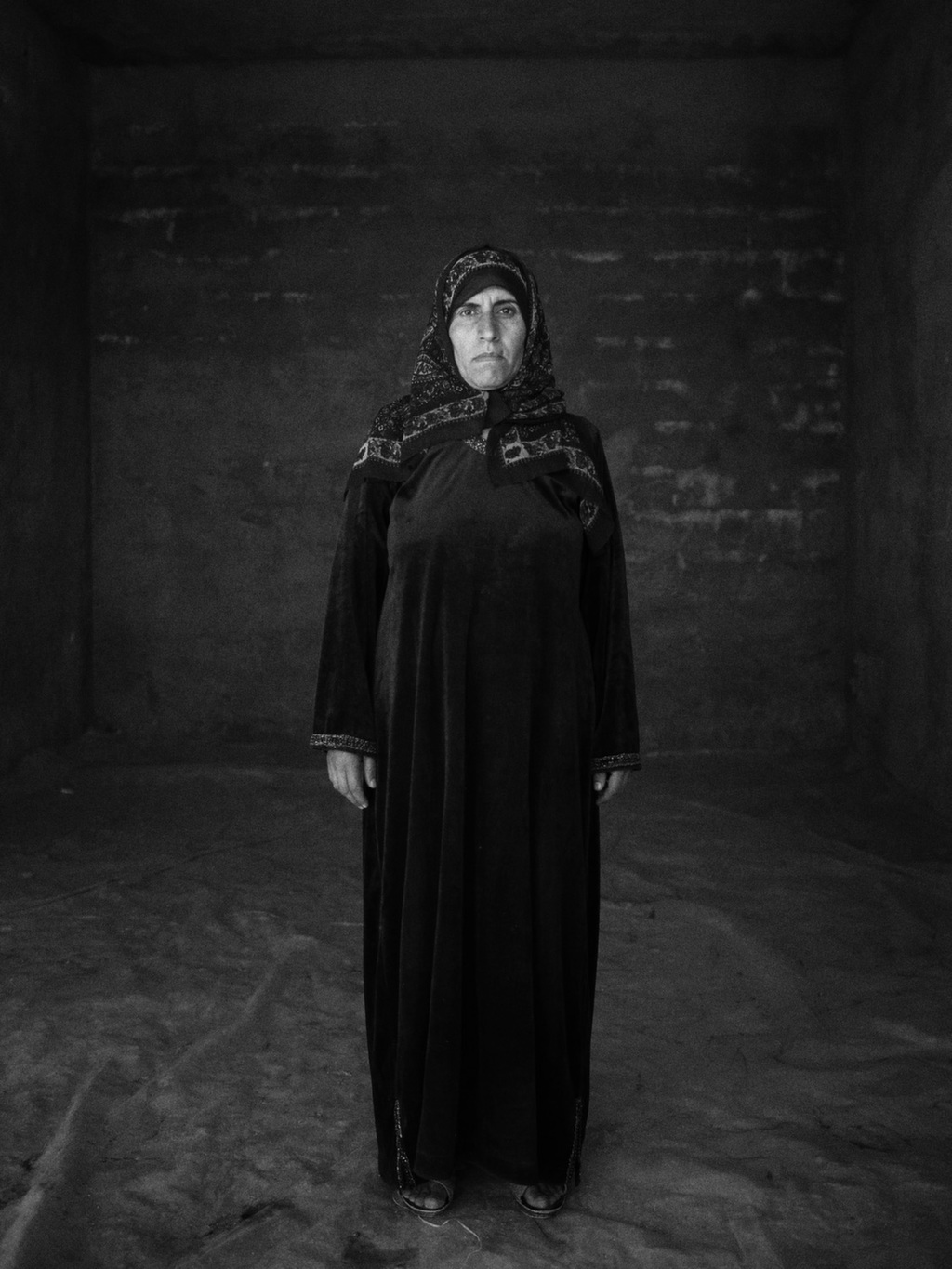 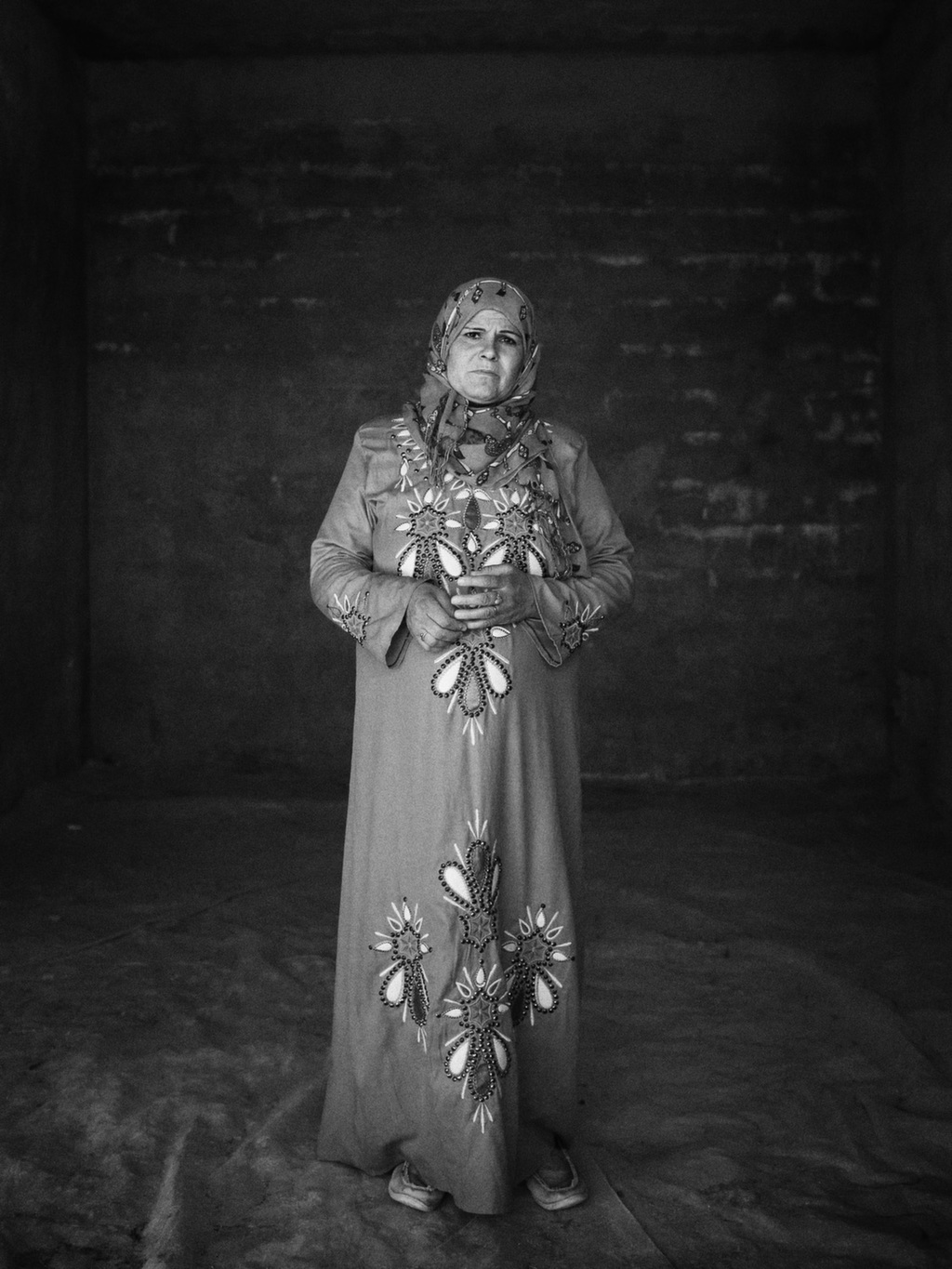 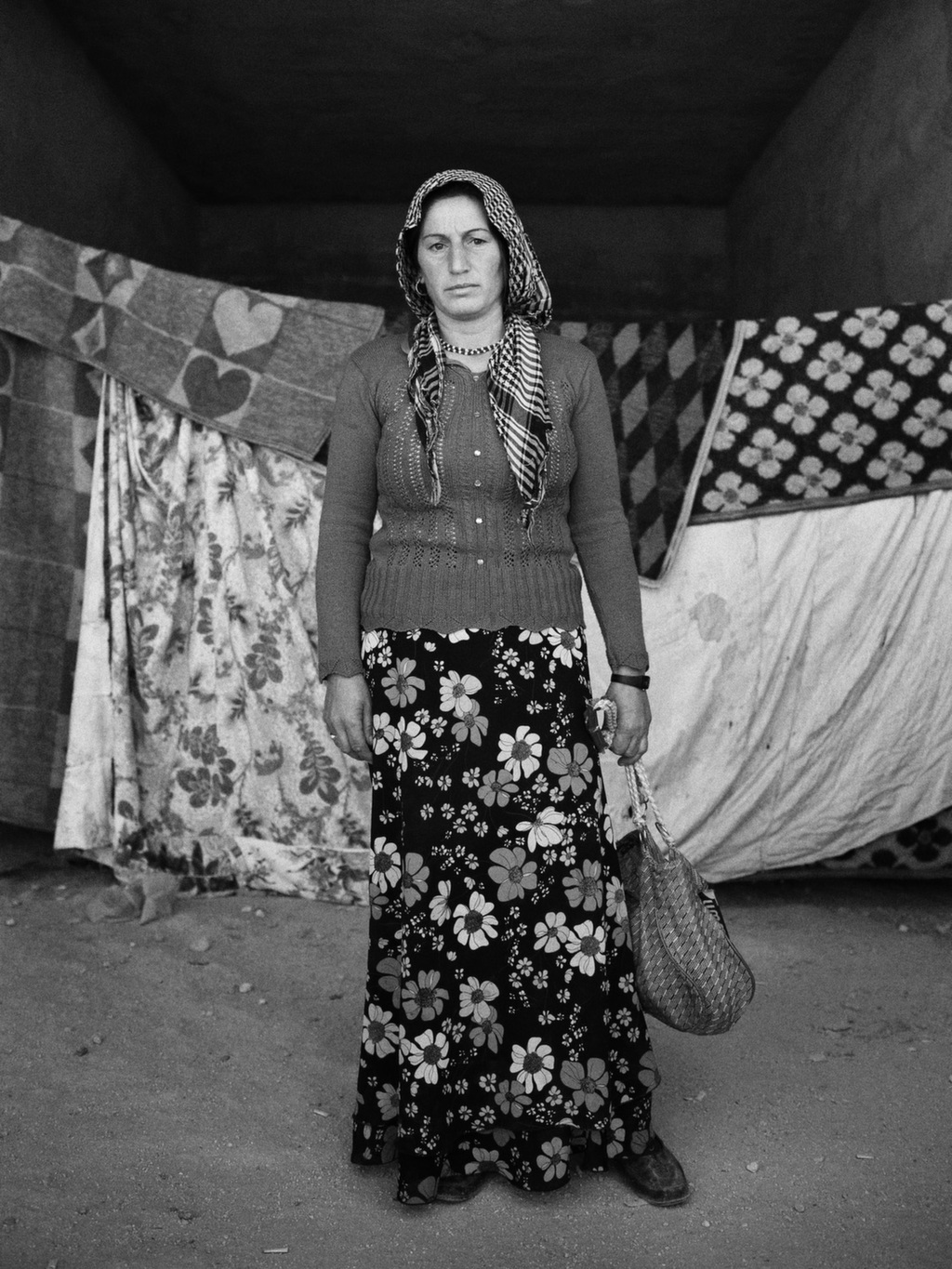 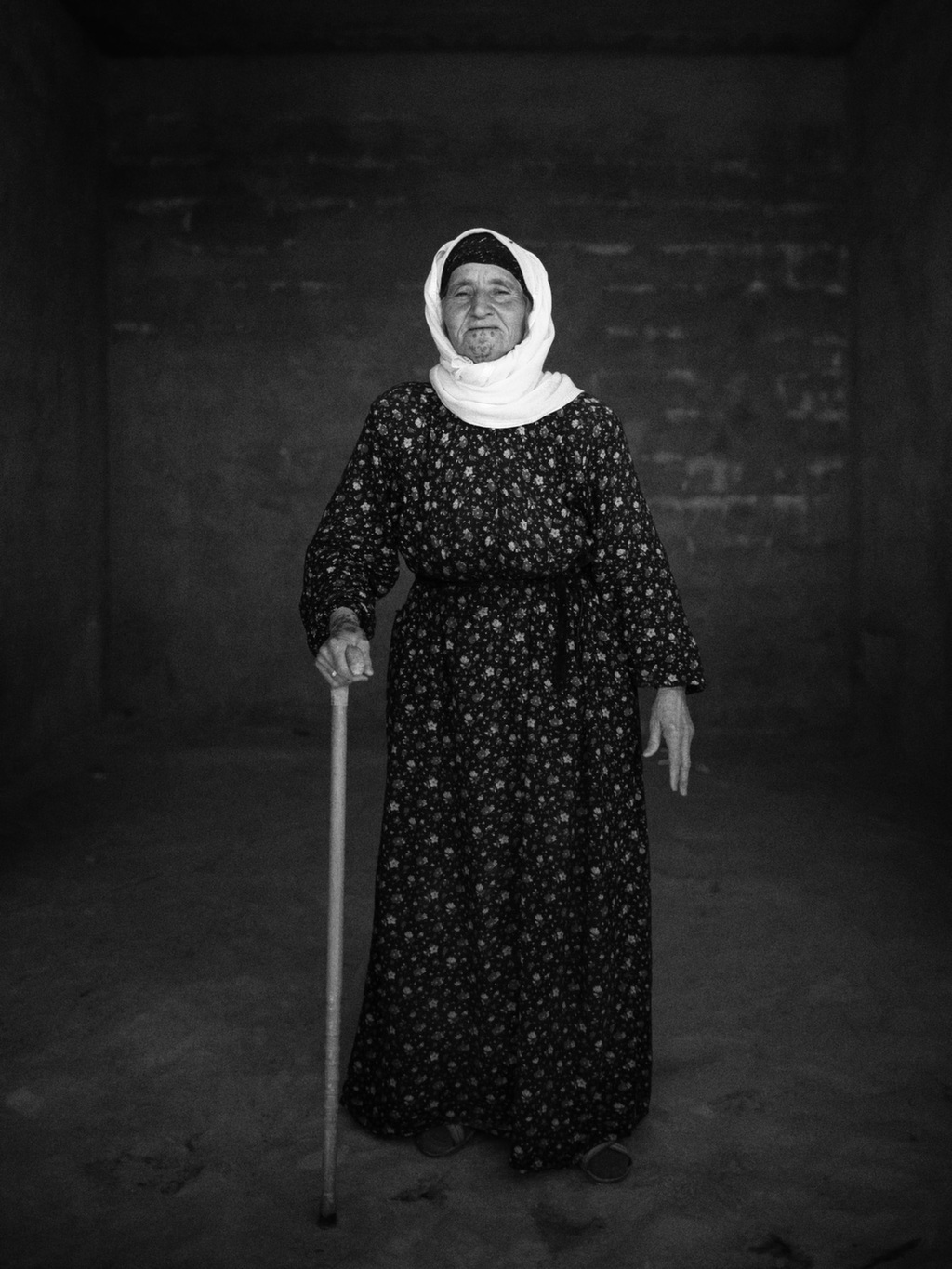 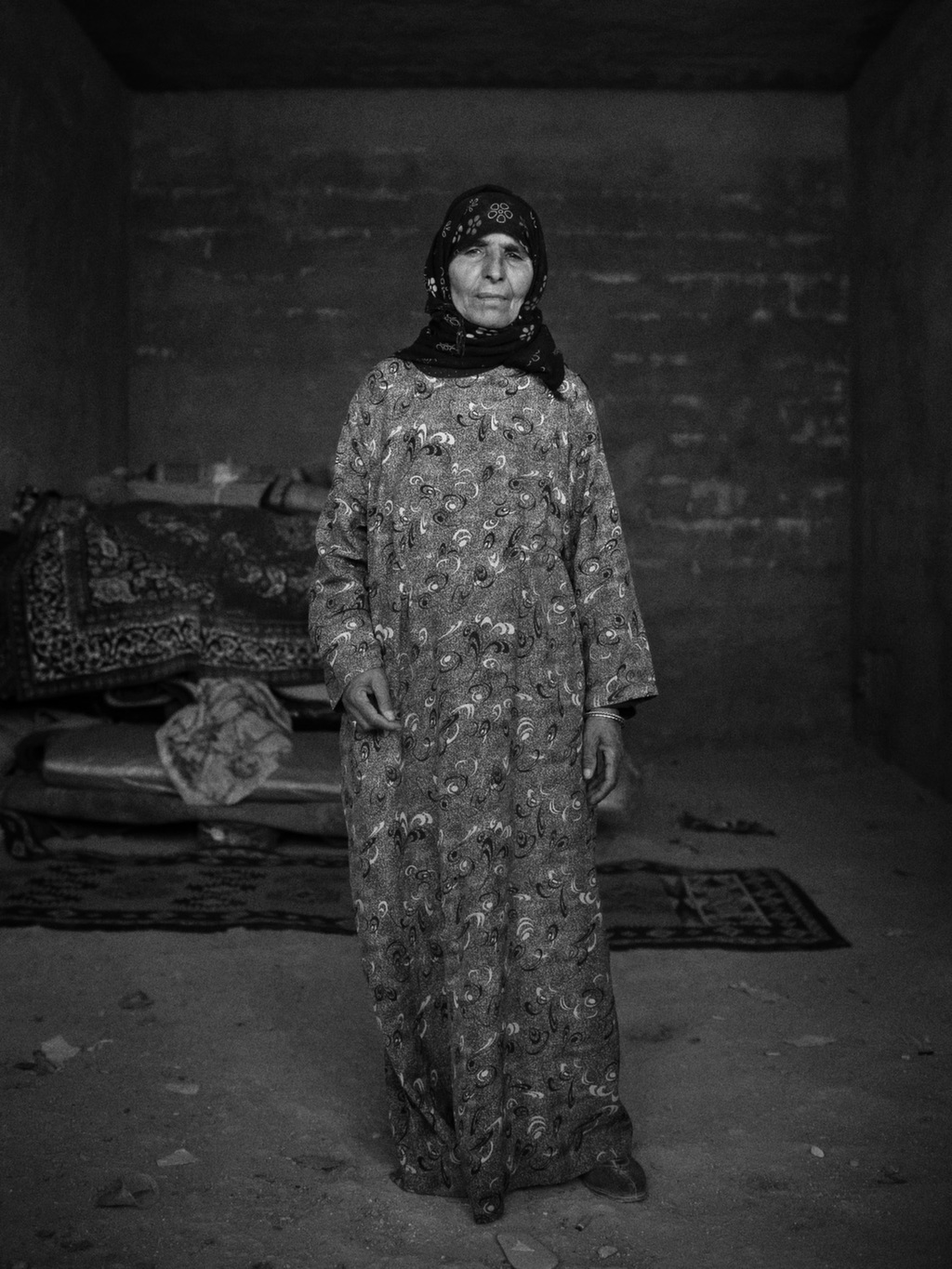 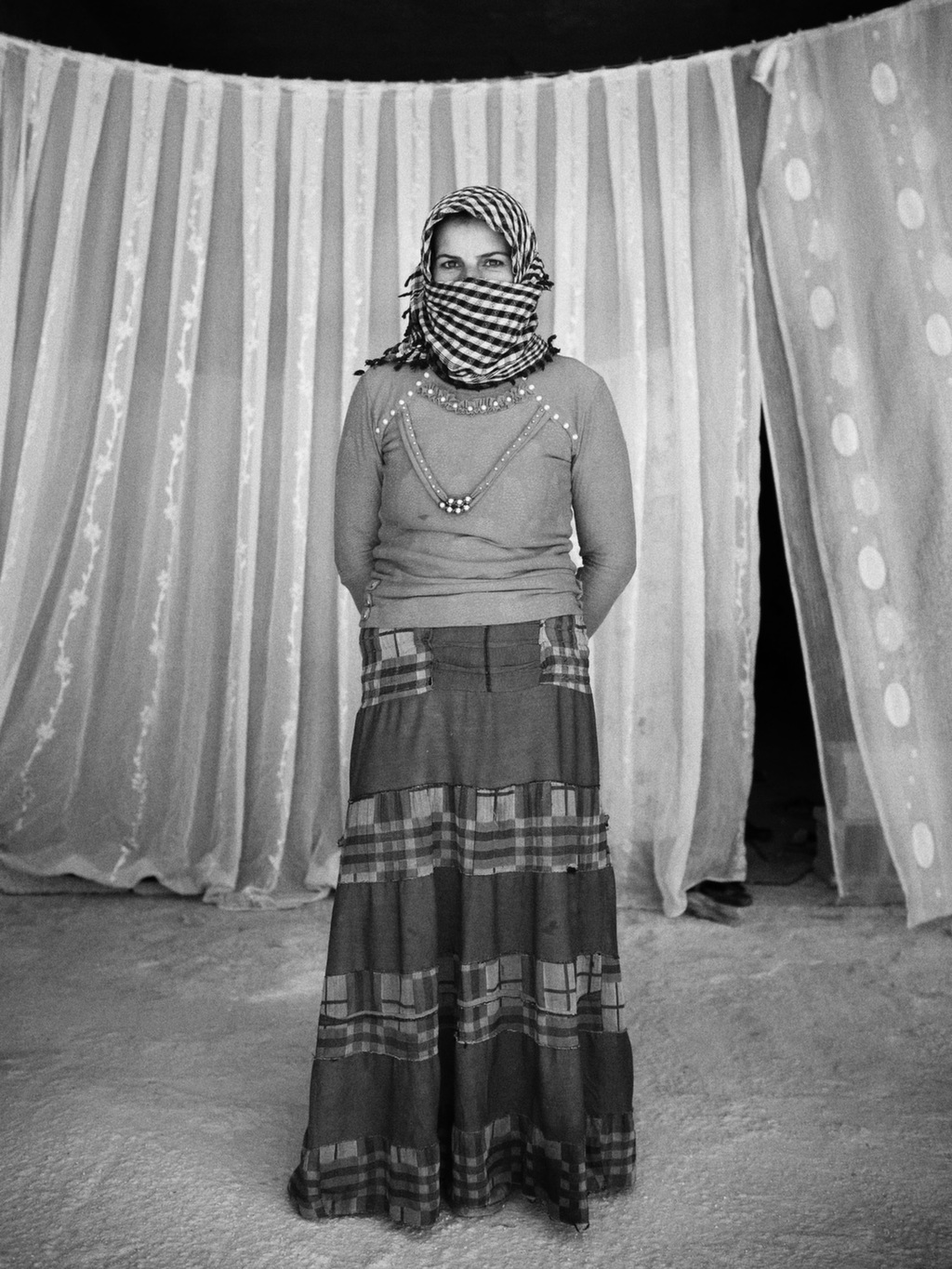 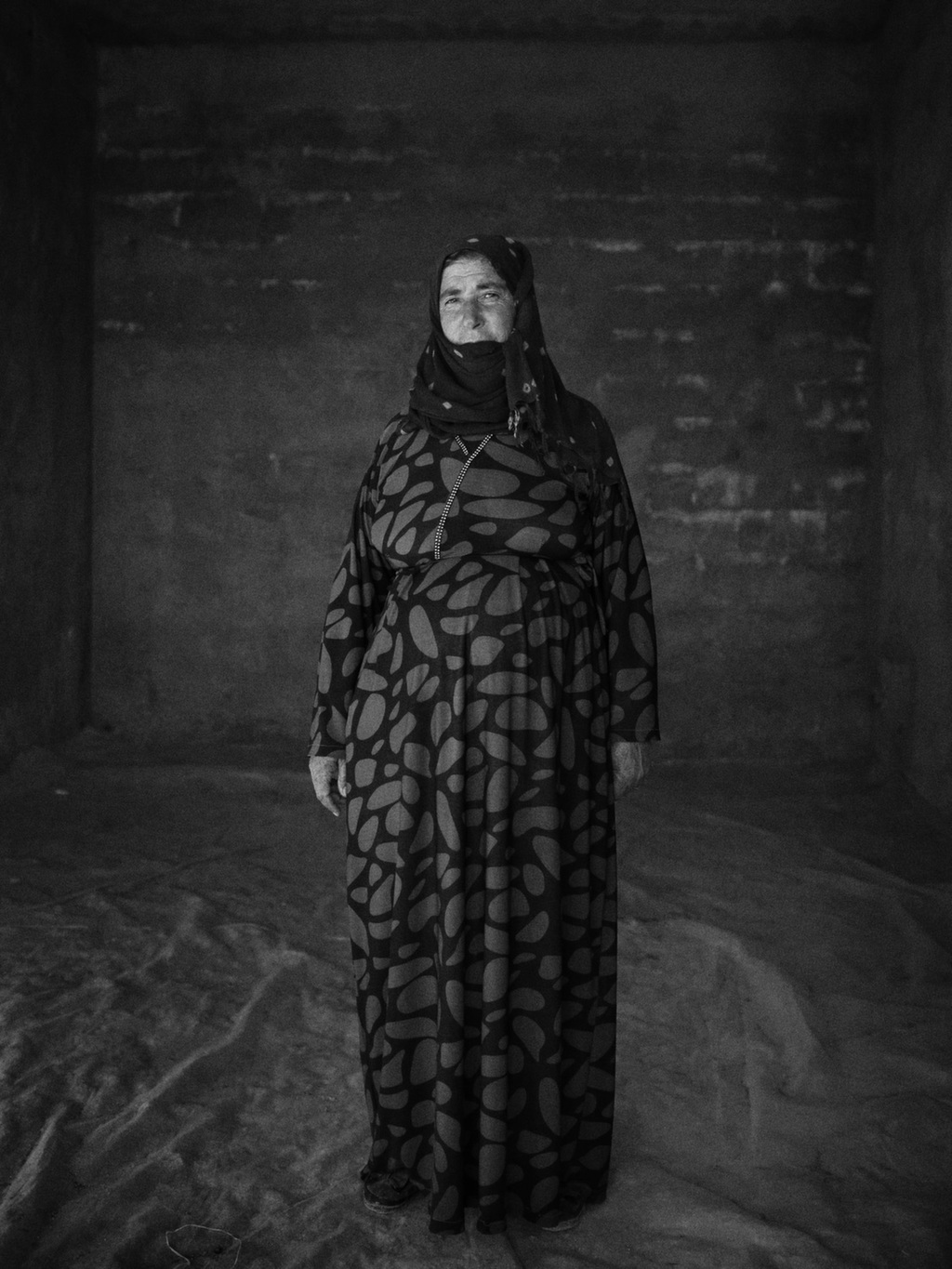 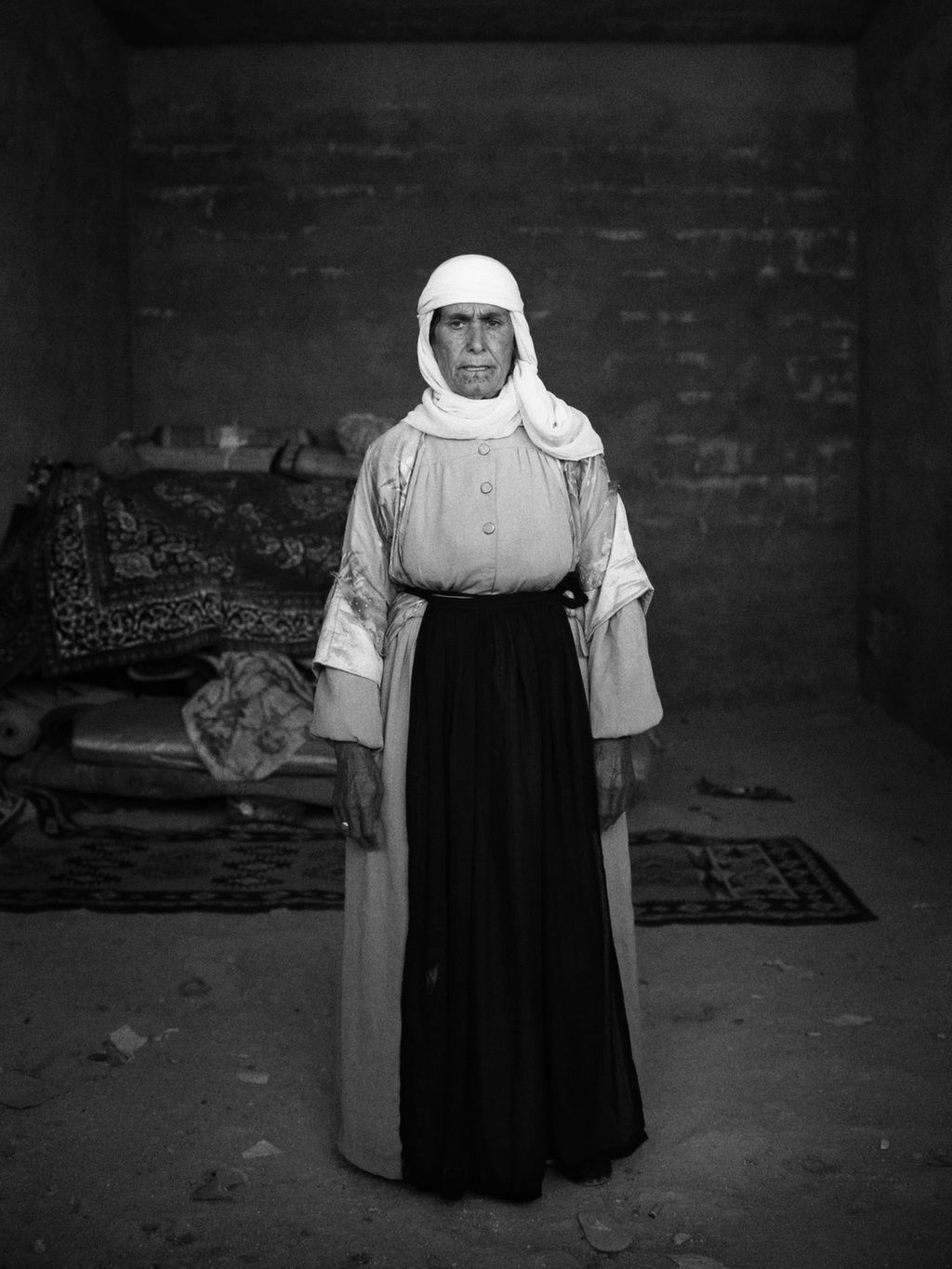 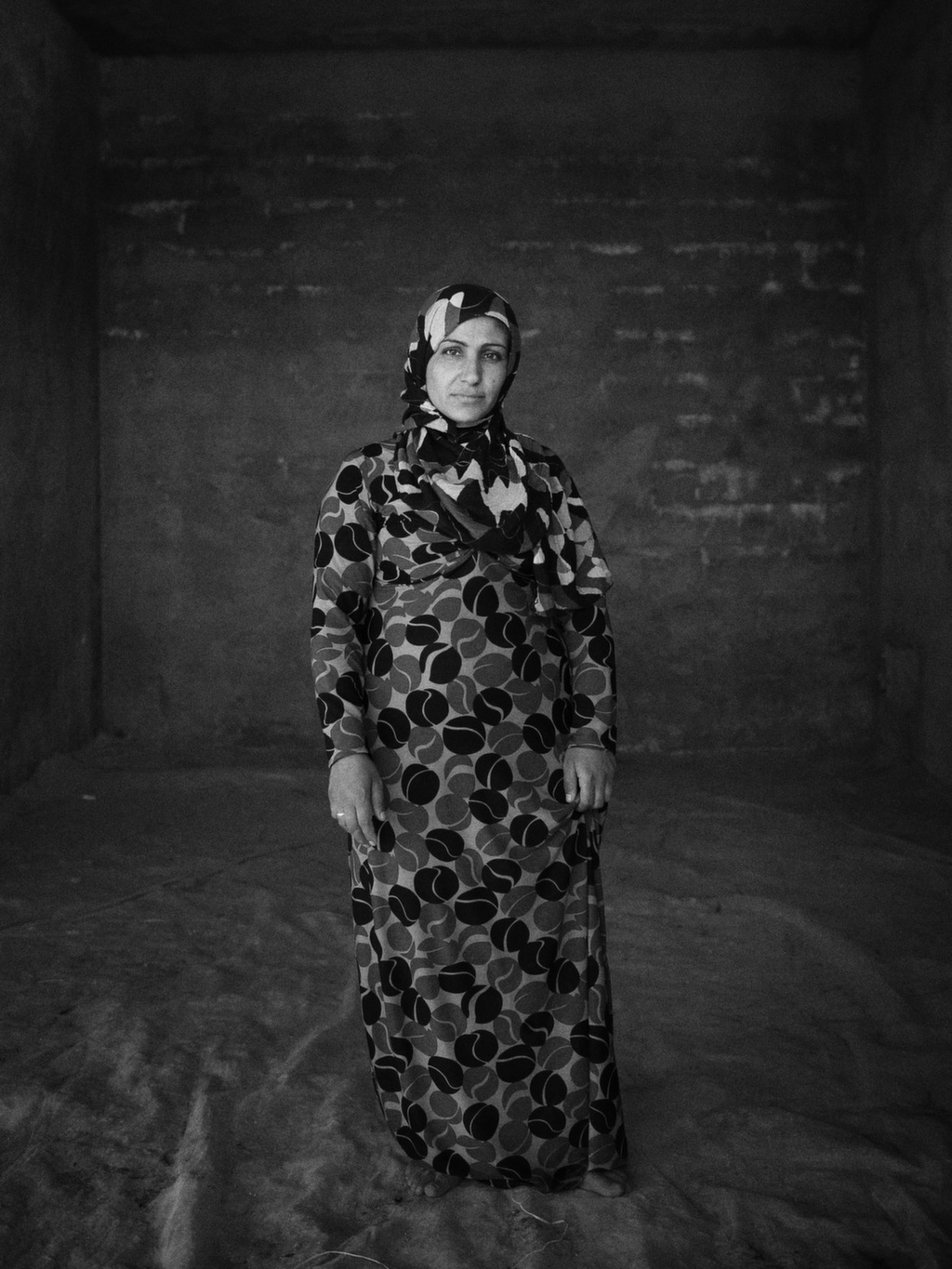 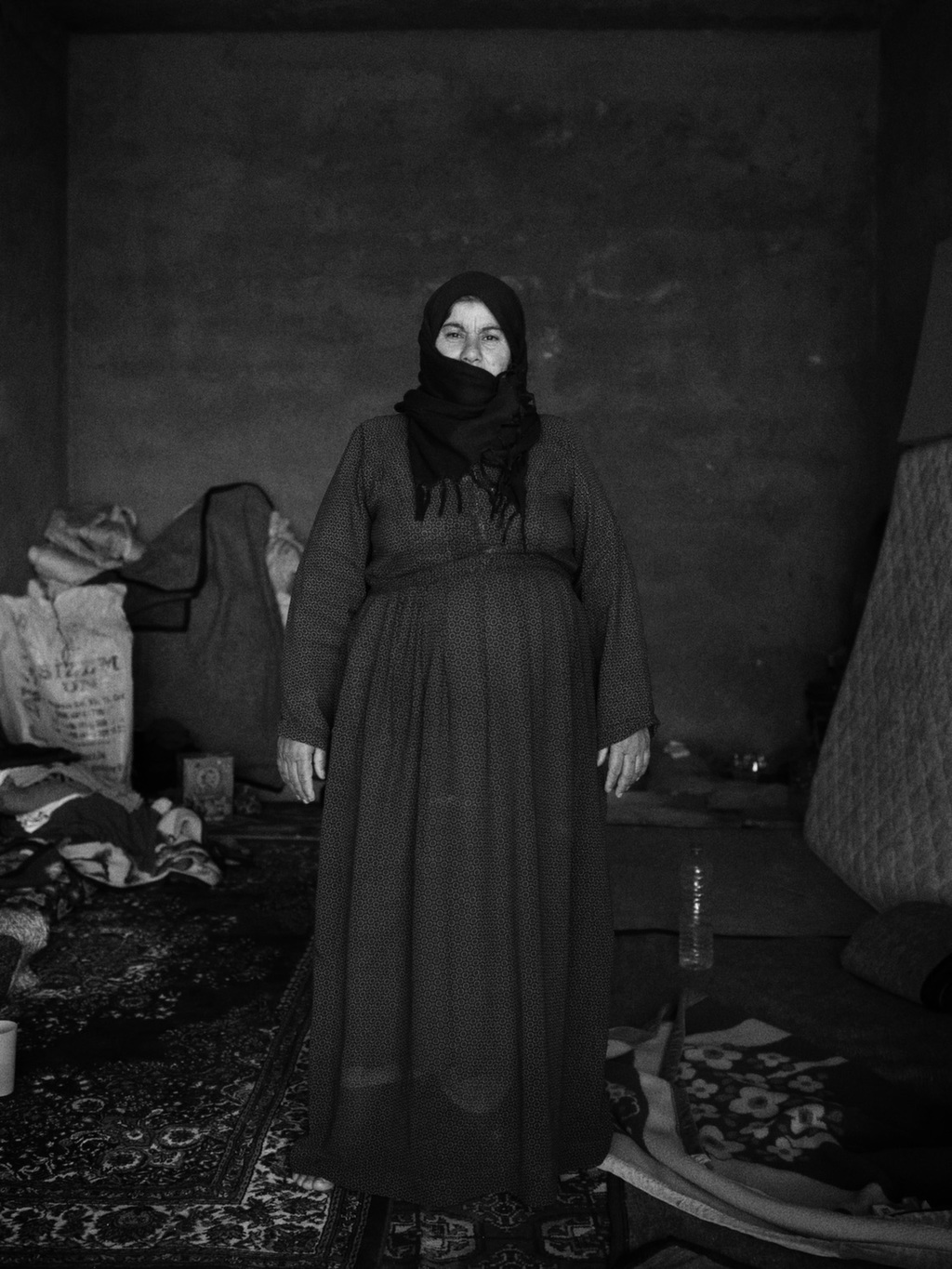 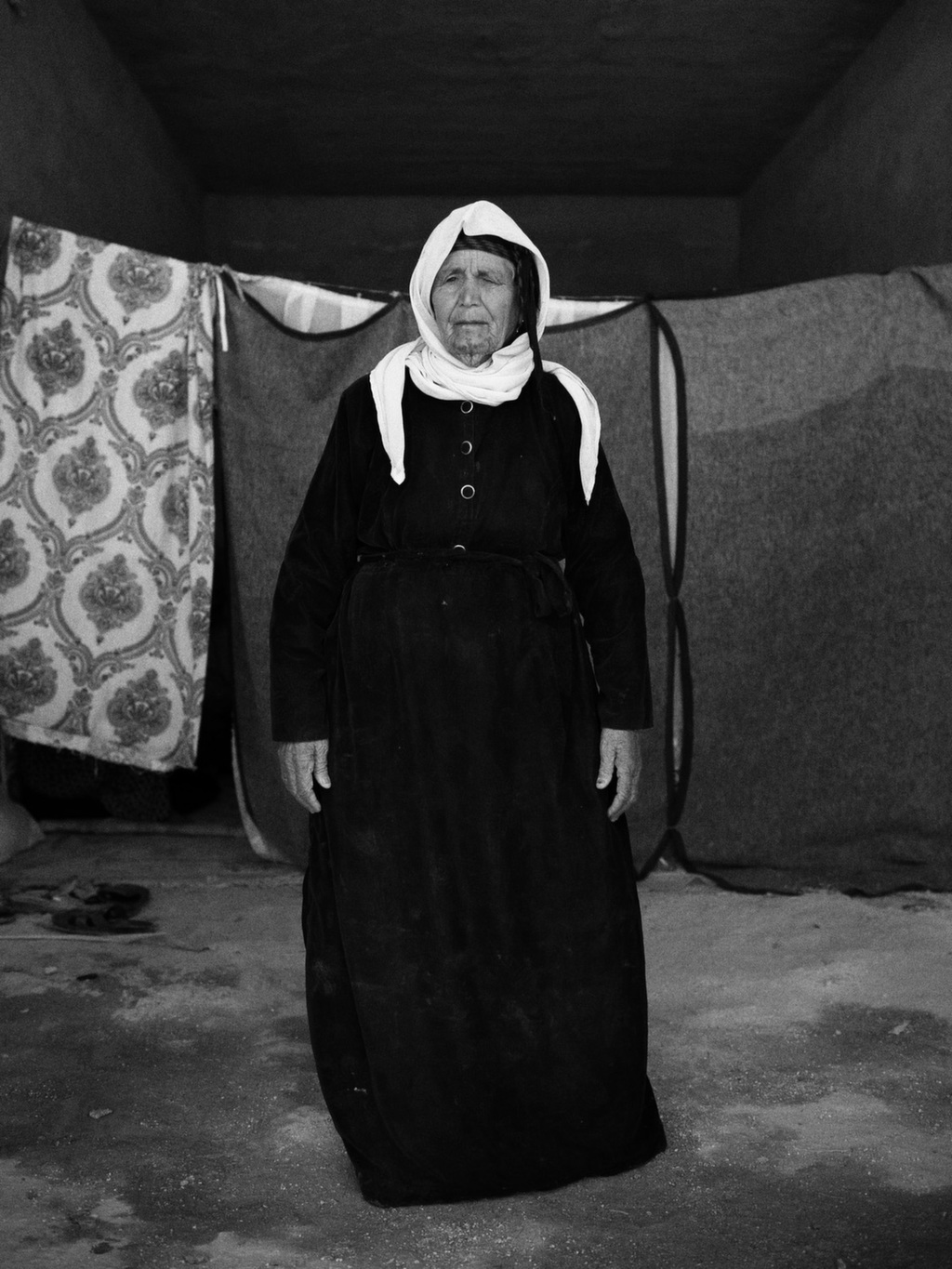 Nazi Shahim, 45, from Kobani. Her son-in-law, Muhamad Xan Ahmad, 20, was killed fighting with the YPG against IS militants.

Fatma Ismail, 40, from Kobani, left her husband, Ahmad Ismail, 45, behind so he could continue to drive an ambulance for YPG fighters.

Maliha Ahmad (37), from Kobani, left her son Mohammad Ahmad (20) behind to fight with the YPG.

Arifa Mohammed Sulem (30), mother to four children, says she left her husband and their father, Ahmed Salem (35) behind to fight with the PKK.

Tazo Hamo Hassan Sekhani (72) from Kobani left her son Osman Ismail (40) behind to fight with the YPG.

Amina Diyar (60) left behind the graves of her cousins Khalil Diyar (22) and Hanafi Kado (20), both killed fighting with the YPG.

Samera Salim, 30, from Kobani has three children. She says she left her husband, Momad Hamo (35), behind to protect their "country, home and farm.”

Madiyna Fajer, 35, from Tallot, a village outside Kobani, left her husband Abdul Razzak Fajer behind to fight with the YPG.

Barrei Ahmad Mesto, 60, left her son Mustafa Ahmed Mesto, 30, behind to fight with the YPG.

Amin Fajer, 37, from Kobani, left her husband Abdul Fajer, 50, behind to fight with the YPG.

Shamsa Mustafa Ibrahim, 50, left her son Kholisi Khalil, 25, behind to fight with the YPG.

Zahida Shekho, 70, left her son Ziad behind to fight with the YPG.

The young couple and their neighbors like them, Syrian Kurds, had settled into the monotony of their new daily routine as refugees, drinking tea in the shade of roughly 100 tents just like theirs in an empty lot in Suruç -- a medium sized town a little over three miles into Turkey from the Syrian border.

That morning Aref had taken her children to use the bathroom – a half completed building of bare concrete and protruding steel hastily out-fitted with portable toilets for the influx from Kobani. When they returned to their tent, Ibrahim, Aref’s husband of five years, was gone. He’d gone back to fight for Kobani, their home, and the latest focal point in the Islamic State’s brutal sweep across the region.

Ibrahim would join an unknown number of fighters defending the city with People’s Protection Units (commonly known as the YPG) -- the armed wing of the Kurdish Supreme Committee of Syrian Kurdistan. They are vastly ill equipped and out-gunned to fend off the IS offensive, and their calls for international assistance (for weapons) have so far gone unheeded.

Aref is among the countless thousands of women who have crossed into Turkey with only what little they could carry. Many have waited weeks on the Syrian side of the border. After finally reaching the bottlenecked border gate, they’re funneled through to the Turkish side where they undergo a series of health and security checks before being deposited on to a dusty plain where they then must wait for trucks to collect them. Where they trucks will deliver them, however, is unknown.

The women and children, like Aref and her sons, sit with piles of white sacks filled with clothes and other necessities. Many are overcome by their hasty exodus from Kobani and all the uncertainty that await -- unsure whether they’ll ever see their homes, or their men -- their boys -- again.

How is President Joe Biden’s White House staving off the current economic crisis? What has been the impact of U.S. sanctions on the Russian economy, and how can the United States do more t...Show moreo impact Russia’s plans in its war? What strategies are in place to get inflation down, and when will the global economy feel the effects of the White House’s plans?   The U.S. Treasury’s No. 2 official, Wally Adeyemo, joined Ravi Agrawal on FP Live to discuss the current challenges to the world economy, the impact of the war in Ukraine, and much else.

The new British government is an economic disaster—and a symbol of a global political crisis.