You Should Still Be Scared of Pyongyang

It has been 18 months since North Korea’s last major provocation, a nuclear test in February 2013. Aside from periodic rhetorical outbursts from Pyongyang that the world has come to know and love, North Korea has since then been surprisingly quiet: no nuclear tests, no long-range rocket tests, and no attacks on South Korea. Leader Kim Jong Un remains AWOL. And over the weekend of Oct. 4, North Korea’s No. 2 official, Hwang Pyong So, met with his South Korean counterparts — a rare high-level exchange between the two sides. What accounts for Pyongyang’s relatively good behavior?

Secretary of State John Kerry has claimed that the U.S. policy of “strategic patience” — intended to teach North Korea to stop breaking bad by isolating and pressuring the North — is why Pyongyang has been unusually quiet. But nothing could be further from the truth. There is a lot going on beneath the surface that points to serious dangers just over the horizon that will only get worse if the United States continues its standoffish policy.

Here are five developments the United States should worry about.

1. North Korea has upgraded its main rocket-launch site: A year of major construction at the site used to launch a long-range rocket in December 2012 seems to be finishing, clearing the decks for more launches if Kim Jong Un gives the word. A key project has been improving the launchpad and gantry so it can fire a rocket up to 50 meters tall — 20 percent taller than the ones launched in 2012 — and with greater range. Additionally, North Korean workers painted new metal parts of the tower with rust-resilient primer paint. A launch seems unlikely in the near term, since the new rocket is probably still in development. But the rocket tested in 2012 is ready to go — and it could be launched by the end of 2014 if Kim gives the order, triggering a new crisis on the peninsula. 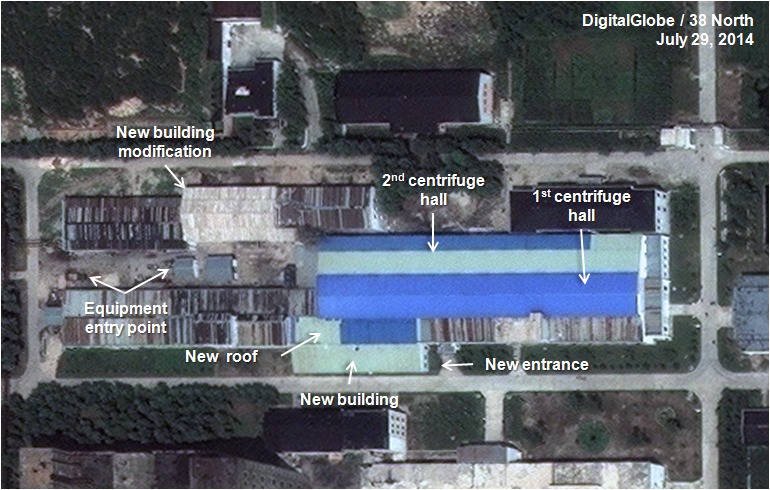 Figure 2. Construction at the uranium enrichment plant at Yongbyon.

2. North Korea is ramping up fissile material production for a growing stockpile of nuclear weapons: Pyongyang appears to be finishing a significant construction program to double the size of a new uranium enrichment plant at its Yongbyon nuclear research complex. As a result, the facility, able to produce highly enriched uranium for nuclear bombs, could churn out twice as much fissile material in the future. While satellite imagery cannot peer inside the plant, the North Koreans appear to have been installing new centrifuges key to the production process. There have been movements of crates and boxes sighted around the facility — a sign that work is going on inside — and long, narrow crates have been spotted that may contain the centrifuges themselves. According to nuclear expert David Albright, an expansion of North Korea’s uranium production capacity could allow it to build a much larger nuclear stockpile than the fewer than 10 weapons it is believed to have today. 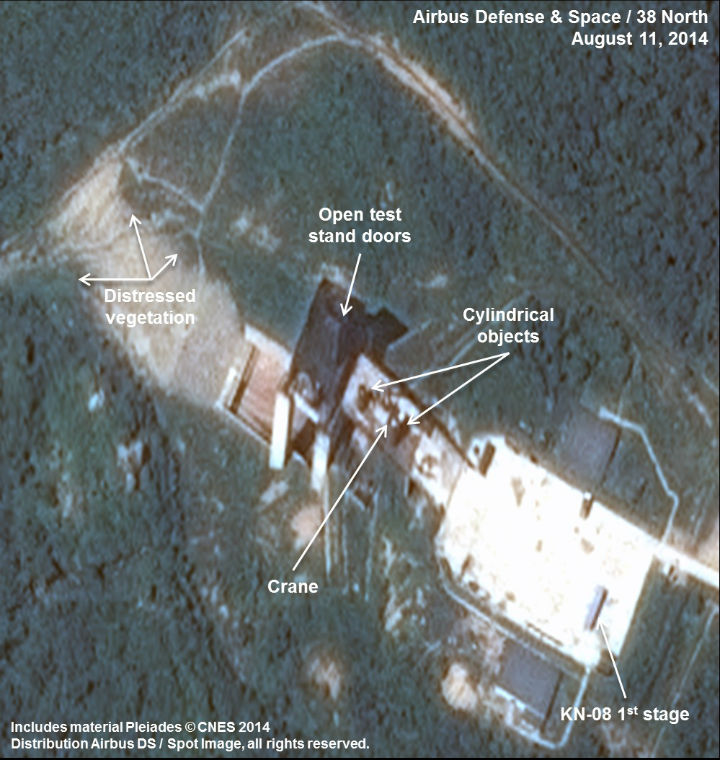 3. Development of a mobile intercontinental ballistic missile (ICBM) has reached a new stage: While there may not have been any full-scale long-range rocket launches since 2012, Pyongyang has been inching along in developing a mobile ICBM — one that can be transported and launched from a large truck. Over the past two years, North Korea has conducted a series of rocket engine tests for this weapon (which Western intelligence agencies call the KN-08), which can reach the United States. In August, satellites caught the aftermath of the most recent engine test at Pyongyang’s Sohae facility. (Signs at the test area, including burnt vegetation, open doors on the stand where an engine would be horizontally mounted during a test, and the presence of the first stage of the KN-08 rocket indicate that a test took place.) It is unknown how successful these tests have been — so there may be more to come.

Pyongyang still has a long way to go before it can field a working ICBM. After the rocket engine tests, North Korea will also need to conduct full-scale launches of the KN-08. Each engine test may bring it a step closer to fielding an operational weapon.

4. Perfecting solid-fuel technology for its missiles: While largely escaping public notice, a series of short-range ballistic missile tests that took place during the summer of 2014 could signal a major technical advance for North Korea’s missile force: the development of solid-fuel technology. Pyongyang’s missiles need to sit still for hours before their tanks can be filled with liquid fuel, leaving them vulnerable to attack and destruction. Solid-fuel missiles, however, would be ready for a quick launch once Kim gives the order and, as a result, will be much more survivable. While Pyongyang’s homegrown version of a Soviet missile — first deployed in the 1970s by the USSR — could endanger key targets in South Korea, the new technology may be used in future generations of longer-range weapons threatening other countries, including the United States.

5. Molybdenum production is growing: A mineral important in modern metallurgic and high-tech industrial production, molybdenum is a key ingredient in building weapons of mass destruction and ballistic missiles, as well as armor for conventional military vehicles and artillery. Global production has expanded rapidly over the past decade, with the price skyrocketing about 500 percent, making North Korea’s reserve of roughly 56,000 tons a valuable commodity. Pyongyang is ramping up production with the recent completion of a factory at the March 5 Youth Mine, a showcase 2,500-acre facility near the Chinese border.

Molybdenum is also an important part of North Korea’s growing economic ties with China. Pyongyang exports the overwhelming majority of its molybdenum to Beijing, taking in handsome foreign currency earnings while allowing China to maintain a dominant role in influencing the commodity’s price on the world market.

These are just a few signs of an increasingly grim reality. As the Obama administration holds firm to its so-called principled approach in dealing with North Korea, its inaction has served as tacit approval of Pyongyang’s development of weapons of mass destruction and ballistic missiles. As Washington has found in other parts of the world, ignoring a problem will not make it go away.

A version of this article appeared in 38 North, a website devoted to analysis of North Korea.