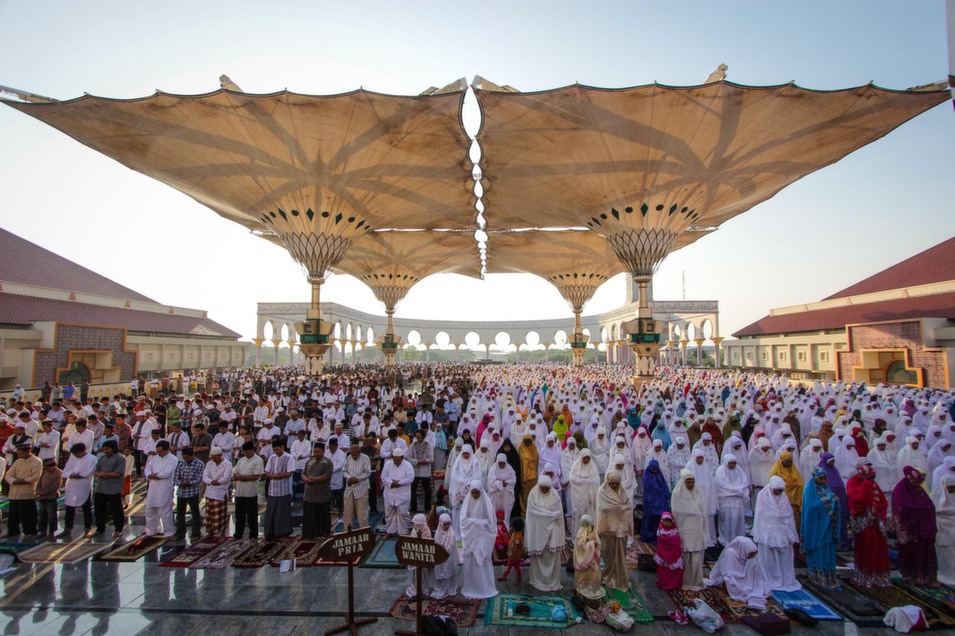 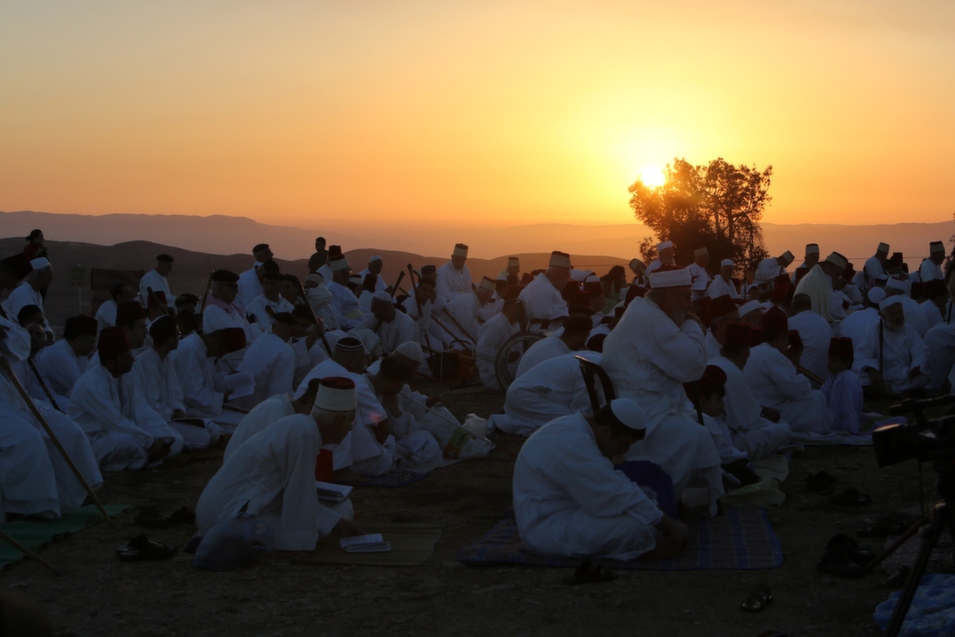 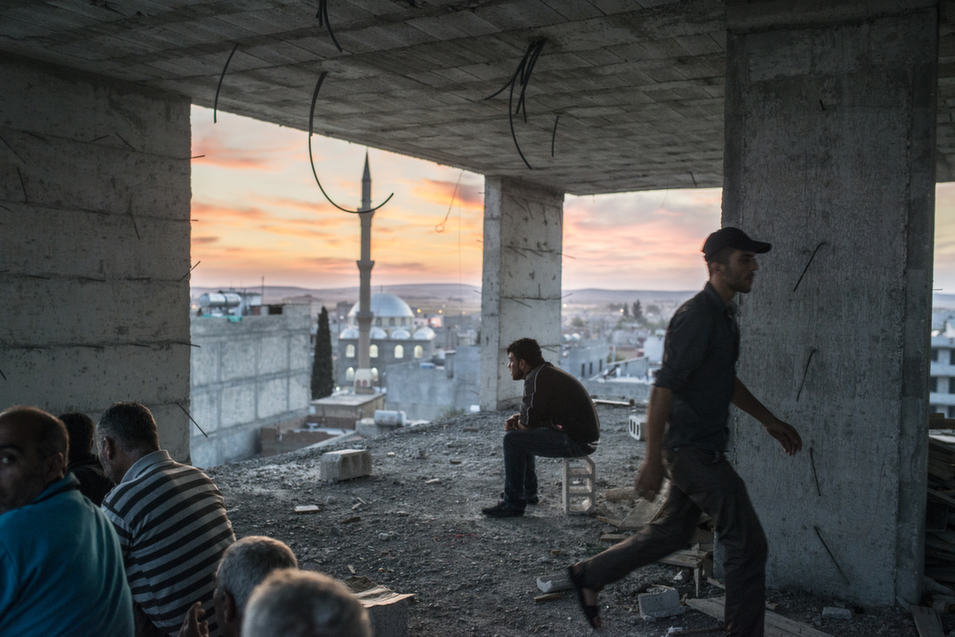 Syrian Kurds who crossed into Turkey to flee an Islamic State advance rest in a building under construction in Sanliurfa, Oct. 09. FP’s Elias Groll looked at the ongoing crisis on the Turkey-Syria border through a set of maps focusing on the embattled Syrian city of Kobani. 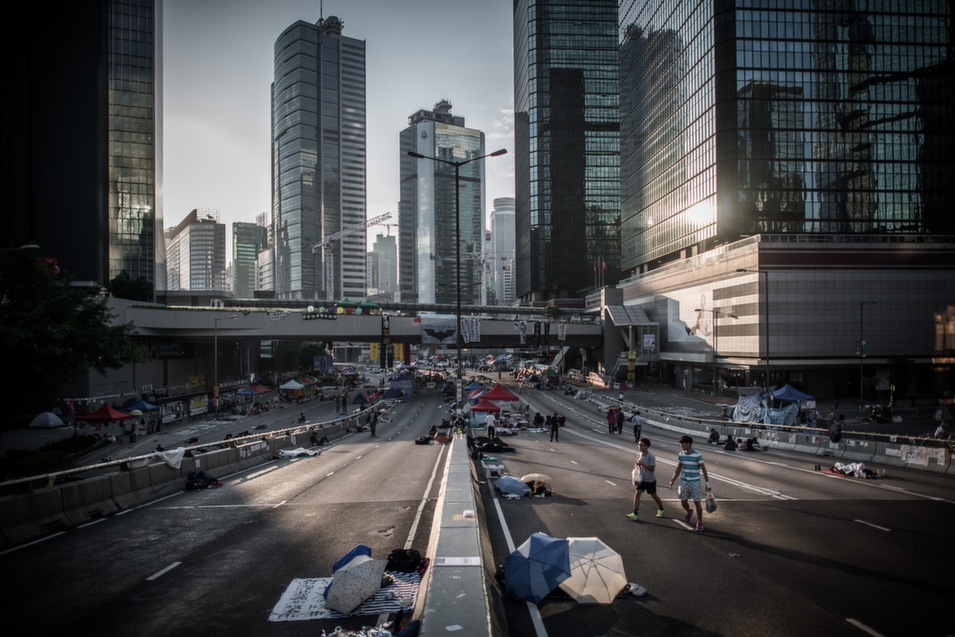 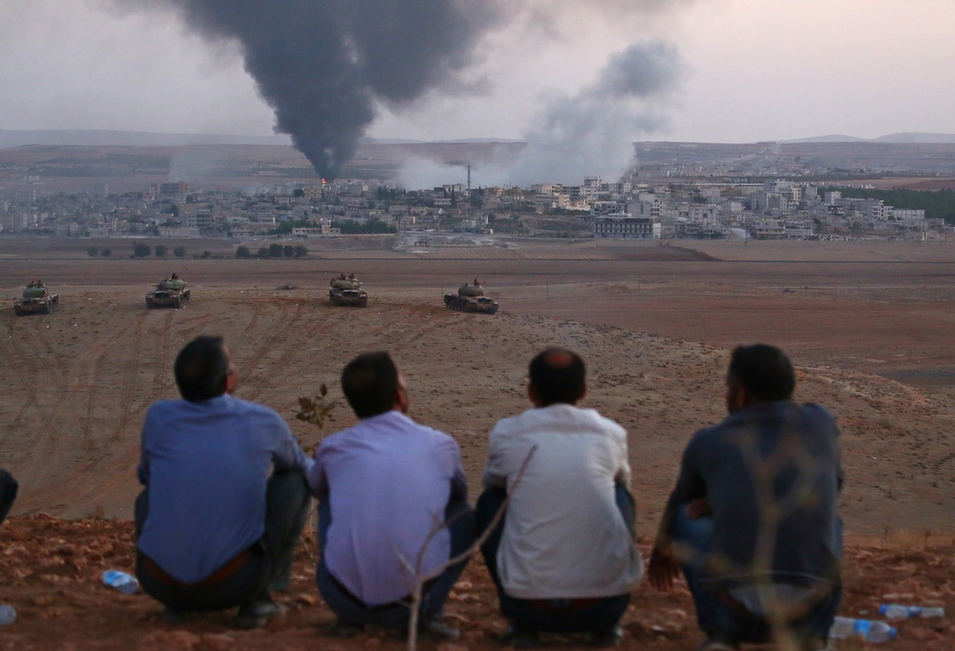 Turks watch smoke rise from the Syrian city of Kobani during clashes between Islamic State militants and Kurdish groups, Oct. 9. For an intimate look at some of those affected by the violence in Kobani, see photojournalist Andrew Quilty’s portraits of the city’s female refugees, taken just across the border in Turkey. 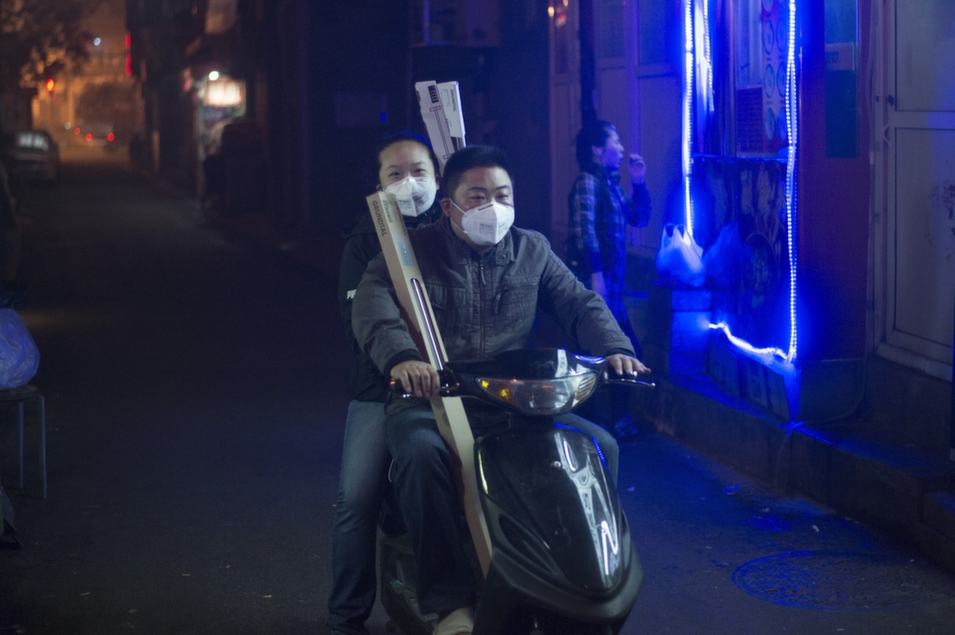 A couple on a motorbike wear face masks amid heavy smog in Beijing, Oct. 10. 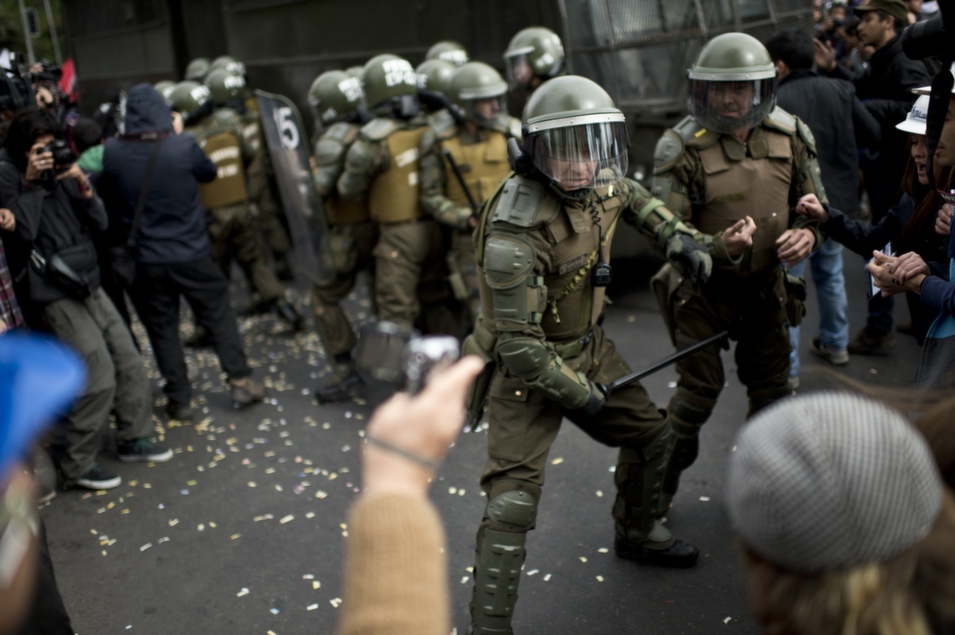 Students clash with riot police during a demonstration for improved public education in Santiago, Chile, Oct. 9. 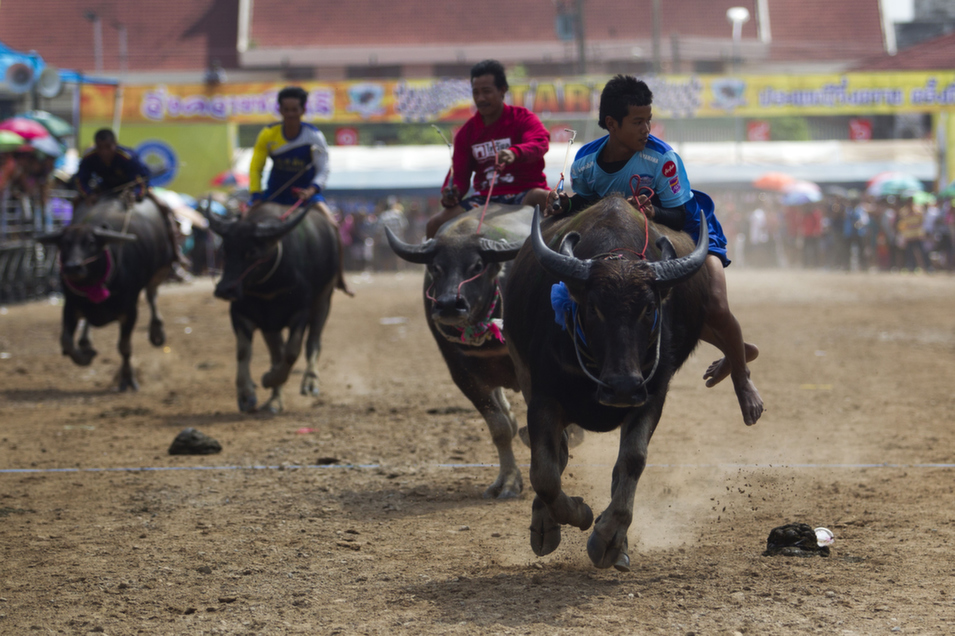 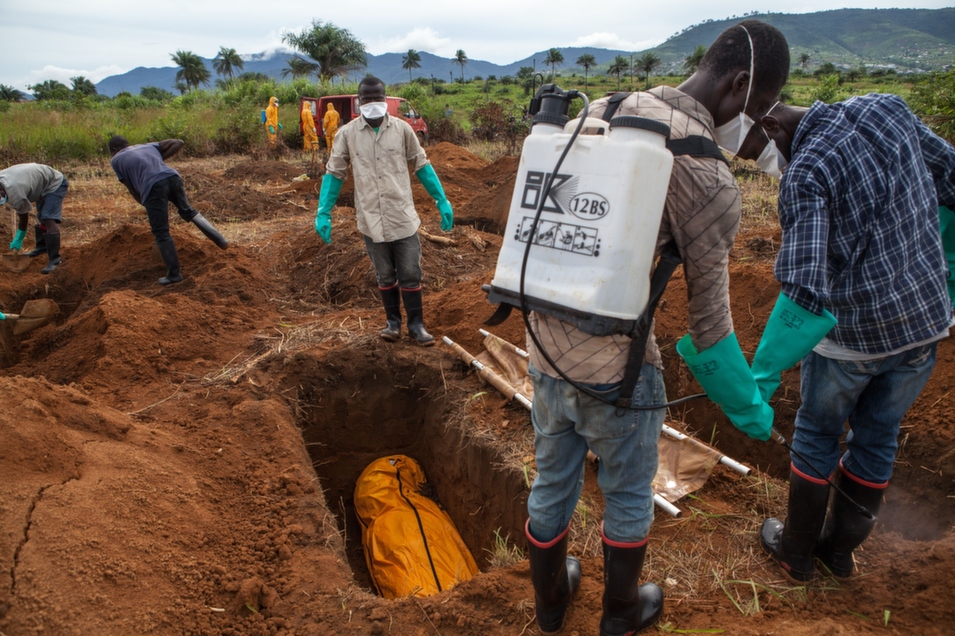 Volunteers disinfect themselves at a burial ground for Ebola victims in Waterloo, Liberia, Oct. 7. Laurie Garrett discussed potential containment strategies for the ongoing epidemic in a column for Foreign Policy. 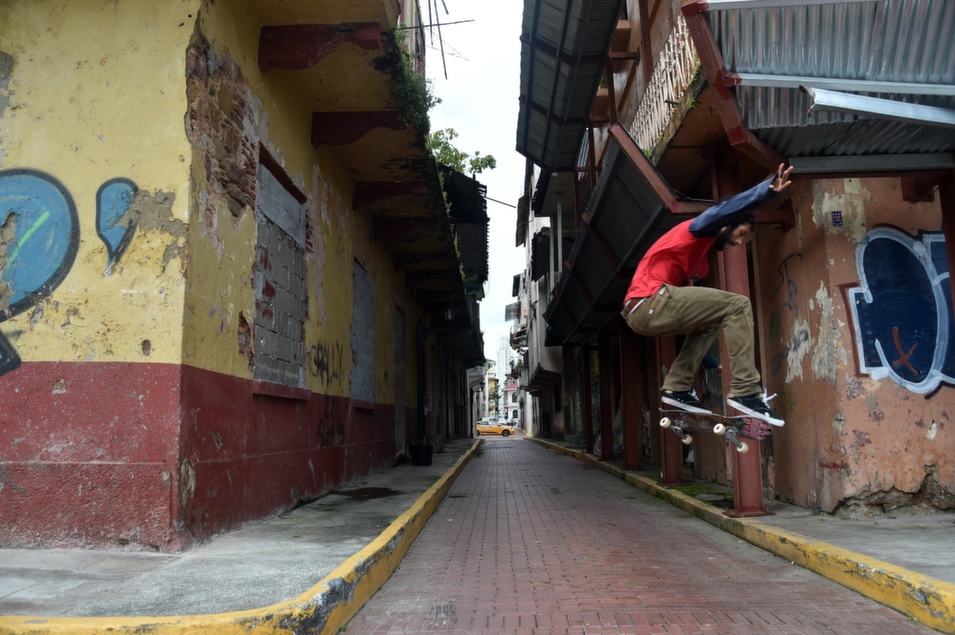 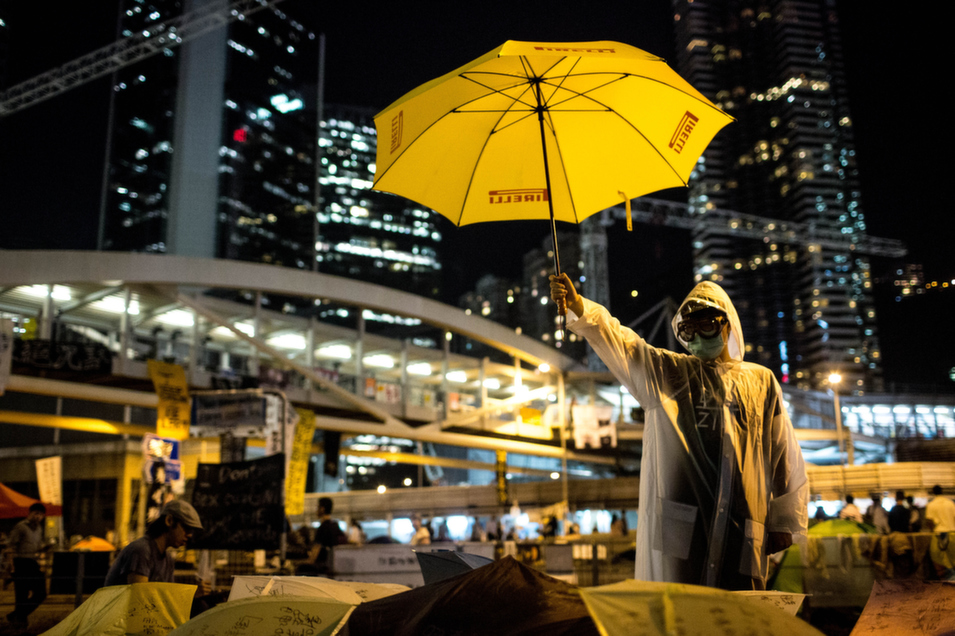 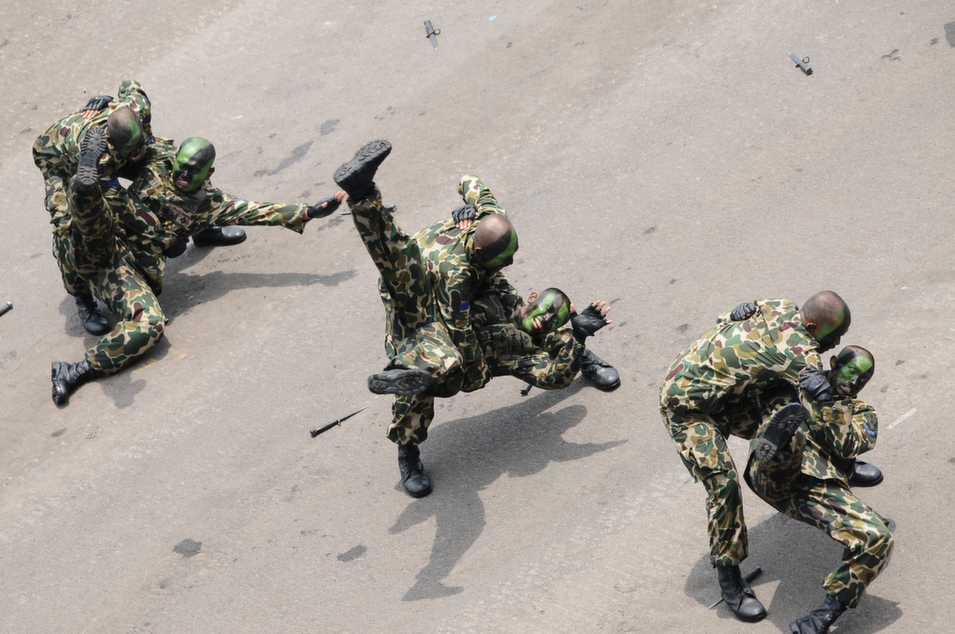 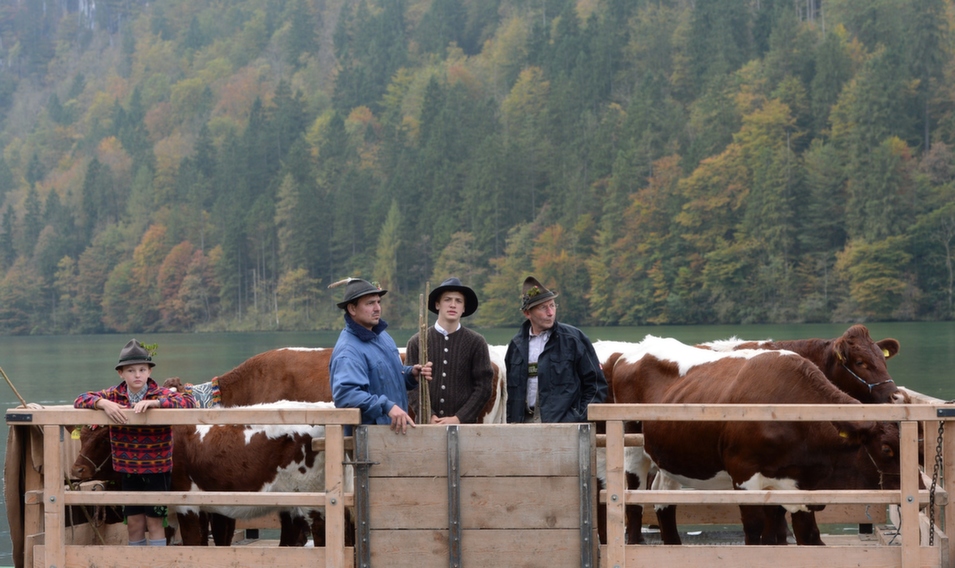 Farmers and their cattle stand on a float as they return from mountain pastures on Lake Königssee, in the German Alps, Oct. 6. 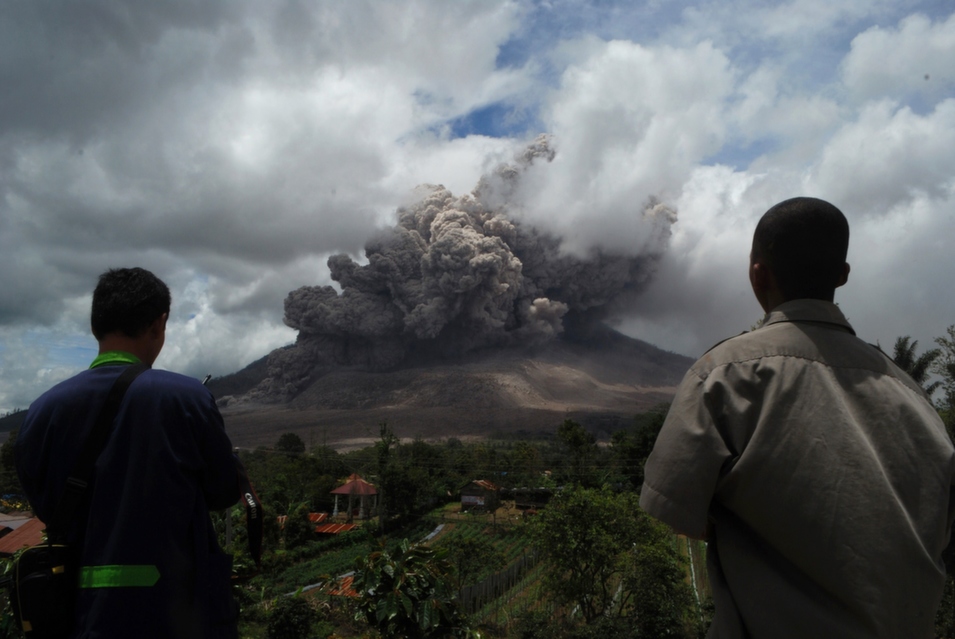 Men watch ash rise from the crater of Mount Sinabung during an eruption in Sumatra, Indonesia, Oct. 8. 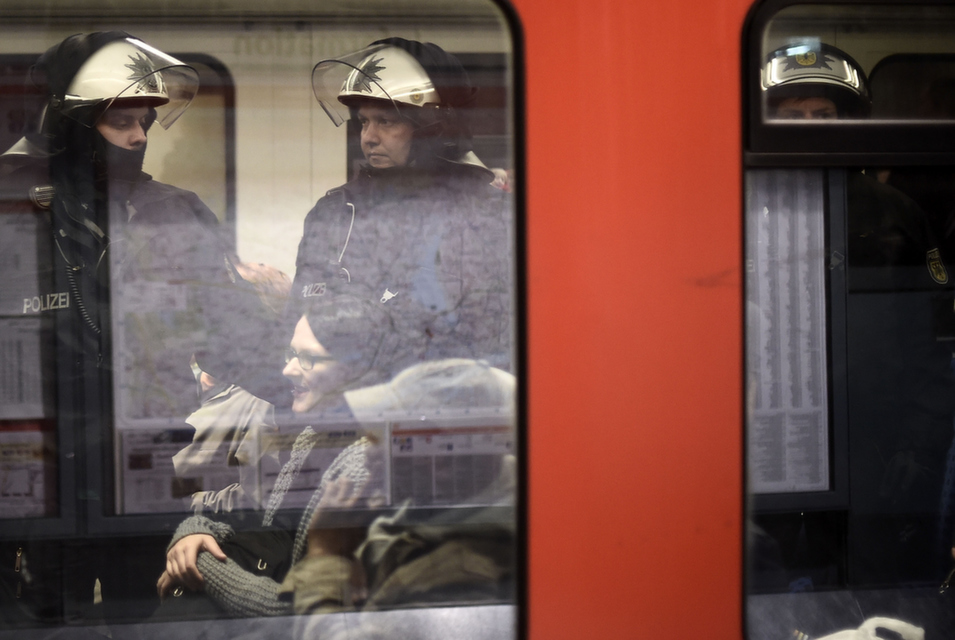 German anti-riot police secure a train in Hamburg during a rally against the Islamic State, Oct. 8. 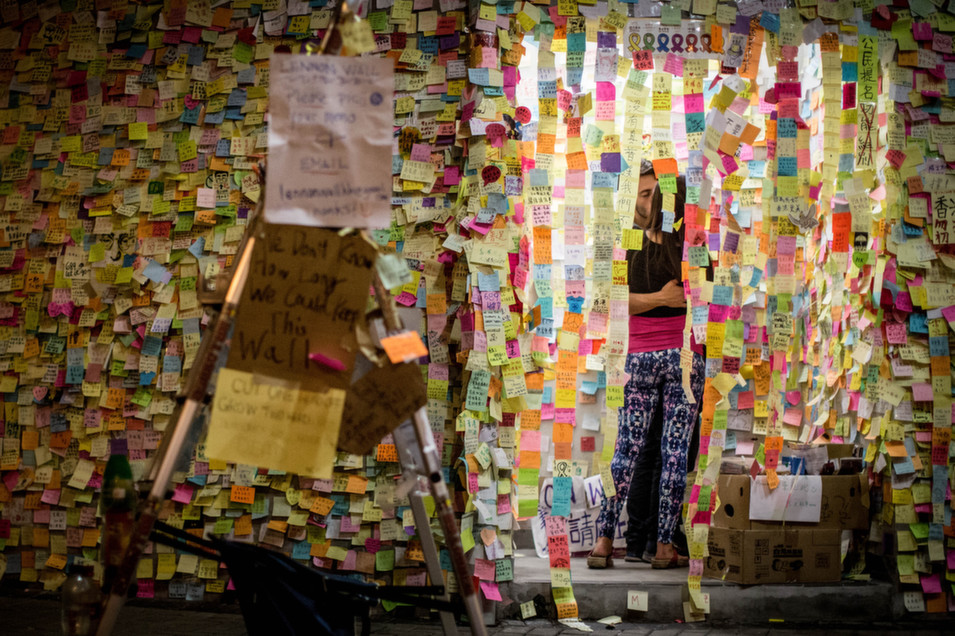 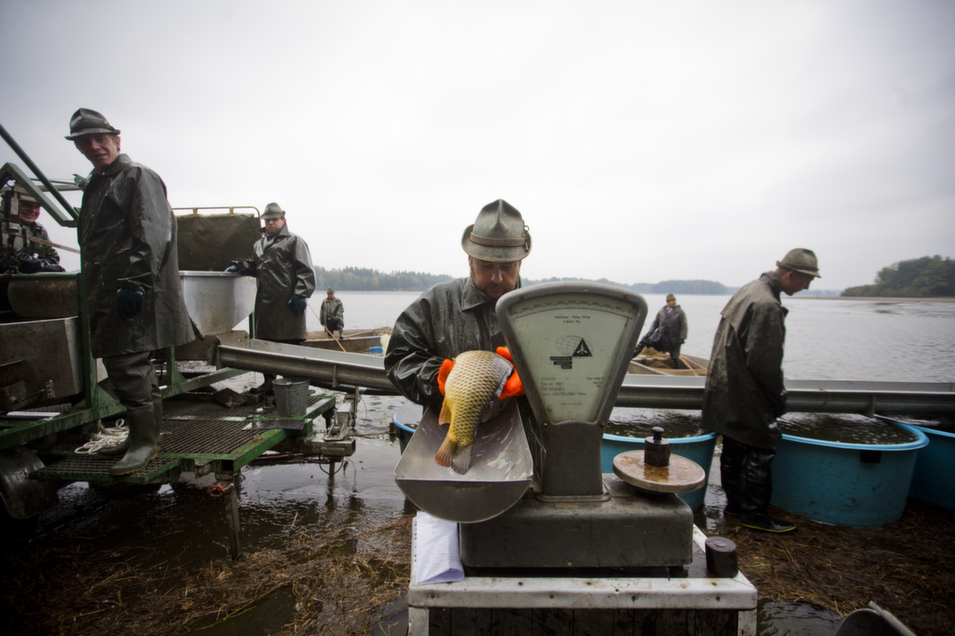 A fisherman weighs his catch during the traditional carp haul in Ponedraz, Czech Republic, Oct. 6. 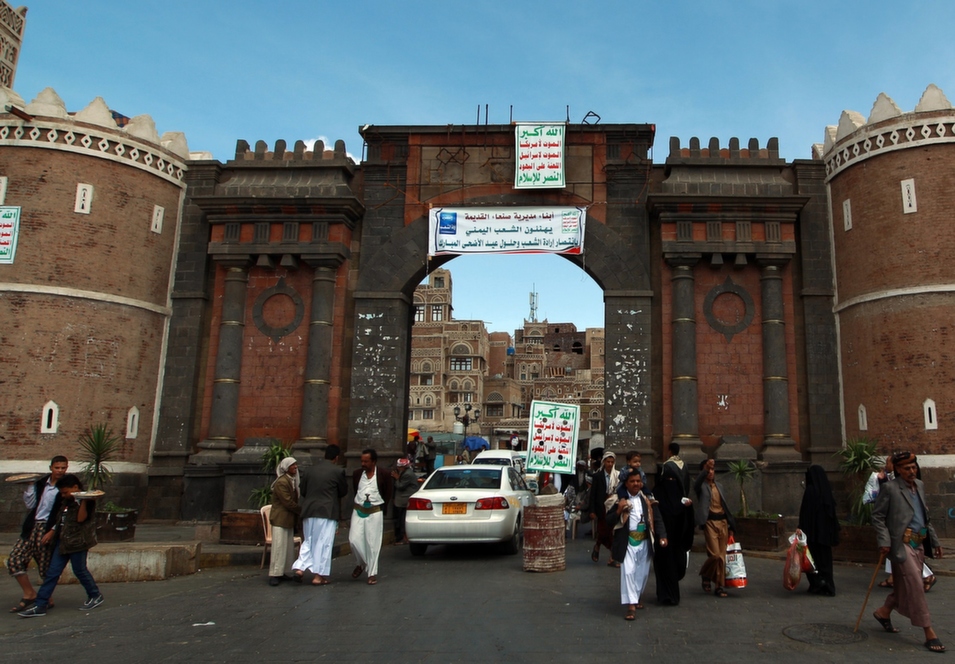 Yemenis walk through the main gate of the old city of Sanaa on Oct. 10, a day after a powerful suicide bombing ripped through the Yemeni capital, killing nearly 70 people. Amal Mudallali looked at Iran’s growing influence in Yemen in a recent column for Foreign Policy. 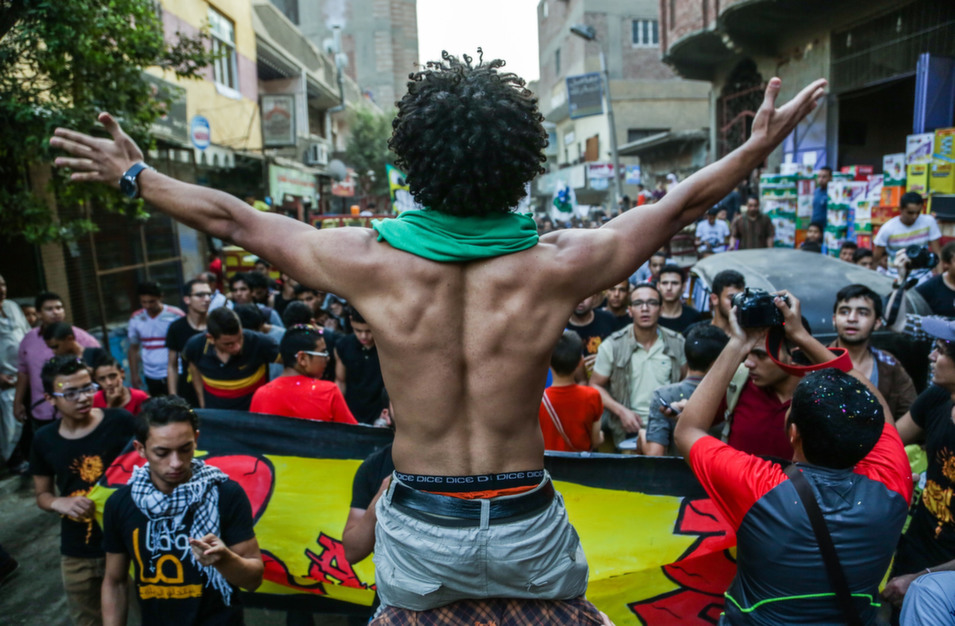 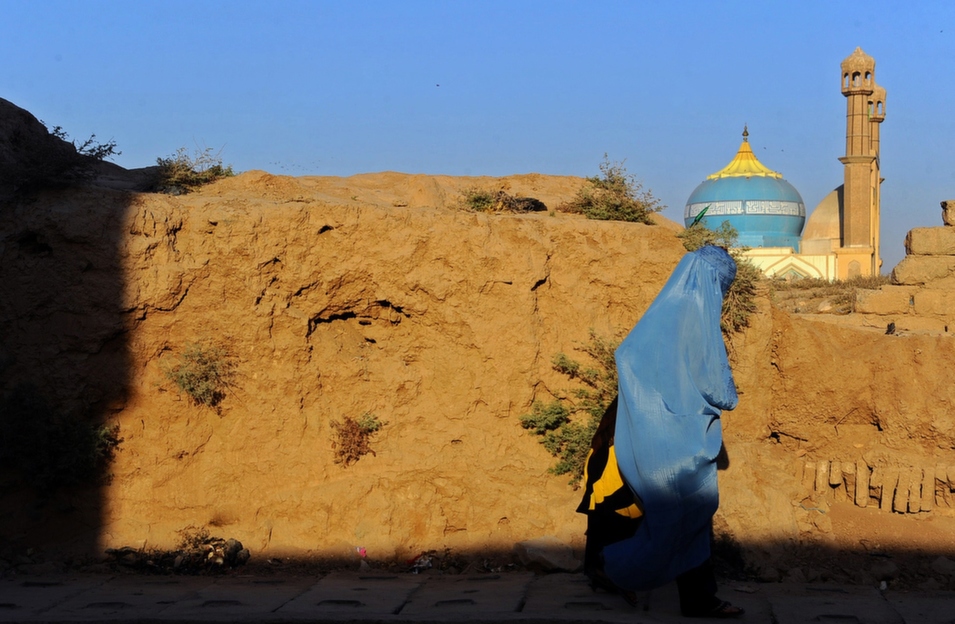 An Afghan woman walks along a road in Herat province, Oct. 9.