A wedding portrait at Hong Kong's protests; gas masks at Indonesia's presidential inauguration; and sunlight in an Egyptian temple. 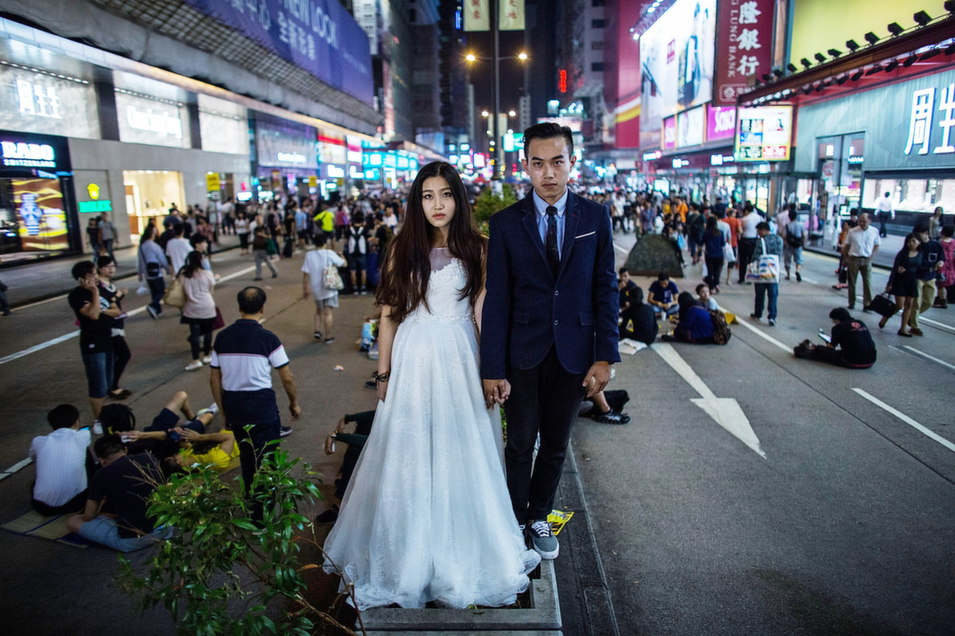 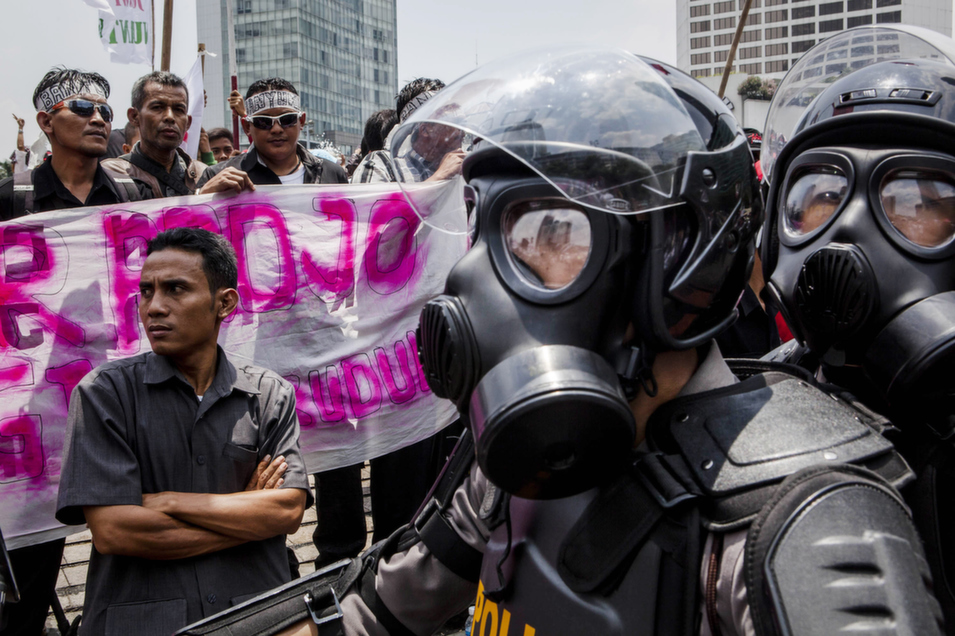 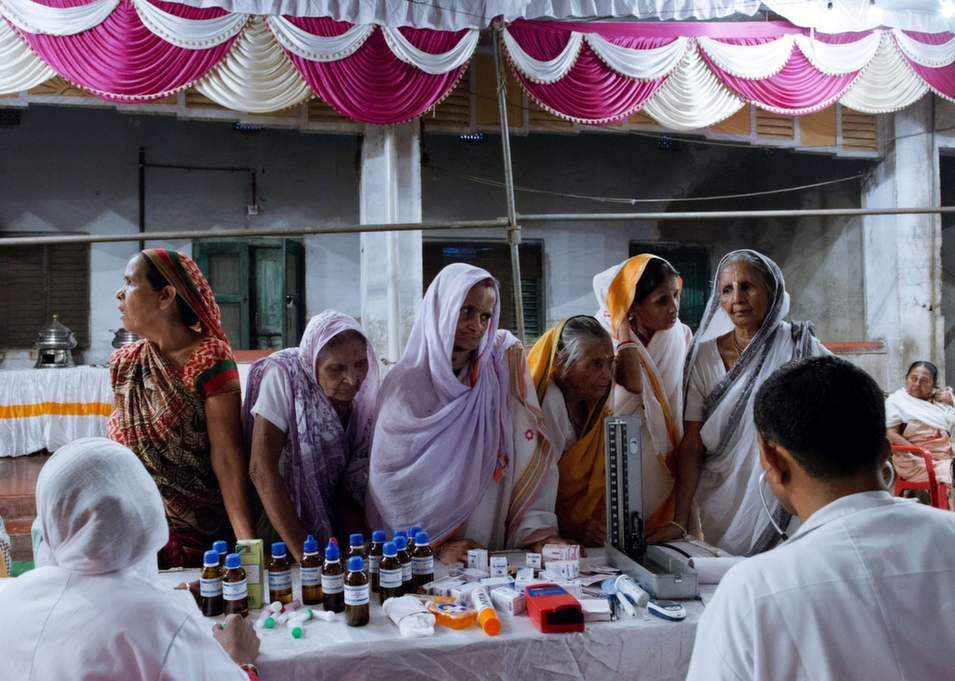 Widows wait to be seen by a doctor in the northern Indian town of Vrindavan, Oct. 21. 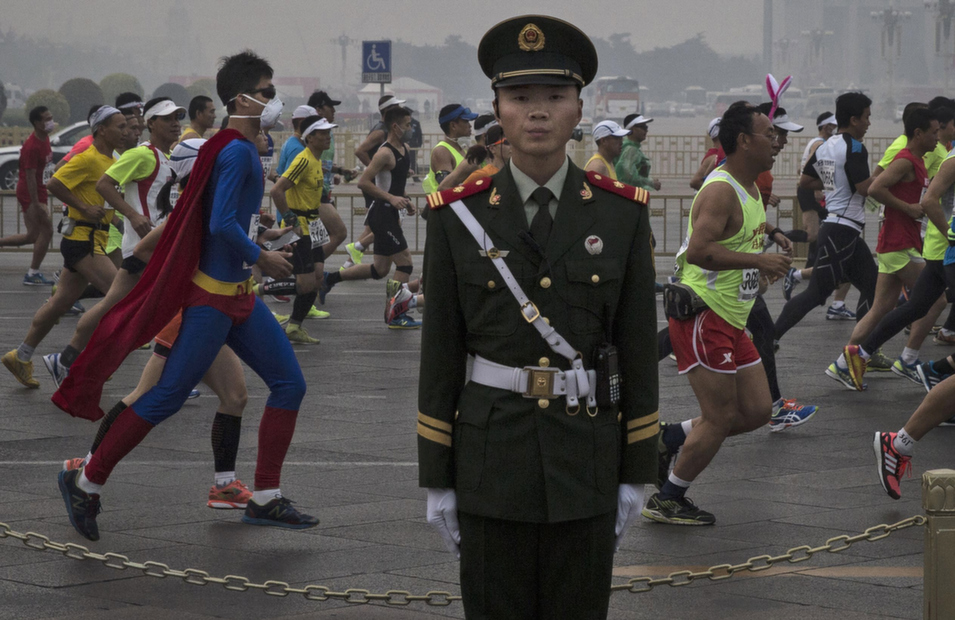 Participants in the Beijing Marathon, some wearing masks, run past a Chinese soldier near Tiananmen Square, Oct. 19. Check out Tea Leaf nation’s translation of a tongue-in-cheek article that went viral in China: “How to Take Great Photos While Surrounded by Chinese Smog.” 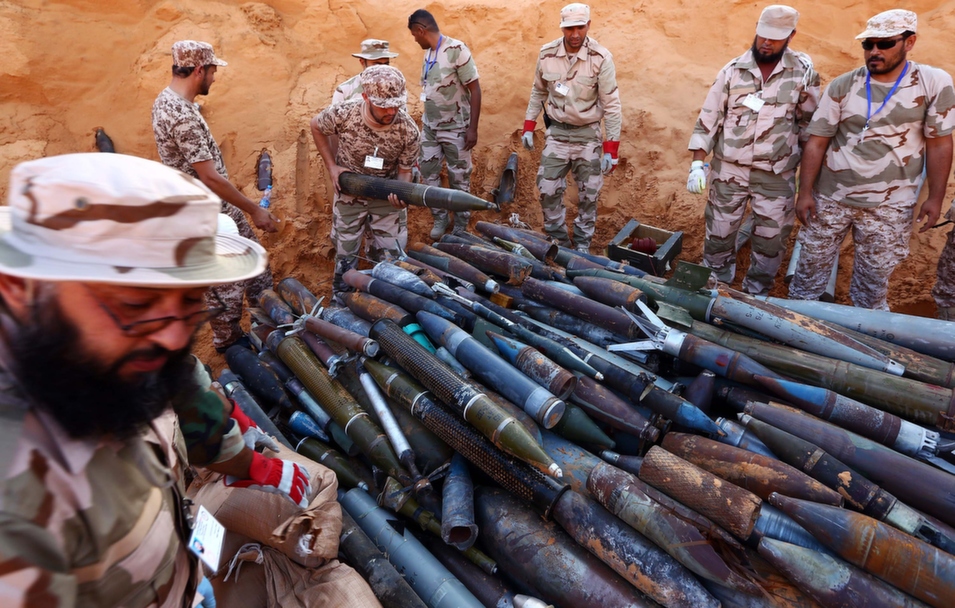 Members of Libya’s Military College of Engineering arrange unexploded munitions found near Libya’s international airport and slated for destruction on Oct. 19. “Coverage of Libya tends to focus these days on airstrikes, gun battles, and warring militias,” Mohamed Eljarh wrote in an Oct. 22 post for FP’s Democracy Lab. But Libya’s central bank, Eljarh writes, is also under pressure — and could “fall victim to the same conflict that is paralyzing the country’s political life.” 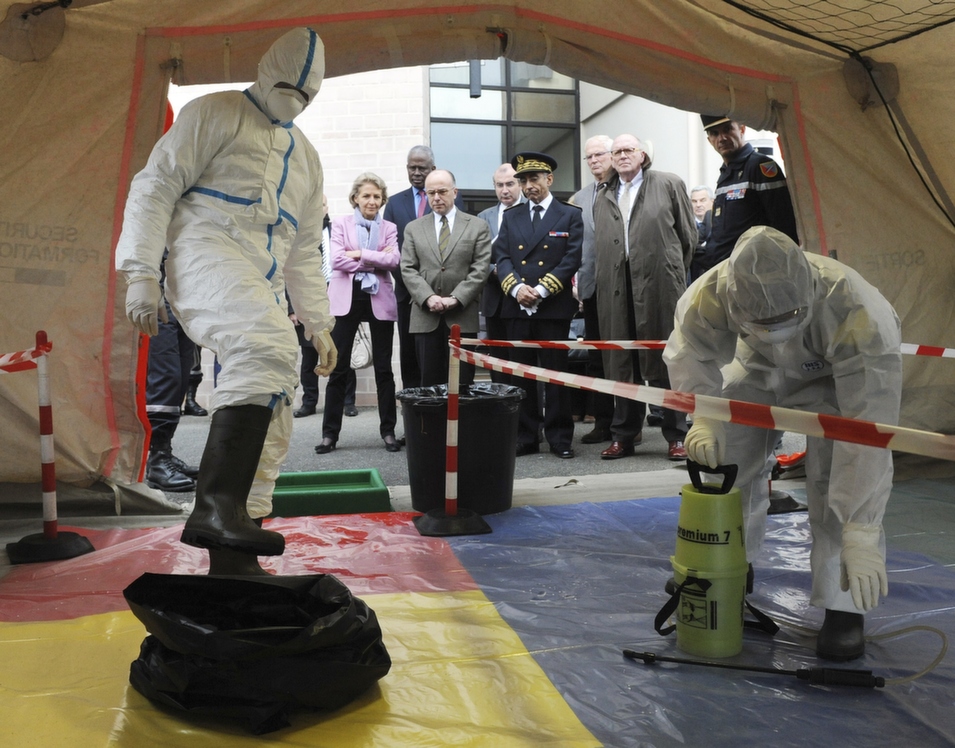 French Interior Minister Bernard Cazeneuve (third from left) and Guinean ambassador to France Amara Camara (second from left) watch members of a French Civil Defense unit at an Ebola simulation drill, Oct. 23. The French team will leave on Oct. 25 to train Guinean units fighting the country’s Ebola outbreak. FP’s David Francis covered Nigeria’s successful Ebola strategy — and the lessons it could provide for other at-risk countries — in an Oct. 20 article on Foreign Policy’s The Cable blog. 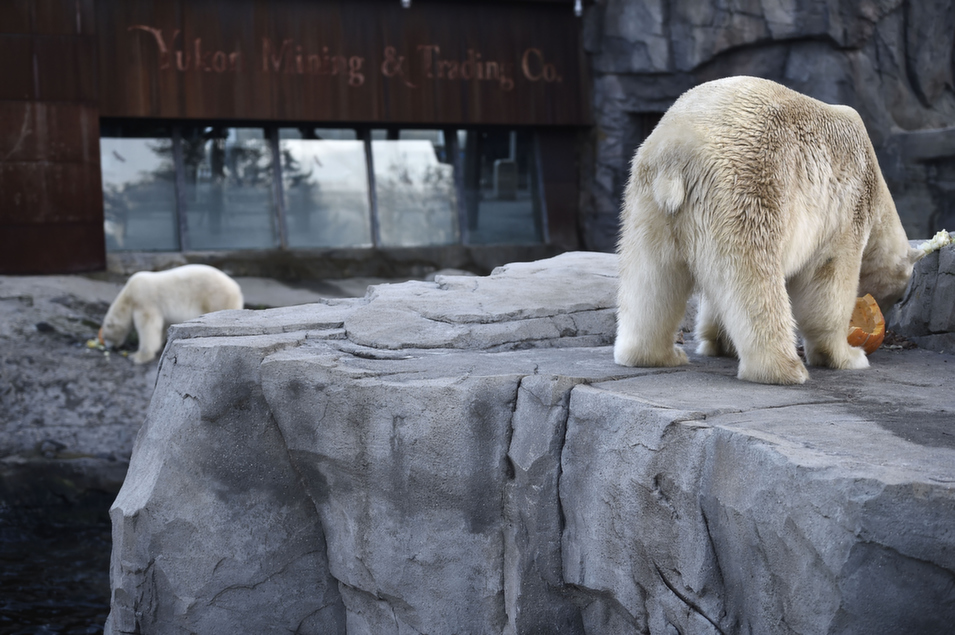 Polar bears at a zoo in Hanover, Germany, Oct. 23. 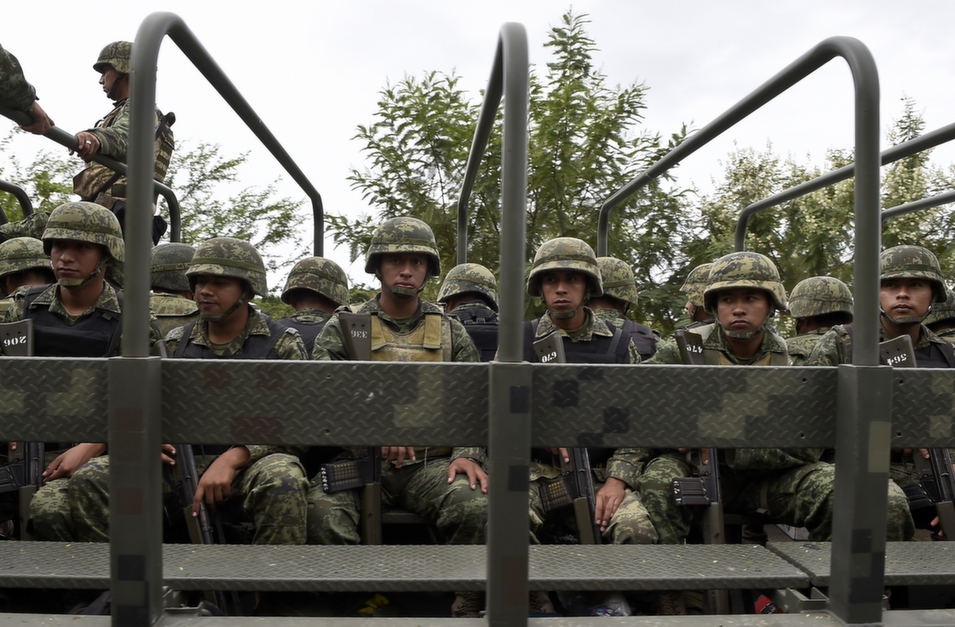 Members of the Mexican Army during a search for a group of students who have been missing since Sept. 26, in Guerrero State, Mexico, Oct. 19. 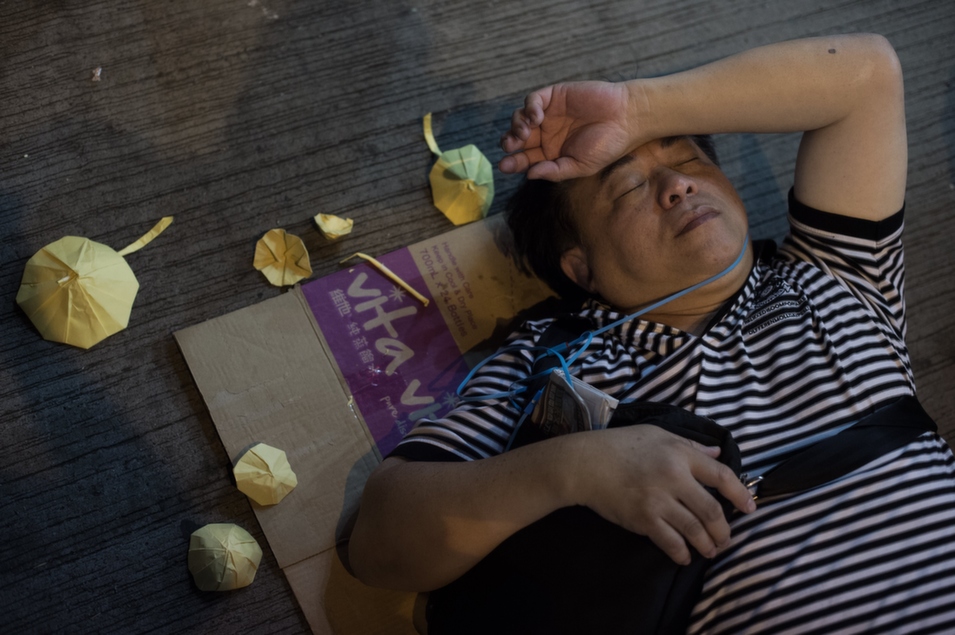 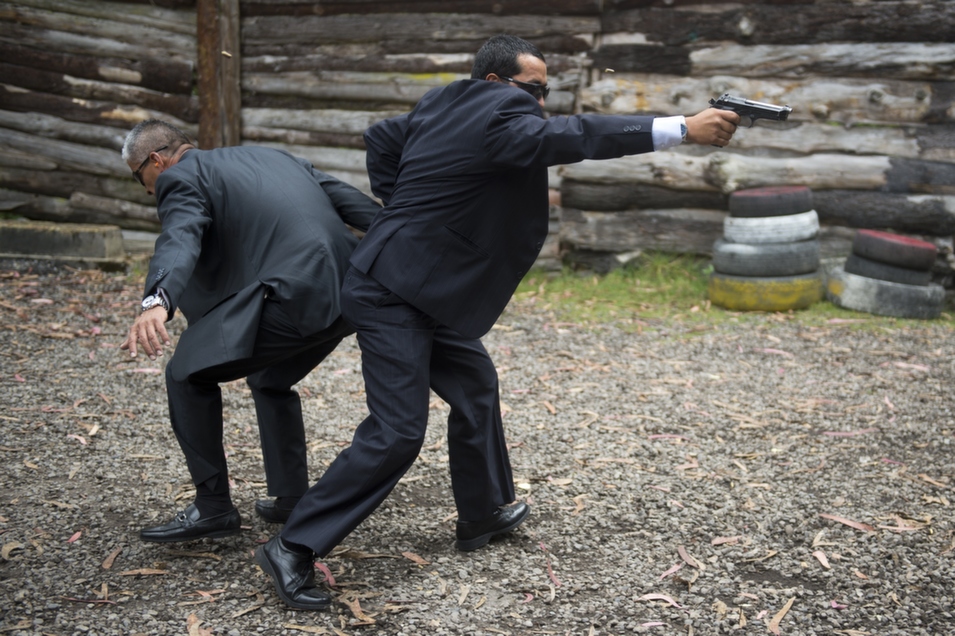 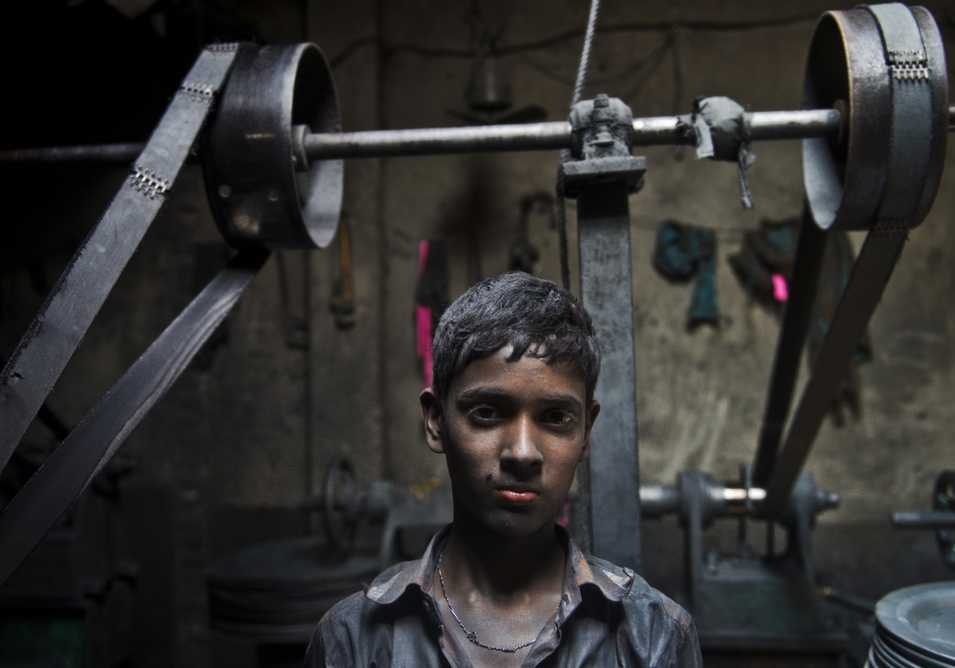 A Bangladeshi child laborer at an aluminum pot factory in Dhaka, Oct. 21. 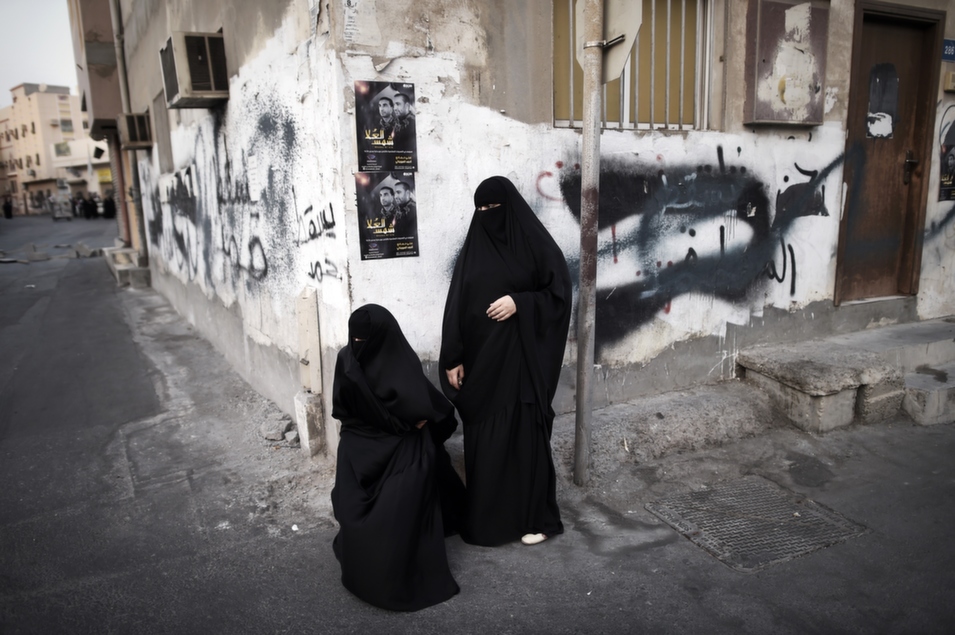 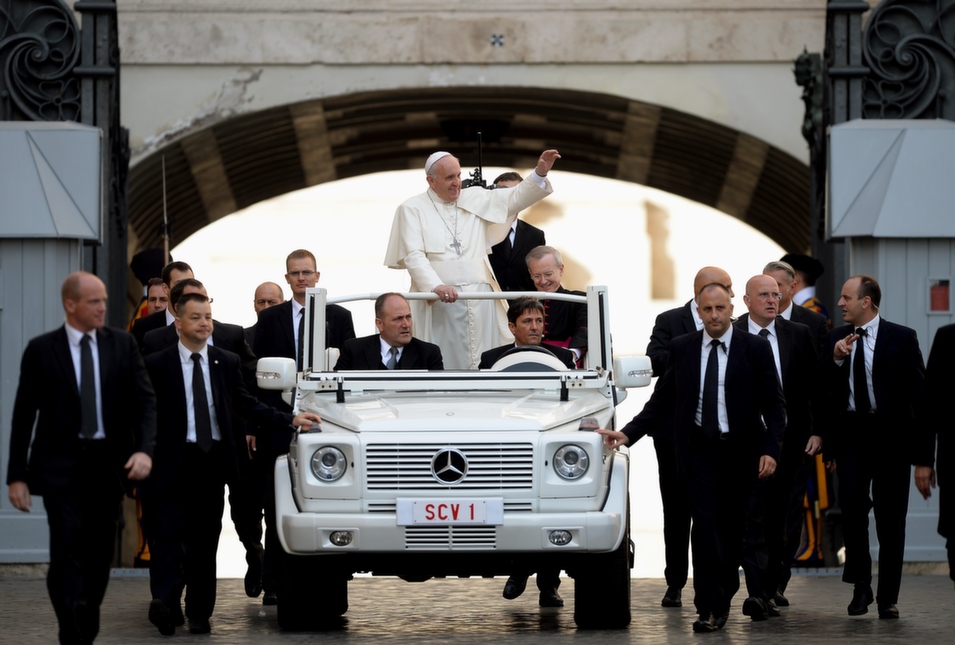 Pope Francis greets a crowd as he arrives for his weekly general audience in the Vatican, Oct. 22. 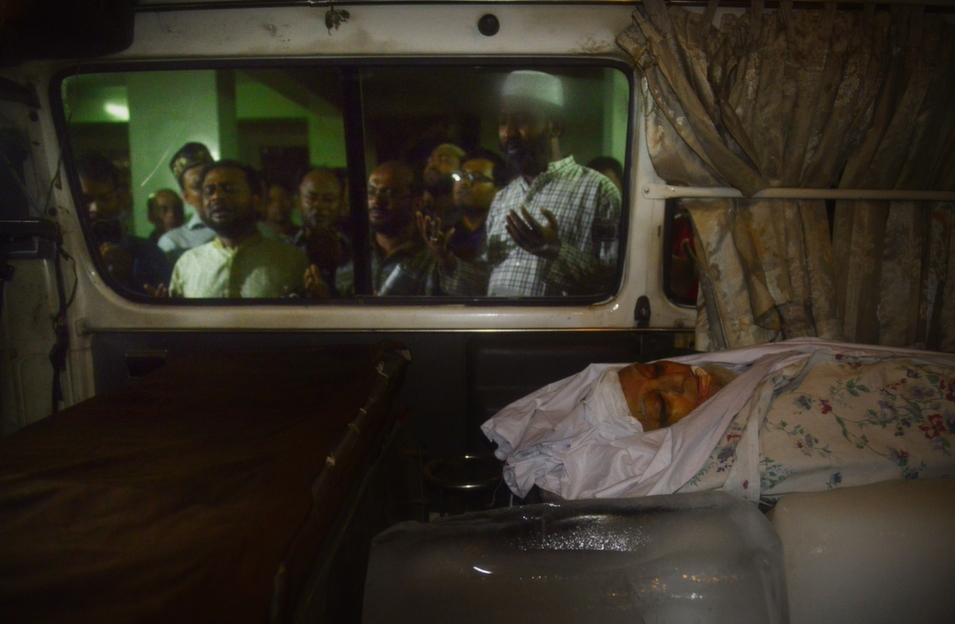 Bangladeshi activists and supporters of the Jamaat-e-Islami party offer prayers for former party leader Ghulam Azam as his body lies in a vehicle outside his home in Dhaka, Oct. 24. Azam was sentenced to prison in 2013 for his role in Bangladesh’s 1971 independence war and died in custody at a hospital, aged 93, on Oct. 23. 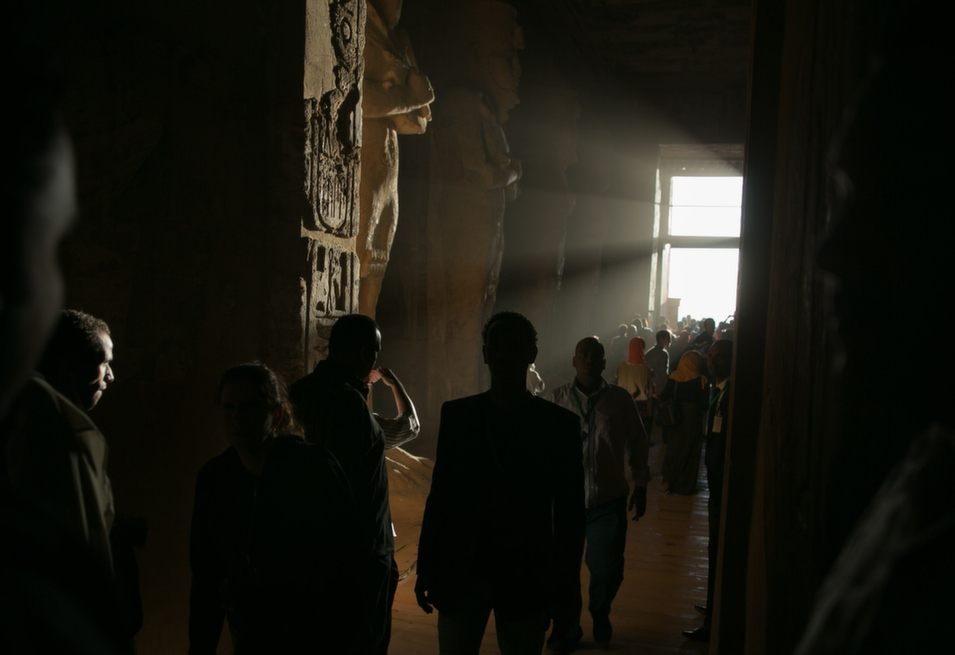 Tourists at Egypt’s Abu Simbel temples, Oct. 22. Twice each year, in October and February, sunlight enters the temple interior and illuminates the statues inside. 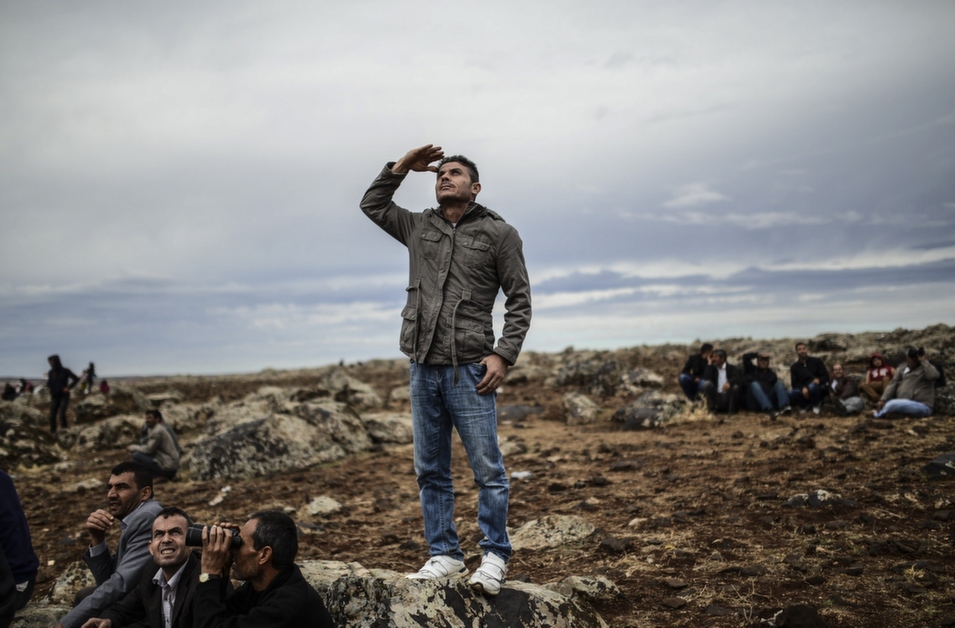 Kurds watch fighter jets over Kobani from Turkey’s southeastern Sanliurfa province, Oct. 19. “The United States has invested so much in saving Kobani,” Foreign Policy’s Kate Brannen and Gopal Ratnam report, “that its fall would hand the Islamic State a publicity win and deal a symbolic blow to the U.S.-led war effort.” 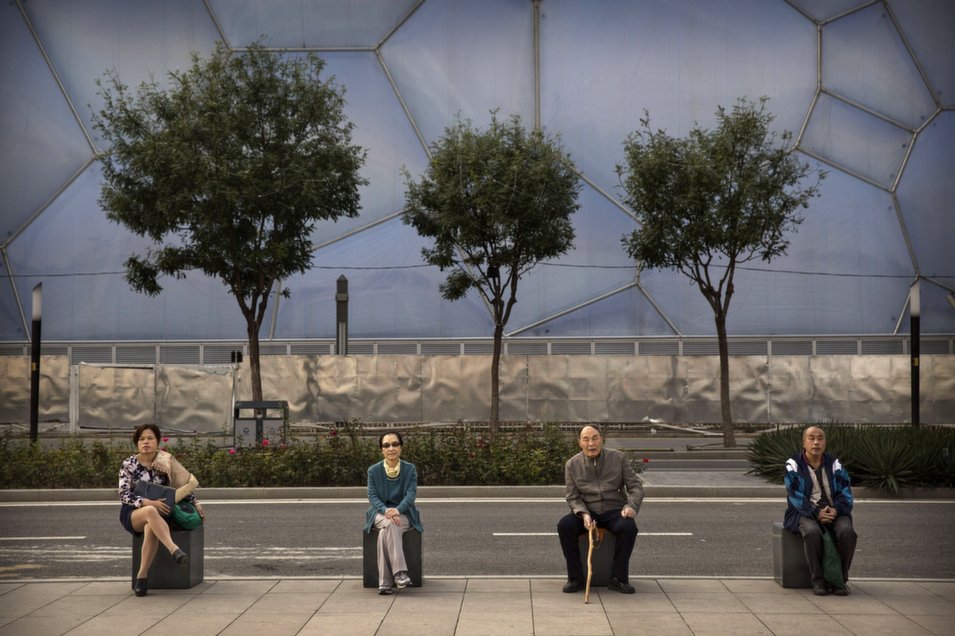