Bicycling in the dark in Douma, Syria; moving Hamburg's swans to their winter home; and opening the International Toilet Festival in New Delhi.

Protesters clash with riot police in Mexico City following a march responding to the disappearance and likely massacre of 43 Mexican students, Nov. 20. "In Iguala, the authorities showed a remarkable disregard for the fate of the students from the moment their ordeal began," Daniel Wilkinson writes for Foreign Policy. Read more from Wilkinson's "Law and Disorder in Mexico" here. 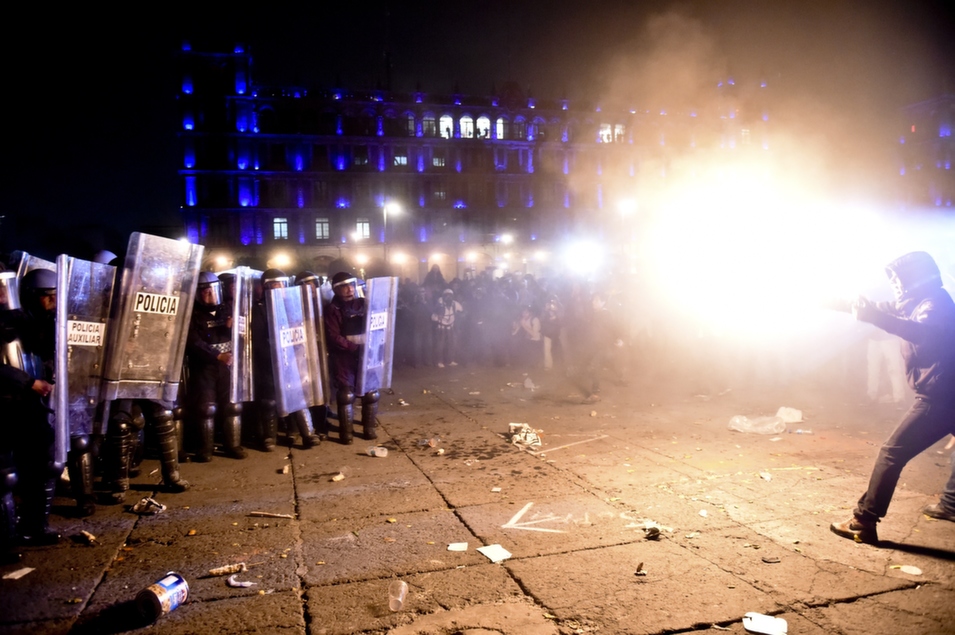 Protesters clash with riot police in Mexico City following a march responding to the disappearance and likely massacre of 43 Mexican students, Nov. 20. “In Iguala, the authorities showed a remarkable disregard for the fate of the students from the moment their ordeal began,” Daniel Wilkinson writes for Foreign Policy. Read more from Wilkinson’s “Law and Disorder in Mexico” here. 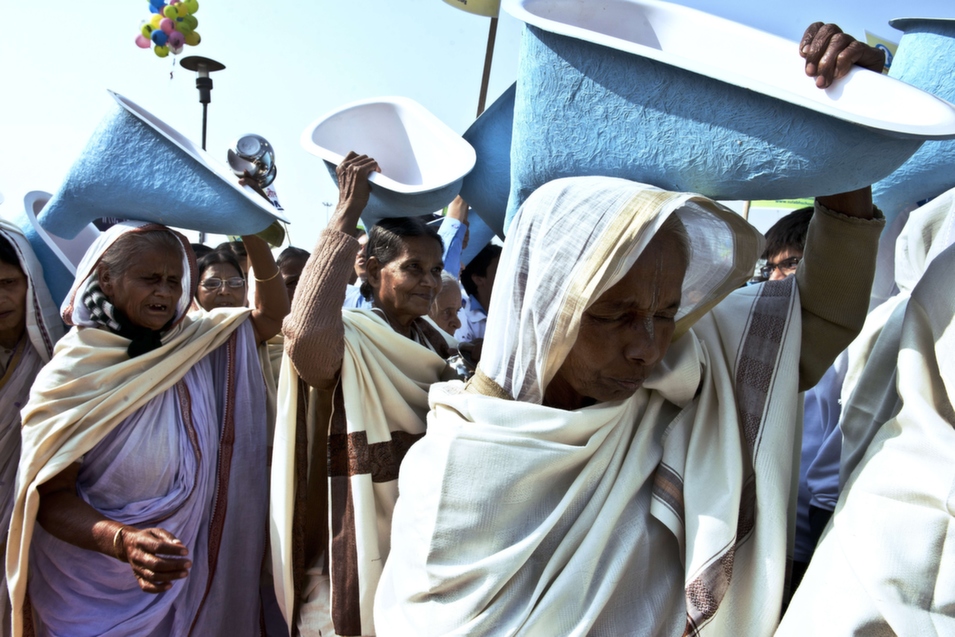 Indian women carry toilets during the opening ceremony of the three-day International Toilet Festival in New Delhi, Nov. 18. “Open defecation remains the stinky stepsister of the health development world,” Lauren Bohn wrote in a Nov. 20 column for Foreign Policy, “overshadowed by star-studded issues such as access to clean water.” Read more on one of global health’s most quietly devastating challenges here. 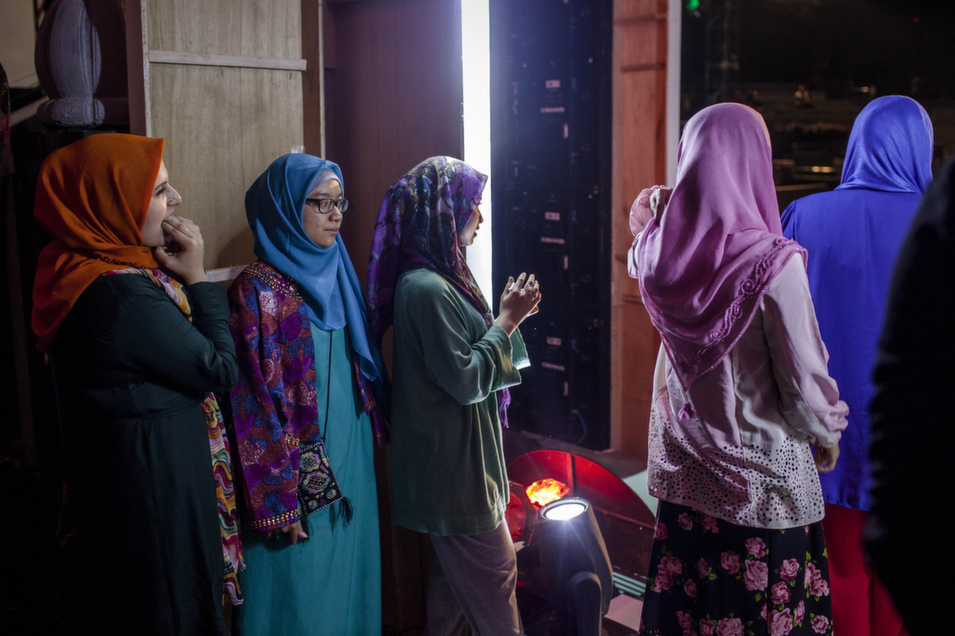 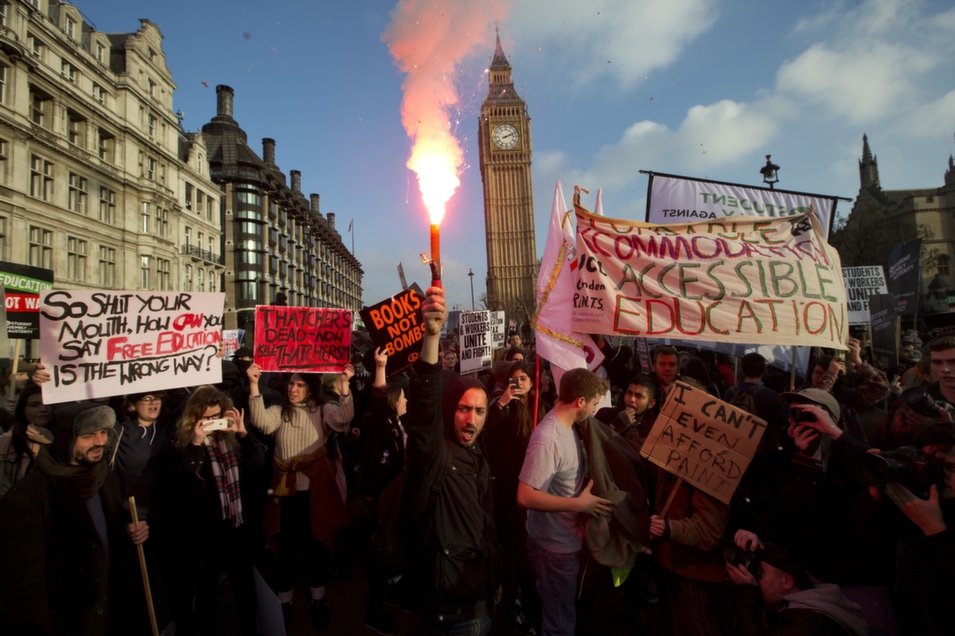 A march against student university fees in central London, Nov. 19. 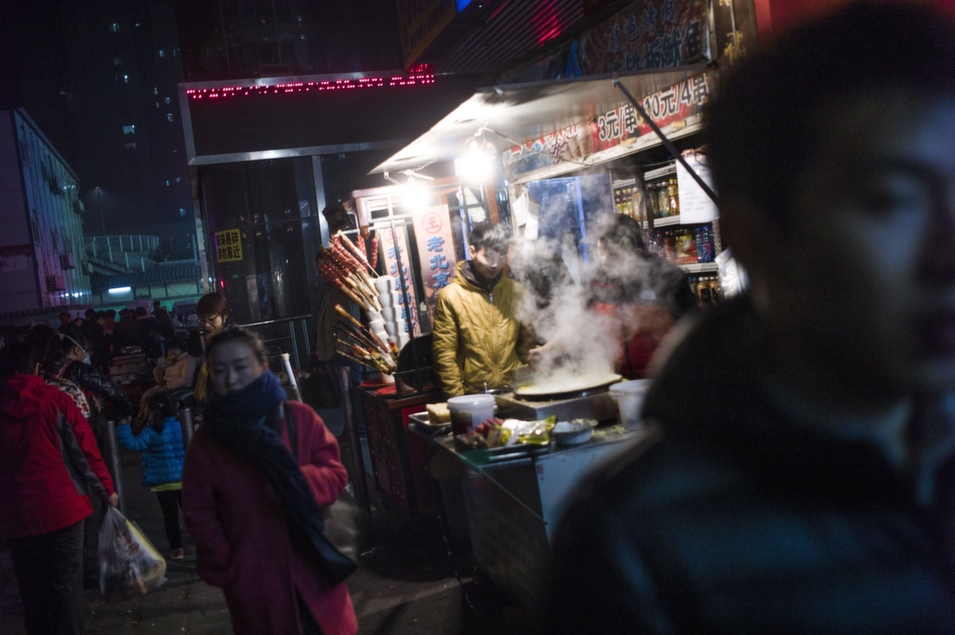 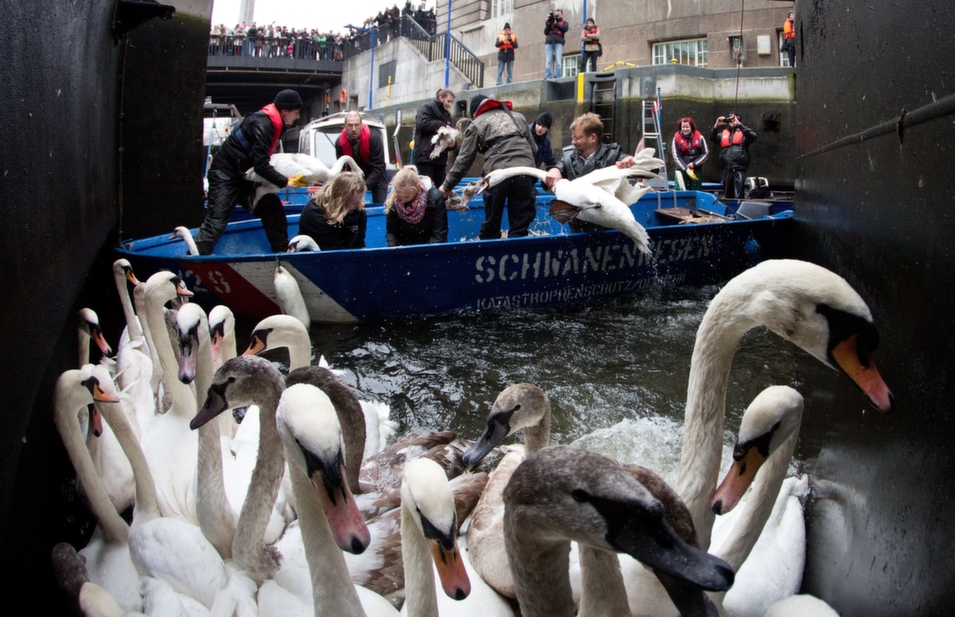 Swans in central Hamburg are caught to be moved to an ice-free pond for the winter, Nov. 18. 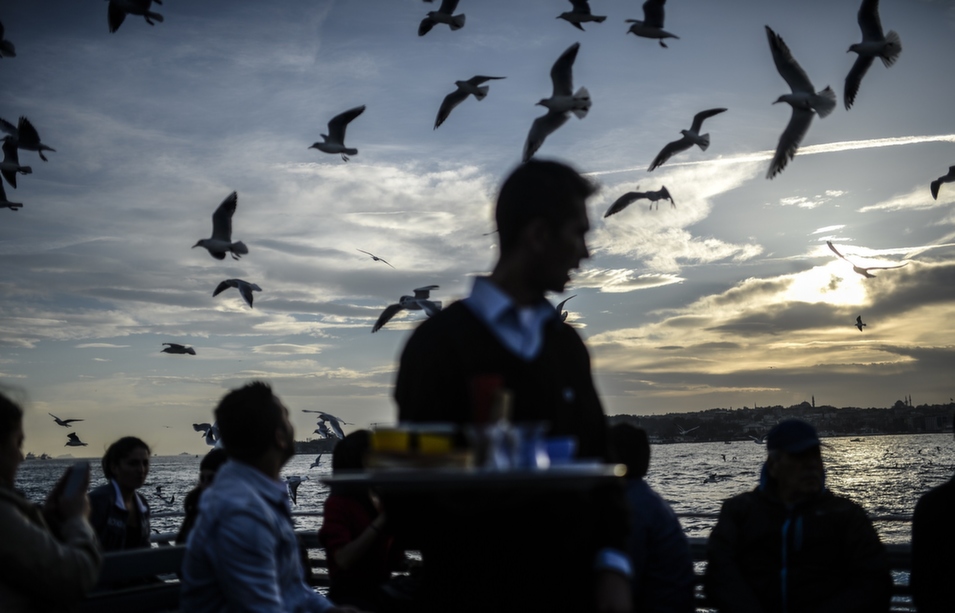 Seagulls on the Bosphorus, Istanbul, Nov. 19. 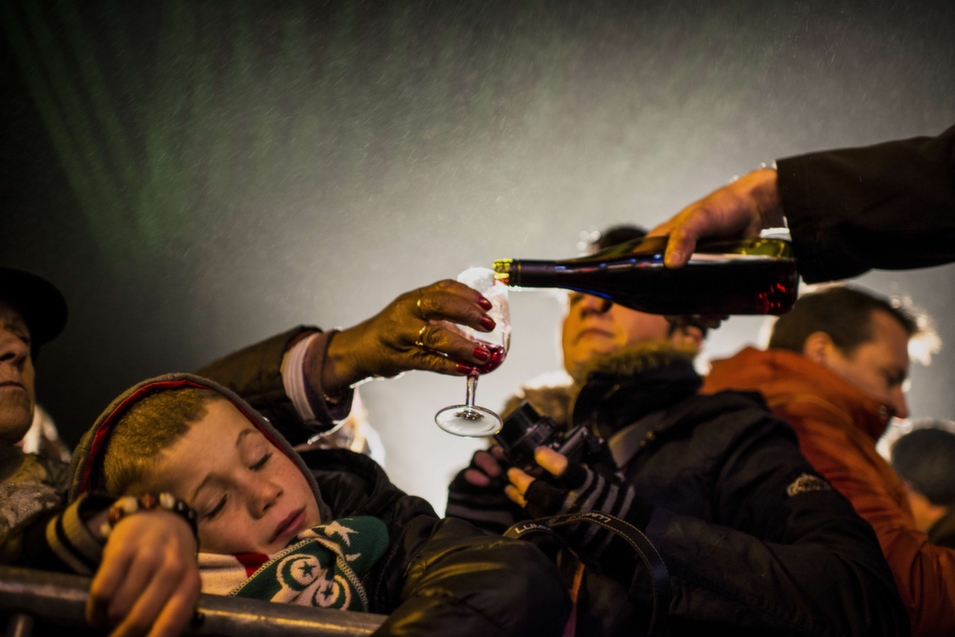 People celebrate the arrival of this year’s vintage of Beaujolais Nouveau, a young French wine, in Beaujeau, France, Nov. 19. 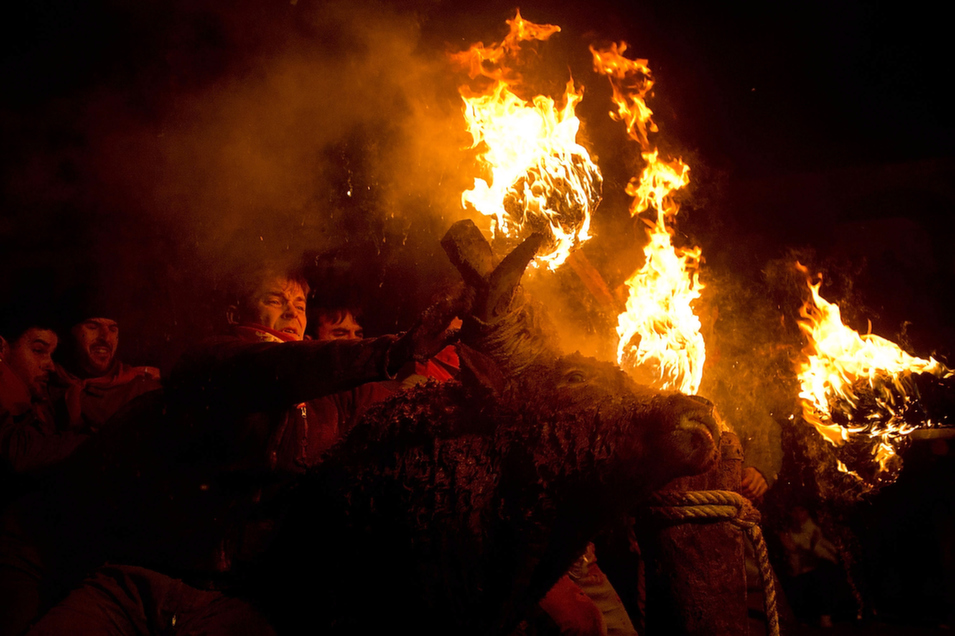 Revelers set light to flammable balls attached to a bull’s horns during the annual Toro de Jubilo festival in Medinaceli, Spain, Nov. 16. The event begins with the lighting of the bull’s horns; the bull is then untied and participants dodge it until the flammable material is consumed. The body of the animal is covered with mud to protect it from burns. 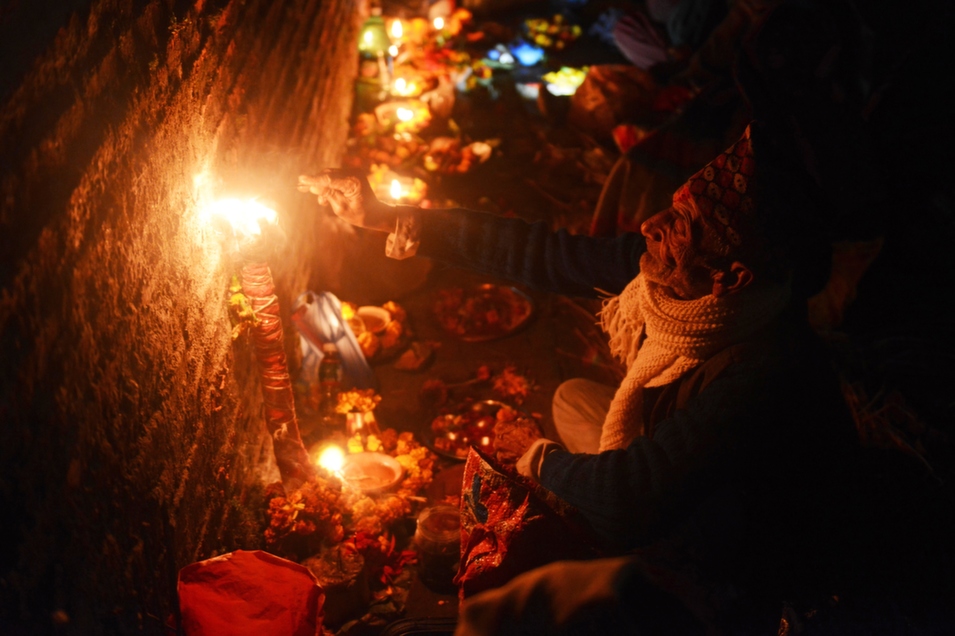 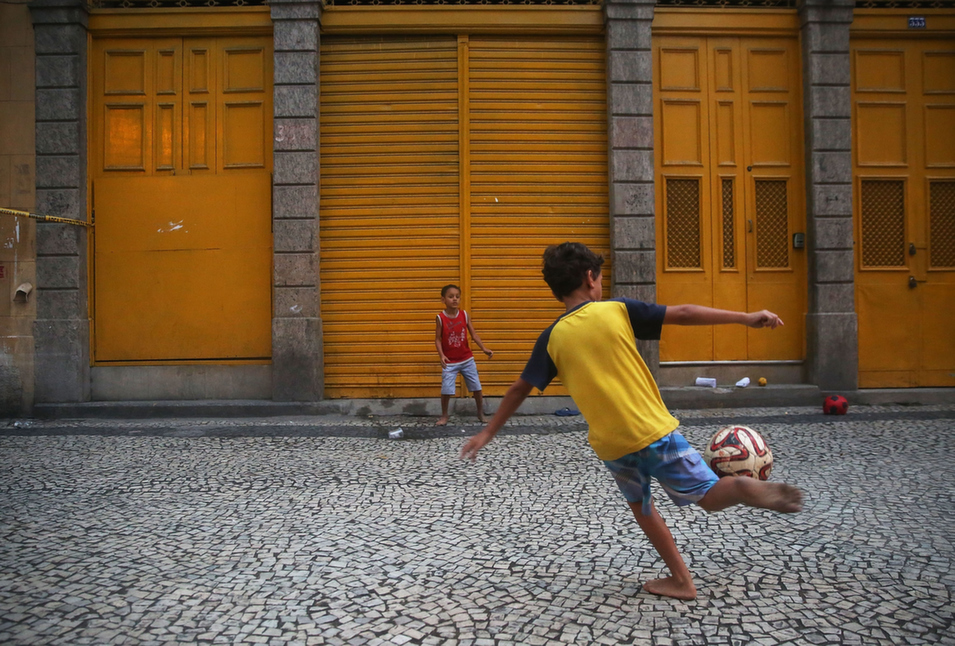 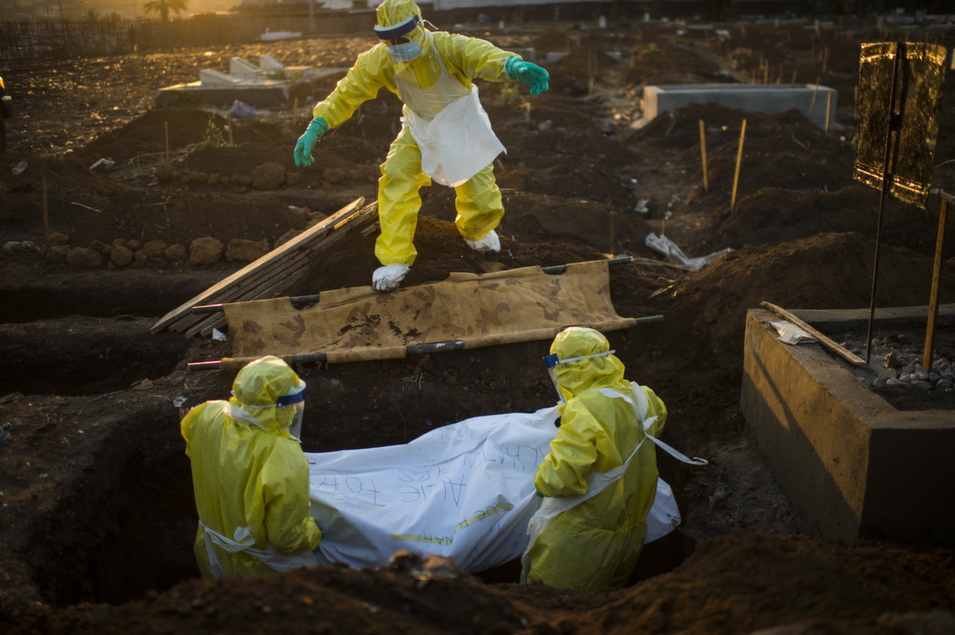 The body of Alie Fonnah is lowered into a grave at King Tom Cemetery in Freetown, Sierra Leone, Nov. 19. “As the Ebola outbreak continues in West Africa,” Foreign Policy’s David Francis reports, “momentum to change FDA restrictions to allow Congress to allocate money toward research on drugs that treat tropical diseases, including Ebola, is growing.” 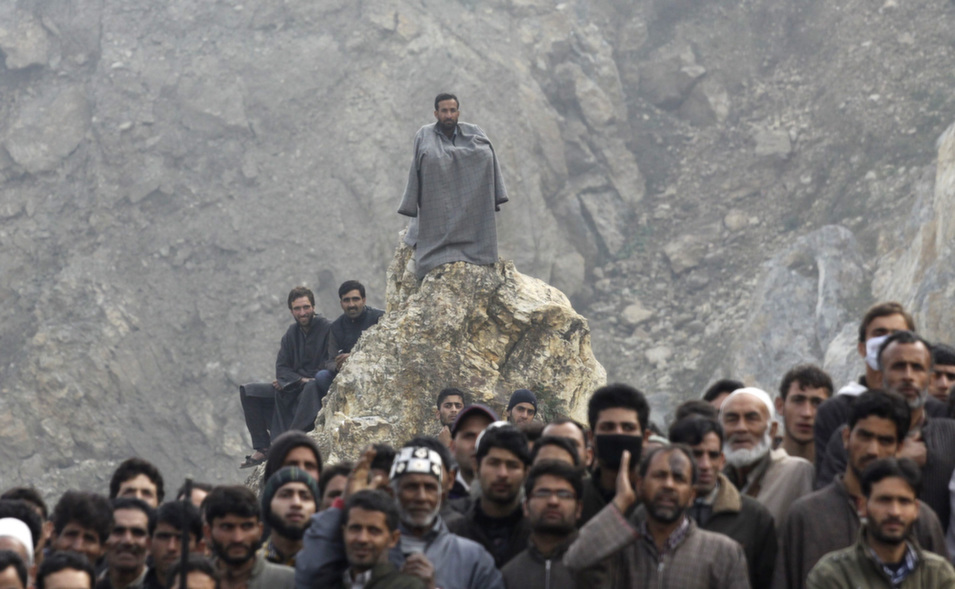 Supporters of the Indian Jammu and Kashmir National Conference party attend an election rally some 20 miles from Srinagar, India, Nov. 20. 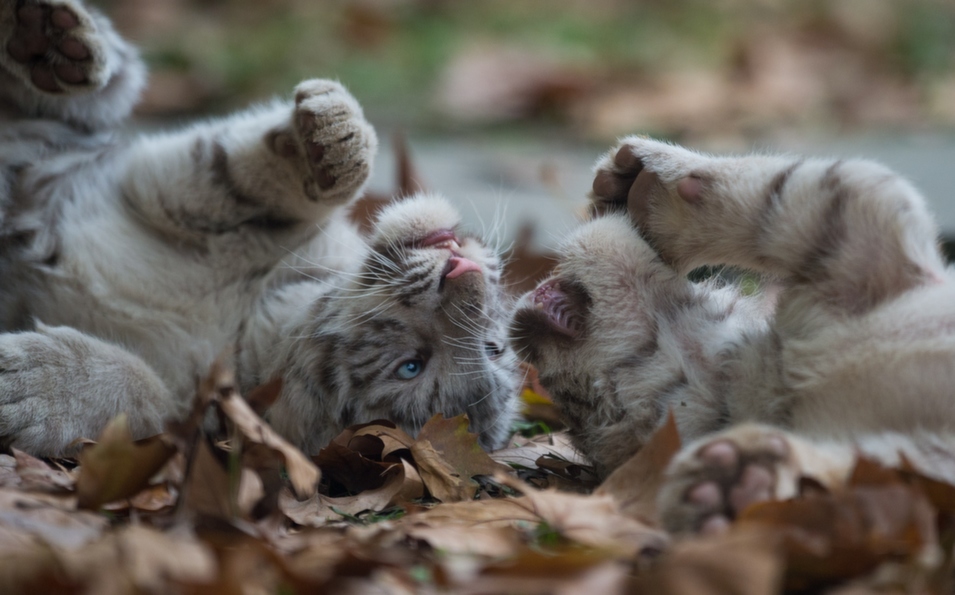 Siberian tiger cubs play in an enclosure in the Shanghai Zoo, Nov. 18. 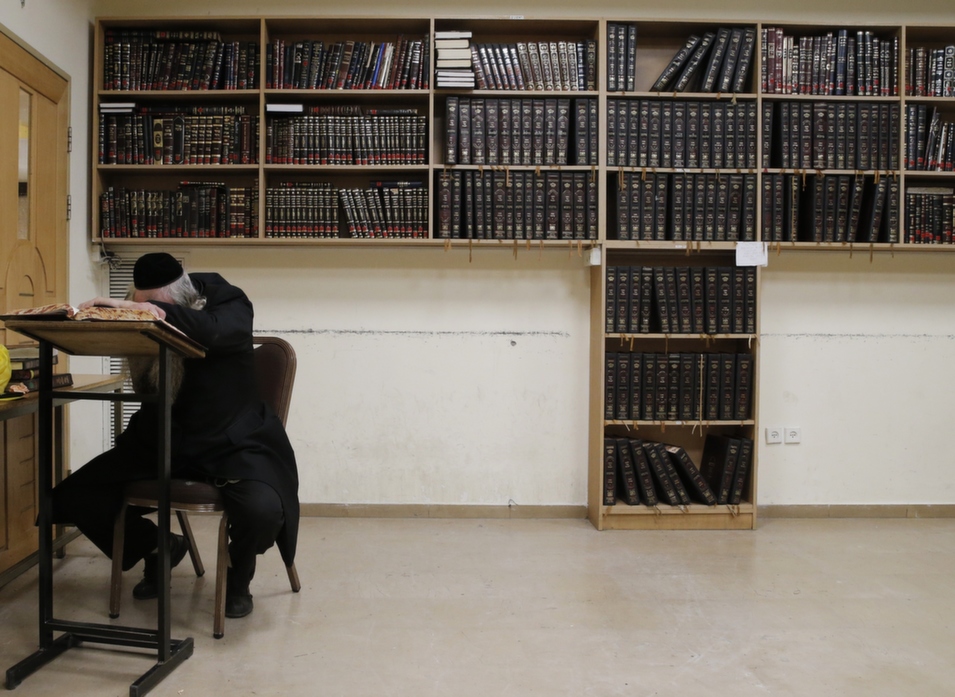 An Ultra-orthodox Jewish man rests in Jerusalem’s Kehilat Bnei Torah synagogue, the site of a deadly attack that left five Israelis dead, Nov. 18. Yardena Schwartz reported from Jerusalem for Foreign Policy on the killings and their implications for ongoing violence in the region on Nov. 19. “The attacks in the current wave of violence,” Schwartz writes, “have employed the tools of everyday life, and are therefore more difficult to stop.” Read her full dispatch here. 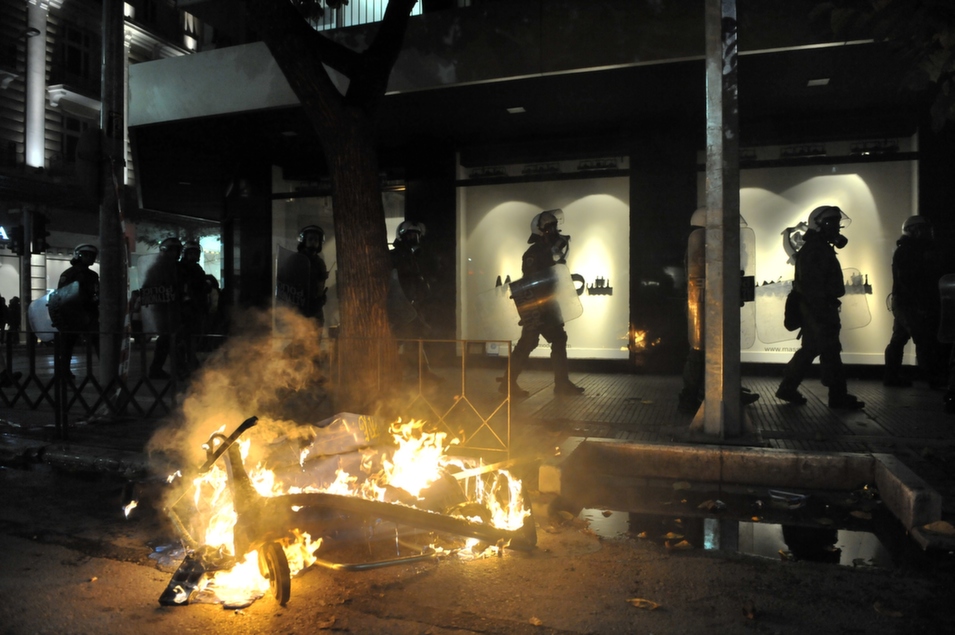 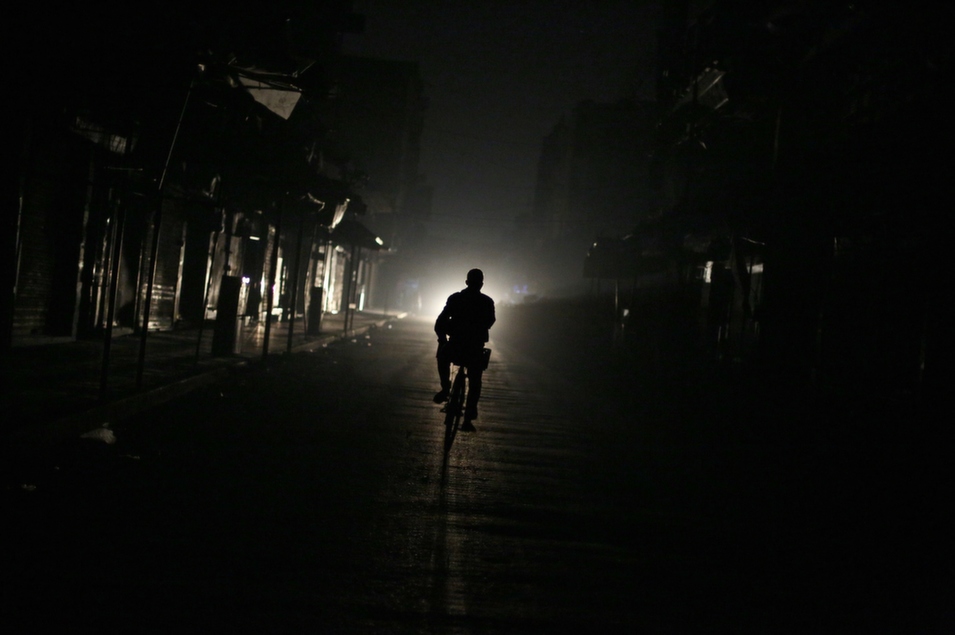 A man cycles down a street without electricity in the besieged rebel bastion of Douma, northeast of Damascus, Syria, Nov. 19. “A new plan to stop the bleeding in Syria means agreeing to a limited truce with the regime,” FP’s James Traub’s latest column reports. “It’s repugnant — but is it wrong?” Read Traub’s take here.