The Mine Disaster That Shook Turkey, by Suzy Hansen, the New York Times Magazine.

Coal-mining disasters often expose an economic system’s injustices, and for Turks, used to hearing their growing economy referred to as a miracle, the Soma disaster has been a reckoning.

“Turkey, even where poor, tends to be well maintained and orderly, and the mining town of Soma is no exception. In the evenings, the men, and sometimes women, gather in one part of a central tea garden; and the women and children, and sometimes men, gather in another section called the family salon; and everyone, especially in summer, sits for hours, smoking and gossiping until bedtime. It’s not a well-to-do town, though there is a nice coffee shop with plush gray chairs and a relatively expensive chain restaurant called Kofteci Ramiz. The place’s wholesome, upright quality derives in part from the buildings that dominate the center of town: the mosques, the men’s teahouses, the mining-company offices, the Police Department, the local office of the country’s ruling Justice and Development Party, the governor’s hall, the miners’ union.

It was to Soma that Ahmet had fled with Tugba four years earlier — a lovers’ ‘kidnapping,’ in the Turkish vernacular, which, because she was 14, led to many weeks of arguing with her father until he let them marry. At the time, Ahmet worked at a mine run by another local company, Imbat. That was the fourth mine he had worked in; the first had been decrepit, and when it collapsed, the rescuers had to take a motorbike headlamp in to look for miners. Imbat’s was a larger mine in a region known for its linyit, or lignite, a soft coal burned in thermal power plants nearby, like the one that stood just outside Soma. The air all around town was filled with the smell of burning dust, and sometimes, especially on hot summer nights, you could feel it tingling on your skin. In the center of town, adjacent to the building of the Turk-Is union, to which most of the coal miners belonged, there was a Linyit Otel; elsewhere, there was a Linyit High School and a Linyit Psychiatric Center.” 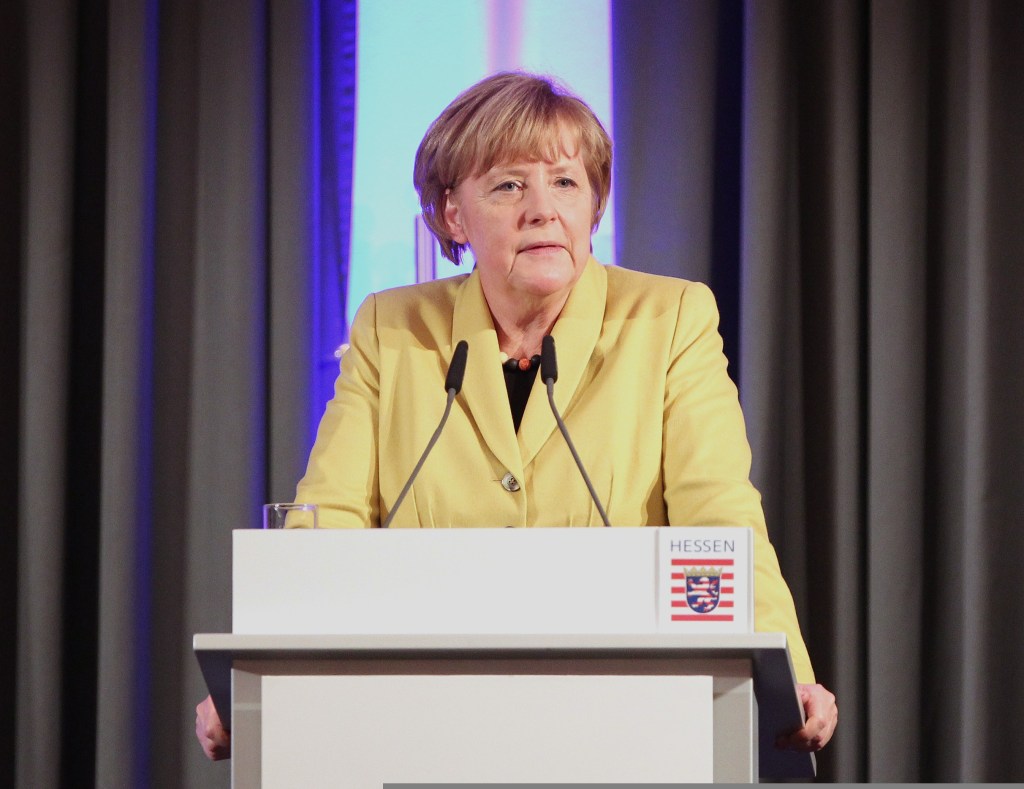 The Quiet German, by George Packer, the New Yorker.

The astonishing rise of Angela Merkel, the most powerful woman in the world.

“At the lectern, Merkel continues addressing parliament, recounting a meeting, in Brussels, of the Group of Seven, which has just expelled its eighth member, Russia, over the war in Ukraine. ‘We will be very persistent when it comes to enforcing freedom, justice, and self-determination on the European continent,’ she says. ‘Our task is to protect Ukraine on its self-determined way, and to meet old-fashioned thinking about spheres of influence from the nineteenth and twentieth century with answers from the global twenty-first century.’ Merkel has reached her rhetorical high point—signalled by a slowing of her monotone and a subtle hand gesture, fingers extended. To the non-German speaker, she could be reading out regulatory guidelines for the national rail system.

The Chancellor finishes to sustained applause and takes a seat behind the lectern, among her cabinet ministers. Merkel has lost weight—bedridden last winter after fracturing her pelvis in a cross-country-skiing accident, she gave up sausage sandwiches for chopped carrots and took off twenty pounds—and her slimmer face, with its sunken eyes and longer jowls, betrays her fatigue. She’s been Chancellor since 2005, having won a third term last September, with no challenger in sight.”

Love in Exile, by Marc Gevisser, the Guardian.

In 2010, Tiwonge Chimbalanga, a transgender woman, was imprisoned in Malawi for getting engaged to a man. Pardoned and freed, she now lives in exile in South Africa. Mark Gevisser reports on an uneasy triumph for the global LGBT rights movement.

“The international campaign to secure her pardon and resettlement in South Africa represented a triumph for the global cause of LGBT rights. But for Chimbalanga, who unexpectedly found herself on the front lines of an intensifying battle over these rights in Africa, there is little sense of victory. The Amnesty grant will run out in a few months time, and – after three years – she has no other source of income. Despite intensive English lessons, she still cannot speak the language well enough to enter the job market. And her body is covered in scars: she has been attacked at least five times since moving to Cape Town. She is now applying to the United Nations High Commission on Refugees for resettlement to a third country, a tortuous process which can take several years.

‘They told me I was gay when they arrested me,’ she told me in Chichewa, Malawi’s national language, through an interpreter. ‘They told me that I was paid to do my chinkhoswe by the LGBTs from overseas. But the first time I heard the word ‘gay’ was when I saw it next to my photograph in the newspaper. And the first time I met some LGBTs was when Gift and Dunker came to visit me in jail.'” 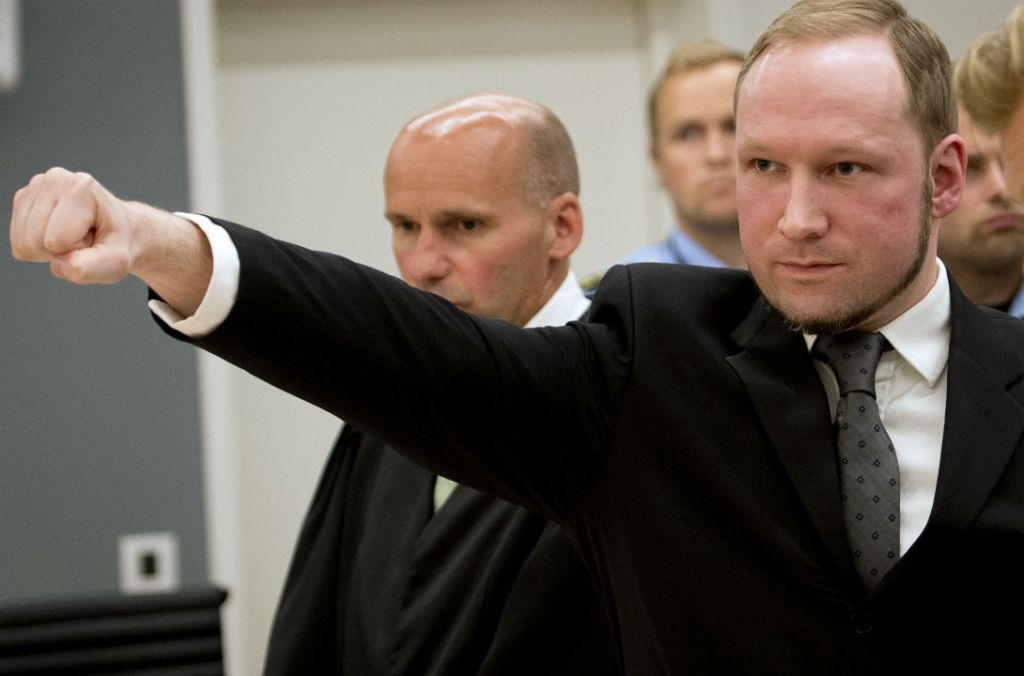 On Norwegian mass murderer Anders Behring Breivik and the rise of Islamophobia in Norway.

“Before he went on his mass killing spree in 2011, Anders Behring Breivik was a regular at the Palace Grill in Oslo West. He looked harmless: another blond man trying to chat up women at the bar. ‘He came across as someone with a business degree,’ one woman recalled, ‘one of those West End boys in very conservative clothes.’ Indeed he had tried his hand at business, though he’d never completed a degree, or much of anything else. And he was a West End boy, a diplomat’s son. Yet there was the book he said he was writing, a ‘masterwork’ in a ‘genre the world has never seen before.’ He refused to say what it was about, only that it was inspired by ‘novels about knights from the Middle Ages.’ He did little to hide his obsessions. One night in late 2010, he was at the Palace Grill when a local TV celebrity walked in. Breivik launched into a speech about the Muslim plot against Norway, and about the Knights Templar. The bouncers threw him out. On the street, he said to the celebrity: ‘In one year’s time, I’ll be three times as famous as you.’

This story appears in Aage Borchgrevink’s superb book, and it plays like a scene from a horror film because we know the barfly will make good on his promise. Breivik was hard at work on 2083: A European Declaration of Independence, a 1518-page screed exposing the Muslim plot to conquer Christendom. In large part a compendium of extracts from counter-jihadist websites, 2083 was posted online on the day of the attacks under the name ‘Andrew Berwick,’ one of Breivik’s several aliases. The signs of Europe’s creeping Islamisation were everywhere, he argued, from Bosnian independence to the spread of mosques in Oslo. Muslim men were having their way with European women, while declaring their own women off-limits to European men. Breivik and his fellow white Norwegians were ‘first-generation dhimmis’ – a term for non-Muslim minorities under Ottoman rule which, like most of his ideas, he’d found online – in what was fast becoming ‘Eurabia.’ Worst of all, Europe’s ‘cultural Marxist’ elites had caved in, like a woman who would rather ‘be raped than … risk serious injuries while resisting.’ Even the Lutheran Church – ‘priests in jeans who march for Palestine and churches that look like minimalist shopping centres’ – had surrendered. Fortunately, there were ‘knights’ like Breivik who had the courage to defend Europe’s honour.”

A Surpising History of Turkey in America, by Nick Danforth, Foreign Policy.

“As Turkey’s leader in the 1930s, Ataturk gained international attention for his own eccentric historical theories. He claimed the Turks had developed a sophisticated sedentary civilization in Central Asia during the 9th century B.C. Like Native Americans, these early Turks held nature sacred and were really good at archery. But they also perfected innovative technologies like metalworking and animal husbandry well before the rest of the world. Some of these Turkic tribes wandered to America, Ataturk’s historians said, while others spread the light of science to the still-primitive inhabitants of China, India, the Near East, and Europe. Spurious linguistic evidence was used to substantiate claims that ancient civilizations like the Hittites and Sumerians were actually Turks. Turkish scholars went on to suggest that all human language was originally derived from Turkish.

Ataturk’s accomplice in rewriting history was his adopted daughter Afet Inan. After an early nautical map showing the Americas turned up in the archives of Istanbul’s Topkapi Palace, Inan asserted that 16th-century Ottoman admiral Piri Reis had surpassed Columbus and other European cartographers through the superior technique with which he mapped the new continent. The map is quite striking, and an undeniable tribute to Ottoman cartographic skill. But there was little besides Inan’s nationalist enthusiasm to justify her conclusion that ‘compared with other maps of the period, Piri’s is the most perfect and original.'”