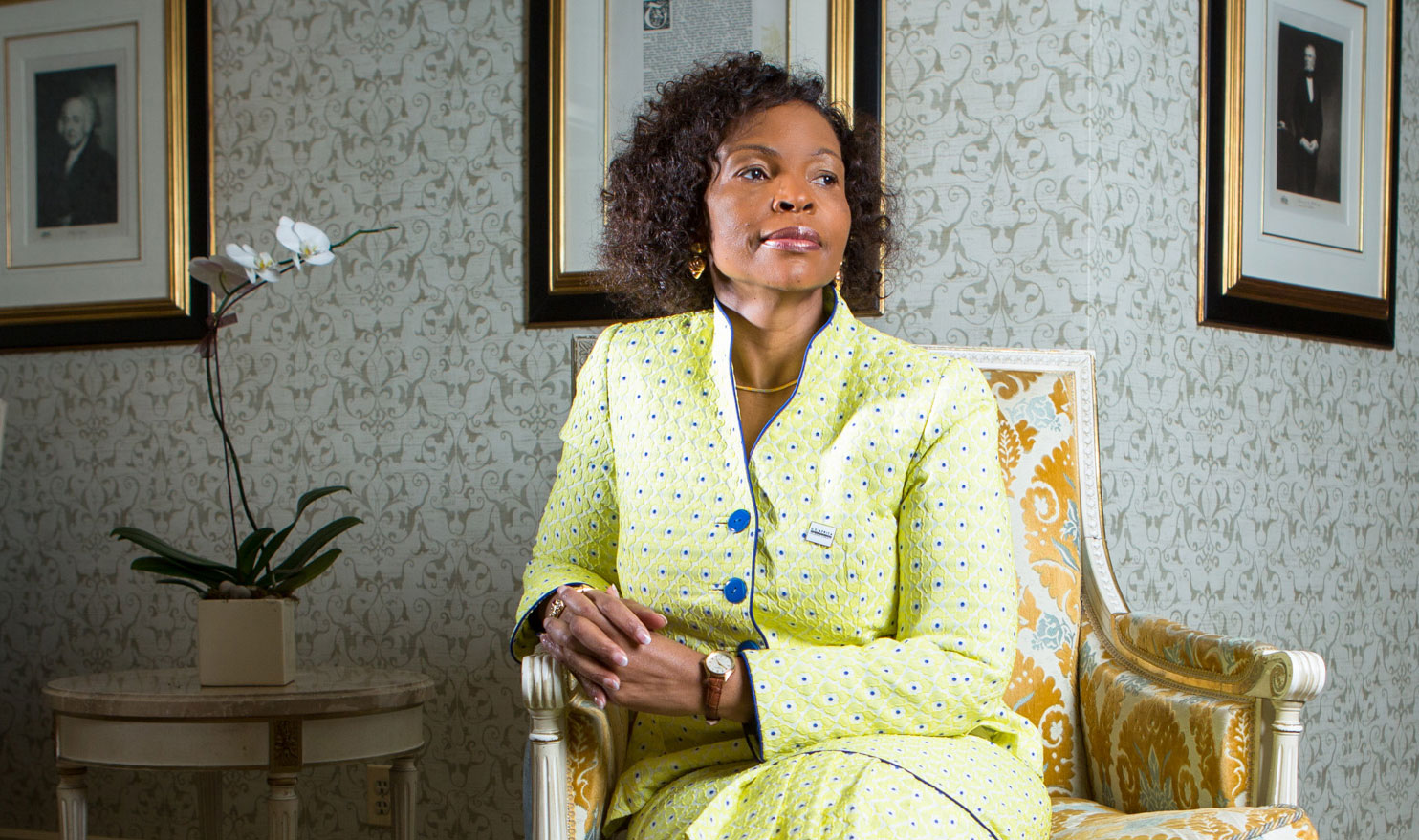 The 69th session of the UN General Assembly has opened in New York. Maite Nkoana-Mashabane, South Africa’s minister of international relations and cooperation, will be there with mixed emotions. “I always cringe when I hear that in September we must come back to the United Nations just to talk about the Millennium Development Goals (MDGs),” she said in an interview on the sidelines of President Obama’s US-Africa Leaders Summit in August.

The minister did not mean she was uncomfortable with the targets UN members set themselves in 2000 for ameliorating the developing world’s economic and social ills by 2015. She simply wished the agenda could include progress on a separate but in her view closely related issue. “2015, for us, the developing countries, should be about how far we have gone in reforming global institutions of governance,” starting with the UN Security Council, a “dinosaur…in need of urgent democratization.”

Equally in need of reform, she said, were the World Bank and the International Monetary Fund, institutions still dominated by the powers that founded them at Bretton Woods in 1994. They hold their annual meetings in Washington in October. Would the MDG’s be closer to being met were the Bank and Fund were more truly representative of the world as it is now? Quite likely yes, in the minister’s view. "We have seen fewer and fewer good graduates of World Bank [programs] where you could say that these ones were actually helped and that's why they are successful."

A month before the Washington summit, Ms. Nkoana-Mashabane was with President Jacob Zuma in Fortaleza, Brazil, for the 6th annual summit of the BRICS, the grouping of major emerging powers – Brazil, the Russian Federation, India and China – to which South Africa was invited to add the “S” as Africa’s de facto representative in 2010. In the minister’s words, “we are proud members of an emerging group that represents 42.6 percent of the world’s population and 18 percent of global trade, attracts 53 percent of foreign capital, accounts for 20 percent of global gross domestic product (GDP), generated 61 percent of economic growth in the world economy and has an estimated $4 trillion foreign reserves base.”

The big news at the summit was the launch of the New Development Bank (NDB) and the Contingency Reserve Agreement, with functions paralleling those of the bodies created at Bretton Woods. As the minister explained in a speech on her return, “the establishment of BRICS was anchored upon a shared vision to pursue the restructuring of the global political, economic and financial architecture into one that is more equitable, balanced and rests on the important pillar of multilateralism.”

“2015, for us, the developing countries, should be about how far we have gone in reforming global institutions of governance…” Maite Nkoana-Mashabane, South African Minister of International Relations and Cooperation

The five countries will start by capitalizing the NDB at $50 billion, each paying in $10 billion. Within 20 years, by some estimates, the bank could be helping leverage infrastructure investments in developing countries totaling $68 billion annually. "This would be far bigger than World Bank loans," Columbia University financial markets expert Stephanie Griffith-Jones recently wrote in the Financial Times' “beyondbrics” blog.

In an Op-Ed published on the eve of the Fortaleza meeting, Ms. Nkoana-Mashabane observed that the old South Africa had played “a not insignificant role” in shaping the post-World War II global hierarchy, as indeed it did under the leadership of Jan Smuts, a close confidant of Winston Churchill and author of the UN Charter’s preamble. Given that history, she wrote, “it is only fitting that on the twentieth anniversary of our democracy (Nelson Mandela was sworn in as South Africa’s first post-apartheid president in May, 1994), we and our partners should today be laying the foundations of a new, more truly representative international order – one in which all nations, including the North, stand to benefit from greater inclusion and shared prosperity.”

In the interview, the minister emphasized that while South Africa’s first allegiance was to the nations of the South (“Historically, I am sure we would have never have won our freedom if not for [their] support and solidarity,” she said), “the formations that South Africa belongs to are not anti other blocs but they are for developing countries…We don’t go round provoking people, we do things that are good for humankind and the world.”

In support of that assertion, the minister can (and does) point to a May 2013 Op-Ed on the BRICS bank by Nobel prize-winning economist Joseph Stiglitz and former World Bank chief economist Nicholas Stern. The NDB, they argued, “will not only be a driver for sustainable in the developing and emerging world, but would also foster reform in the existing multilateral financial institutions – changes from which all of us, in the developed and developing world alike, will benefit.”

That includes South Africa, whose foreign policy, the minister said, “must start at home – that is why we speak of a better South Africa in a better Africa in a better world.” President Zuma put it even more simply when he gave South Africa’s diplomats their marching orders at the annual heads-of-mission conference on September 1. “The economy is the apex priority over the next five years.”

Since the 2008 global financial crisis, South Africa’s growth rates have been trailing those posted in much of the rest of the continent in part because the economy is growing from a more developed and mature base, in part because South Africa has outgrown its power supply and other infrastructure, and in part because of what Mr. Zuma has described as “an untenable labor relations environment.” In response, the government has committed to a program of “radical economic transformation” Mr. Zuma hopes will boost growth from under 2 percent currently to 5 percent by 2019.

To meet that target, the government is investing massively in infrastructure. Outlays during Mr Zuma’s first five year term topped a trillion rand ($92 billion). Another 847 billion rand ($78 billion) has been budgeted for projects over the next three years.

That, said Ms Nkoana-Mashabane, is why “you’ll see if you come now we look like a construction site.”

Simon Barber was for many years the Washington-based US correspondent for South Africa’s leading financial daily, Business Day, before joining Brand South Africa, a publicly funded trust established in 2001 in a pioneering effort to promote South Africa as a competitive nation brand. In March this year, he established his own company, Izwi Communications LLC, whose clients include Brand SA.