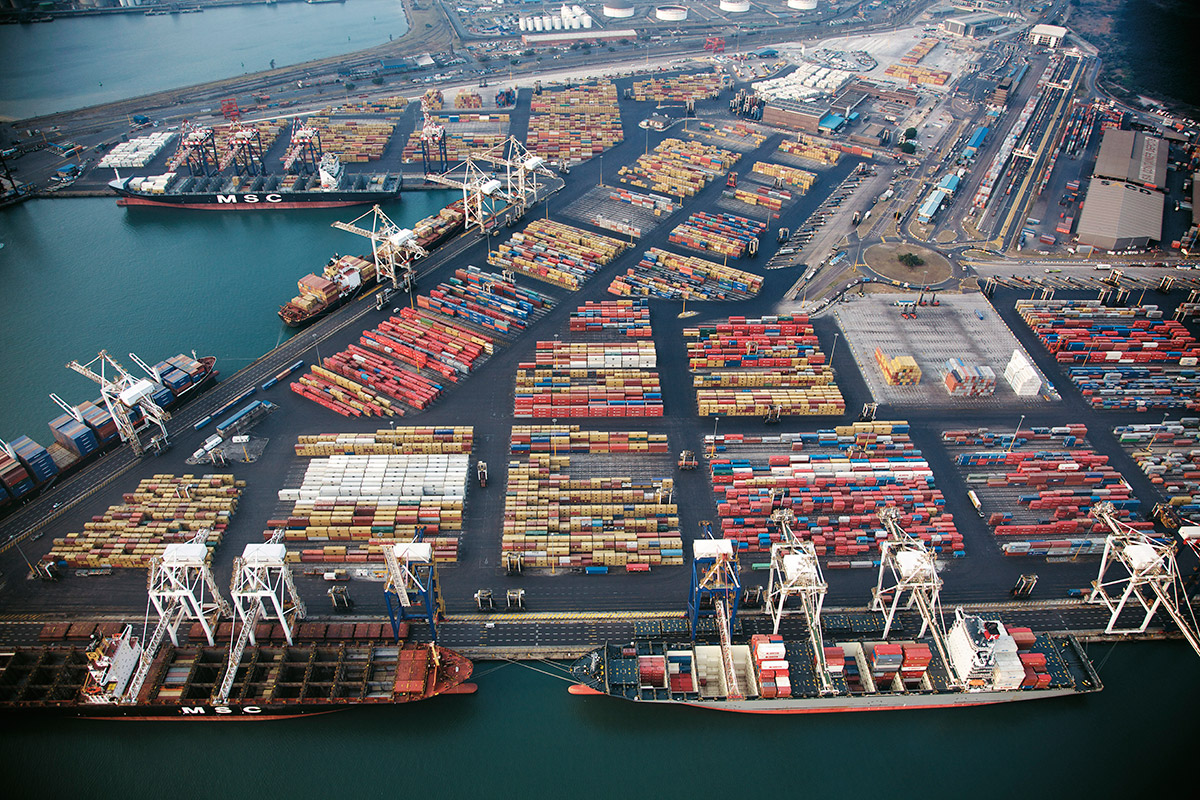 Twenty years after coming to power in South Africa’s first universal franchise election, the African National Congress can justly say that South Africans are a good deal better off than they were in 1994. The proportion with access to education, housing, health care and basic amenities like electricity, plumbing and clean water has risen dramatically. The World Bank recently compared 12 middle income economies and found South Africa had performed the best in reducing poverty and inequality. That said, the level of both remained “unacceptably high” in the Bank’s estimate (South Africa’s Gini coefficient stands at 0.59) while “the fiscal space to spend more to achieve even greater redistribution is extremely limited”.

Like many emerging markets, South Africa is in a difficult place. Unemployment, at around 25 per cent, is stubbornly high. GDP growth is sputtering at 1.4 per cent, not helped by labour unrest and power shortages. The authorities have less room than they would like for monetary or fiscal maneuver. With a yawning current account deficit, the freely tradable rand is at the mercy of foreign capital flows. Government debt levels, close to those at apartheid’s end, are on an unsustainable trajectory. If this continues, Treasury models suggest, choices will have to be made between expanding the politically important safety net which now protects 16 million plus South Africans and making the investments needed to clear blockages to the one thing that’s required above all, growth.

What’s encouraging is that policy makers are seizing the chance to restore private sector confidence that has been undermined in recent years by mixed messages and uncertainty about the government’s true direction. The ANC has now firmly pinned its colors to the National Development Plan (NDP), a coherent, business-friendly blueprint to restructure the economy over the next 15 years with a view to achieving full employment by 2030. To implement the NDP, the ANC knows it will have to govern from the pragmatic centre. If this results in the sundering of its alliance with hard left labour unions — and that is very much on the cards with the National Union of Metalworkers threatening to form a socialist United Front to contest the next election — it’s a price the ANC looks ready to pay.

“One of the greatest reasons for optimism is that South Africans have built world-class businesses. There’s a raw and vibrant entrepreneurial culture — South Africans get things done.” Mark Lamberti, CEO of Imperial Holdings

“We are working intensively with the private sector in particular to remove obstacles to investment so that we can achieve inclusive growth and create jobs,” President Jacob Zuma told delegates at the South African Chamber of Commerce and Industry’s annual convention last month. This, from the top, is the new mantra. Here is how Finance Minister Nhlanhla Nene, put it to business leaders in New York a few weeks earlier: “The private sector employs about three quarters of workers and accounts for more than two-thirds of investment and research and development spending. So if we are to achieve the NDP goals of socioeconomic development, we need a thriving private sector.”

Following his return from the US, Nene released the National Treasury’s annual Medium Term Budget Policy Statement (MTBPS) setting out fiscal strategy for the next three years. “Two challenges stand out,” the document says. The first is “to encourage greater private sector investment…Removing obstacles to private investment must be a priority for government at all levels.” Not unconnected to the removal of those obstacles is challenge number two: to “improve the state’s capacity to plan, manage and maintain its programs and infrastructure. Recent supply failures in electricity, water and postal services, for example, hurt the economy and wear down public confidence.” South Africa’s is a ”mixed economy”, says the MTBPS. Both parts of the mix, public and private, need to be working in sync.

Among the immediate constraints on growth is the rickety electricity supply for which state-owned monopoly Eskom is primarily responsible. Construction of new, coal-fired base load has fallen behind schedule. Eskom’s existing fleet is under stress. Downgrading South Africa’s sovereign debt a notch in early November, Moody’s predicted shortages would persist “until at least mid–2017”, exacerbating the economy’s vulnerability to capital outflows. “Since South Africa’s exports are highly energy-intensive,” the ratings agency warned, “shortfalls in electricity availability suggest that the current account deficit will remain at a relatively wide level of around 5.5 per cent of GDP for several more years.”

The government is looking to private investment and expertise to help make up those shortfalls. In 2011 it began auctioning power purchase contracts to independent renewable energy consortia, foreign and domestic, triggering a veritable green rush. So far, over $10 billion has been committed for 64 wind and solar farms with a capacity of 3 916 MW, equivalent to the output of one of the base load stations now under construction. This month, bidding will open on 2 500 MW of coal-fired base load with tendering on 800 MW from cogeneration to follow in the new year. “Initiatives such as the independent power producer program will grow in the years ahead and will promote greater confidence in private investment in the broader economy,” states the MTBPS. IHS, a London-based firm specializing in risk analysis, says the renewables portion of the program has made South Africa “the world’s most attractive country for solar energy” investment.

The Treasury is determined to keep Eskom and other state-owned enterprises out of the public purse while opening the way to greater private participation in revamping the country’s transport and municipal infrastructure. MTBPS: “Where government agrees that resources are required to firm up balance sheets, funds will be raised through the disposal of non-strategic assets held by the state, or from private investors. ” President Zuma :“We have been working with the financial sector to identify and clear blockages to enable to private sector to play a role in the financing of infrastructure.”

Reaching out to the private sector takes advantage of a national strength. Consider South Africa’s performance as measured by the World Economic Forum’s Global Competitiveness Index and other international yardsticks. The country routinely gets top marks for its banking system, stock exchange, corporate governance and the level of protection it affords investors, all of which betokens a strong and sophisticated private sector. “One of the greatest reasons for optimism is that South Africans have built world-class businesses,” Mark Lamberti, CEO Imperial Holdings, a diversified transportation company with 51 000 employees worldwide, told fund managers in New York last month. “There’s a raw and vibrant entrepreneurial culture — South Africans get things done.”

“We are working intensively with the private sector in particular to remove obstacles to investment so that we can achieve inclusive growth and create jobs.” Jacob Zuma, President of South Africa

Some examples. South African Breweries, or SABMiller as it’s known today, is the world’s second largest brewing company in revenue terms. Sasol, the world’s leader in coal and gas to liquid fuel technology, is developing a facility in Lake Charles, Louisiana, that may turn to be the largest ever direct investment in the US by a foreign company ever. Naspers has gone from being an internationally puny publisher of Afrikaans newspapers and magazine in the apartheid era to global media giant with major internet, TV and print holdings in China, Russia, Brazil and other big emerging markets. And that’s just three.

Mining, finance, telecommunications, retail, construction, manufacturing, transport, hospitality – name a sector and you’ll find world-class South African companies doing well in it throughout Africa and beyond. You’ll also find these companies earning solid returns in the portfolios of institutions and retail investors the world over. Between the beginning of 1994 and the end of 2013 the South African All Share Index yielded a total return of 1 728%, Stanlib Asset Management economist Kevin Lings writes in his new book, “The Missing Piece: Solving South Africa’s Economic Puzzle.” “This equates to a compound average annual return of 15.6%, clearly well in excess of inflation.”

The catch, as Lings also points out, is that, excluding gold and platinum miners, “during 2013, 50% of the earnings of companies listed on the Johannesburg Stock Exchange…were derived from outside the country,” much of them in the rest of Africa. Of domestic earnings, some could be attributed to “a general lack of competition in many sectors of the economy” and others to efficiencies from the substitution capital for labour. “In many instances companies have consciously stunted employment growth even though business activity has expanded.” These are among the issues the NDP seeks to address.

Business leaders say they are impressed by the government’s new attitude. “There’s a reaching out from government that I haven’t seen in 20 years of engaging with them,” said Imperial’s Lamberti. Anglo Platinum CEO Mark Griffiths, whose sector is recovering from a five month strike earlier in the year, said he was “amazed by the amount of alignment between what we’re doing as corporates and the NDP…The dynamic has changed.” Kristin Lindow, the lead South Africa analyst at Moody’s, has heard the same story “many times…the impressive ways in which government is reaching out to business.” The conversation is substantive, said Ralph Mupita, CEO of international banking and insurance group Old Mutual, especially around questions of deepening domestic savings and mobilizing them on infrastructure. “The dialogue with has never been higher around the nitty gritty details.”

“We know what the impediments to a faster growth rate are and we are all agreed,” said Standard Bank CEO Sim Tshabalala. The MTBPS sees growth clawing back to 3 per cent by 2017. Tshabalala thinks that is on the low side if transport infrastructure and power projects now in the pipeline are delivered on budget and on time. If the new entente between government and business pays off, the outlook could be a lot rosier. “Depending on how the Minerals and Petroleum Resources Development Act is executed, you could see that unlock both shale gas and natural gas and we can add another couple of percentage points. There’s a whole range of regulatory and legislative things that need to get done, as well as incentives that need to be put in place, many of them already stacked up, and if they are delivered you could see us pierce 3 per cent quite easily.”

Simon Barber was for many years the Washington-based US correspondent for South Africa’s leading financial daily, Business Day, before joining Brand South Africa, a publicly funded trust established in 2001 in a pioneering effort to promote South Africa as a competitive nation brand. In March this year, he established his own company, Izwi Communications LLC, whose clients include Brand SA.