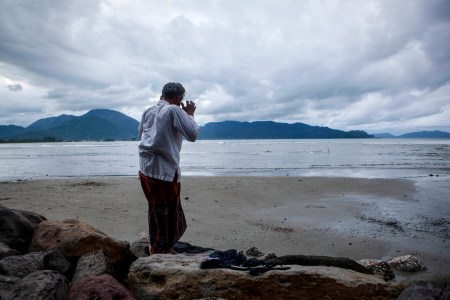 A family lost a son and daughter in the Indian Ocean disaster. Ten years on, they may have found them.

Jamaliah and Zahry were swept along for hundreds of meters until they were pushed up against a row of solidly constructed buildings. One of several people sheltering on the roof of a house reached out and grabbed Zahry’s hands, pulling him to safety. As the water swirled, Jamaliah was sucked under. Sure that she was going to die, she said a silent prayer before being coughed to the surface, and hauled up alongside her son. They climbed on to the roof of an adjoining two-story shop from where they witnessed the approach of the largest wave yet, as tall as the ceiling of a house.

Hours later, when the sea had receded, Jamaliah surveyed the carnage. Bodies floated in pools of dark water. Entire neighborhoods had been swept away. “I thought, ‘When God does something, it only takes minutes,’” she said. “So why even have possessions and money?” 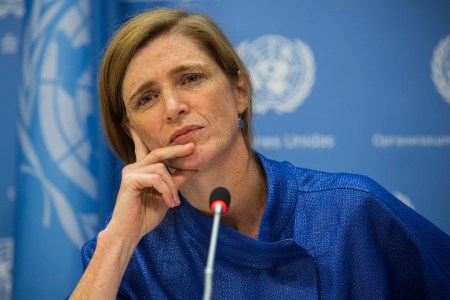 In the Land of the Possible, Evan Osnos, New Yorker.

Samantha Power has the President’s ear. To what end?

Because of youth, gender, or disposition, Power has often been underestimated. Gérard Araud, the French Ambassador to Washington, who previously served at the U.N., told me, “I was expecting this sort of N.G.O. girl, considering her past, considering the book she wrote. Actually, she’s a nice mixture of liberal interventionism and Realpolitik.” A senior Administration official said, “It’s easy in some ways to dismiss someone like Samantha Power. Oh, she cares about the marginal, vulnerable, and oppressed! But what she’s managed to do is link the marginal, vulnerable, and oppressed to core national-security interests of the United States.” 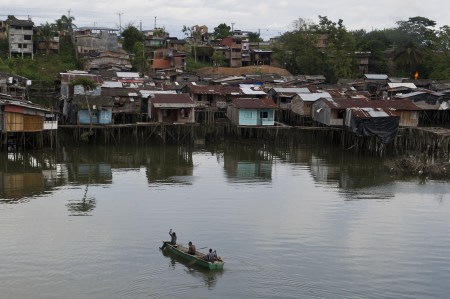 Gang violence has been spiraling out of control for the past year-and-a-half in Buenaventura, turning the city into the most dangerous in Colombia.

The two fingers were found along the main road that borders the Camilo Torres barrio, in the Valley of Cauca, port of Buenaventura, in southwest Colombia. At least, that’s what the girl told the police.

She said she picked up the fingers one by one, put them in a plastic bag she had inside her purse, and then she thought — accurately: These are my brother’s fingers.

Luis Fernando Otero was a 17-year-old car washer. Around the time of his sister’s discovery, rumors began circulating among the more than 390,000 inhabitants of Buenaventura, the most important port in the Colombian Pacific, that Luis Fernando had fled several weeks before because he was being chased by a gang. 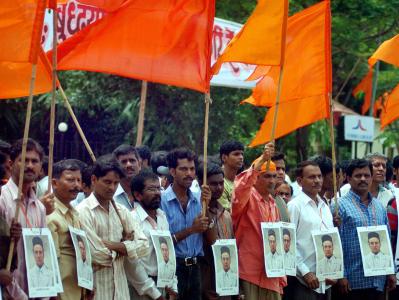 The Man Who Thought Gandhi a Sissy, the Economist.

The controversial mentor of the Hindu right.

In 1906, in a lodging house for Indian students in Highgate, a pleasant area of north London, a young lawyer called Mohandas Karamchand Gandhi dropped in on a law student called Vinayak Damodar Savarkar, who happened to be frying prawns at the time. Savarkar offered Gandhi some of his meal; Gandhi, a vegetarian, refused. Savarkar allegedly retorted that only a fool would attempt to resist the British without being fortified by animal protein.

The meeting is said to have begun hostilities between the two young Indian nationalists; whether or not the story is apocryphal, there were real reasons for antipathy. The two men had very different approaches to the struggle against Britain. Gandhi, who became leader of the Indian National Congress (INC), was a pacifist with an inclusive attitude towards Muslims and Christians. Savarkar, who would lead the Hindu Mahasabha, was a right-wing majoritarian who spawned the idea of hindutva, or Hindu-ness—the belief that the Hindu identity is inseparable from the Indian identity. Congress eclipsed the Mahasabha and, since history belongs to the victors, the story of India’s independence movement became one of non-violence. But the strand of thought that Savarkar represented was more important than is generally recognized, and is enjoying a revival. 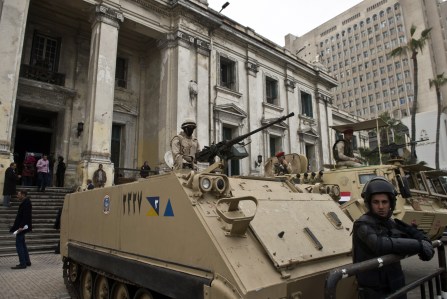 Alexandria, once the pulsing cosmopolitan heart of the Arab World, is now the base of Egypt’s Salafists, a hardline Islamist movement that has tied its fortunes to the country’s autocratic new president.

If you stand at the very top of the Bibliotheca and gaze out over the extending planes of the reading room, you can take in the Alexandria that once was and might be. That Alexandria stretched out across the Mediterranean toward the world beyond. But from this great height you see only a few dozen people sitting at the reading desks or working on the computers. Before 2011, as many as 4,000 people visited the library each day. Now the number is 200 to 300, and hours have been sharply reduced. The library, like Egypt, seems to be turning in on itself.