Coming to Chinese Headlines in 2015

From a click-bait Communist Party to a Chinese Marshall Plan, here are six major stories that flew under the radar in 2014, but won't next year.

At the end of 2013, FP’s Tea Leaf Nation proffered six predictions for Chinese headlines in 2014. Four of those six came to pass: political discussions continued to retreat back into private spheres as social media was more closely watched, “townization” became a government priority, rural consumers got more important to the country’s thriving e-commerce sphere, and Chinese-made movies took the majority of domestic box office receipts, despite the onslaught of Hollywood blockbusters like Interstellar and the latest Transformers sequel.

Two predictions were less prescient: It is not clear that noises from education authorities about making English weigh less in China’s college entrance exam have soured students’ enthusiasm for learning the language, and while Taiwanese people bought an estimated $1.6 billion worth of knickknacks on the Chinese e-commerce site Taobao in 2014, it is probably fair to say that Taiwan has not warmed to Chinese products and shows, given how a student-led movement shut down the island’s legislature for more than three weeks in late March and early April of 2014 in protest of a free trade agreement with the mainland.

In an effort to replicate or to beat last year’s performance, here are six trends from 2014 likely to burst into international headlines in the new year. 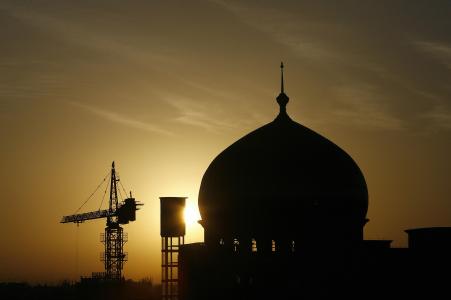 President Xi Jinping has shown that while China is largely willing to play by the rules of Pax Americana, it will try to carve out a leadership role among developing countries when it comes to trade. In particular, Xi has anchored his foreign policy initiatives on the confusingly named “One Road and One Belt” strategy (a phrase equally incomprehensible in the original Chinese). The “belt” represents the new Silk Road economic belt, roughly encompassing nations in central and west Asia, while the “road” is the 21st century maritime Silk Road, which involves nations in Southeast Asia, South Asia, the Middle East, and parts of Africa. Xi wants China to lead the effort to build trade and transport links among and between both sets of countries. Ideally, the plan would allow China to export excess production capacity, make profitable investments overseas, help internationalize its currency, the renminbi, and ultimately win more diplomatic clout. In its scope and ambition, the strategy has invited comparisons to the Marshall Plan.

2. China will become blanketed by Wi-Fi. 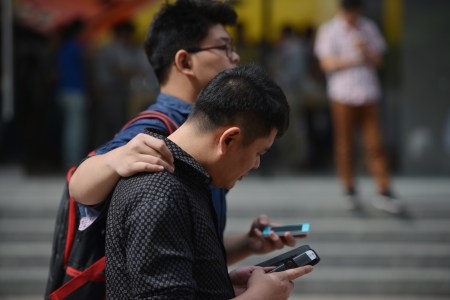 The Chinese tech start-up scene has been obsessing about “O2O,” or online-to-offline opportunities that can get the country’s approximately 527 million mobile Internet users into the doors of traditional brick-and-mortar shops. Since mobile data packages are still quite expensive in China, access to reliable Wi-Fi is one powerful inducement to would-be shoppers who also want to stare at their smartphones. In 2012, China had only five or six companies dedicated to helping businesses provide Wi-Fi to customers; by 2014, there were over 500. In 2015, Chinese Internet behemoths like Alibaba, Tencent, and Baidu are likely to intensify their competition as they seek to provide Wi-Fi services. The field might also invite regulatory scrutiny as authorities take notice of security and privacy concerns associated with sending sensitive data from cafés and malls.

3. Rural residents will become less eager to move to the big city. 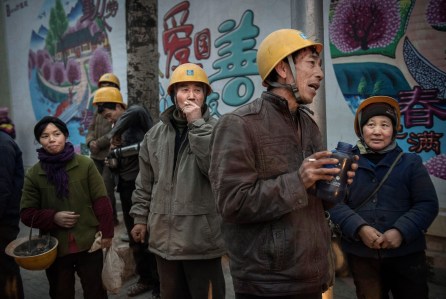 The urge of Chinese peasants to stop toiling in the soil and move to the city in search of a better life has been a primary force driving Chinese modernization for the past 30 years. But many have now realized the importance of their plot of land. For decades, the unfair household registration system, or hukou, did little to help rural folks. Nowadays, some form of health care, pension benefits, and land use rights (all of which vary widely by region) are likely to attach to a rural hukou. That makes rural residents far more likely to try to hold on to their status than they were before. It remains true even though on July 29 the government announced an initiative to wipe out the rural-urban hukou dichotomy once and for all. Implementation is still unclear, but any move that impinges upon rural residents’ land use rights is likely to invite a backlash. For urban migrant workers suffering from the astronomical cost of city living, dense smog, and discrimination against non-city natives, becoming an urbanite will continue to lose its appeal.

4. The overseas expansion of Chinese businesses will be fraught with problems. 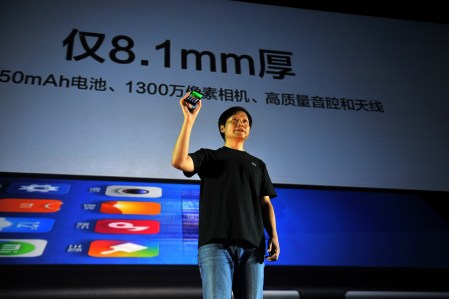 Xiaomi, a smartphone maker virtually unknown in 2011 and for much of 2012, is now a bona fide juggernaut valued at $45 billion with serious ambitions of tackling markets in countries like India and Indonesia. Chinese businesses of all sorts, private or state-owned, have answered the government’s call, “going out” of the country to pick up distressed assets, build new plants, and conquer markets abroad. But several have met with major setbacks, including the ban (now partially lifted) on Xiaomi’s sales in India over a patent row and the cancellation of a Mexican high-speed rail contract. In 2015, as Chinese money continues to flow abroad, more stories will surface highlighting the risks of Chinese businesses operating in other countries, particularly emerging markets.

5. The Communist Party will do more to protect Chinese culture. 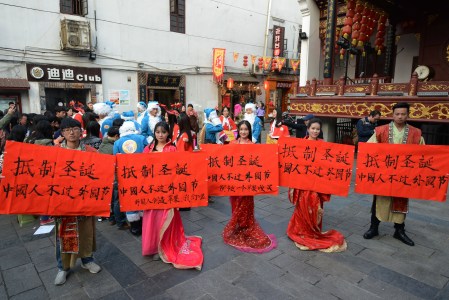 The Big Bang Theory, McDonald’s, and Christmas are all symbols of Western cultural influences that many in Chinese officialdom find troubling. (And that many Chinese people love.) President Xi has implored China’s people to show “confidence in Chinese culture,” but his appeal is unlikely to stop millions from buying roses on Valentine’s Day or lining up for lattes at their local Starbucks. Some policymakers seem to believe that the only way to stem the tide is through heavy-handed and often ham-fisted initiatives like tightening censorship over American television shows or banning Christmas. The tug of war between what the party views as an onslaught of Western cultural products, and the grassroots Chinese tendency to incorporate foreign influence into daily life, will likely heat up in 2015.

6. The party will also get more click-baity. 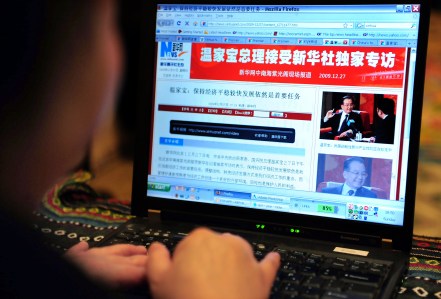 Commentaries about the party’s relationship with the Internet often focus on censorship, which jibes with the oft-repeated narrative that the Internet is a freeing force feared by authoritarian regimes. But the party seems to have come to the realization that it can harness the power of the Internet to its advantage. It’s already invested heavily in a web-only newspaper called the Paper and crafted WeChat and Weibo accounts with snazzy headlines, listicles, and shareable content. (“What color was your 2014?” and “Five quizzes for your health” are two of the recent headlines from the official Communist Party Members’ WeChat account.) In 2014, Xi and first lady Peng Liyuan were subjects of viral Internet videos and memes that were largely boosterish (except for a December meme calling upon Xi to shed a few pounds). In the coming year, the party will likely introduce more online content to attract eyeballs and occupy screen time.