Over 100,000 cadres have now been disciplined as part of President Xi Jinping's anti-graft drive.

The year 2014 was a busy one for Chinese graft-busters, according to the Chinese government’s top corruption watchdog. On Jan. 7, the Central Commission for Discipline Inspection (CCDI) for the Chinese Communist Party released year-end statistics that suggest a sharp uptick in both investigations and punishments of party members resulting from the “Eight Points” campaign, a major element of Chinese President Xi Jinping’s anti-corruption drive. According to state outlet People’s Daily, the campaign targets “extravagance, formalism and bureaucratism” and includes requirements that officials take simple transportation, avoid banquets, and “learn from the masses.” The CCDI claimed that in 2014, it had undertaken 53,085 such investigations, disciplined 71,748 cadres, and “severely disciplined” 23,646 as part of Eight Points: 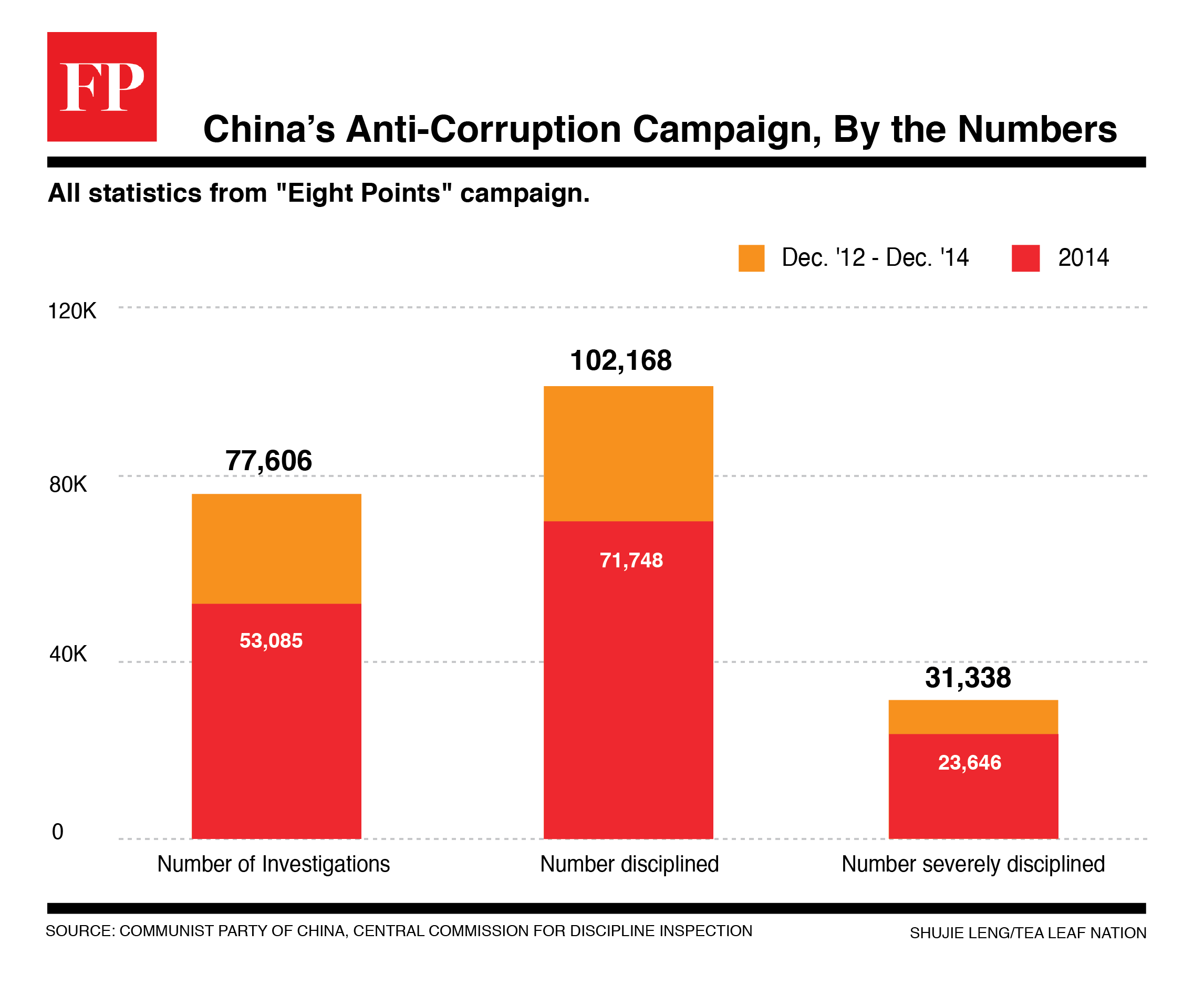 Those numbers reflect a doubling and in some cases trebling of CCDI activity compared with the 13 months from December 2012 to year end 2013, which reflected 24,521 investigations, 30,420 instances of discipline, and 7,692 instances of severe discipline. (Stand-alone statistics for 2013 have not been made available; the Eight Points drive began in December 2012.) But the numbers are not altogether surprising. In September 2014, CCDI released numbers showing an accelerating rate of punishments resulting from Eight Points.

Since September 2014, the number disciplined on a monthly basis has fallen somewhat, though it’s still higher than it was at the start of the year: 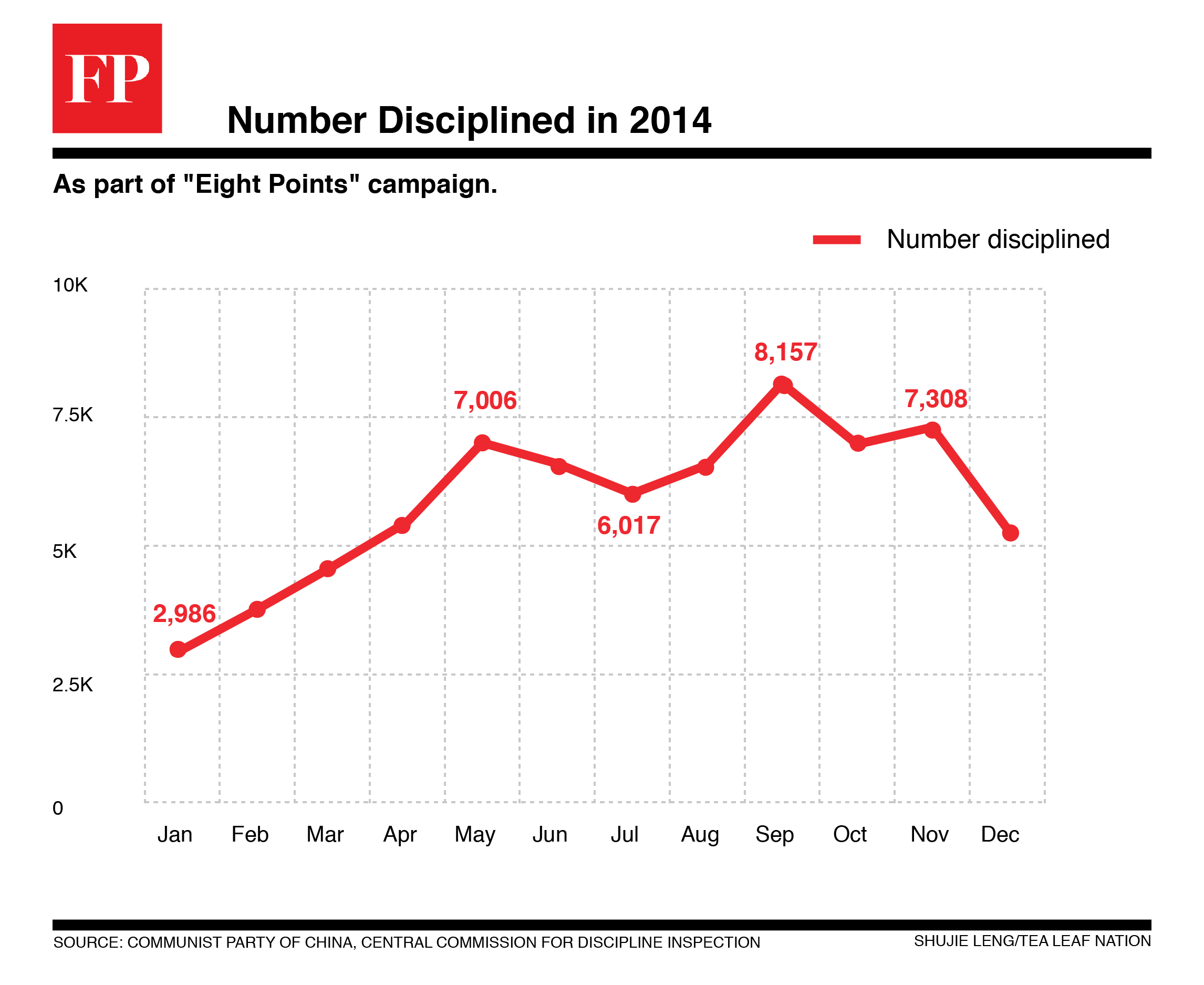 (Monthly numbers above and below do not add up precisely to 2014 totals, likely because authorities adjusted data for certain months after monthly totals were released.) However, it was November, and not September, that marked the yearly high for instances of “severe” discipline: 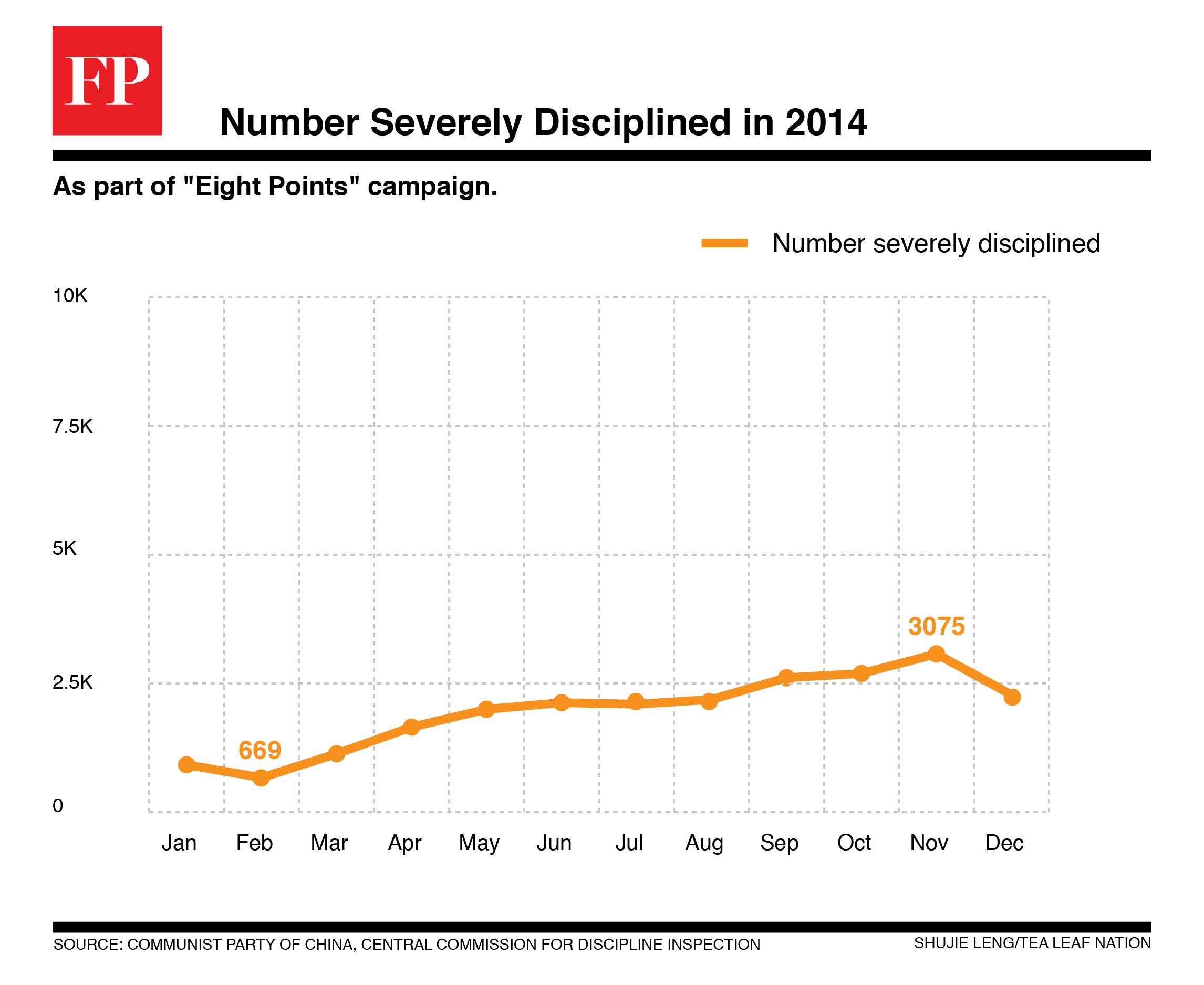 CCDI’s press release does not clarify what distinguishes “severe” discipline from garden-variety discipline. But a report (available online) from the party discipline commission of Jiangsu province reporting on provincial results from the Eight Points campaign lists punishments for party members in order of magnitude from warnings to supervision to expulsion from the party. (Similar penalties are listed for government officials; however, in China, the vast majority of government officials are also party members.)

Investigations also peaked in September, and have dropped since, while remaining significantly higher than they were at the outset of 2014: 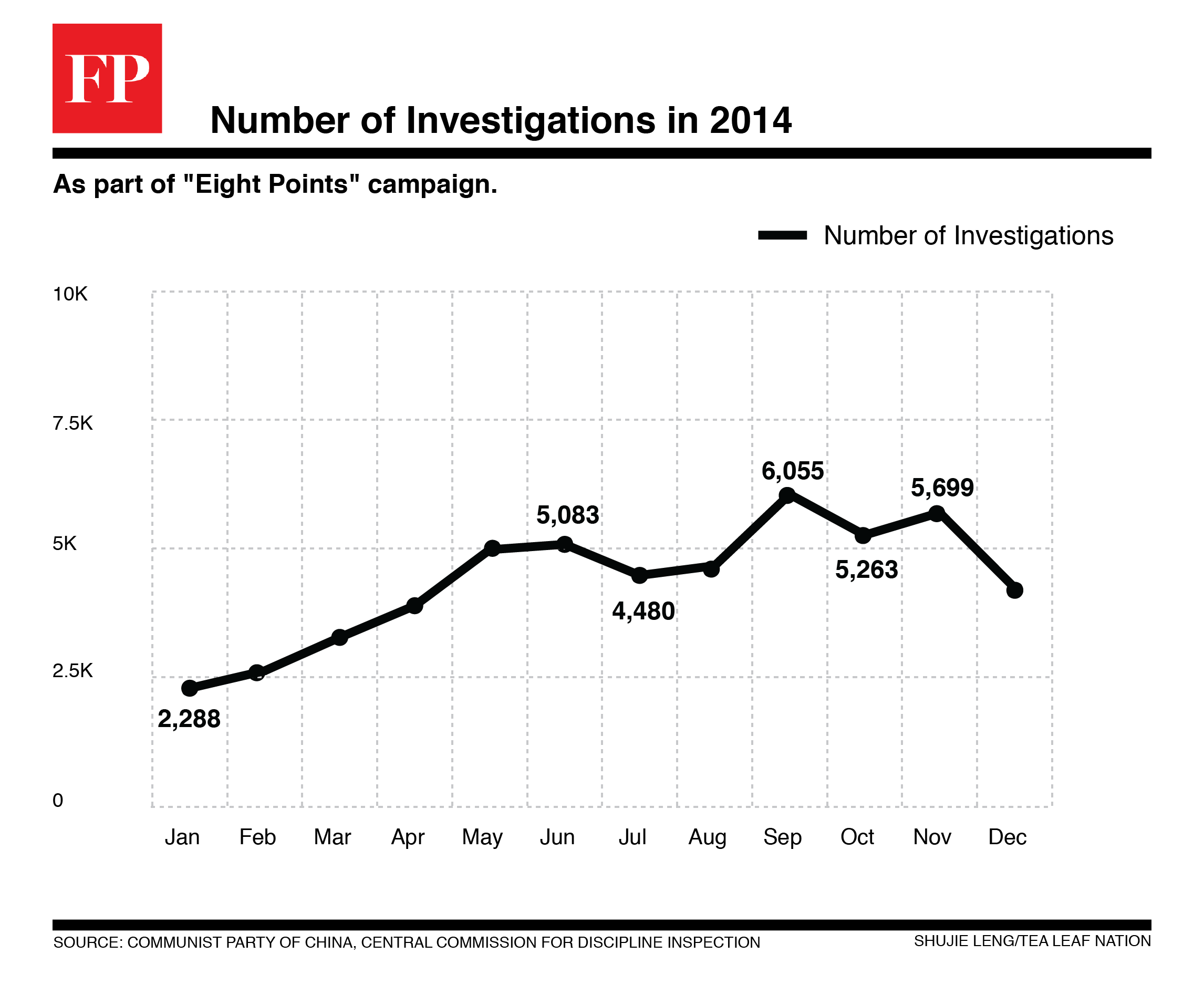 It’s not rare to see more instances of discipline than investigations — a single investigation can net more than one official — but it’s a bit surprising to see data for investigations move in relative tandem with that for discipline. That’s because investigations into corrupt behavior can often be complex, taking several months or even several years before they yield definitive findings that result in punishments. Here, Chinese authorities seem to be plowing through more quickly, perhaps eager to send a message to cadres: Be afraid.

Images copyright Foreign Policy Group. Do not reproduce without permission.