“AMERICAN SOLDIERS, WE ARE COMING, WATCH YOUR BACK. ISIS,” said one tweet. “ISIS is already here, we are in your PCs, in each military base,” said another.

That type of aggressive and threatening language is nothing new for the multitude of Twitter accounts controlled by the Islamic State and its supporters. But the tweets didn’t come from one of those accounts: They came from the official account of U.S. Central Command, which was hacked by apparent backers of the militant group between 12:30 p.m. and 1 p.m. on Monday, Jan. 12.

Attached to the tweets were what appeared to be the phone numbers, addresses, and emails of American military generals.

“With Allah’s permission we are in CENTCOM now,” read a page linked to by the tweets. “We won’t stop! We know everything about you, your wives and children.” 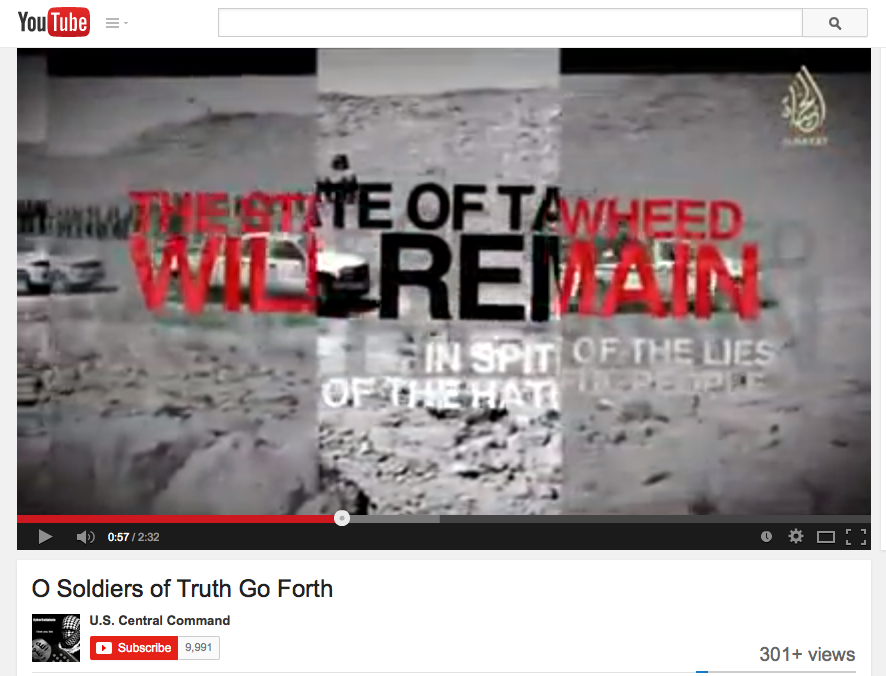 At the end of one, fiery letters reading “Flames of War” appeared in the style of a movie trailer above the words “fighting has just begun,” followed by “Coming soon, God willing” in Arabic, with an English translation. 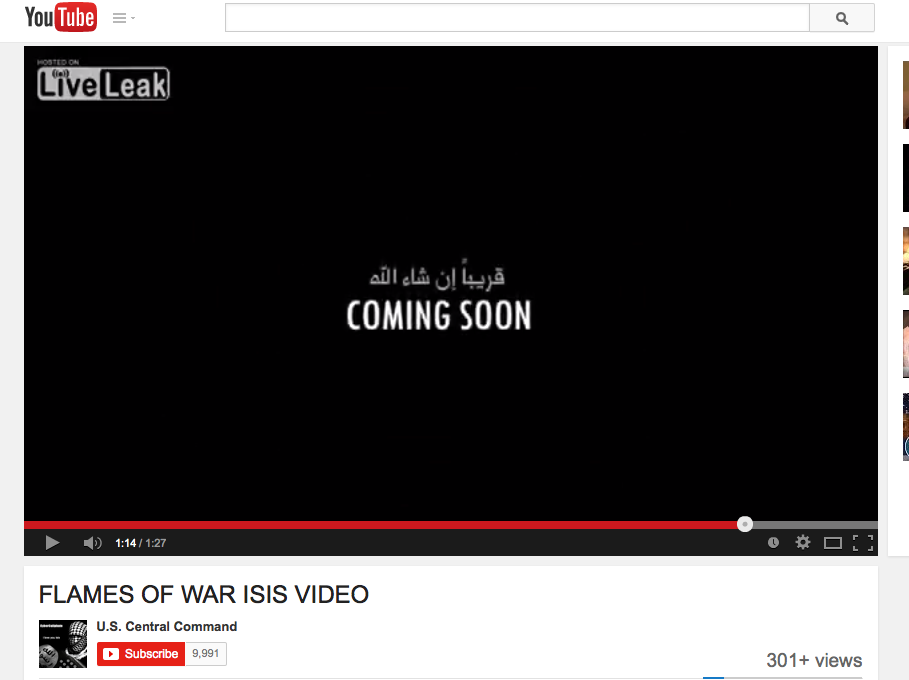 In a response to the hack later on Monday, Centcom stated that its “operational military networks were not compromised and there was no operational impact to U.S. Central Command” due to the hack. “CENTCOM will restore service to its Twitter and YouTube accounts as quickly as possible. We are viewing this purely as a case of cybervandalism,” the statement added.

During the hack, Centcom’s Twitter profile and background photo displayed a black-and-white image of an Islamic State fighter and the words “CyberCaliphate” and “I love you isis.” 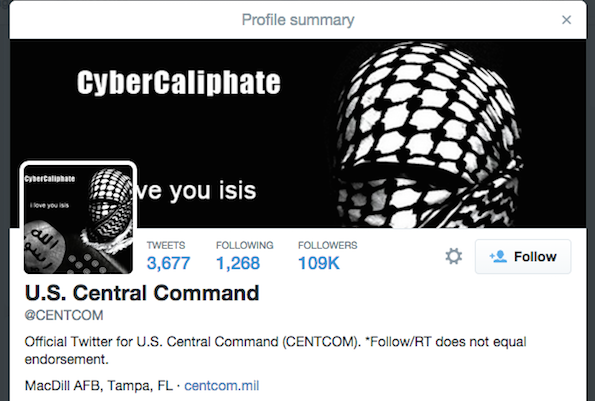 The hackers also tweeted images of plans with maps of military “scenarios” in China and Korea, along with the message “Pentagon Networks Hacked!” 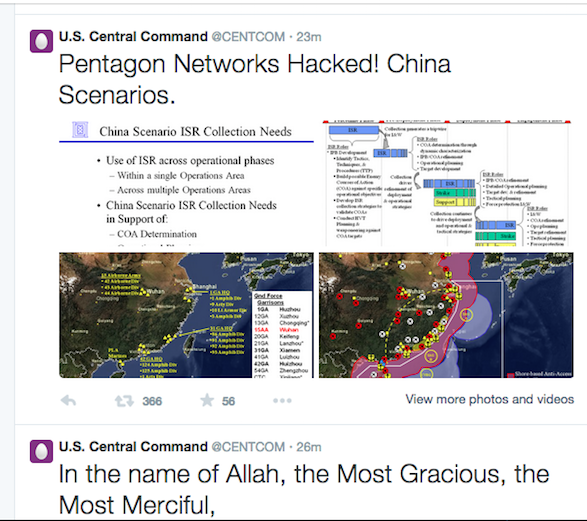 Centcom said its “initial assessment is that no classified information was posted and that none of the information posted came from CENTCOM’s server or social media sites.”

“We are notifying appropriate DoD and law enforcement authorities about the potential release of personally identifiable information and will take appropriate steps to ensure any individuals potentially affected are notified as quickly as possible,” it said.

The military command’s Twitter account was suspended as of around 1 p.m. Pro-Islamic State tweets — including one of what purported to be photos of an officer’s wife — remained on Centcom’s Russian-language account for a few more minutes before that account was also suspended.

“Assaults from cyber-jihadists will become more common unless the administration develops a strategy for appropriately responding to these cyberattacks — including those like the North Korea attack against Sony,” he said in a statement. “Without laying out the rules of the game for offensive responses and having direct consequences, cyber threats and intrusions from our adversaries will continue and escalate.”

Images via Twitter.com and YouTube.com

Justine Drennan was a fellow at Foreign Policy. She previously reported from Cambodia for the Associated Press and other outlets. Twitter: @jkdrennan
Tags: Cyber Security & Hacking, Department of Defense, Islamic State, Military, Terrorism