Snap Poll: How Likely Is War With Russia in the Next 10 Years?

We asked more than 1,000 scholars about immigration, leaving Iraq, and whether the United States and Russia are on a collision course.

When it comes to old wars, ongoing wars, and wars yet to come, international relations (IR) scholars mostly agree that leaving Iraq was a good thing. In this they share the public’s opinion.

But the latest Snap Poll of IR scholars — conducted by the Teaching, Research, and International Policy (TRIP) project at the College of William & Mary, in collaboration with Foreign Policy — shows that IR experts diverge from mainstream public opinion when it comes to other hot topics: whether a great-power war is likely over the next 10 years, how to address the problem of the Islamic State, and the topic of immigration. The Snap Poll includes responses from 1,395 out of all 4,187 IR scholars at U.S. colleges and universities. (See the complete TRIP Snap Poll results here.)

This third TRIP Snap Poll was part of a much larger survey conducted of all IR scholars in more than 30 countries. The highlights of the U.S. survey will be published next week along with the launch of Foreign Policy‘s Ivory Tower Index — a ranking of the top international relations schools for undergraduates, master’s degrees, and Ph.D. programs.

Wars of the Future?

Experts on both regions are somewhat less optimistic than their colleagues, but the gap between regional experts and other scholars widens dramatically when it comes to China. East Asia scholars reported war with China to be 1.47 times more likely than other scholars. Scholars of Russia and the former Soviet Union reported war with Moscow being only 1.16 times more likely than other scholars, but this difference is not statistically meaningful. Still, scholars judged war with Russia more likely overall. The average perceived risk of war with China for all scholars was 1.91, while the same figure with respect to war with Russia was 2.55, on a scale of 0 to 10. 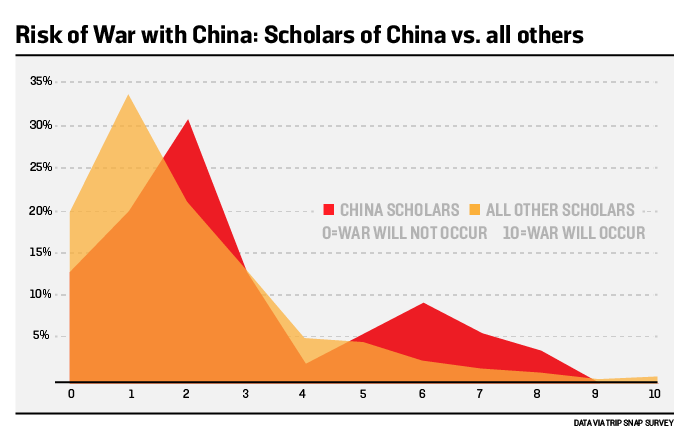 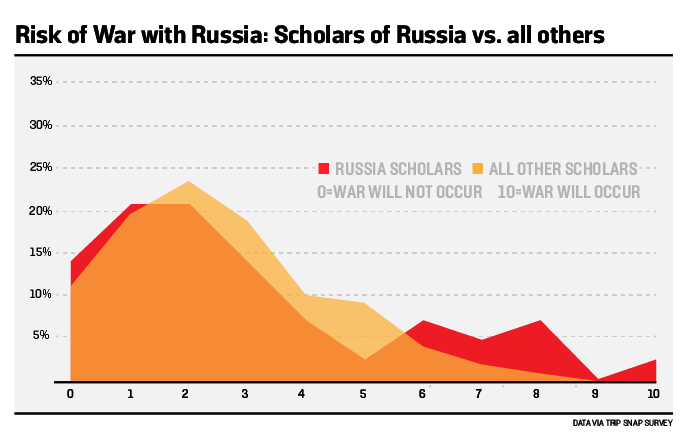 We also asked IR scholars whether they thought the United States and Russia were headed back toward a Cold War and compared the results to a March 2014 Gallup poll that asked the same question of the public. Scholars are significantly less likely than the general public to believe that the United States and Russia are entering a new Cold War: Only 38 percent of scholars thought that such a conflict was conceivable, while 50 percent of the public thought it was indeed possible. 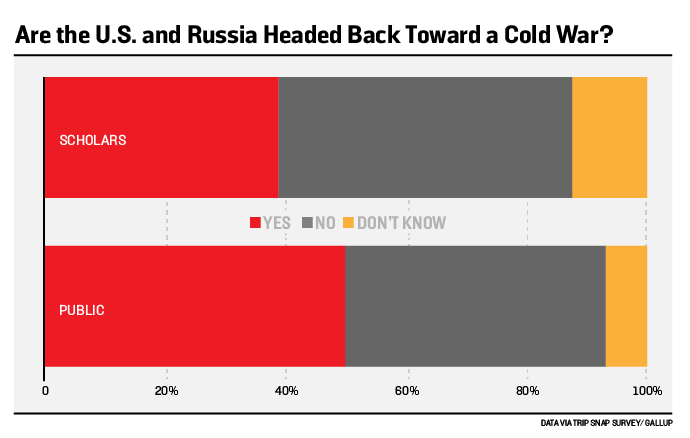 Generational theories of social psychology suggest that older scholars who actually lived through the Cold War might be more likely to interpret current tensions through the lens of concepts that were central to IR during the time that they came of age. And this appears to be the case with these survey results. Those scholars who graduated from college during the Cold War are much more pessimistic about U.S.-Russia relations than those who graduated in the post-Cold War period. 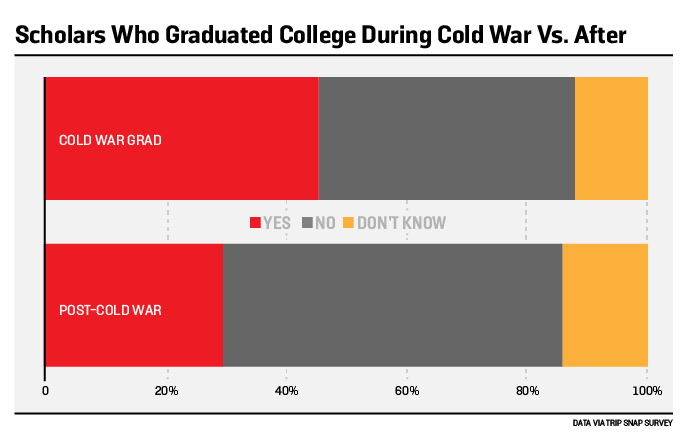 There has been a vibrant public debate on immigration recently, both between the White House and Republicans in Congress, and also within the GOP — where grassroots conservatives are opposed to increased immigration while pro-business Republicans favor some loosening of current restrictions. But the findings in this survey reveal a different divide. Comparing our Snap Poll results with the results of a June 2014 Gallup poll shows that IR scholars differ sharply with the U.S. public on immigration. In fact, the gap between scholars and the public is greater here than on any other issue on which we polled. Scholars are far more likely than the general public to support increasing the level of immigration into the United States and much less likely to support restrictions on immigration. 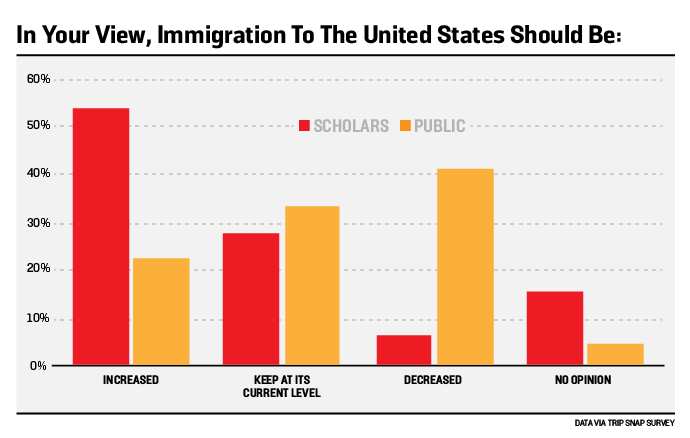 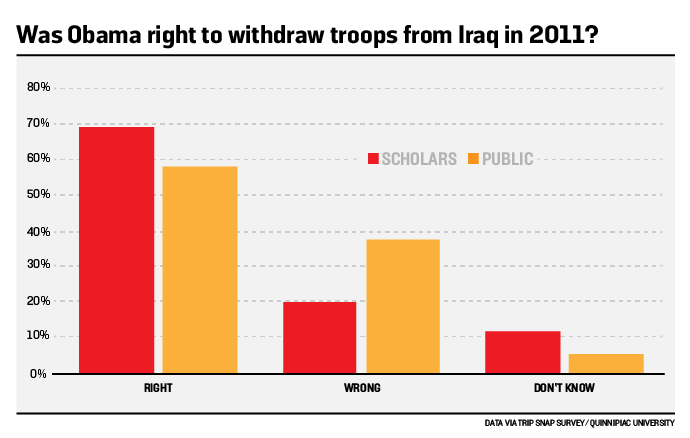 How to Judge Facebook’s New Judges