While the Western world refuses to recognize Russia’s annexation of Crimea, one of its largest newspapers just did.

While the Western world refuses to recognize Russia’s annexation of Crimea, one of its largest newspapers just did.

On Tuesday, the front page of USA Today displayed a map of Ukraine that does not include the Crimean peninsula, which Moscow seized last year and voted to formally annex in March.

A spokesperson for the newspaper giant did not immediately respond to a request for comment. Gannett’s flagship broadsheet is the top U.S. newspaper by total average daily circulation, a figure that includes digital readership.

It’s unclear if the exclusion of Crimea, first flagged by a loyal FP reader, is the result of a conscious editorial decision or a mistake, but the newspaper’s major competitors, the Wall Street Journal and New York Times, have chosen to include the Black Sea peninsula in the country’s borders despite Moscow’s de facto control of the territory.

The United States, the European Union, and a host of other countries maintain a non-recognition policy toward Russia’s land grab in Crimea. Last March, the U.N. General Assembly passed a non-binding resolution declaring the peninsula’s referendum on seceding from Ukraine invalid.

In October, soccer’s governing body, FIFA, issued an apology after event organizers of the 2018 World Cup showcased a map that included Crimea as a part of Russia. 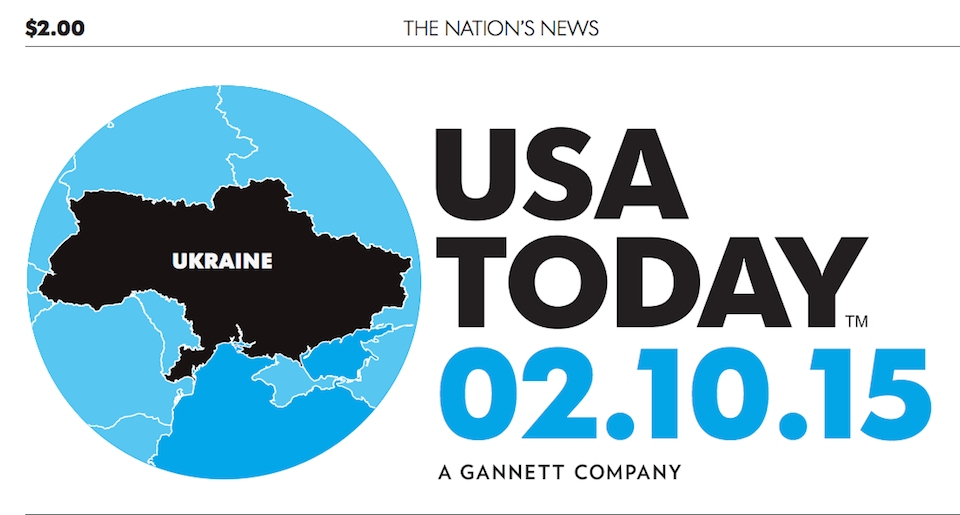 Why China Just Doubled Down on Australia