Every weekend, Longform highlights its favorite international articles of the week. For daily picks of new and classic nonfiction, check out Longform or follow @longform on Twitter. Have an iPad? Download Longform’s new app and read all of the latest in-depth stories from dozens of magazines, including Foreign Policy. “Homeward,” by Brooke Jarvis, California Sunday. ... 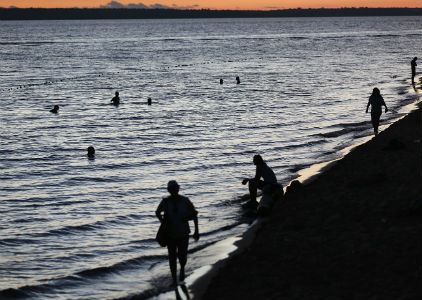 When Hugo Lucitante was a boy, his tribe sent him away to learn about the outside world so that, one day, he might return and save their village. Can he live up to their hopes?

“The change came when he was only a year older than his godson is now. To Hugo it seemed sudden, but it was something that his father, Bolivar Lucitante, and other leaders of the small Cofán community of Zábalo had been thinking about for some time. For decades, they had witnessed the intrusions of oil companies and colonists. They had watched their hunting grounds shrink and their people get sick. They had tried fighting back, sometimes with spears, and fleeing deeper into the jungle, but when there was nowhere left to go, they decided that they needed a new plan. Opportunity presented itself in the form of an idealistic 22-year-old American college student named Miranda Detore, who spent three months with the Lucitantes while studying tourism in the region. Before she left, Detore agreed to an unlikely plan proposed by Bolivar. Hugo, who at 10 years old spoke only Cofán and had never been more than a few miles away from the Aguarico, would leave his village deep in the Amazon and return with Detore to her home in Seattle. His job, at first, would be to learn English, but with time expectations grew: He would get a Western education, he understood, so that he could return to Zábalo to help guide his people through a changed and confusing world. He would start with the fourth grade.” 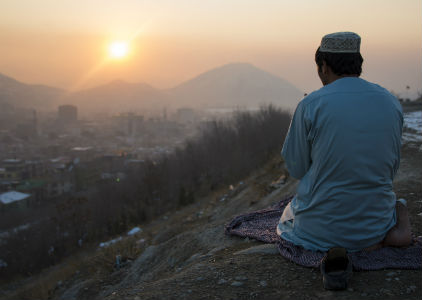 “From Afghanistan With Love,” by Mujib Mashal, Matter.

Critics call it “the radio of pimps and vagina-sellers.” But a popular new call-in show is helping a generation of Afghans navigate a battlefield full of strife and confusion and fear: modern love.

“When you’re examining the public expression of a condition — love — that is relatively new to an entire country, every detail matters. Until the beginning of the U.S. war and the fall of the Taliban, relationships — at least as the Western definition of relationships — hardly existed. Segregation was enforced. Marriages were arranged. Dating ran contrary to tradition. There was faith and families and slowly growing to love whoever it was you were told to be with. Then came liberation from the Taliban and more freedom for women to come out of the house and, soon enough, an explosion of dating—offline, but largely online and over the phone. With dating came a new kind of “love,” one that is much more familiar to the West, but one that has caused an understandable and not insignificant amount of confusion here because, while young people have started a slow, dicey exploration of modern relationships, the rest of society still clings to ultra-conservative values. So love invariably leads to some kind of heartache, which is what people call in to Arman FM to talk about: their doomed and broken hearts.” 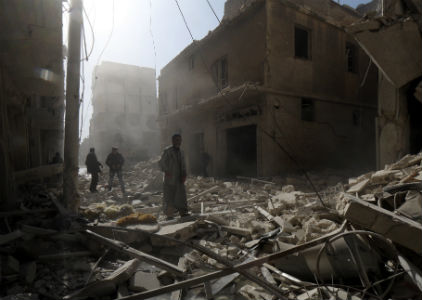 “Lost in Syria,” by Nicholas Schmidle, the New Yorker.

A troubled Army vet clandestinely joined the fight against Assad. Then an adventure turned into a tragedy.

“Harroun and the activist planned to fly to the southern Turkish city of Gaziantep and then cross the border into Syria, where the activist would arrange to leave Harroun with another Free Syrian Army commander. (The activist, whose family remains in Syria, asked for his name to be withheld.) On January 4, 2013, Harroun told his mother, ‘I will be in Syria for 1 month, then take a break for a couple weeks.’ He was bringing his iPhone but doubted that he would find a reliable Internet connection. He warned her that it might be a while before she heard from him. 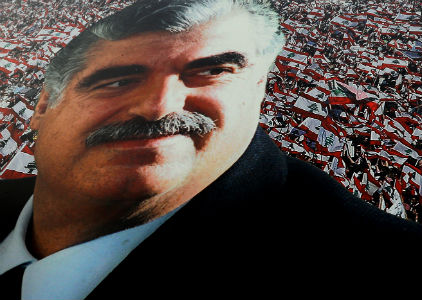 Reconstructing the investigation into Rafik Hariri’s assassination, for which five men stand trial in absentia.

“On Jan. 15, 2005, Mohammed called Adass. He said he had a surprise for him. Would he come see? The next morning, a car pulled up in front of Adass’s home, and he got in. He told his parents he’d return soon to help them clean the carpets, as he had promised. He took nothing with him. A day later, Mohammed called Adass’s family. He told them Adass was going to Iraq and hinted that the purpose of the journey was to join the Sunni fighters there. He said Adass would not see them again.“ 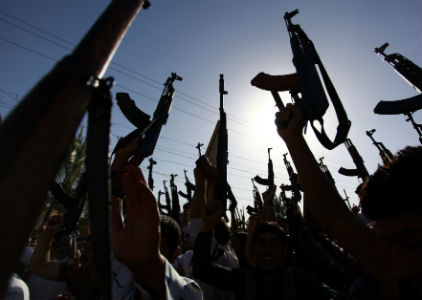 “The World War Inside Islam,” by James Traub, Foreign Policy.

Why the United States can do very little to alter the course of events in the Middle East right now.

“What kind of ‘world war’ do we now find ourselves in? The only world war of the 19th century, that between France and Britain in the decades after the French Revolution, was — despite France’s republican pretensions — a classic struggle for mastery between great powers. World War I constituted the last of these geopolitical, rather than ideological, convulsions. Global struggle since that time has been precipitated by totalitarian ideologies that seek to extend themselves across the globe. Both the struggle against fascism and the struggle against communism, though global in their geographical spread, were wars between a liberal and a profoundly anti-liberal conception of how to organize Western society.

Islamist extremism presents the exact opposite situation — a war inside a non-Western civilization that has overtaken and consumed the West.”

Germany’s Christian Democrats Are on a Comeback Mission

Germany’s Christian Democrats Are on a Comeback Mission