The leaflet in the style of a graphic novel tells young men joining the Islamic State that they're headed for quick deaths.

Early on the morning of March 16, an American F-15E fighter jet swooped over Raqqa province in Syria and delivered an usual payload over the Islamic State’s stronghold: Propaganda leaflets depicting the militant group as a meat grinder. 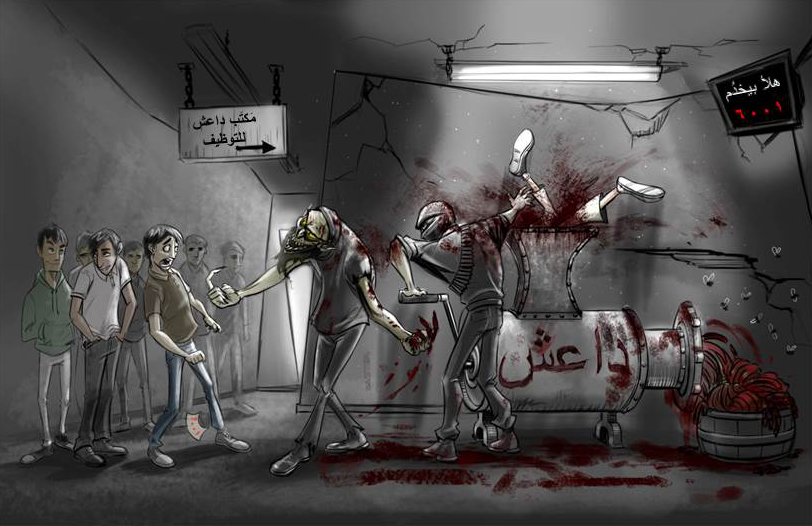 The jet dropped some 60,000 copies of the leaflet, which depicts Islamic State recruiters as ghouls leading their rookie soldiers toward a quick, bloody death, according to a statement by Cmdr. Elissa Smith that accompanied the image’s release by the Pentagon Thursday.

The sign above the line of young men reads “Daesh Recruiting Office,” referring to an alternate name for the Islamic State militant group. The meat grinder is labeled “Daesh” and the television screen in the top right corner reads “now serving 6001,” which is the number on the ticket dropped by the man at the front of the line.

The gory pamphlets deliver an obvious message: Join the Islamic State for a quick, awful death.