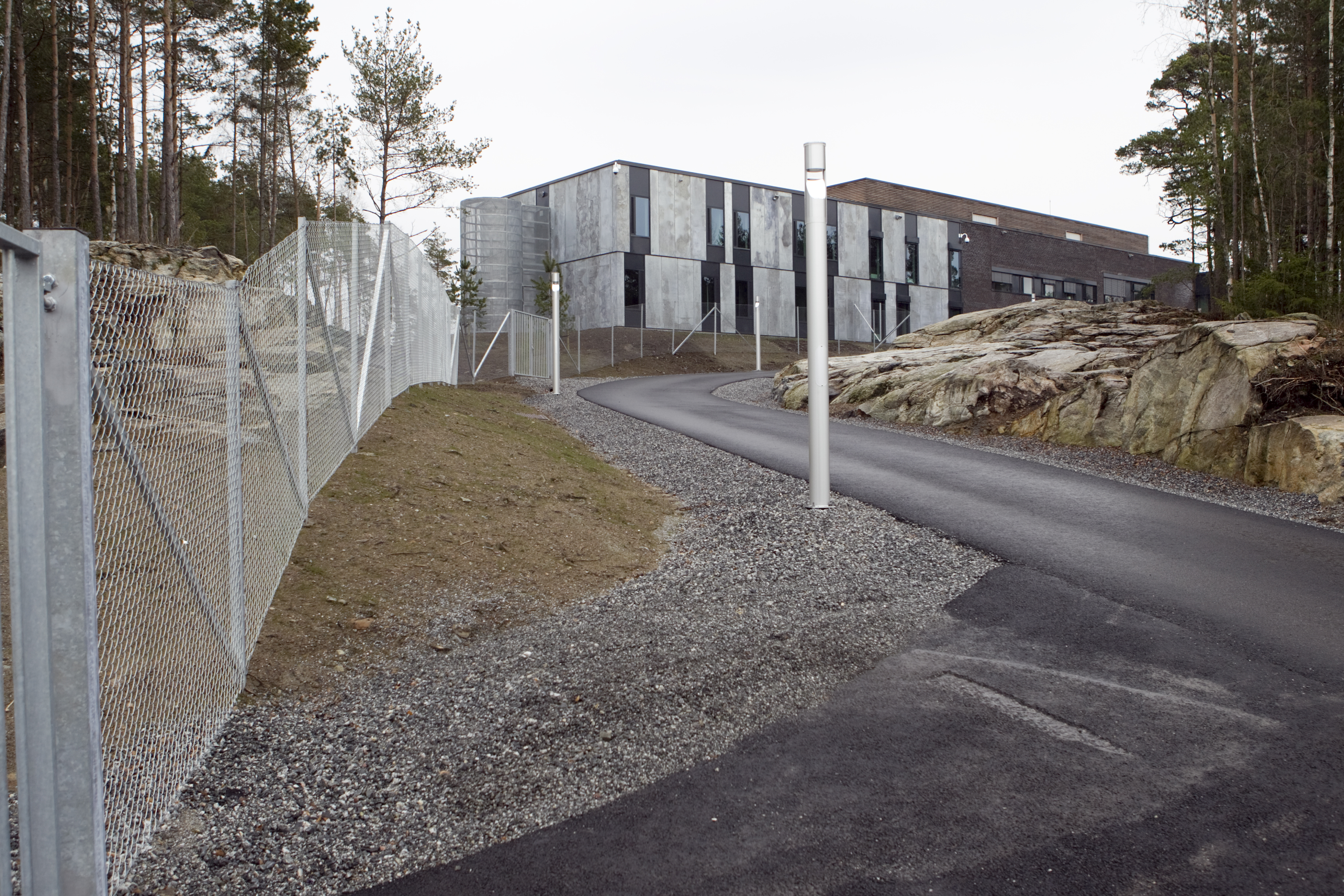 The goal of the Norwegian penal system is to get inmates out of it.

“Like everything else in Norway, the tw­o-­hour drive southeast from Oslo seemed impossibly civilized. The highways were perfectly maintained and painted, the signs clear and informative and the speed-­monitoring cameras primly intolerant. My destination was the town of Halden, which is on the border with Sweden, straddling a narrow fjord guarded by a 17th — century fortress. I drove down winding roads flanked in midsummer by rich green fields of young barley and dense yellow carpets of rapeseed plants in full flower. Cows clustered in wood-­fenced pastures next to neat farmsteads in shades of rust and ocher. On the outskirts of town, across from a road parting dark pine forest, the turnoff to Norway’s newest prison was marked by a modest sign that read, simply, HALDEN ­FENGSEL. There were no signs warning against picking up hitchhikers, no visible fences. Only the 25-­foot-­tall floodlights rising along the edges hinted that something other than grazing cows lay ahead.” 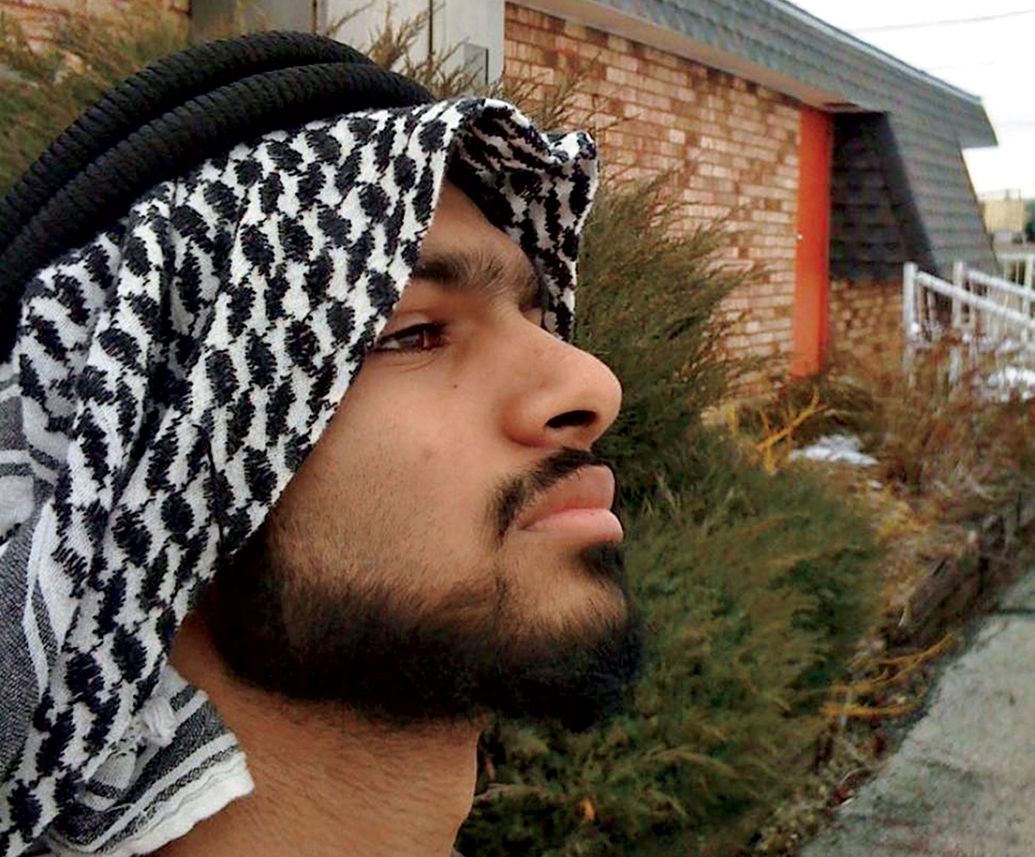 “The Children of ISIS,” by Janet Reitman, Rolling Stone

Why did three American kids from the suburbs of Chicago try to run away to the Islamic State, and should the Feds treat them as terrorists?

“On the day he planned to make his sacred journey, or hijra, to the Islamic State, 19-year-old Mohammed Hamzah Khan woke up before dawn at his house in the Chicago suburb of Bolingbrook, Illinois, and walked to the nearby mosque to pray. It was Saturday, October 4th, 2014, an unusually cold morning, though Hamzah, a slender young man with a trimmed black beard, was dressed for warmer weather in jeans, boots and a gray sweatshirt. By sunset, he’d be gone for good: leaving his parents, his friends, his country and all he knew for an unknown future in the ‘blessed land of Shaam,’ as he called Syria. He would be taking his teenage brother and sister with him. Allahu Akbar, he prayed with the men in his family, and tried to banish his doubts: ‘God is great.'” 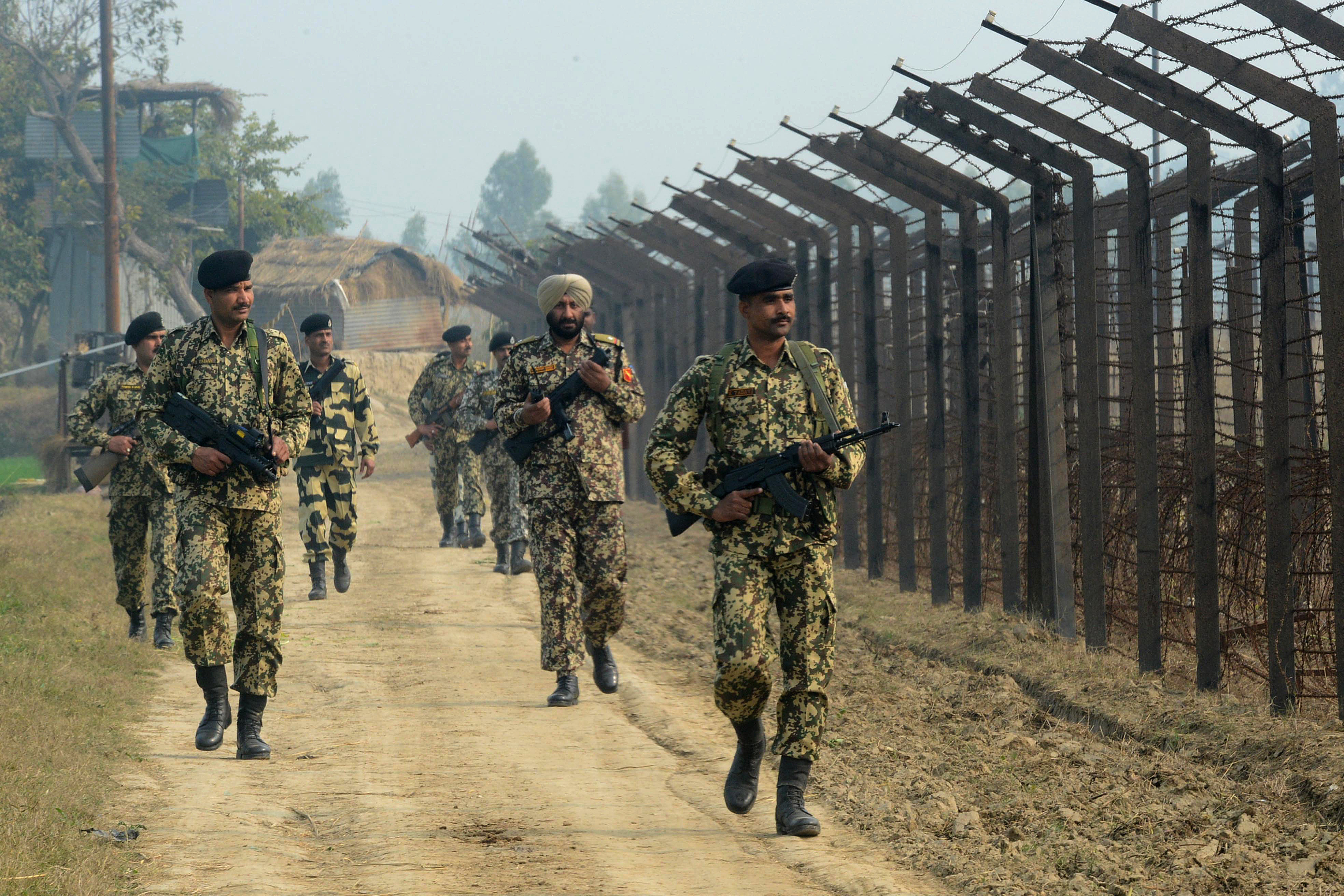 India’s Great Wall: Travel along the border districts of the east and you will see it unfurling slowly through the simmering green farmlands of Bengal.

“All national borders are imaginary. But some are more imaginary than others. And perhaps some nations are more imaginative too. Somewhere in the labyrinths of the New Delhi bureaucracy, tucked within the recesses of the Ministry of Home Affairs, is a bureau called the Department of Border Management. The DBM, sometimes with just the flourish of an ink pen, conjures the sinuous, unsteady line that separates the triangle of the subcontinent from the mass of Asia. India’s shortest border, according to the department, is its ninety-nine mile border with Afghanistan. This one is especially imaginary, since it’s been in Pakistani hands for the past seventy years. India’s longest border is the 2,545 mile line that encircles Bangladesh. This one is being drawn right now, with steel and electric light.” 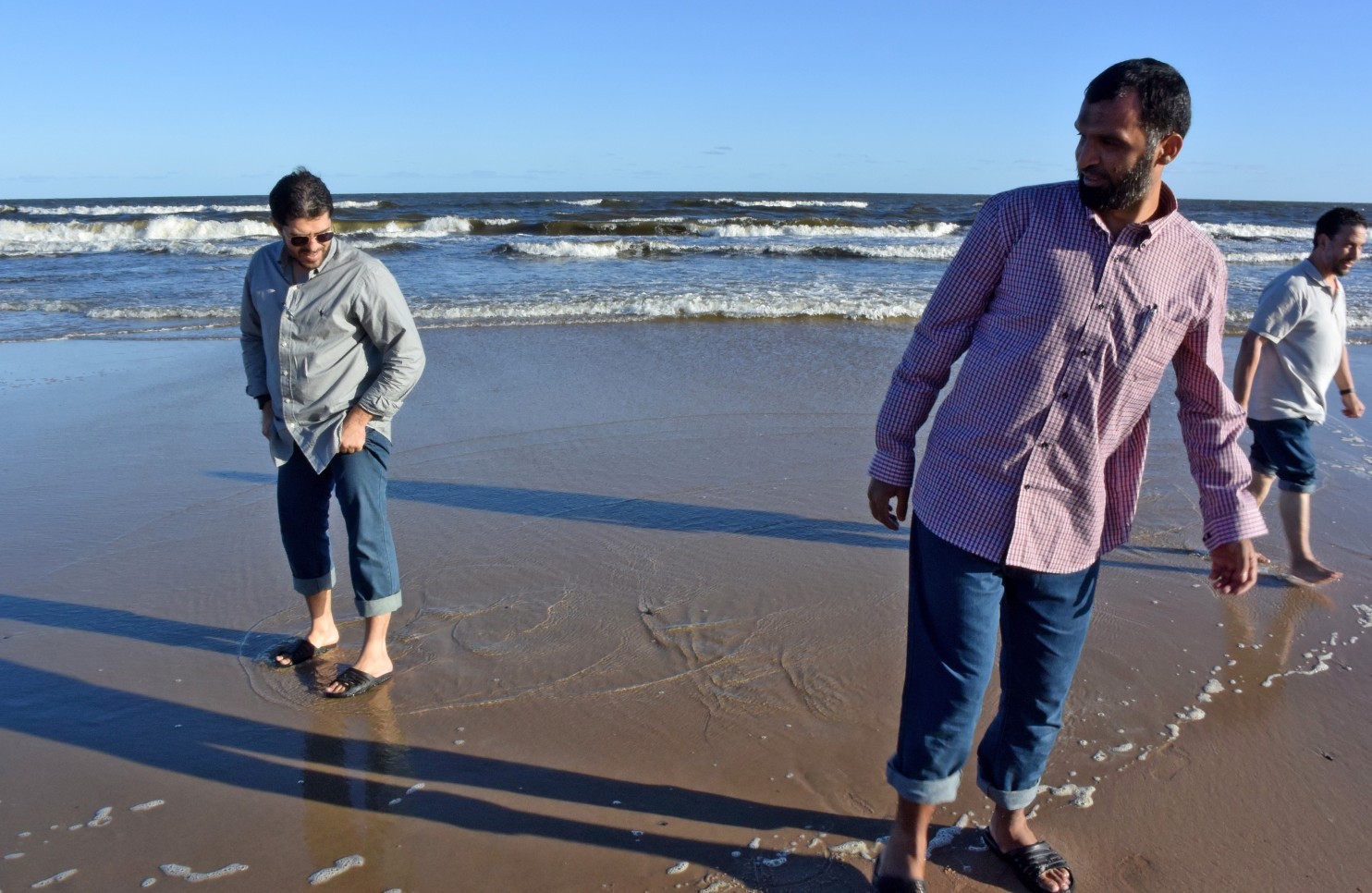 The first days of feel-good images — the spruced-up men waving from their balcony, welcoming neighbors bringing gifts of yerba mate — have given way to a more uncomfortable limbo.

“It’s been three months since Jihad Ahmed Mustafa Dhiab and five other former Guantanamo Bay prisoners moved into a four-bedroom house in Uruguay’s seaside capital, and the surroundings are still bewildering.” 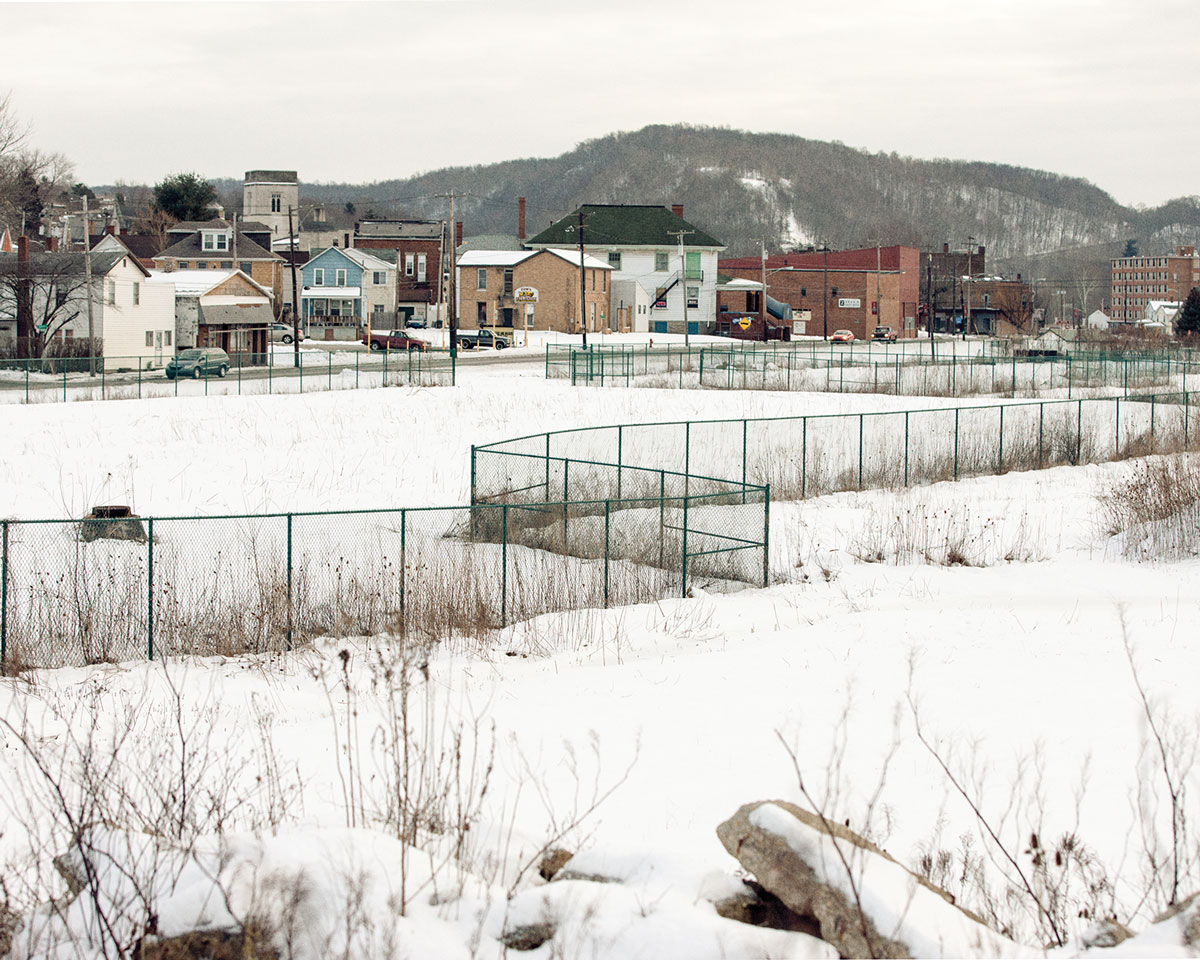 “What Lies Beneath,” by Scott C. Johnson, Foreign Policy

“In the 1960s, hundreds of pounds of uranium went missing in Pennsylvania. Is it buried in the ground, poisoning locals — or did Israel steal it to build the bomb?”

“As a kid in the 1960s, Jeff Held thought that having a nuclear company in his backyard made life more exciting in Apollo, Pennsylvania. About 2,400 people lived alongside the Nuclear Materials and Equipment Corporation (NUMEC), the town’s main employer. Held’s neighborhood subsisted on atomic lore: Just 33 miles down the road in Pittsburgh, the Westinghouse Corporation had helped construct the world’s first nuclear submarine, and in Apollo, NUMEC consequently manufactured the requisite nuclear fuel, a source of stirring pride minted by the Cold War.”