Rebecca’s War Dog of the Week: The Military had mushers

This past Sunday, the last of the mushers competing in the 2015 Iditarod crossed the finish line in Nome, Alaska. According the the race's official website, each team averages about 16 sled dogs, meaning that "1,000 dogs leave Anchorage for Nome." Tales of dog sled racing are legendary, but the first Iditarod to Nome wasn't that long ago in 1973. But decades before racing dogs were mushing across the tundra, Alaska produced some fine war dogs.

This past Sunday, the last of the mushers competing in the 2015 Iditarod crossed the finish line in Nome, Alaska. According the the race’s official website, each team averages about 16 sled dogs, meaning that “1,000 dogs leave Anchorage for Nome.” Tales of dog sled racing are legendary, but the first Iditarod to Nome wasn’t that long ago in 1973. But decades before racing dogs were mushing across the tundra, Alaska produced some fine war dogs. 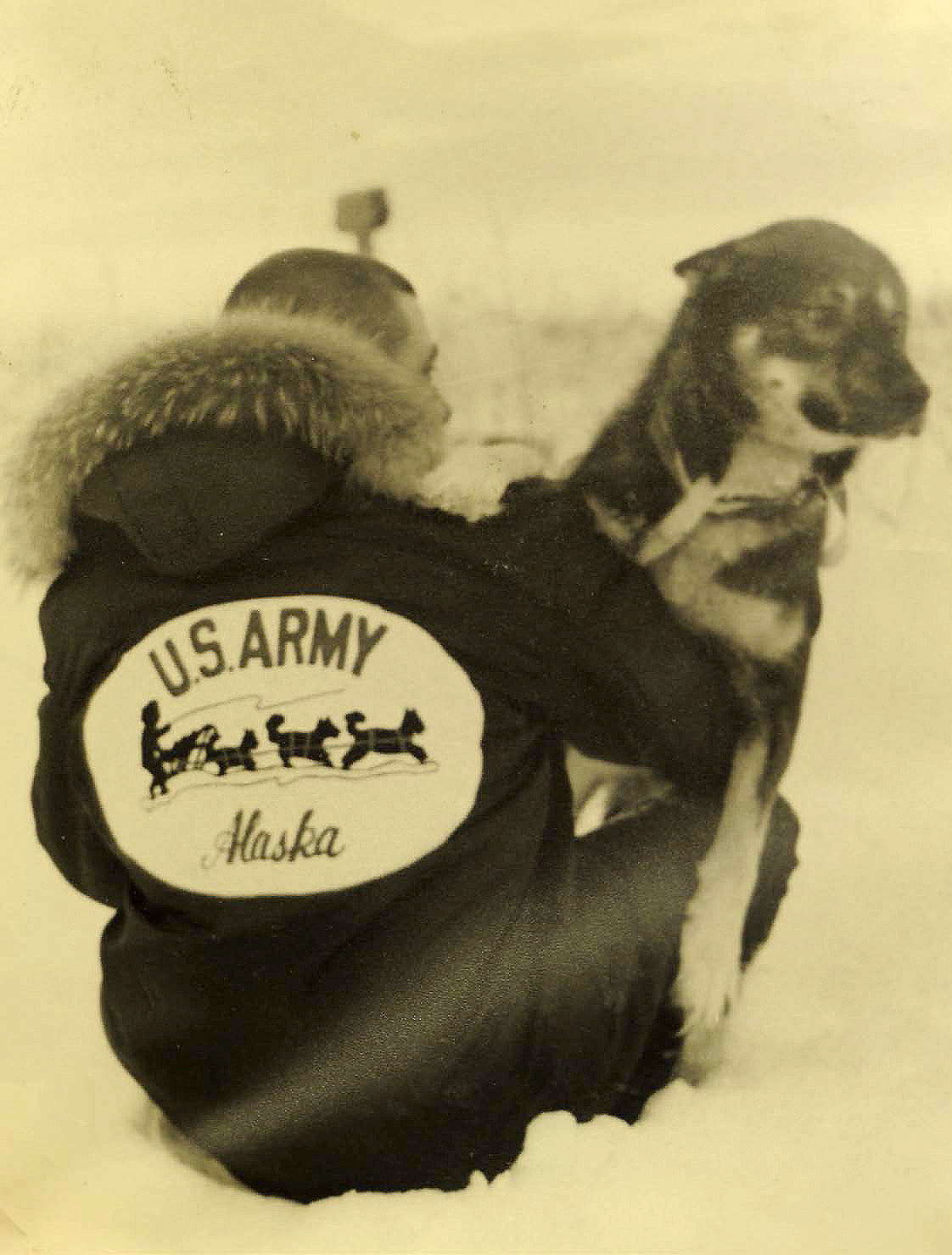 About this time last year, Wing Air Force Historian at Eielson Air Force Base in Alaska, Jack Waid, ran a three-part series (Parts I, II, and III) on Alaska’s war dogs in which he details various historical tidbits about the U.S. military’s use of sled dogs on Alaska’s military bases. (Like this dog seen seen here resting with his handler, who’s wearing a very sporty parka, sometime around 1965.) Technically speaking these sled dogs were among the U.S. military’s first. True, the military didn’t formally create a military dog program until 1942 after the bombing of Pearl Harbor, but as author Michael Lemish notes in his book War Dogs: A History of Loyalty and Heroism, “the only military working dogs to be found within the army [in 1941] were about fifty sled (sometimes called sledge) dogs in Alaska.”

Even prior to this Alaska provided dogs to France (upon request) during World War I to help navigate the snowier mountain terrain of conflict of Europe’s battlefields. Lemish and Waid provide differing numbers on this account — 400 sled dogs and 106 respectively. It seems as fair a time as any to note, again, that the United States military was sorely behind in following suit of their allies as well as their enemies and putting dogs what could’ve been life-saving use during this war. However, it would seem that the rare exception to this disappointing rule — aside from the adopted strays on the front lines who provided their natural instincts and loyal character — were the military bases of Alaska.

In fact, the War Department published a basic field manual called “Dog Team Transportation” in 1941 devoted to the care and operation of sled dogs. (If you look hard enough you can find a complete copy online.) Its 78 pages detail a manner of things from feeding instructions (with rations break downs for men and dogs), why the driver should “never” make friends with the dog “before he is thoroughly trained in the harness,” to how to deal with a tired or injured dog, and even hand-drawn diagrams of the sleds and the dogs’ “neck straps.” 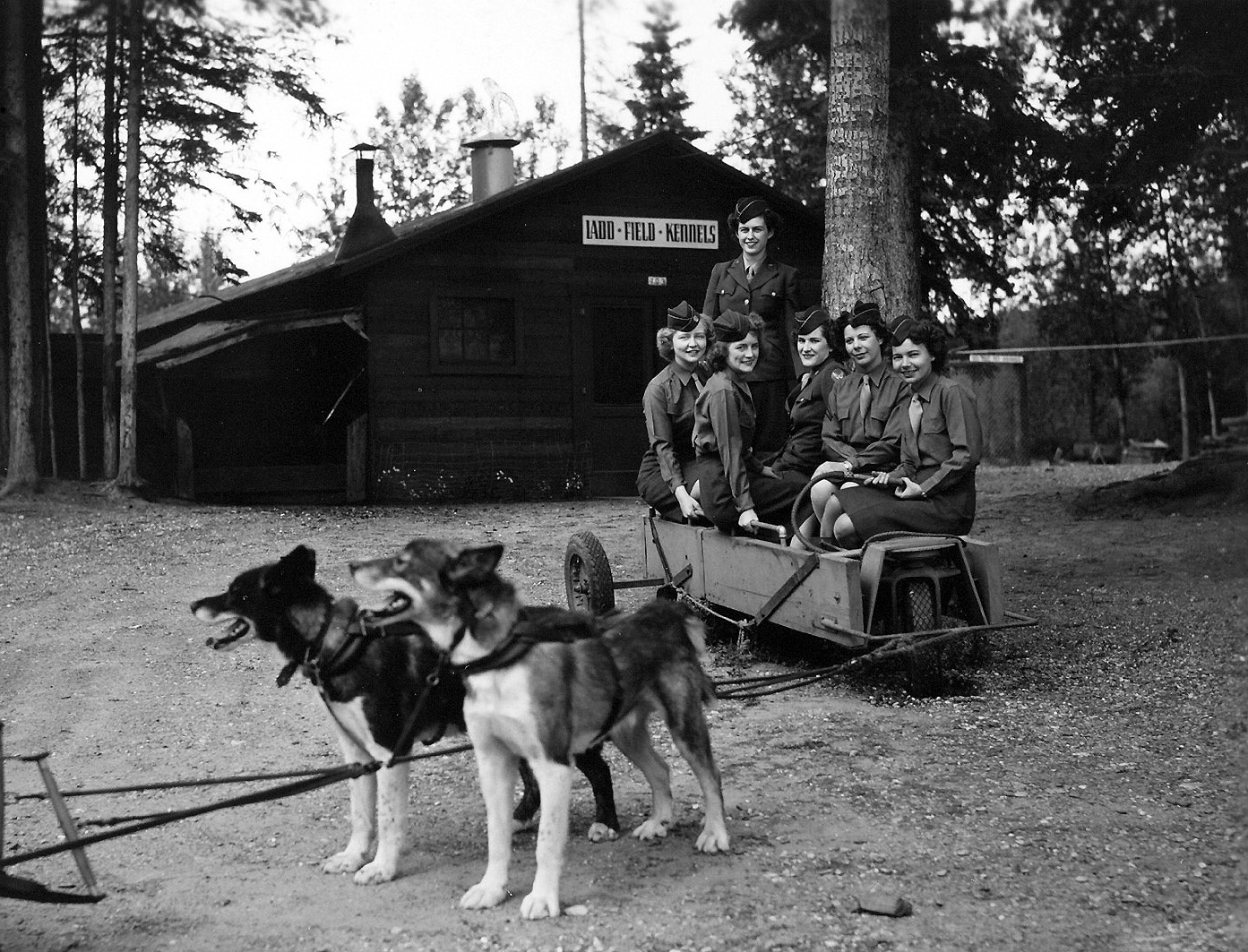 “Dog transportation is useful under conditions of snow and ice which preclude the use of horses, mules, or motorized transportation. Dogs can pull loads across country and along difficult trains where crusted or windswept snow is sold enough to support the sled on its runners.”

There were many already (in and out of the military) who could’ve articulated the wonderful, innumerable ways dogs could’ve been useful in war and in the military that aren’t found in this manual. But at the very least, in terms of acknowledging the value dogs can bring, Alaska was, in a sense, one of the first, more official steps in the right direction.

Thomas E. Ricks covered the U.S. military from 1991 to 2008 for the Wall Street Journal and then the Washington Post. He can be reached at ricksblogcomment@gmail.com. Twitter: @tomricks1
View
Comments
Tag: Rebecca's War Dog of the Week