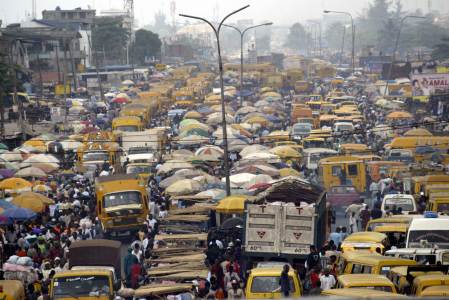 The hopes, dreams, and failures of Nigeria’s commercial capital.

“The city of Lagos takes the form of an awkwardly shaped octopus, with tentacles reaching east and west, plucking up land that was once outside of its edges or part of neighbouring states. The metropolis, the commercial capital of Nigeria, is inundated with water, a fact never more obvious than during the rainy season — about half the year. Pushed up against a lagoon, riddled with creeks and canals and lacking drains, the city sinks under the rain and roads disappear. Lagosians pull up their trousers to wade through the water and cars slow to a near-halt as they tentatively plow through rapidly forming lakes. Most residents live on what is called the mainland, the body of the octopus, where quarters continue to become denser as migrants pour into the city. Settlers build precariously on the wetlands, and the homes, constructed quickly and cheaply, routinely fall in on their residents. At least one hundred and thirty-five buildings in Lagos have collapsed over the last seven years, some of them of considerable scale and some of which were schools.” 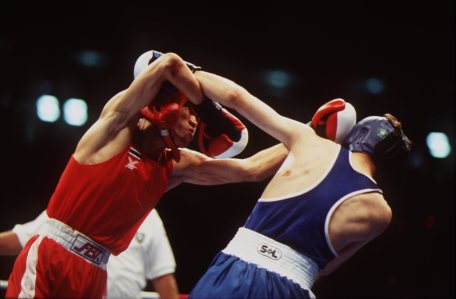 “He’s the Last Boxer to Defeat Floyd Mayweather, Jr., and He So Regrets It” by Sam Borden, the New York Times Magazine.

What happened to Serafim Todorov after the 1996 Olympic featherweight semifinals.

“For years, boxing fans — particularly Americans — speculated that Todorov’s victory over Mayweather was, at least in part, a product of suspect judging. Todorov does not discard this theory. ‘It’s possible, absolutely,’ he said. But Todorov’s real fury stems from what happened in the Atlanta final –the match after his win over Mayweather — when, he believes, he was the one unfairly beaten. He detailed the unspooling that followed: A fallout with his federation, a failed attempt at switching nationalities, missed opportunities abroad and unhealthy offers to work in the Bulgarian underworld.

Today, while Mayweather is preparing to make as much as $180 million for one fight, Todorov is trying to live on a pension of about 400 euros, about $435, a month. Slumped in a chair, Todorov gestured toward the window that looked out at the coffee hut with the banana on it. All of this, he said, all of this struggle can be traced to what happened in Atlanta. If that seems strange — remember, this is the fighter who won — then consider this other bizarre reality: The man who beat Floyd Mayweather wakes up every morning wishing he had lost.” 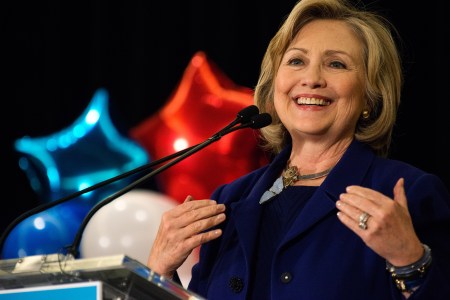 “Is Hillary Any Good At Running for President? And How Much Does It Matter Anyway?” by Jason Zengerle, New York Magazine.

Maybe Clinton isn’t a “good candidate,” as political junkies like to say. But that might not matter in 2016.

“It’s all enough to drive lay political junkies batshit. Just what, exactly, should they be obsessing about? The next news report that, say, Clinton once gave a paid speech to a waste-management firm that was hired by her family’s foundation to do relief work in Haiti while it simultaneously received capital from her son-in-law’s hedge fund, which also happens to employ the Haitian president’s niece as its in-house florist? Or the revised Q4 housing-starts report? What if, the same week that Clinton’s busted for hiring a custodial service that employs undocumented immigrants for her Brooklyn campaign headquarters, Obama announces an election-year income-tax holiday? What’s going to matter more in November 2016?

As much as a presidential race is a referendum on the candidates, it’s also a referendum on the dominant analytic style of the moment. The 2008 election was the campaign as soap opera, with an extraordinary cast of characters and the narrative suspense of the best television shows, scripted or reality. Four years later, it was Nate Silver’s world (all that mattered were the fundamentals), and the rest of us — Obama and Romney included — were just living in it, trying to parse which pollster’s numbers were skewed and whose models were best. At the beginning of this presidential election, the analytical innovations coming from the smartest academics offer a framework for following the race that is at once liberating and terrifying: Nothing really matters. Unless it does.” 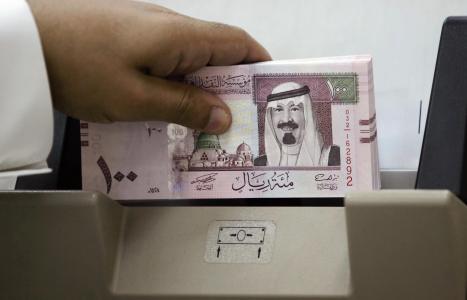 “The Kings of the Desert” by Nicholas Schmidle, the New Yorker.

An American banker, a Saudi billionaire, and a financial collapse that stunned the Middle East.

At Oxford, Stewart, who was tall and lean, with long brown hair, exuded what one classmate called a ‘sense of adventure.’ He joined a clique of theatre enthusiasts who included Rowan Atkinson, of ‘Mr. Bean,’ and Pierre Audi, a student from Lebanon, who now directs the Dutch National Opera. Audi told me that Stewart had seemed unusually attuned to other cultures. The tumult in the Middle East—the Yom Kippur War, the opec oil embargo—made a strong impression on Stewart. Where others saw a crisis, he glimpsed opportunity. He began intensive study of Arabic and Islamic history. His thesis explored Byzantine-Hamdanid relations in the tenth century and the evolution of the Christian concept of holy war. While Audi was trying to ‘run away from the Middle East,’ he told me, Stewart was charging toward it.

Stewart graduated in 1978. He wanted to pursue a career in intelligence, but the C.I.A. rejected his application. He fantasized about a life in the theatre, but, as he told me not long ago, he decided that ‘the best thing to do was to go and try to make money first.’ He passed the C.P.A. exam and worked briefly as an accountant in San Francisco, where he dated a colleague, Donna Gannon. They married, and in 1983 they moved to Saudi Arabia after he took a job in Khobar, a drab city on the Gulf coast which anchors the country’s oil industry.” 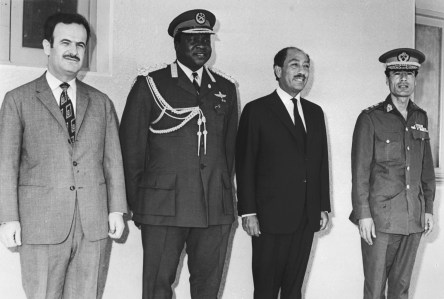 “‘This Man I Call Father'” by Justin Rohrlich, Foreign Policy.

Meet Jaffar Amin. He does voiceover work, likes MC Hammer, and posts family histories on Facebook. Oh, and his dad was Africa’s most notorious dictator.

“Jaffar doesn’t come off as some sort of evil dictator’s demon spawn, but rather as an everyday guy living in the suburbs. He spent 11 years working as a manager for DHL. These days, he picks up commercial voiceover gigs when he can — his dulcet tones have urged people to visit the Kampala showroom of a South Korean furniture company called Hwansung, to tune in to 88.2 FM, and to fly Qatar Airways.

Though I wouldn’t describe the two of us as ‘friends,’ Jaffar and I have spoken on the phone a handful of times to discuss our possible collaboration. After about a year, Jaffar’s emails started coming with signoffs like, ‘God bless you and your family.’ He recently wrote to me, ‘I owe you a wealth of thanks for bringing out the human side of my parent.'”